On Friday, April 29, Bishkek hosted the 10th meeting of the Kazakh-Kyrgyz Intergovernmental Council chaired by the Prime Minister of the Republic of Kazakhstan Alikhan Smailov and the Chair of the Cabinet of Ministers of the Kyrgyz Republic Akylbek Zhaparov.

Intergovernmental negotiations were held in a narrow and expanded format, during which the parties discussed topical issues of mutual cooperation in trade, economic, water and energy, transport and logistics, industrial and investment fields. 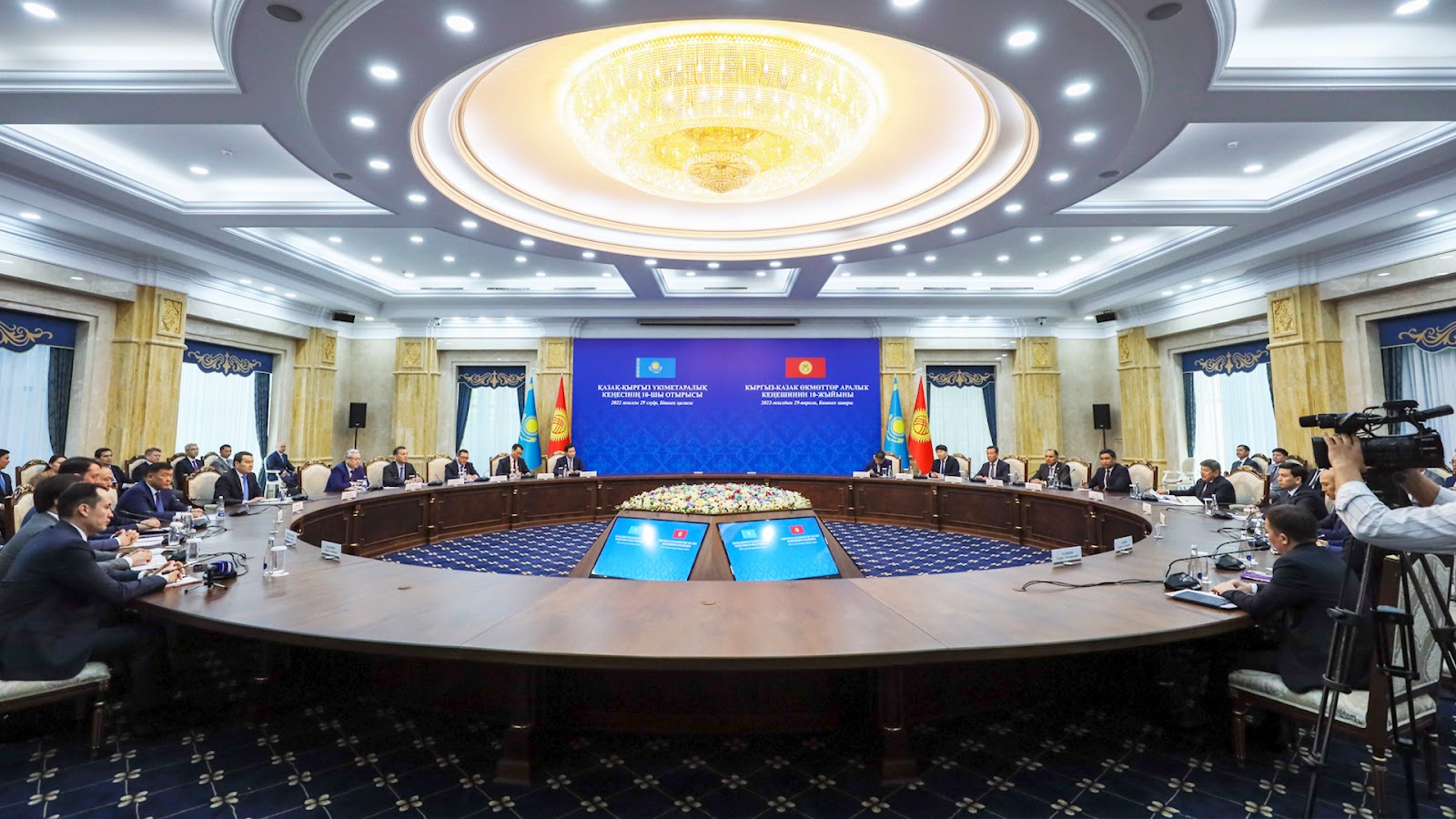 Thanking the Kyrgyz side for the warm welcome, Alikhan Smailov stressed that Kyrgyzstan is not only one of the main trade and economic partners, but also a fraternal state with which Kazakhstan has traditionally friendly relations.

The Head of the Government of Kazakhstan paid special attention to the issue of increasing trade between the two countries, which has already reached $1 billion. 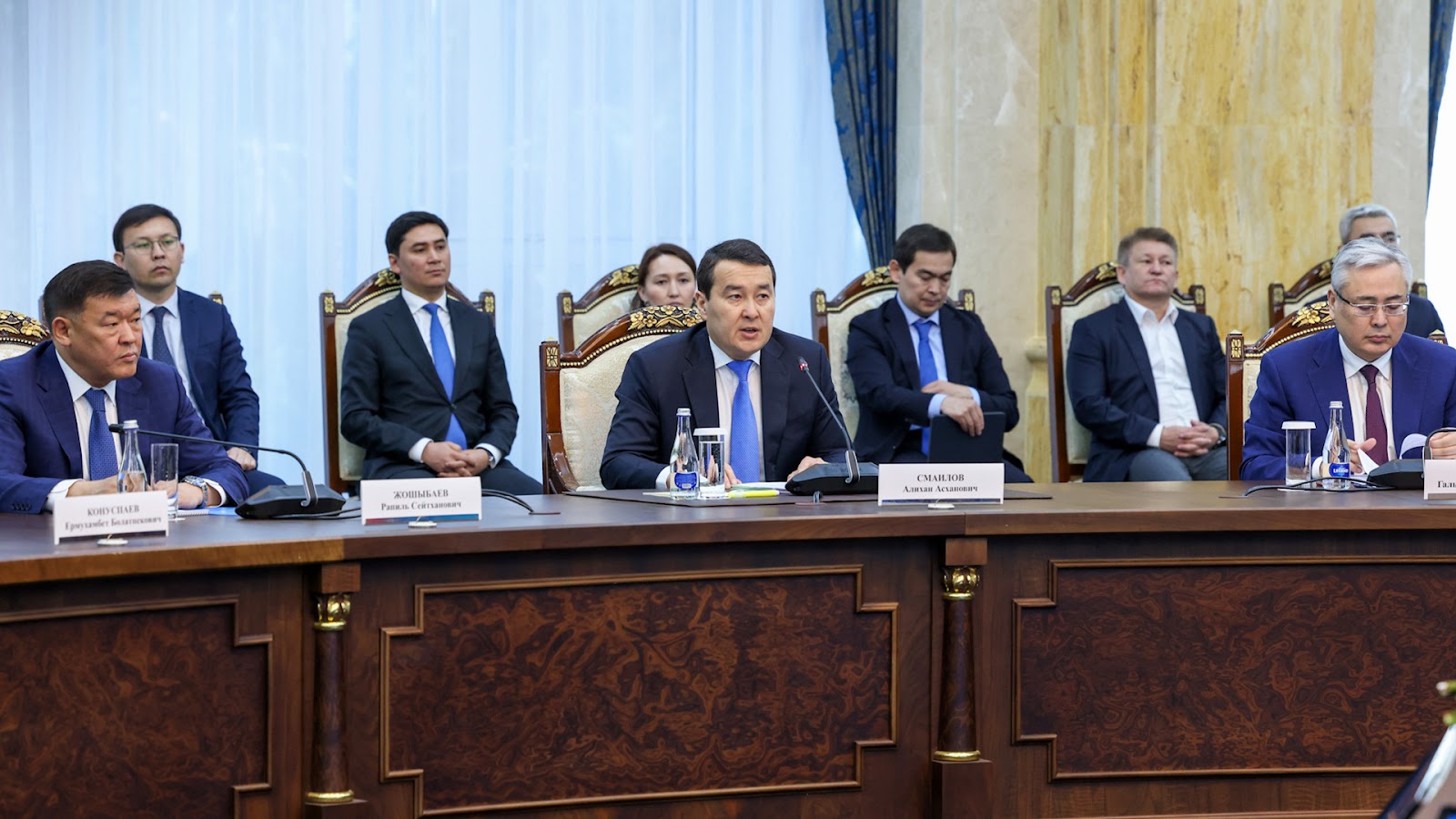 “Obviously, this is not the limit, and we have more significant potential. Now we are faced with a new task — to bring the level of mutual trade to $2 billion,” Alikhan Smailov stressed.

According to the Prime Minister of the Republic of Kazakhstan, in order to achieve this goal, it is necessary to expand the product range, intensify work on the creation of industrial trade and logistics complexes, as well as strengthen measures to combat shadow trade. 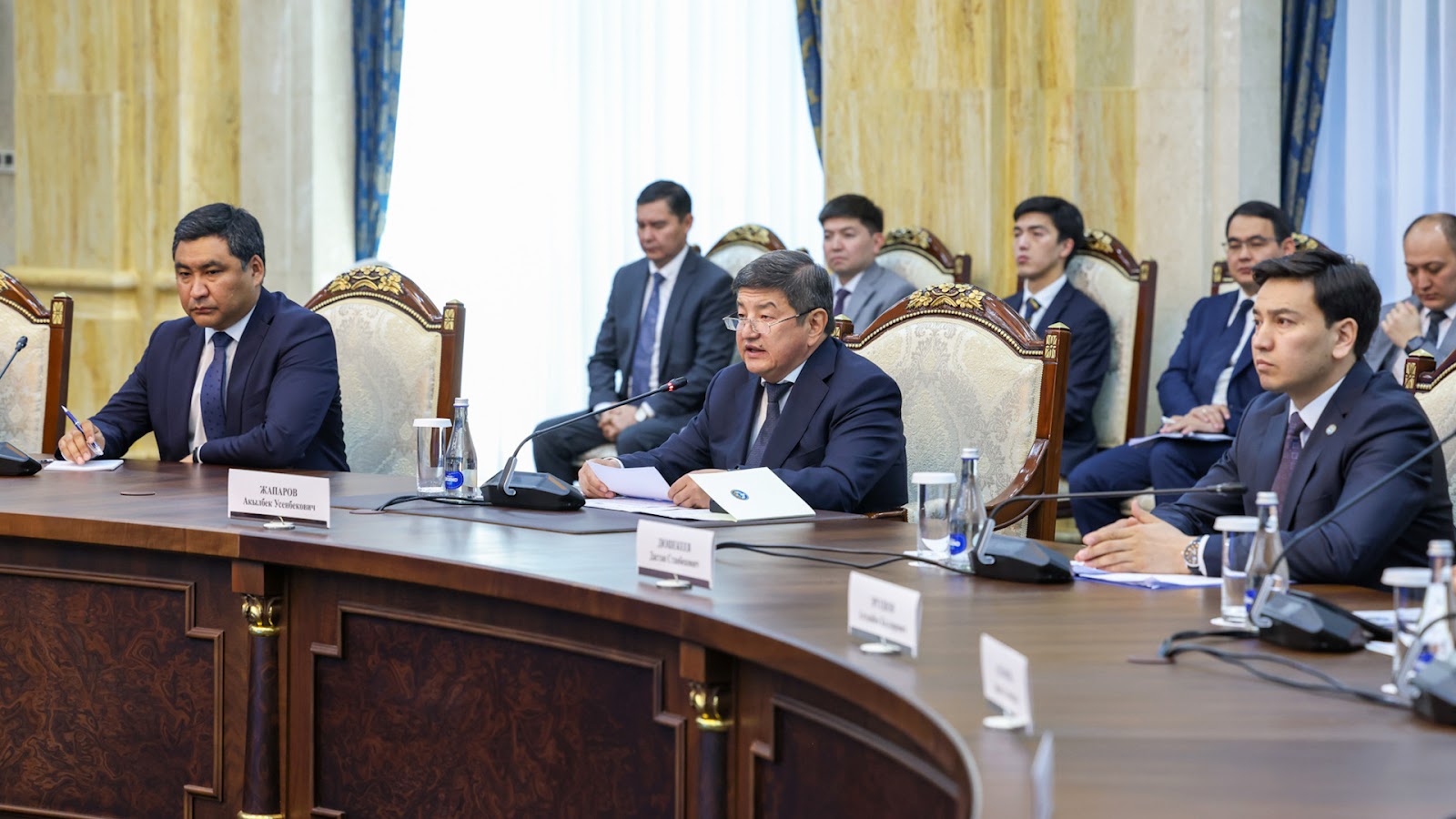 In turn, the head of the Cabinet of Ministers of the Kyrgyz Republic Akylbek Zhaparov expressed confidence that the friendly and fraternal ties that have developed between the two peoples, which are based on a common history and culture, mutual understanding and trust, will help move together towards a common goal — prosperity and improving the well-being of our peoples. 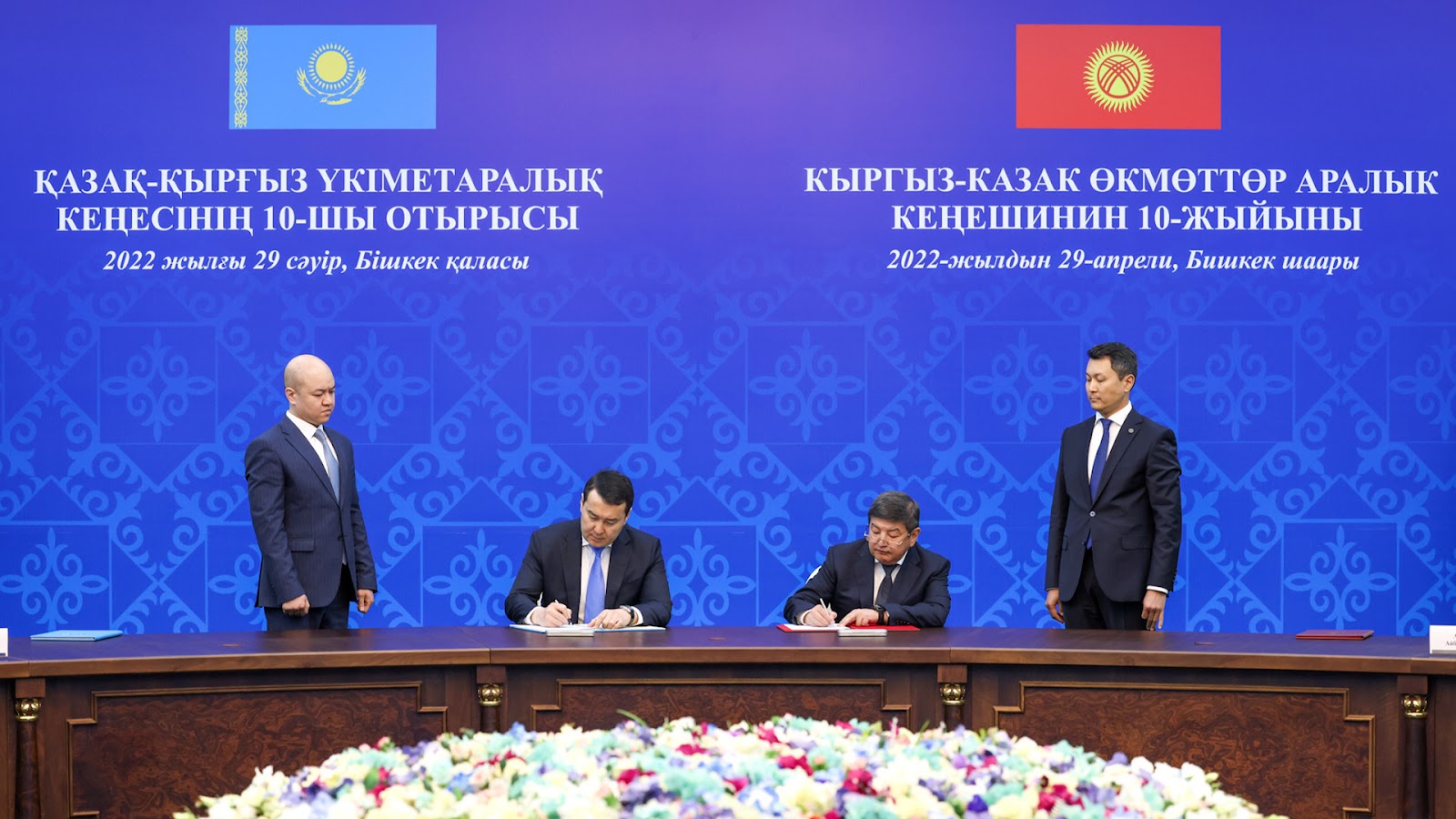 At the end of the meeting, the parties noted the fruitful nature of the negotiations and expressed their readiness to continue active interstate cooperation in the spirit of good neighborliness and strategic partnership.

As a result of the negotiations, the Protocol of the 10th meeting of the Intergovernmental Council was signed, as well as an agreement on the establishment of GFC Bishkek LLC. 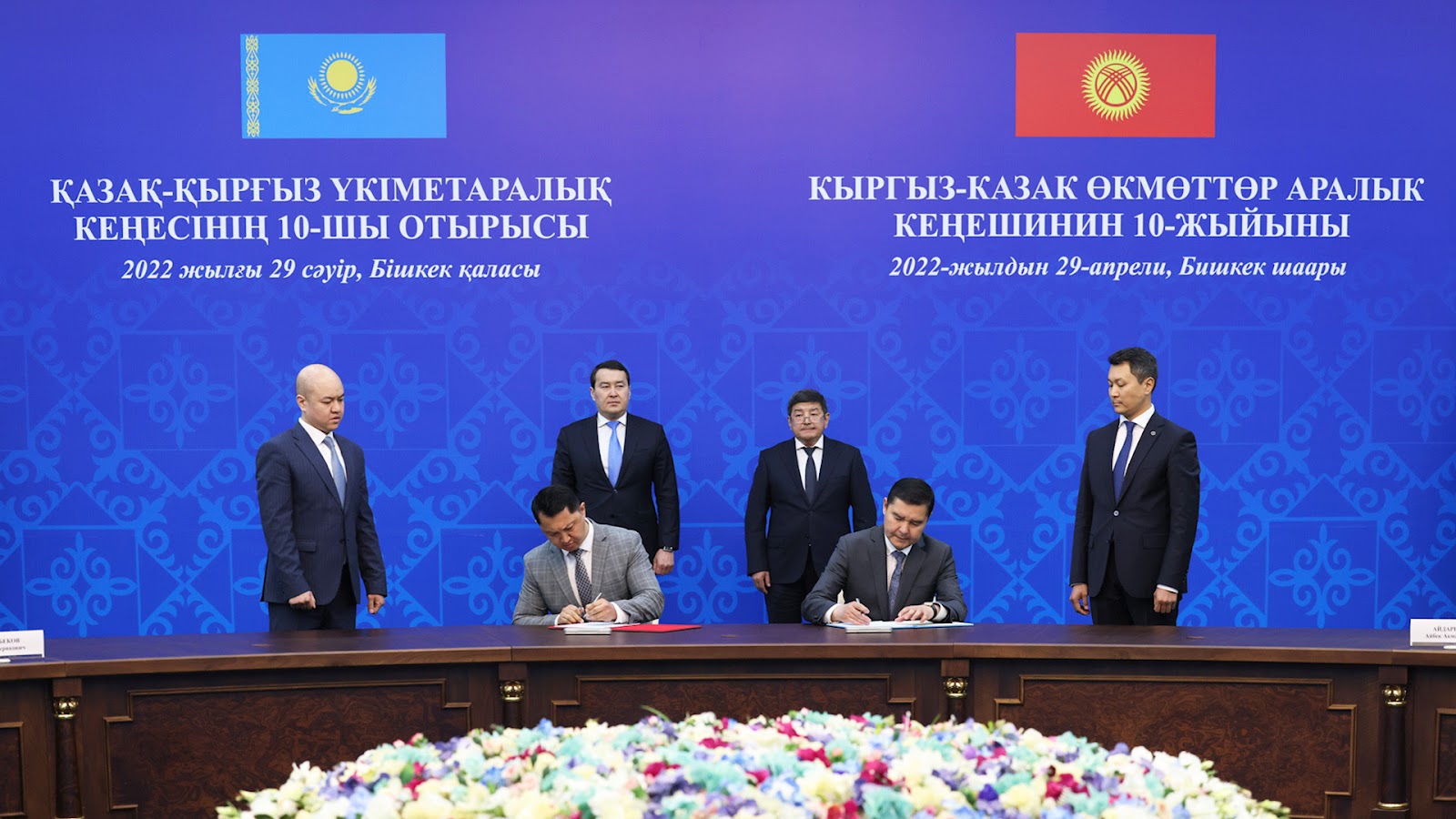