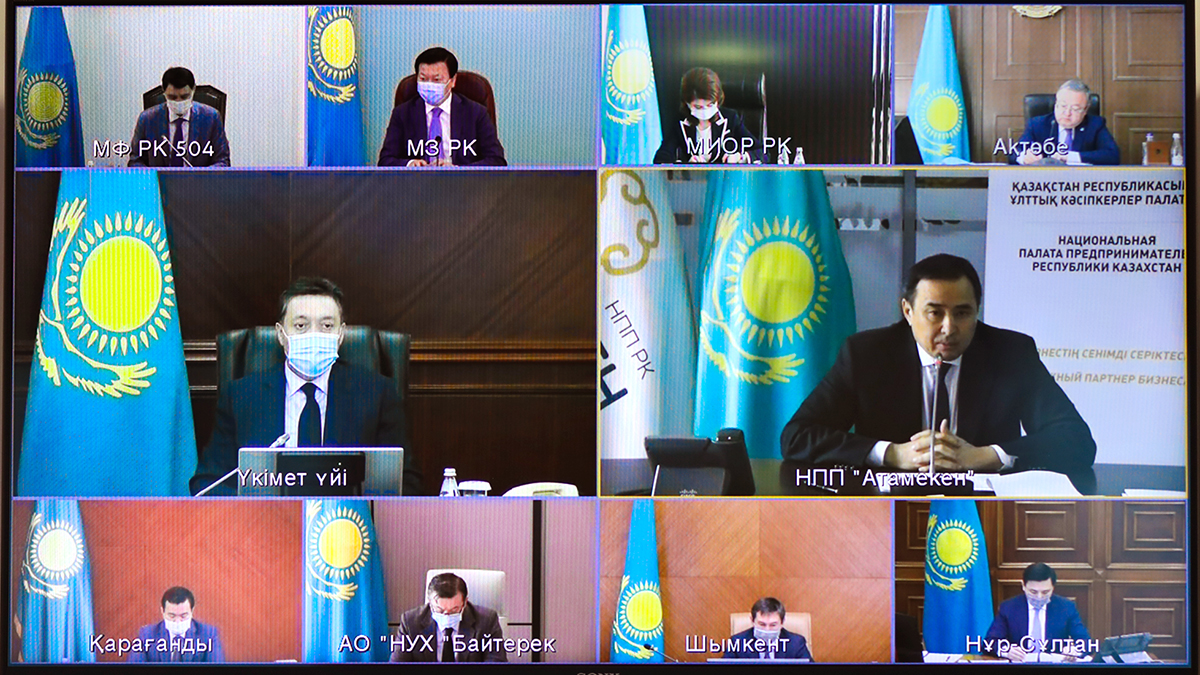 At the selector government session chaired by the Prime Minister Askar Mamin, the issue of developing local content within the framework of the Economy of Simple Things program was considered.

Chair of the Board of Atameken NCE Ablay Myrzakhmetov reported on the work carried out in this direction, Chair of the Board of the Association of Financiers of Kazakhstan Elena Bakhmutova spoke on optimization of business processes of second-tier banks within the framework of the Economy of Simple Things program, Minister of Industry and Infrastructural Development Beibut Atamkulov told about the development of Kazakh content in construction, Minister of Finance Yerulan Zhamaubayev reported on measures to improve the efficiency of local content in regulated procurement, Chair of Samruk-Kazyna Sovereign Wealth Fund Akhmetzhan Yessimov told about local content in procurement of the Fund.

Within the framework of the Economy of Simple Things program, over 2 thousand projects were approved for the amount of 491.5 billion tenge. The leading regions in terms of local content (over 70% in certain industries) are Almaty, Karaganda, Kostanay. Among those lagging behind are Akmola, Atyrau, Zhambyl, Mangystau regions, the cities of Nur-Sultan, Shymkent. Due to the dynamic development of the construction industry over the past 10 years, the volume of production of building materials increased 3.3 times from 176 billion tenge up to 586 billion tenge.

In order to eliminate procedural barriers, the Head of Government instructed the Agency for the Regulation and Development of the Financial Market, together with the Association of Financiers and second-tier banks, to consider the possibility of optimizing the business processes of banks in terms of reducing the processing time for loan applications, the list of documents and simplifying the collateral policy under the Economy of Simple Things program.

In order to increase the share of local content in the construction sector, the Head of Government instructed the Ministry of Industry and Infrastructure Development to work out appropriate legislative and regulatory changes to increase the responsibility of all parties.

The prime minister instructed the Ministry of Finance, together with Atameken NCE and interested government agencies, to prepare an algorithm of actions to eliminate all systemic barriers that prevent domestic producers from participating in procurement of the state and quasi-public sectors within a week.

As an example for akimats, the head of government cited the clear requirements of the Samruk-Kazyna fund on the use of domestically produced goods and correct reporting, which made it possible to achieve a high share of local content of 69%.

The prime minister stressed that within the framework of executing the order of the Head of State, within two months it is necessary to complete the work on digital control of counter-obligations of the business. In this regard, the Head of Government instructed to prepare a package of relevant legislative amendments. At the same time, a pilot project will be launched to monitor business counter-obligations based on the digital platform of NCE Atameken.