Agreement of Intent on Implementation of Export-Oriented Projects signed in Government with participation of PJSC KAMAZ. 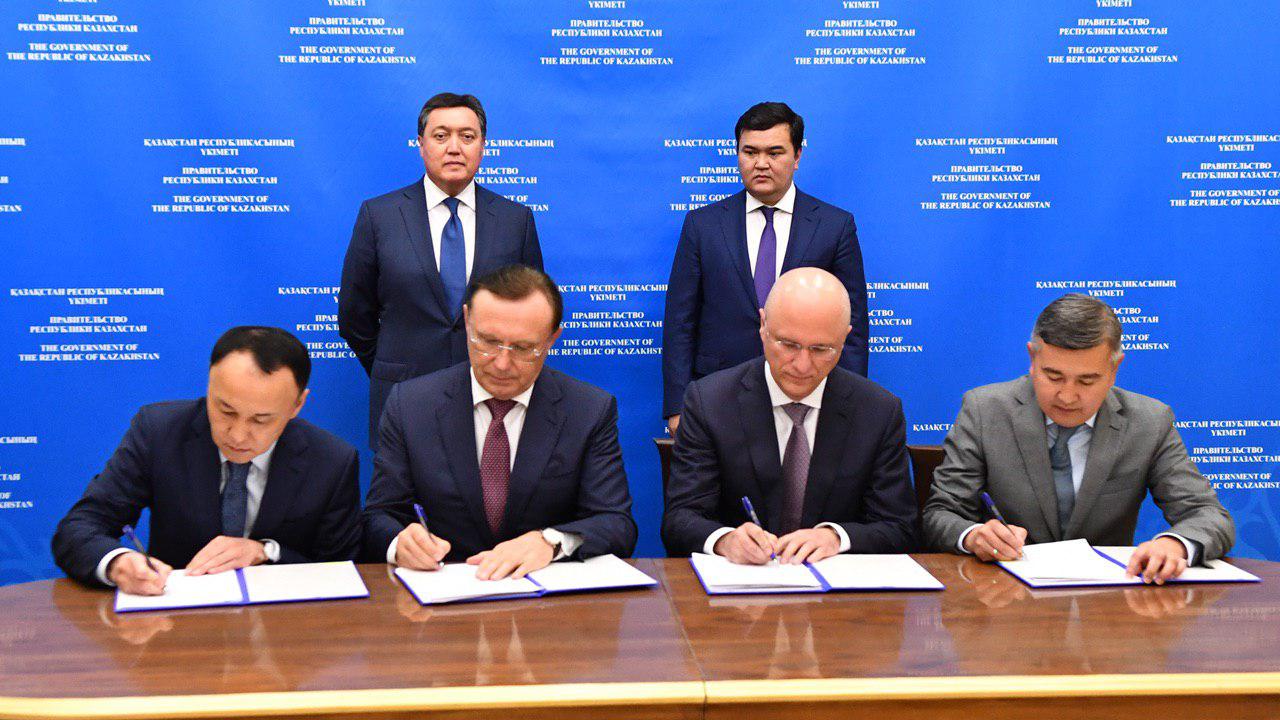 Prime Minister Askar Mamin took part in the signing of the Agreement of Intent on the implementation of projects on the territory of Kazakhstan for the production of the main drive axle transmission and the production of cast iron for trucks.

The document was signed by Minister of Industry and Infrastructure Development Roman Sklyar, General Director of PJSC KAMAZ Sergey Kogogin, Akim of Kostanay region Archimed Mukhambetov, and Chairman of the Board of DBK-Leasing JSC Nurlan Baybazarov.

As part of the implementation of the agreement, it is planned to create factories for the production of special equipment, bridges and cast iron. Engineering Center for the development of competencies of technical personnel, staff development and retraining, which has no analogues in the Republic of Kazakhstan, will be organized. The engineering center will prepare high-level specialists for various industries of Kazakhstan.

The agreement is aimed at creating modern high-tech production of bridges and castings in Kazakhstan. In this case, technologies that meet the highest international standards in the field of ecology and environmental protection will be used.

It should be noted that the products produced in the factories will be 100 percent export-oriented and will eventually flow into the global chain, covering all regions of Russia, the CIS, as well as the German concern Daimler AG. In 2018, the German concern became the shareholder of the company.

During the implementation of the agreement, over 2,500 new highly skilled jobs will be opened.

For reference: KAMAZ Group of Companies is the largest automobile corporation of the Russian Federation. PJSC KAMAZ is in the top 20 of the world's leading manufacturers of heavy trucks and is in 16th place in terms of production of heavy trucks with a gross weight of more than 16 tons. Production capacity is 71 thousand cars per year.

The group of organizations PJSC KAMAZ unites 109 companies in Russia, the CIS and far abroad. The German company Daimler AG (Mercedes Benz) became the shareholder of the company in 2018.

A total of 33.5 thousand people work in the technological chain group of KAMAZ PJSC.