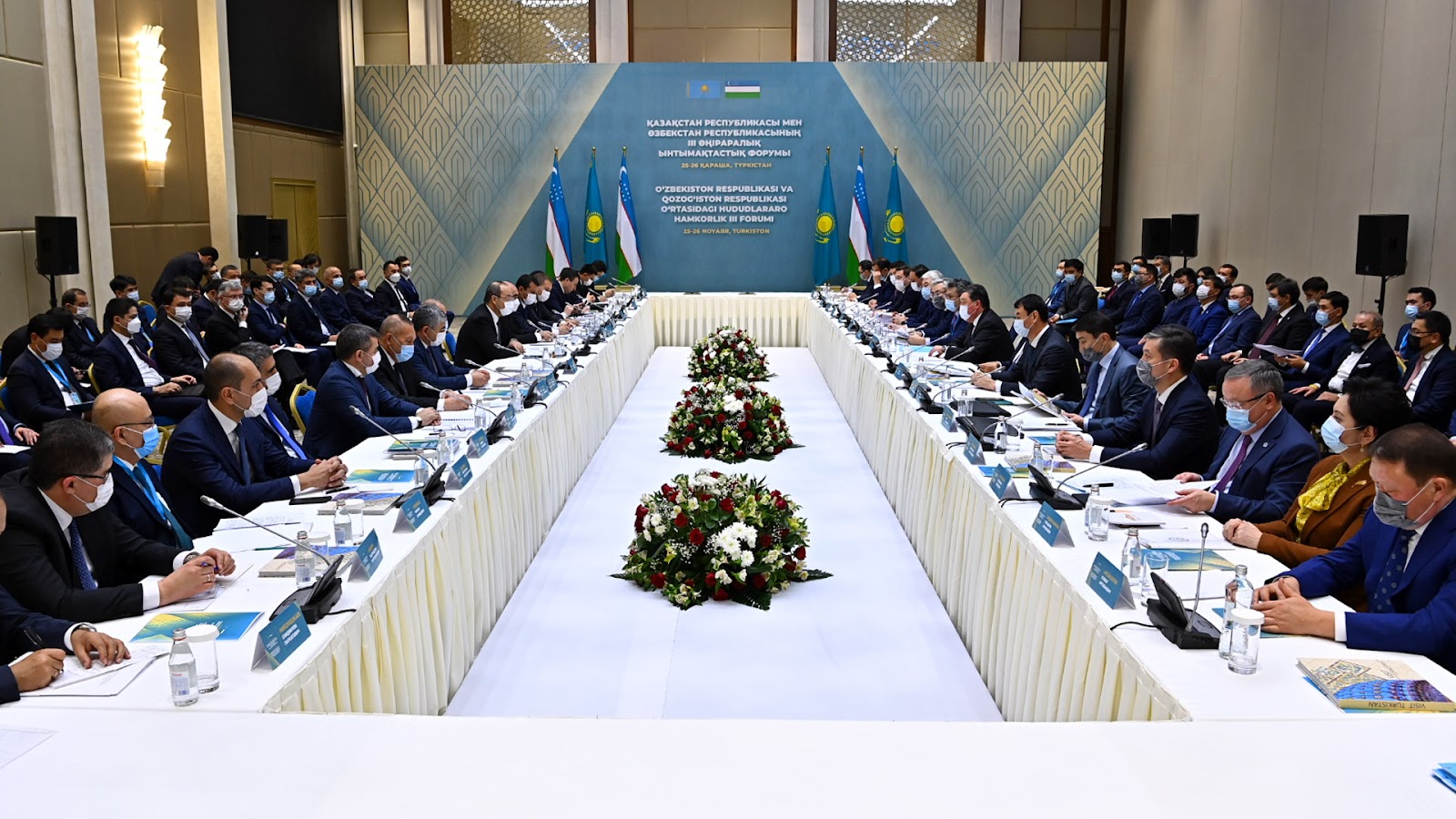 Topical issues of developing bilateral cooperation in trade and economic, investment, agricultural, transit and transport, water and energy spheres, industry, tourism and other sectors were discussed.

Kazakhstan and Uzbekistan account for about 70% of all regional trade in Central Asia. Bilateral trade for 9 months of 2021 exceeded $2.9 billion, which is 28.5% more than in the same period in 2020. Following the results of this year. Uzbekistan may become one of the five largest trade partners of Kazakhstan. The task was set to bring the volume of mutual trade to $5 billion in 2022 and to $10 billion within 5 years. Work is underway to implement a project to create an International Center for Trade and Economic Cooperation "Central Asia" on the border of the two countries. 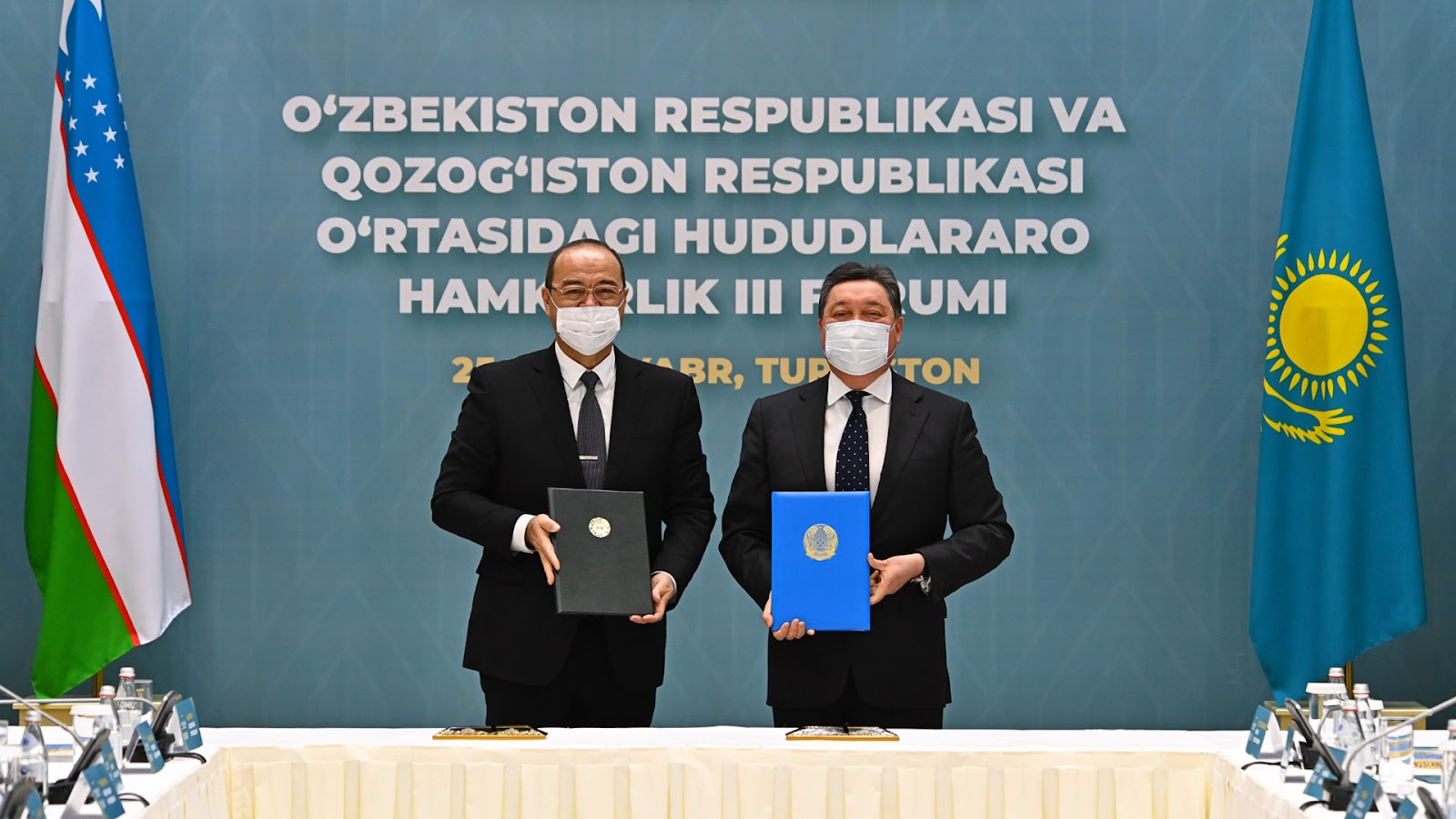 The Prime Minister of the Republic of Kazakhstan noted the high dynamics of Kazakh-Uzbek cooperation in the field of industrial cooperation. The joint venture, Hyundai Auto Asia, is working effectively. The Astana-Motors company is working on the issue of building a plant for the production of Hyundai cars in Jizzakh. In Kostanay, SaryarkaAvtoProm LLP, together with UZAuto Motors JSC, has launched production of Chevrolet cars, with MAN Auto-Uzbekistan JSC — MAN trucks. In November 2021, a joint venture for the production of agricultural machinery, Nurafshon, was created in the Localization Center of JSC AgromashHoldingKZ in Kostanay.

Successful examples of cooperation in the light industry are the launch of textile production at the joint venture Alliance and the Turkistan Textile garment factory.

“There are other potential growth points for new joint projects in the field of mechanical engineering, construction and pharmaceutical industries,” Mamin said. 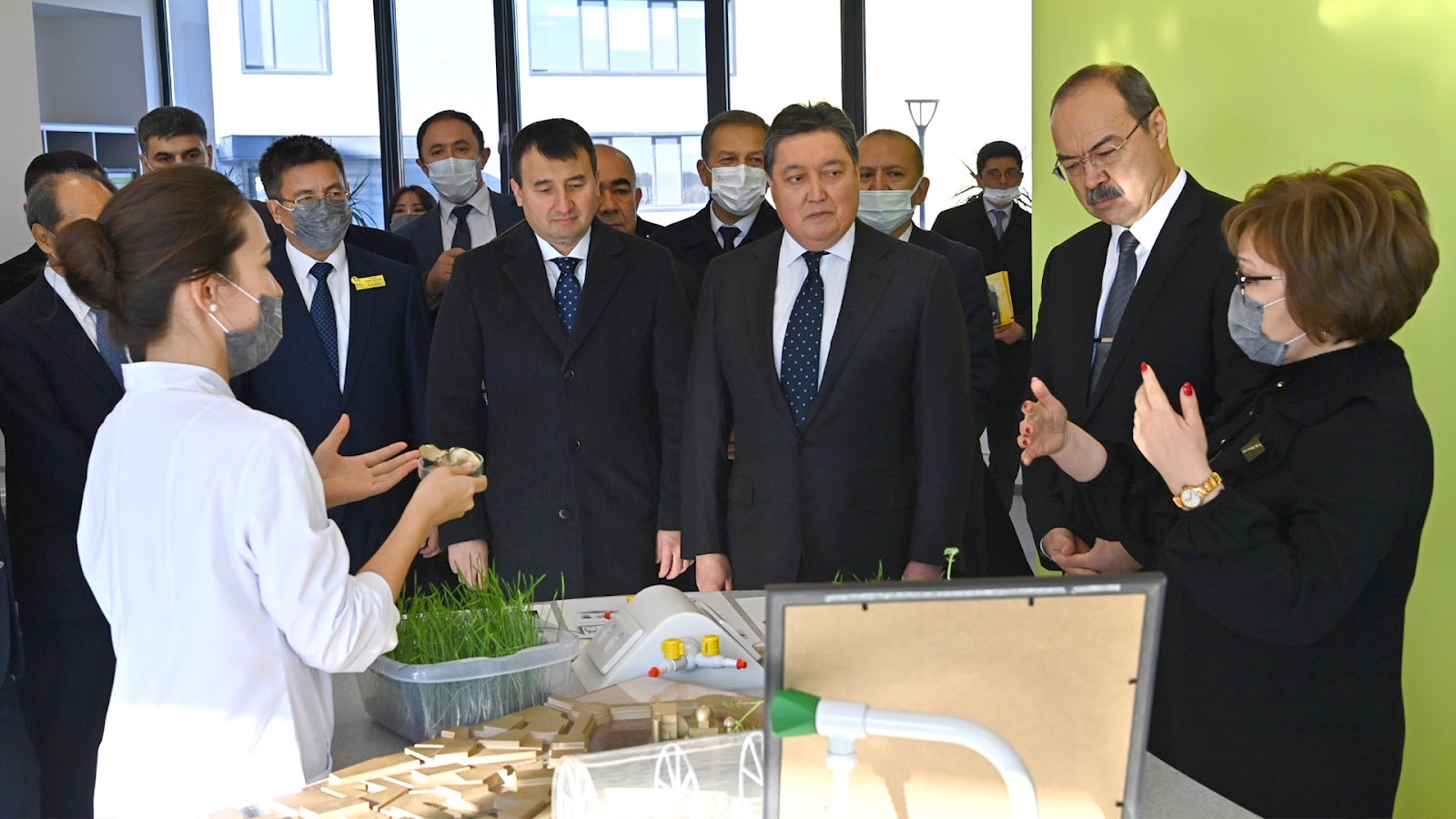 The Prime Minister of Kazakhstan stressed the importance of cooperation between the two countries in the field of environmental protection, water and forestry. Through joint efforts during the growing season, an additional discharge of water from the Toktogul and Kairakum reservoirs was ensured, which met the needs of agricultural producers of the Republic of Kazakhstan and the Republic of Uzbekistan. Joint projects are being implemented to resolve acute environmental problems of the Aral Sea, to support the socio-economic development of the entire Aral Sea region.

“We propose to unite efforts to plant saxaul plantations on the drained bottom of the Aral Sea,” Mamin said.

Mamin and Aripov held a meeting of the Joint Intergovernmental Commission on Bilateral Cooperation and took part in the III Forum of Interregional Cooperation of the Republic of Kazakhstan and the Republic of Uzbekistan on the topic "Cross-border cooperation as new growth points", which brought together about 200 people — heads of state bodies, regions, and also representatives of the business circles of the two countries. The reports were made by the Minister of Trade and Integration of the Republic of Kazakhstan Bakhyt Sultanov, Deputy Minister of Investments and Foreign Trade of the Republic of Uzbekistan Badriddin Abidov, Akims of the Turkistan region Umirzak Shukeyev, Mangystau region — Nurlan Nogayev, Aktobe region — Ondasyn Urazalin, Chair of the Council of Ministers of Karakalpakstan Kahraman Sariev, khokims of Jizzakh region Ergash Saliev, Tashkent region — Zoir Mirzaev and others.

Within the framework of the Forum, 54 investment and commercial contracts were signed in the fields of mechanical engineering, agro-industrial complex, production of building materials, electrical products, medical products, infrastructure development and other industries for a total of $611,3 million

During their visit to Turkistan, the Heads of Government of the two countries took part in the opening ceremony of the Nazarbayev Intellectual School, visited the mausoleum of Kh.A. Yassaui, the Uly Dala Eli center, the Karavan-Saray tourist complex and other facilities.