Economic growth in first half of 2019 reached 4.1% — Prime Minister of Kazakhstan 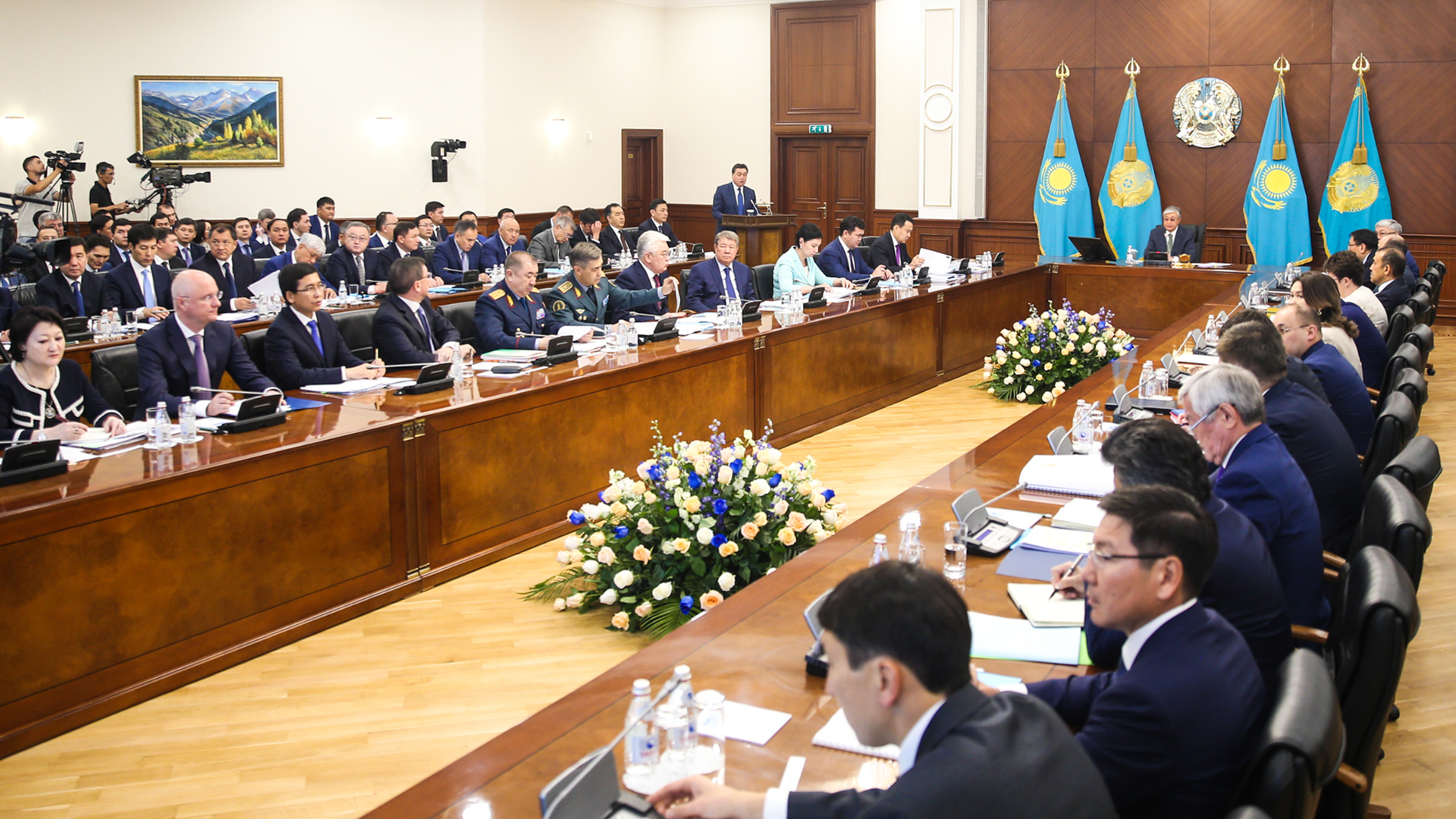 At the extended Government session with the participation of President Kassym-Jomart Tokayev, the growth rate of the economy of Kazakhstan from 2.9% to 4.1% was noted after the review of the results of the first half 2019.

“The main sources of growth were industry, construction, transport, trade, agriculture. In the manufacturing industry, growth was mainly due to pharmaceuticals, engineering, oil refining, non-ferrous metallurgy, light industry and beverage production. The growth of industry was ensured in 14 regions,” the prime minister said.

To ensure sustainable economic growth and create productive jobs, a key issue is attracting a new wave of investment.

“Our task is to increase the volume of investment in fixed assets annually by an average of 20% and bring it to 30% of GDP by 2025,” said Askar Mamin, noting that investments in fixed assets increased by 11.7%, including private investment - by 13%.

According to him, to achieve the target parameters, it is necessary to attract investments in fixed assets in the amount of 30 trillion tenge over 5 years.

“Today a pool of projects has been determined in the amount of 12.4 trillion tenge. That is, there is a need to additionally attract an average of 3 trillion tenge of investment annually. Annual foreign direct investment needs to be increased from the current $24 billion to $34 billion by 2025,” said the head of Government, noting the great potential for attracting investment in the manufacturing industry, the fuel and energy complex, transport and logistics, the agroindustrial complex and tourism.

It is worth noting that the attraction of investments is carried out in conditions of growing global competition. In this regard, the Government began to work proactively on attracting investments with the use of all state support measures and creating a favorable investment climate.

The prime minister of Kazakhstan noted that attractive conditions for foreign and domestic investors will ensure the use of the potential of the AIFC through the application of English law, project structuring and co-financing.

Specific target indicators will be set for each central and local executive body and national holding.

At the Coordination Council on attracting investment will be considered the progress of the implementation of all investment projects.

The solution of current social issues is the most important priority of the Government. The implementation of proactive measures to involve the unemployed and self-employed in productive employment has begun.

“The labor market remains stable. The unemployment rate in the first half 2019 decreased to 4.8%. Nearly 186 thousand new jobs were created, including 126 thousand permanent ones,” said Askar Mamin.

The head of Government noted that in 2019 the coverage with measures to promote employment will increase by 4 times and amount to more than 300 thousand people, including through short-term vocational training in the framework of the programs Bastau Business and Zhas Kasіpker.

In addition, from Sep.1, 2019, the scholarships for students in vocational specialties will be increased by 30%, with coverage of more than 122 thousand people.

“In general, in 2019 social spending increased to 7.1 trillion tenge. The Government will take all necessary measures to implement social measures,” said Askar Mamin.