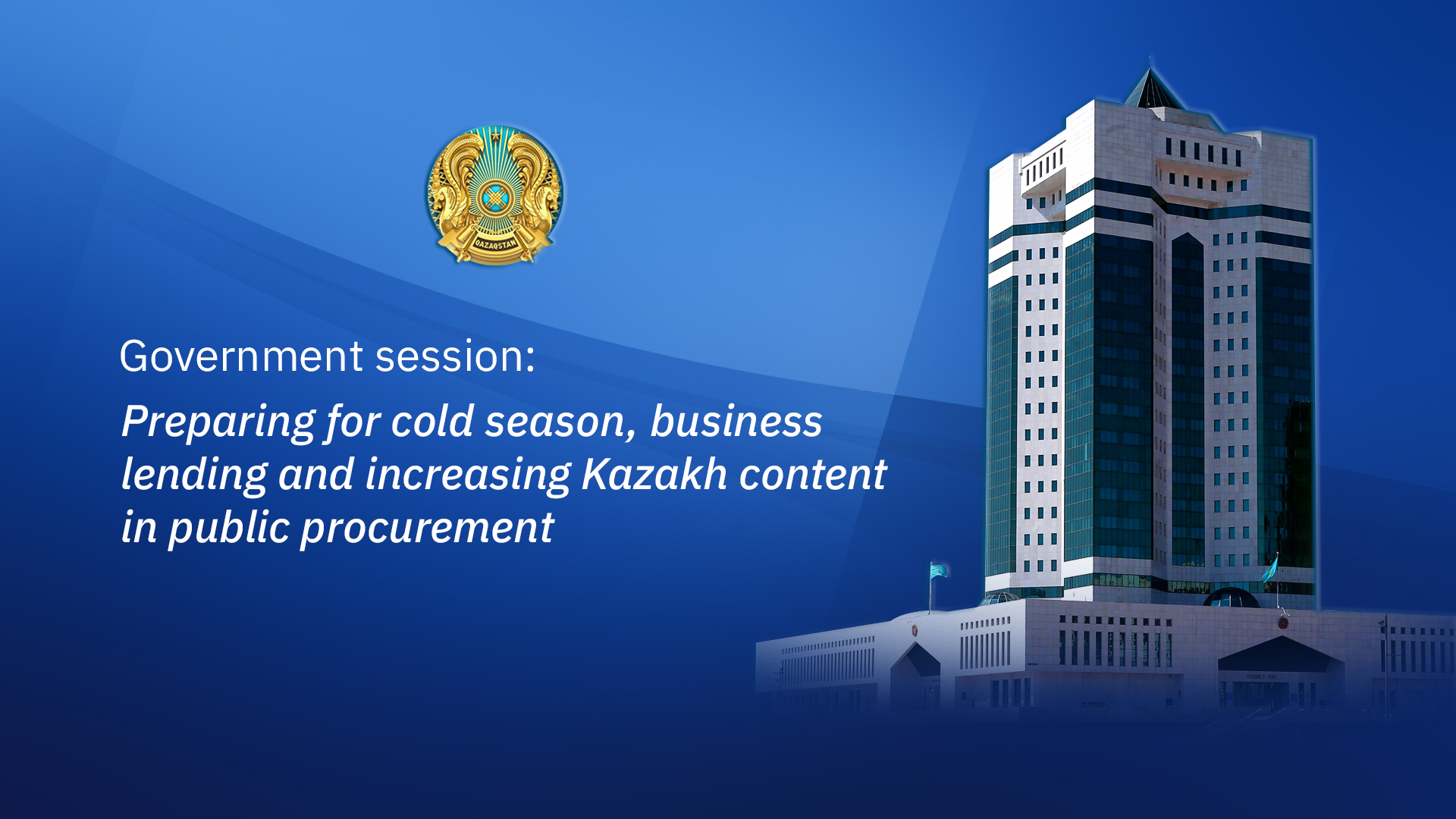 Sep. 23, 2019, at the regular Government session, the preparation of the regions for the upcoming autumn-winter period was discussed, as well as the interim results of the Bastau Business project and local content in public procurement were also summed up. On the sidelines of the Government, media representatives received answers to questions of interest on the current agenda.

During the consideration of the first question, Minister of Industry and Infrastructure Development Beibut Atamkulov and First Vice Minister of Energy Makhambet Dosmukhambetov reported on the ongoing work on the preparation for the cold season.

Despite the general readiness, in a number of regions there is a lag behind the approved repair schedule. In this regard, akims of the West Kazakhstan region Gali Iskaliyev, Aktobe region Ondasyn Urazalin and Nur-Sultan Altai Kulginov were heard during the meeting.

Work on preparation for the cold period is under constant control of the Government. This was also reported by Deputy Prime Minister Roman Sklyar.

Summing up the consideration of the first issue of the meeting, the Prime Minister Askar Mamin ordered the akims to complete the repair work in time and to deliver the necessary volumes of fuel in advance.

“In two weeks, regional akims should check the current state of the infrastructure of coal harvesting and sale points, delivery schedules, reasonable prices and quality of coal sold, and the Ministry of Industry and Infrastructure Development together with Kazakhstan Temir Zholy JSC to provide the necessary number of wagons for coal delivery,” said Mamin.

It should be noted that in the second part of the Government session, a complex issue was considered - ensuring productive employment and the development of mass entrepreneurship.

So, within the framework of the existing Enbek state program, the Bastau Business project is actively implemented, aimed at training in the basics of entrepreneurship. As a result, citizens gaining knowledge on doing business, start their own business. In this case, in the absence of own funds, loans are provided to these people.

The key operator is the Atameken National Chamber of Entrepreneurs. So, the main result of the implementation of the Bastau Business project over three years is the launch of over 20 thousand new business projects. Over the same period, products and services worth 50 billion tenge were produced.

During the consideration of the issue, the ministers of labor and social protection of the population Birzhan Nurymbetov, and agriculture – Saparkhan Omarov also made their points.

Key milestones include the following indicators:

Given the success of the program, the amount of financing for lending this year has doubled compared to 2017 and amounted to about 83 billion tenge. This year, it is planned to cover loans by 19 thousand people, of which 2.3 thousand in cities in the village 16.7 thousand.

The second part of this issue was devoted to measures to support domestic producers of goods and services by increasing the share of local content in public procurement.

The First Deputy Prime Minister – Minister of Finance Alikhan Smailov reported that since 2020, the Centralization of public procurement has been introduced in the Pilot mode – the transfer of all public procurement to single organizers at the appropriate levels. Simplification of administration will improve the regulation of local content in public procurement.

Concluding the meeting of the Cabinet of Ministers, the head of Government noted that issues of the implementation of the Bastau-Business, Zhas Kasipker, microcredit projects are one of the main tasks set by Elbasy and the Head of State.

Askar Mamin instructed to work out the issue of increasing from 20% to 30% the share of Bastau Business project participants who opened or expanded their business, accelerate the implementation of all the plans for microcredit and grants, ensure compliance with legal requirements, industrial certificate and ST-KZ certificate, and also provide for the development of the Procurement Rules for the quasi-public sector entities with mechanisms to support small and medium-sized businesses and ensure their adoption within a month.

“Ministers and akims are personally responsible for the implementation of indicators on Kazakhstan content and relevant legislation,” the head of the Government emphasized.

Traditionally, following the meeting, media representatives on the sidelines ask members of the Government of the Republic of Kazakhstan questions of interest.

No risks threatening the city, residents, environs — Nurlan Yermekbayev about the situation in Arys

Thus, the Minister of Defense Nurlan Yermekbayev, on the sidelines of the Government commented on the case of spontaneous detonation of a fragment of ammunition during the liquidation of the consequences of an emergency and planned demolition work in a specially equipped training ground 60 km from Arys. 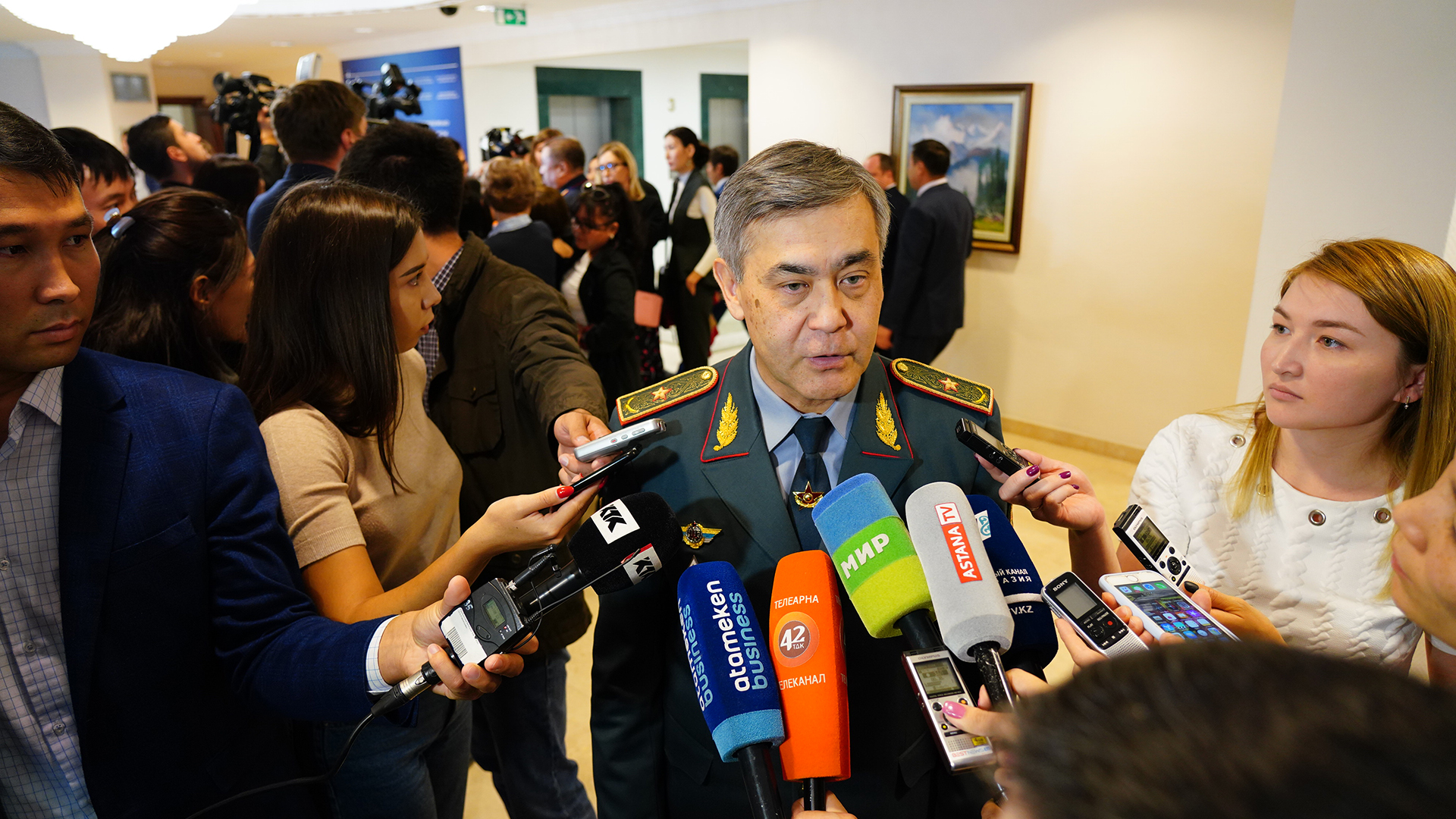 “You need to understand that the most difficult, responsible and risky phase of work to eliminate the consequences of accidents in Arys has now begun. The military to this day almost completely cleaned and neutralized the area around the military unit. The city, residents, and environs are now not in danger. Everything has been cleaned up and continue to work. Now the main work has begun inside the military unit, inside the warehouses, where the largest accumulation of fragments, fragments and other unexploded items. ... Accordingly, sappers have dangerous work,” Yermekbayev explained.

According to him, all the necessary measures are being taken inside the territory of the military unit to secure personnel.

“The servicemen, who suffered on the 21st, were promptly taken to the hospital, they are receiving all the necessary medical care. ... We hope that soon they can be back in operation,” the minister said. 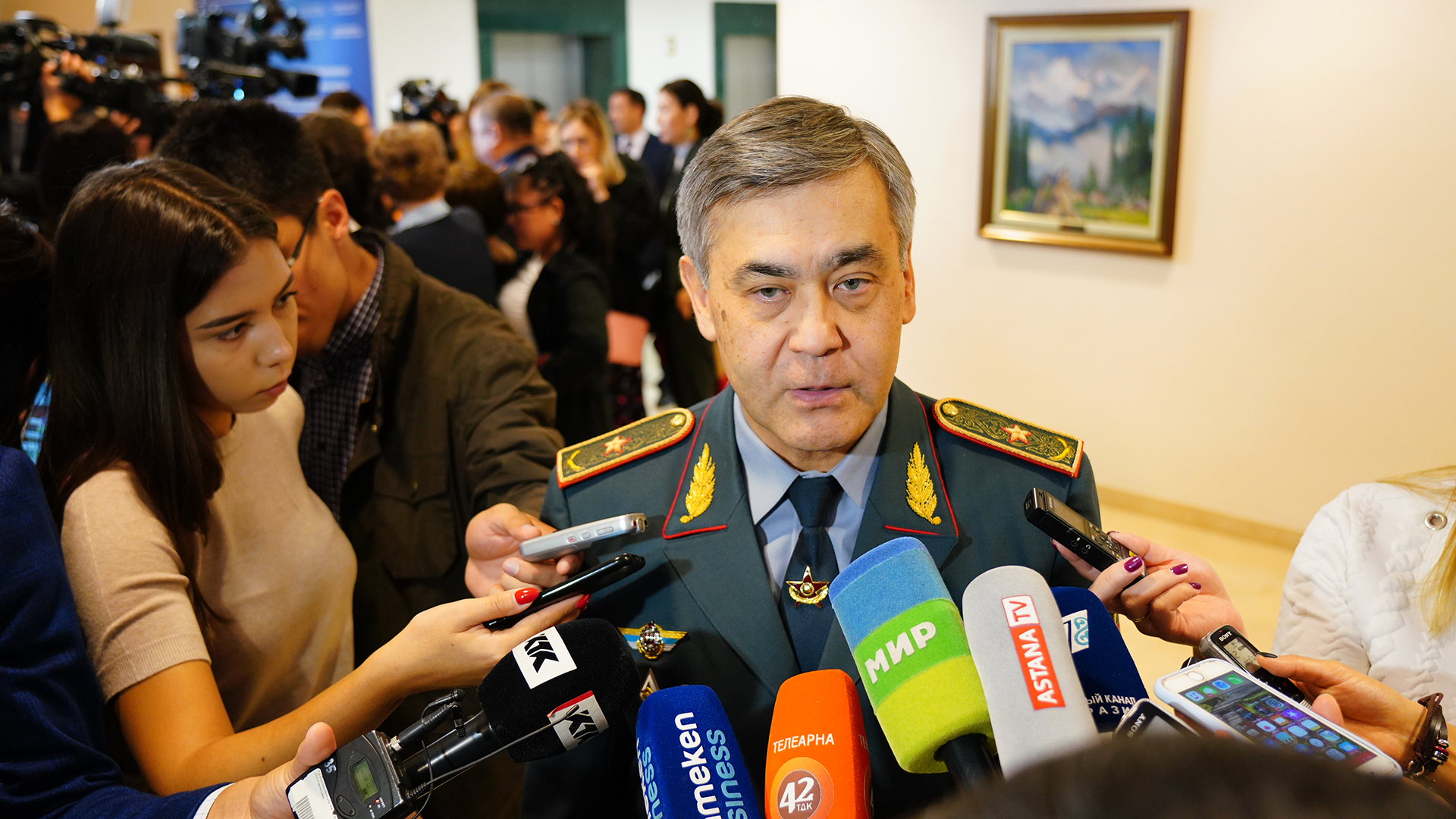 As Yermekbayev emphasized, the law provides for material compensation for injured during the performance of official work.

“Residents are not worried about anything. It is possible that fragments will be found outside the military unit, but 99% of them are not explosive. Nevertheless, we urge residents to be very careful and observe safety measures. Inside the military unit, risks remain. There is still a lot of work,” added the minister of defense.