Modernization of pharmaceutical industry and production of protective products: How Kazakhstani enterprises developed during emergency state

The coronavirus pandemic can lead to a protracted economic crisis. Entire sectors of the economy have collapsed around the world. More than 400 million enterprises were on the verge of bankruptcy. Experts predict the largest contraction in the global economy in the century. Against this background, Kazakhstan managed to maintain positive production volumes in almost all regions of the country.

In January 2020, the Aktogay project, located in the Karaganda region, showed a planned increase in gold ore mining by 26%. This is due to the fact that in the second half of 2019, the company took measures to optimize open pit mining and equipping the technological equipment of the Aktogay gold recovery plant grinding mill, which allowed to increase the productivity of the production complex from 2.3 million / ton to 2.5 million / tons. 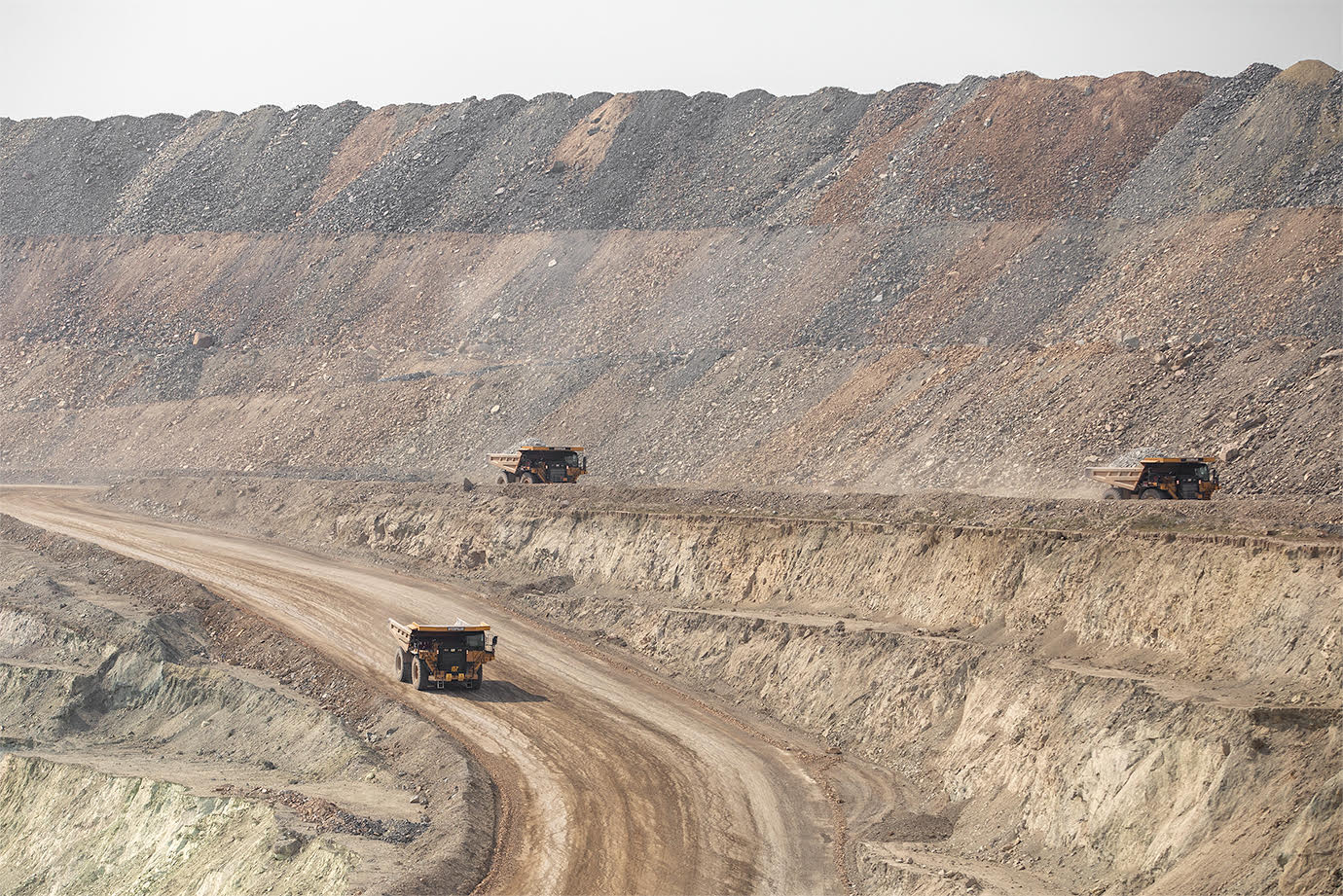 For reference: Growth was achieved due to an increase in coal production by: 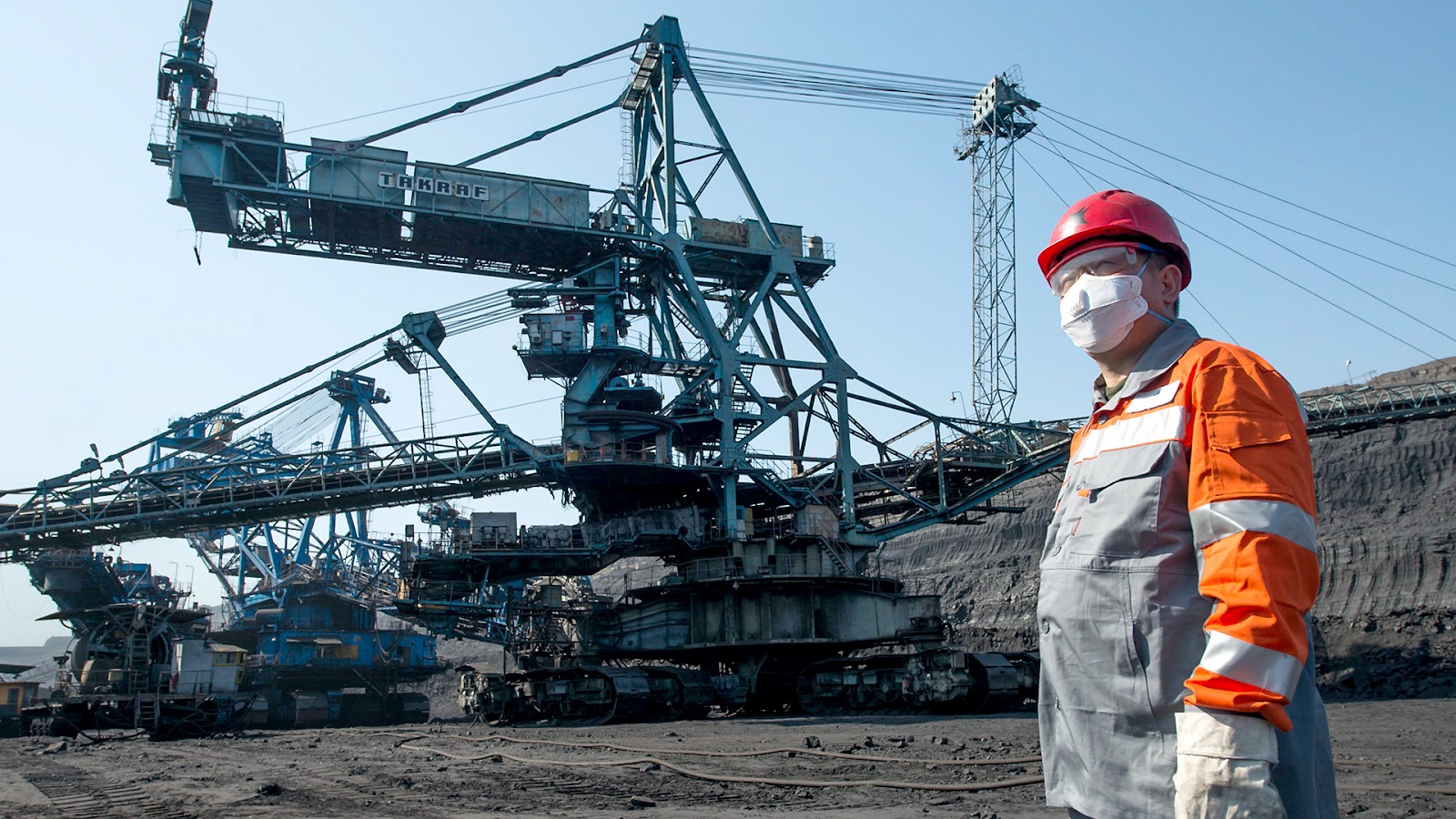 Despite the pandemic, ERG JSC is working stably, in the usual mode. Production plans are being implemented. This was largely achieved by the preventive action plan developed to prevent the spread of the virus in ERG enterprises. In addition, the other day, the Vostochny open pit shipped the billionth anniversary cubic meter of rock mined during the 35 years of operation of the coal enterprise.

ERG is one of the largest suppliers of electricity and coal in Kazakhstan. The enterprise accounts for more than 17% of all generated electricity and about 20% of coal mined. The company combines two structural divisions: Vostochny coal mine and Aksu power station. The main areas of production: coal mining and electricity generation.

The Vostochny open pit mine is the first coal enterprise in the world to use a unique in-line technology with conveyor transport when tilting bedding. The presence of averaging warehouses, where the quality of coal mined from different faces is averaged, is also a hallmark of the enterprise.

At the first stage, a fully in-line technology of coal mining with averaging and dosing was introduced, the directions and parameters of the extension of transport communications were effectively determined. The technology of cutting new horizons with SRs (K) -2000 rotary excavators was tested and implemented, the technology of open drainage of mining operations was introduced.

During the privatization period, a railway communications system was built, which allowed for the opening of coal from the Vostochny independent mine. A significant event in the development of the section, of course, is the introduction in 2010 of cyclic-continuous overburden technology with decisions taken to increase productivity.

In 2018, coal mining was launched from the promising Vostochny-2 section. This decision made it possible to reduce the rate of opening of Vostochny-1 and to continue shipping the averaged coal to consumers.

At the same time, a decrease in coal production at Shubarkol Komir JSC was allowed by 6.5% (from 3,279 thousand tons to 3,065 thousand tons).

Coal mining companies produced 37.1 million tons of coal in January - April 2020, which is 0.5% more than in the corresponding period last year (36.9 million tons).

For reference: Production growth has been achieved:

In connection with the spread of the coronavirus pandemic both in the country and in other countries of the world, as well as the current situation on the metal market and the redistribution of export potential, ArcelorMittal Temirtau JSC and the ERG Group of Companies are considering alternative markets to ensure production stabilization and continuous implementation manufactured products.

TNK Kazchrome JSC is at risk of sending ~ 26 thousand tons of ferrochrome to Europe and the sale of this cargo to China is being considered as an option.

For reference: At Kazakhmys Corporation LLP:

at Kazakhstan Electrolysis Plant JSC of primary aluminum by 2% (from 86 thousand tons to 87.8 thousand tons); 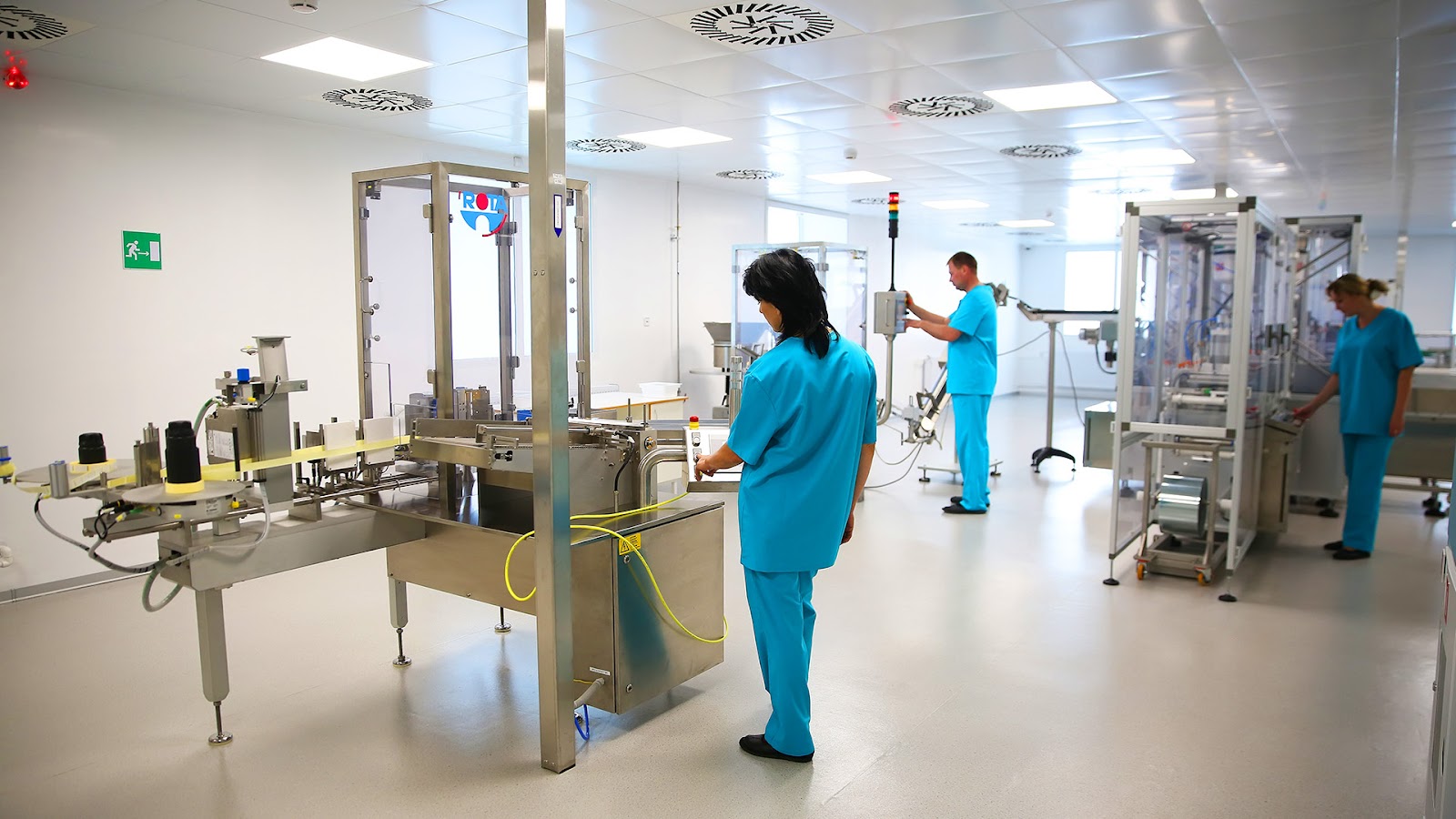 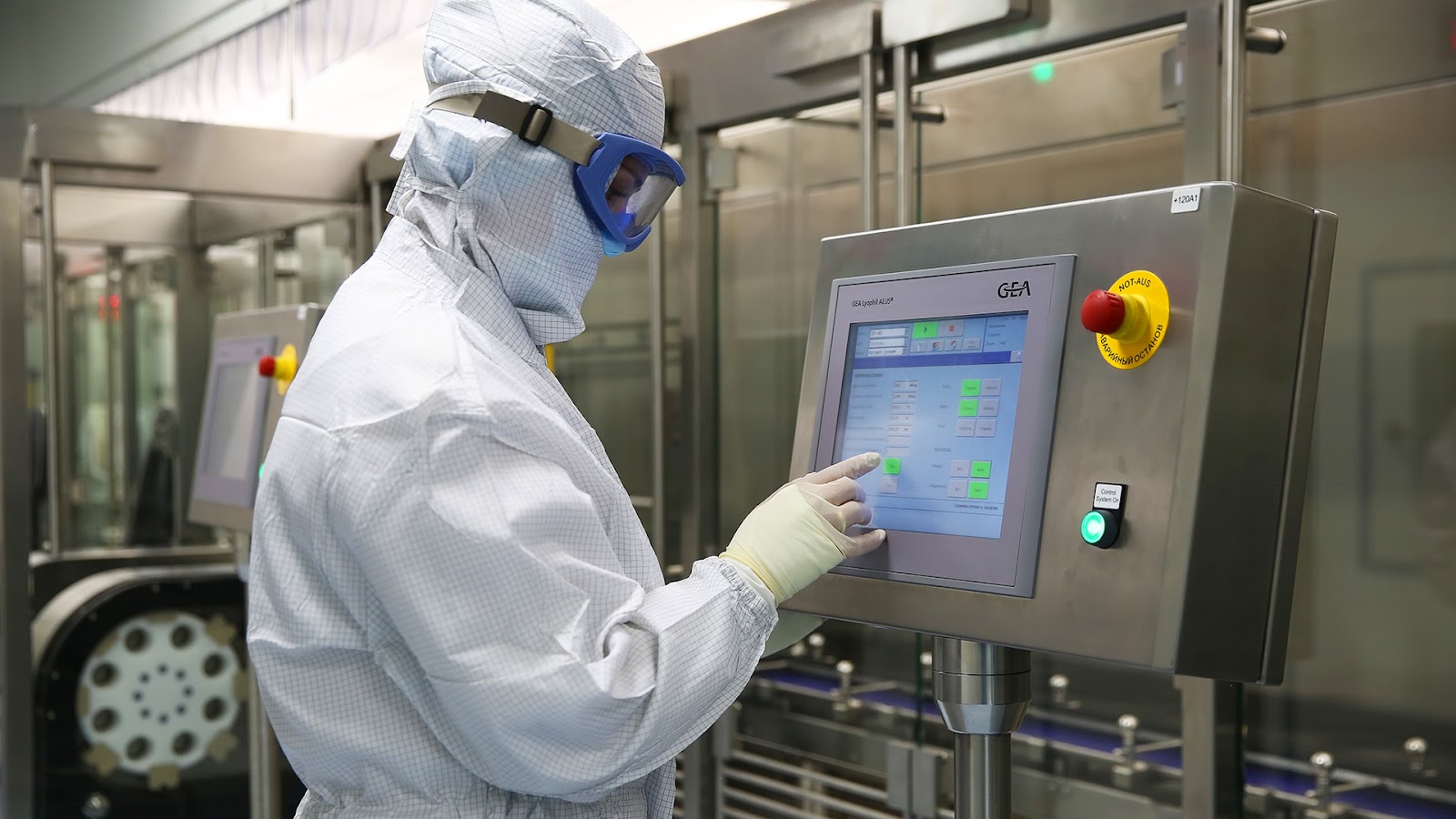 As a result of the transfer of production technology, it was possible to localize the production of biotechnological drugs for the treatment of socially significant diseases such as hemophilia, oncology, viral hepatitis, diabetes mellitus, etc., which were not previously produced in the Republic of Kazakhstan.

Also in this year new drugs of our own production are produced and supplied: INN Interferon beta 1b (TN Interbetin) for the treatment of multiple sclerosis, Alteplaz (Revecard) for the dissolution of a blood clot in myocardial infarction and Bevacizumab 100 and 400 mg for the treatment of colorectal cancer.

The withdrawal of new drugs allowed in the 1st quarter of 2020, double the production figures of the Karaganda pharmaceutical complex. 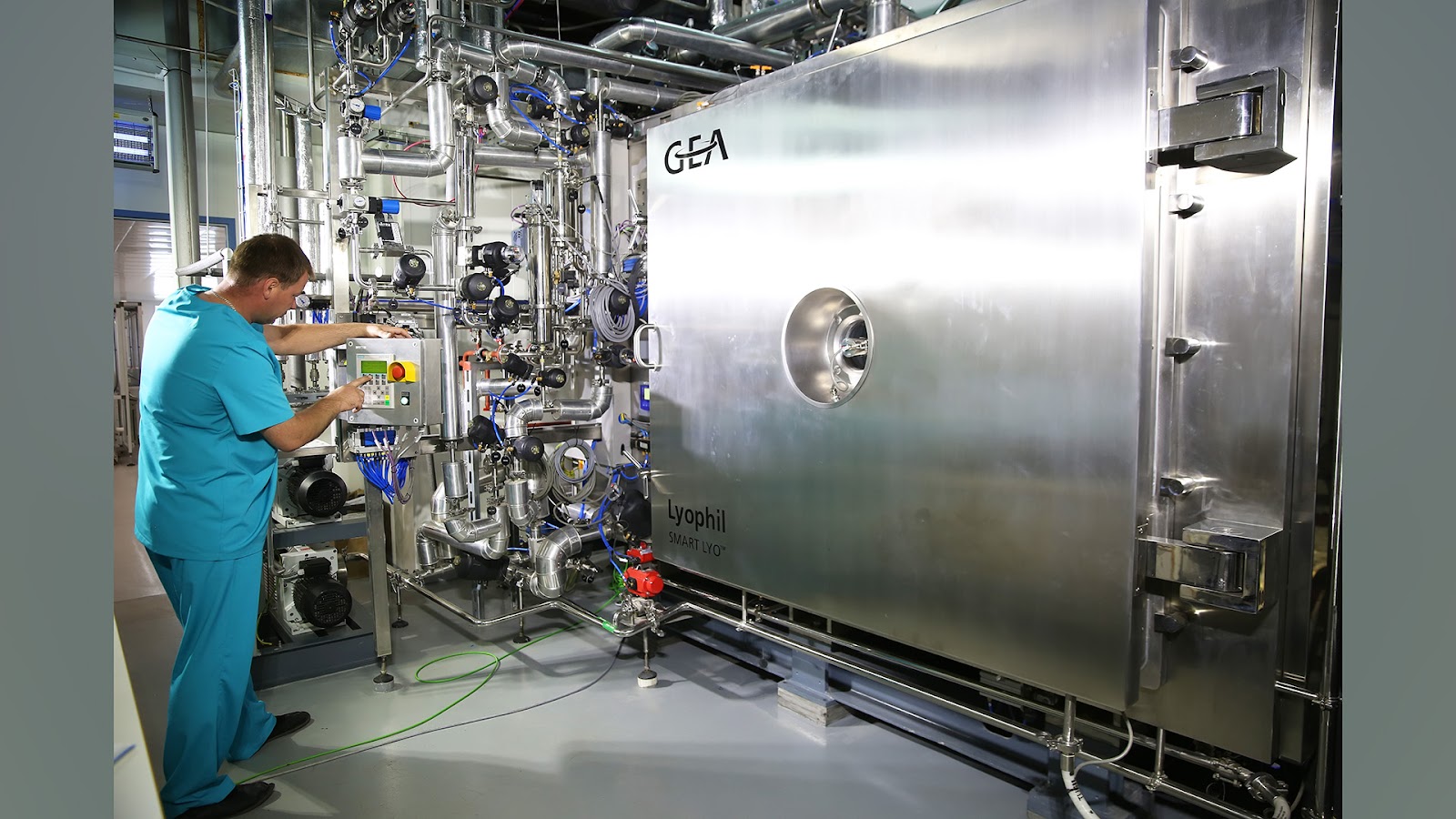 The localization of domestic biotechnological medicines reduced the cost of production from 10 to 30% compared with the prices of imported medicines, which allowed the Ministry of Health of the Republic of Kazakhstan to save budget funds worth more than 1 billion tenge and thereby increase the population's access to expensive and vital medicines.

Currently, under the state of emergency in the country, the Karaganda pharmaceutical complex continues its production activities, while strengthening quarantine measures and sanitary standards for pharmaceutical production. 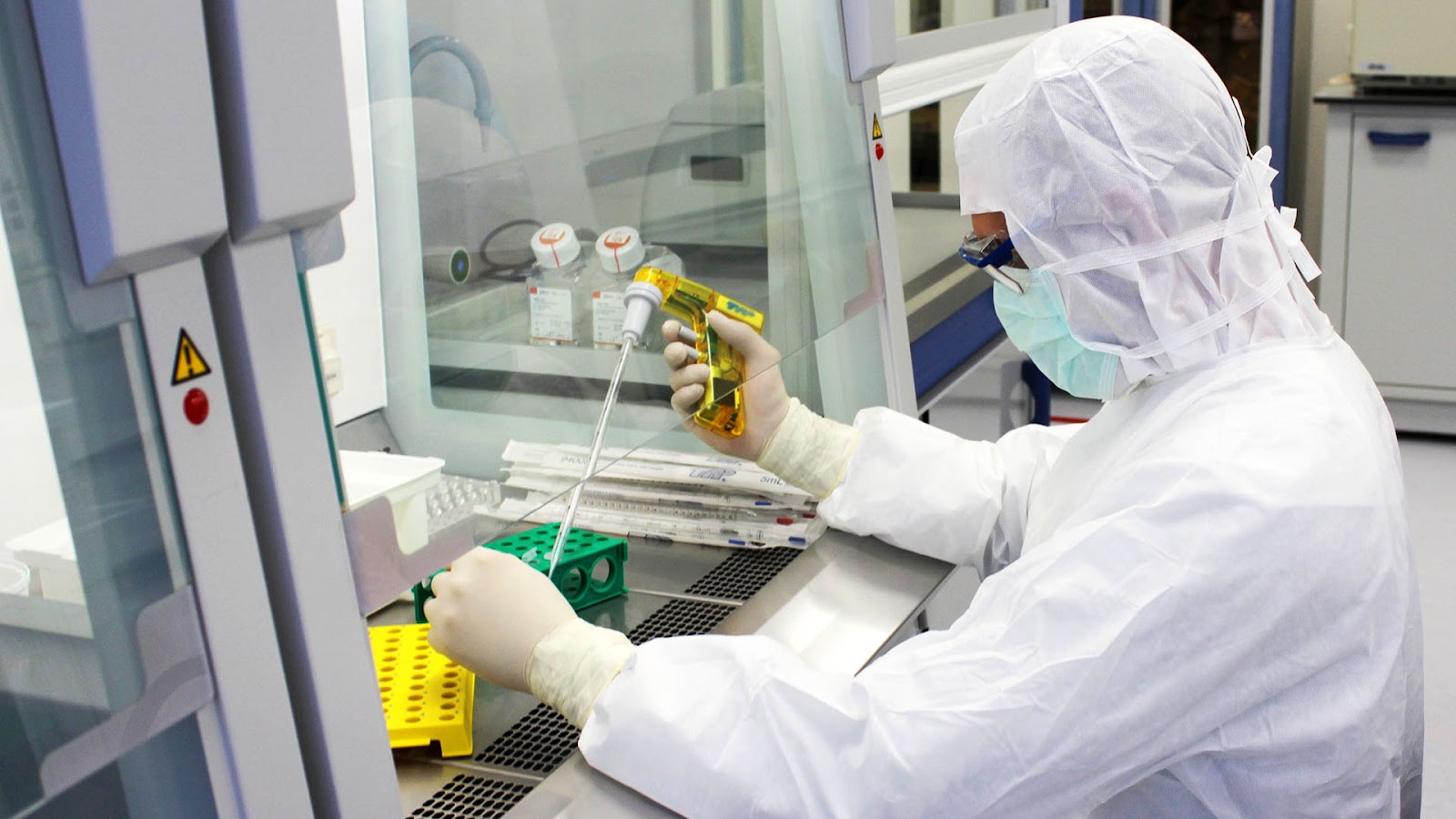 In March 2020, the company made an early delivery for the increased additional demand for the drug Semiclotin (to stop bleeding), and also organized the production of Revecard (dissolution of a blood clot during myocardial infarction), the demand for which increased by 10% in annual terms.

The Karaganda pharmaceutical complex continues to develop production of new modern highly effective drugs and plans to enter the markets of foreign countries with its products in the medium term.

1) at Kazphosphate LLP (a 31% share in the industry) due to the shutdown of the furnace for overhaul until May 2020.

2) at Aktobe Chrome Compounds Plant JSC (11% in the industry), a reduction in the export of products associated with a decrease in procurement by the main consumers.

3) at JSC Caustic (share in the industry 6%) with a decrease in consumption of products of JSC Caustic by domestic enterprises of the mining and metallurgical complex and oil and gas companies.

At the same time, there is an increase in production at the enterprises of KazAzot JSC (8% share in the industry):

For reference: In January-April 2020, compared with the same period in 2019, the production of motor vehicles, trailers andi-trailers, elect semrical equipment, and other vehicles increased.

The overfulfillment of the target indicator is also associated with an increase in construction volumes in the Akmola region by 18.9%, West Kazakhstan region by 11.6%, Karaganda region by 25.5%, Atyrau region by 14.7%, Turkestan by 28.7%.

Growth is noted in all sub-sectors due to an increase in the production of cotton fiber, finished textile products, outerwear, footwear, and also due to the launch of Ball Textile LLP projects in 2019. 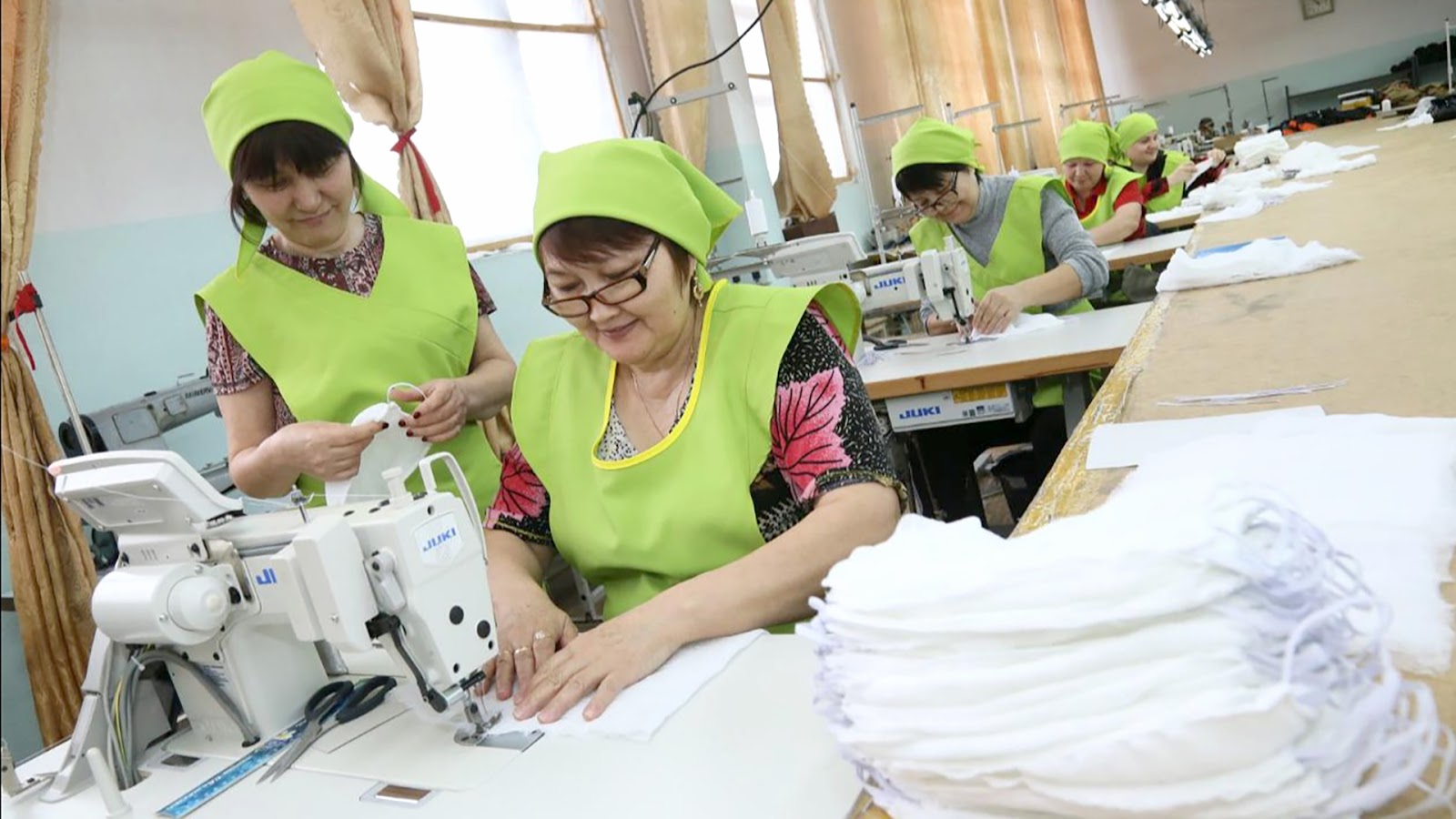 In the context of the coronavirus pandemic, many enterprises restructured their work, including the Bolshevichka factory. Protective masks began to be produced here, providing the region's needs for protective products.

So, over the period of the emergency and quarantine regime, more than 200 thousand masks were produced, 10 thousand were sewn per shift

According to the director of the enterprise Arsen Zhetpispayev, the factory was provided with the necessary raw materials for this.

The factory has developed several options for protective masks. These are five-layer, eight-layer and eight-layer with cotton. Demand for products is large: these are medical and state institutions, the police. The factory twice took part in the campaign for the free distribution of masks to residents of the city of Kostanay under the name “Biz Birgemiz.” First of all, these products were provided to pensioners and the elderly.

“I had to postpone plans for the production of workwear and clothing in general. At present, we continue to produce mask products, but we are already thinking about the future,” said the head of the enterprise. 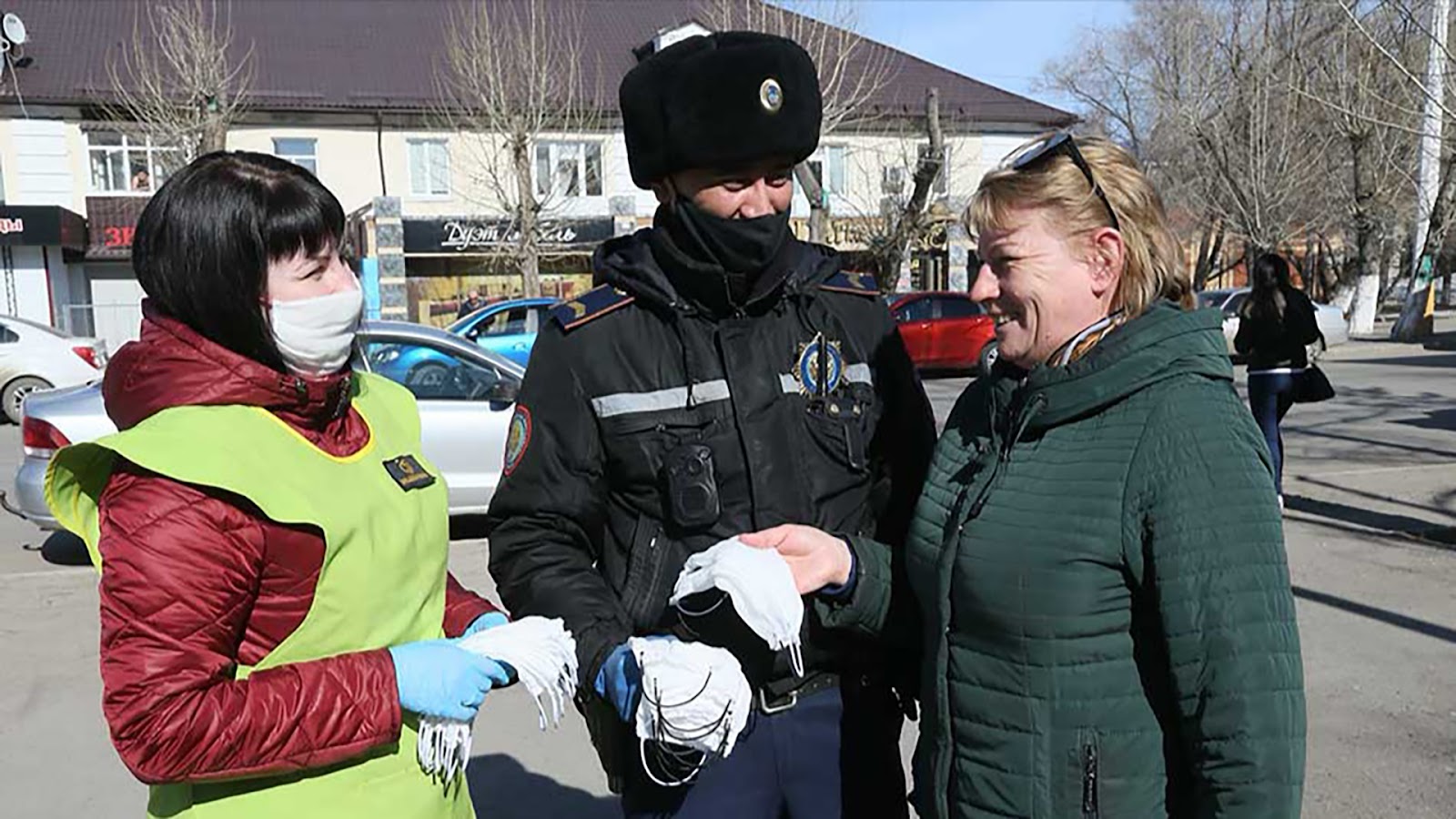 For example, on May 26, the first online demonstration of new school uniforms will take place. Transfer to this mode of operation will create an online platform for promoting products. During the epidemic, the world has become even more virtual, which creates new technologies and new opportunities.

It is worth noting that gauze and fabric masks are sold on a contractual basis with local executive bodies and commercial organizations. 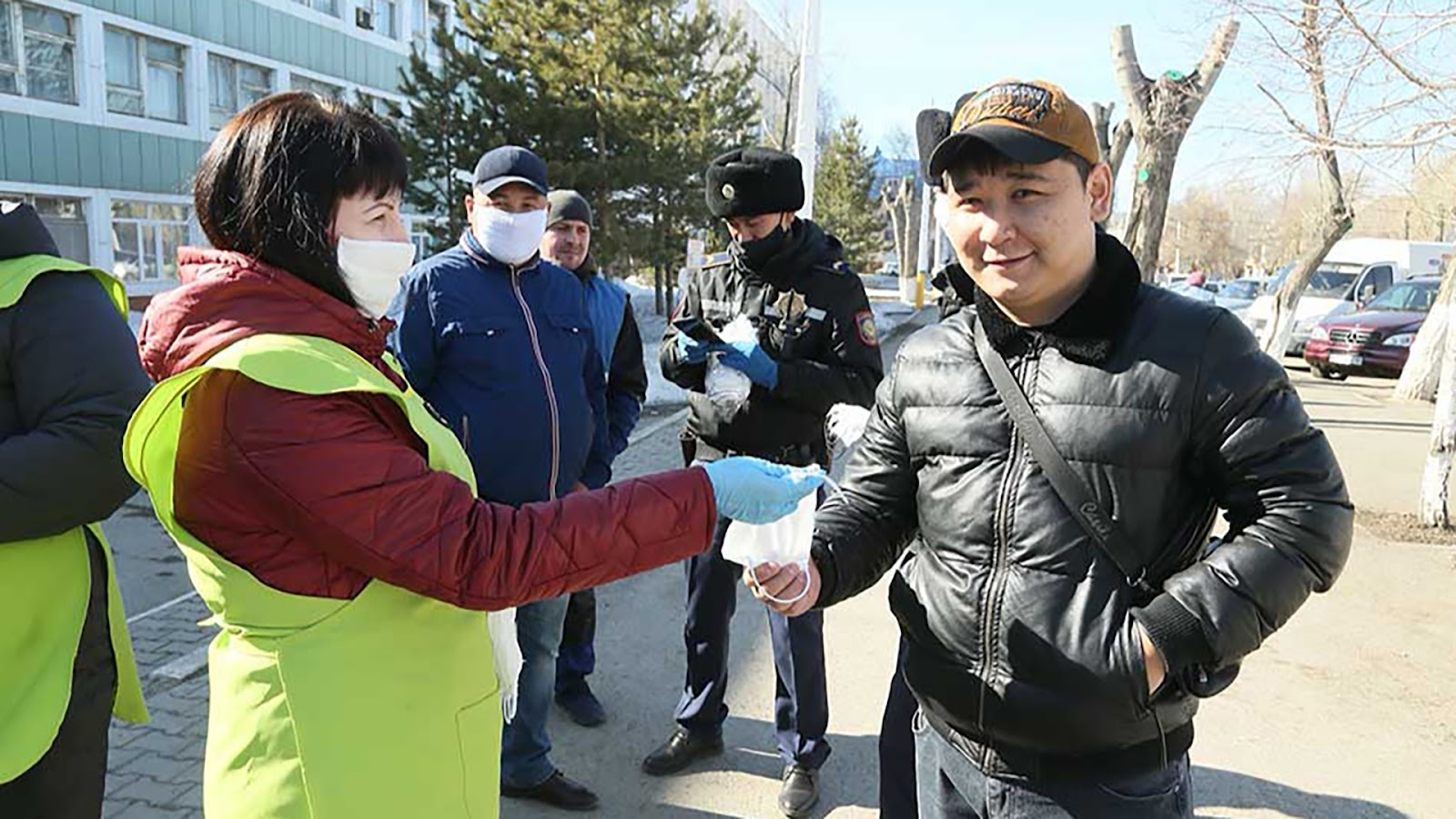 The production cycle is established in accordance with the interstate standard. The company also produces bleached cotton with a low density (calico, calico).

The ministry has also prepared a Roadmap for the Development of Light Industry for 2019-2021, which is approved by the Government. The roadmap provides for 52 measures to ensure the supply of raw materials to enterprises, the fight against illegal circulation of goods, increasing the share of Kazakhstani content, measures of economic incentives, as well as systemic support measures.

In 2019, state bodies, organizations, and Atameken NCE carried out some work, 80% of the Roadmap events were completed.

For local executive bodies, target indicators have been set for local content in government procurement of light goods, furniture industry and construction materials.

The goods of the light and furniture industry are included in the list of goods, works and services for which public procurement from July 1, 2019 is carried out by a competitive tender with preliminary qualification selection.

A pilot project on mandatory labeling and traceability of shoes has been launched.

As for transport and warehousing, the volume index for January-April 2020 amounted to 89% with a plan of 99%.

In terms of pipeline transportation, growth is observed, for this period this indicator amounted to 92.7 million tons, which is 2.2% more than the same period last year. However, freight turnover decreased by 2% and amounted to 44.2 billion tonne-kilometers.

At the same time, in the direction of China-Europe-China, the volume of container traffic amounted to 117.7 thousand TEUs, which is 23.4 thousand TEUs or 25% more than in January-April 2019 (94.3 thousand TEUs).

Also, quarantine of some enterprises affects transport and logistics, as they reduce the volume of deliveries and orders for transportation.

According to the results of January-April 2020, positive dynamics are observed in 13 regions.

A total of 24,884 housing units were commissioned in the republic, including 11,498 individual houses.

An increase in housing commissioning compared to last year is observed in 10 regions of the republic.