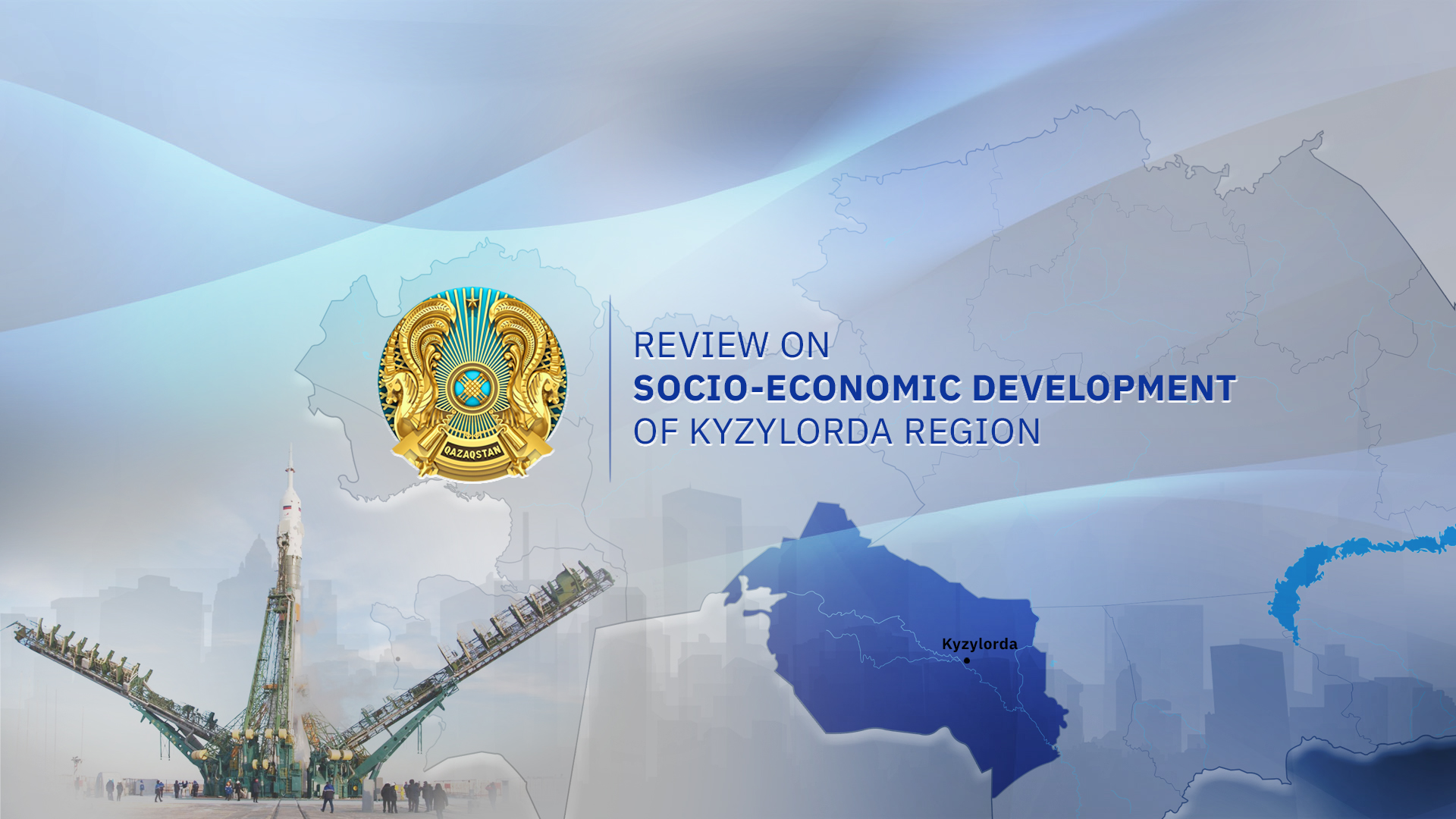 On behalf of the Head of State, a number of state programs are actively implemented in the regions of Kazakhstan. The programs are aimed at socio-economic development of the regions, improvement of the well-being of citizens, increasing incomes and the quality of life. Read the report by PrimeMinister.kz on the progress in the implementation of the Head of State’s instructions in the Kyzylorda region.

Kyzylorda region was formed Jan. 15, 1938. The region is located in the southwestern part of Kazakhstan with a total area of ​​226 thousand km², which is 8.3% of the entire territory of the republic. 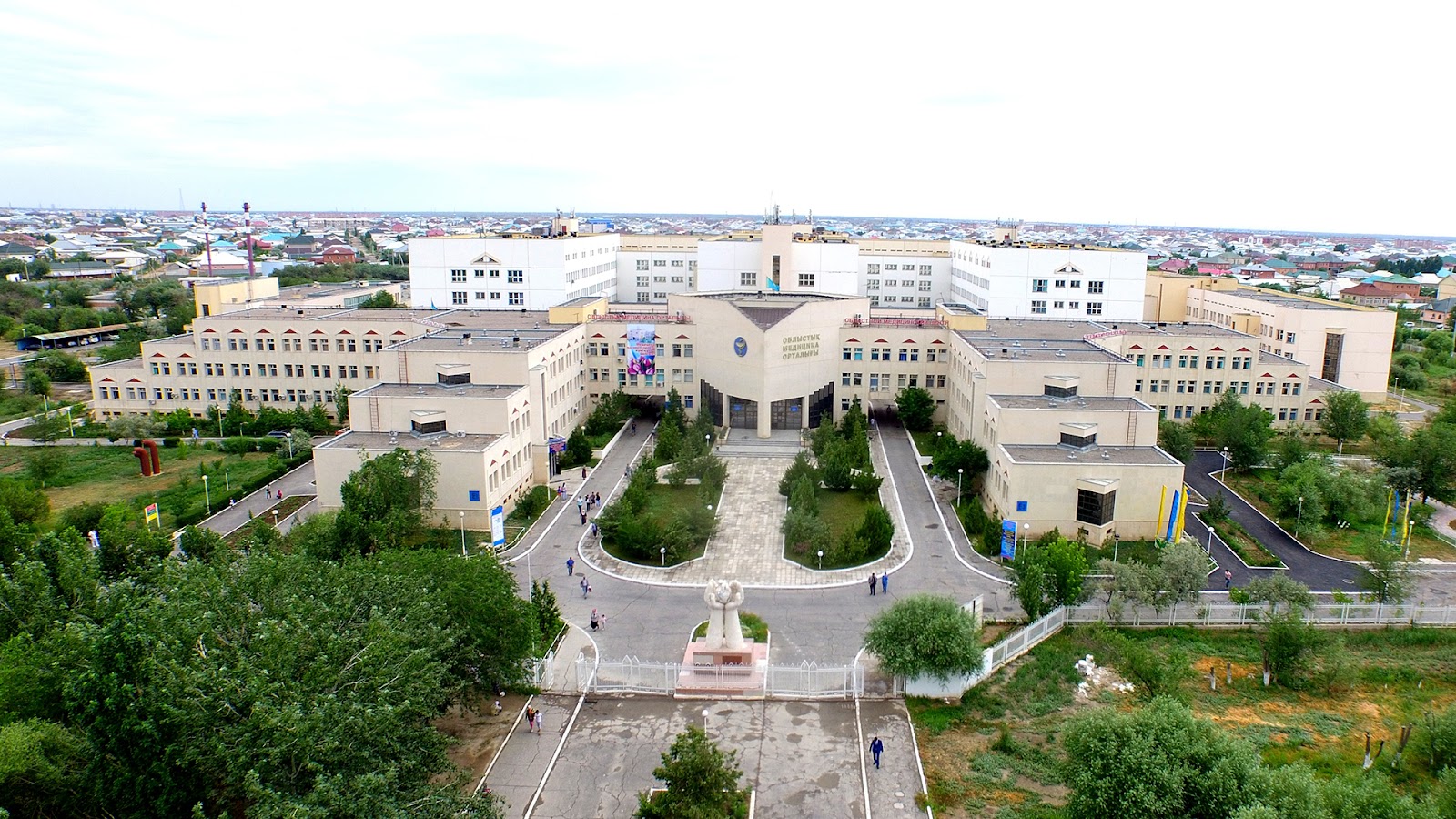 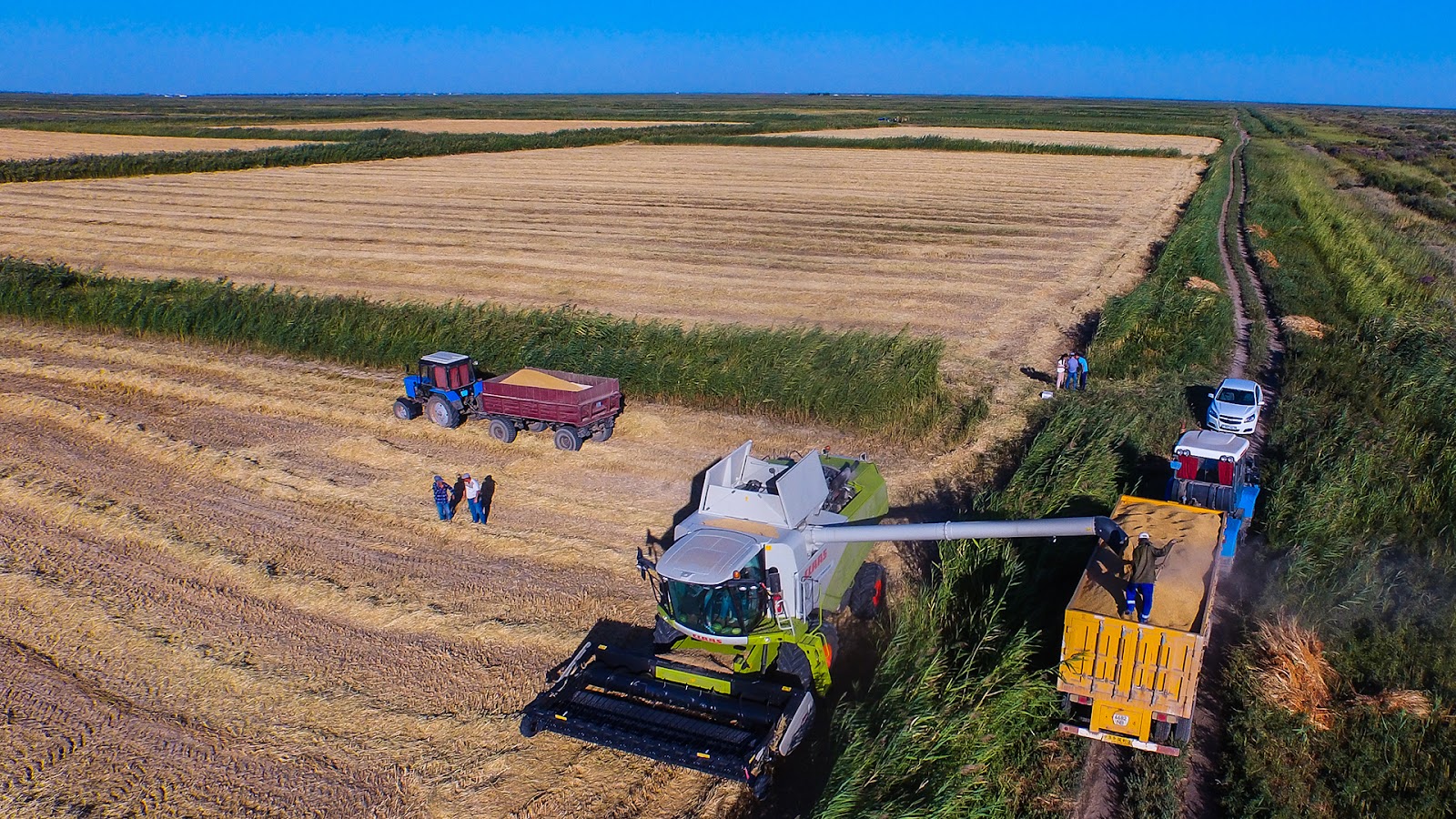 For January-August 2019, the region produced agricultural products worth 35.9 billion tenge, which is 2.7% more than the corresponding period last year.

Whereas, 583.8 million tenge was invested in fixed assets of food production, an increase of 2.3 times compared with the corresponding period last year. 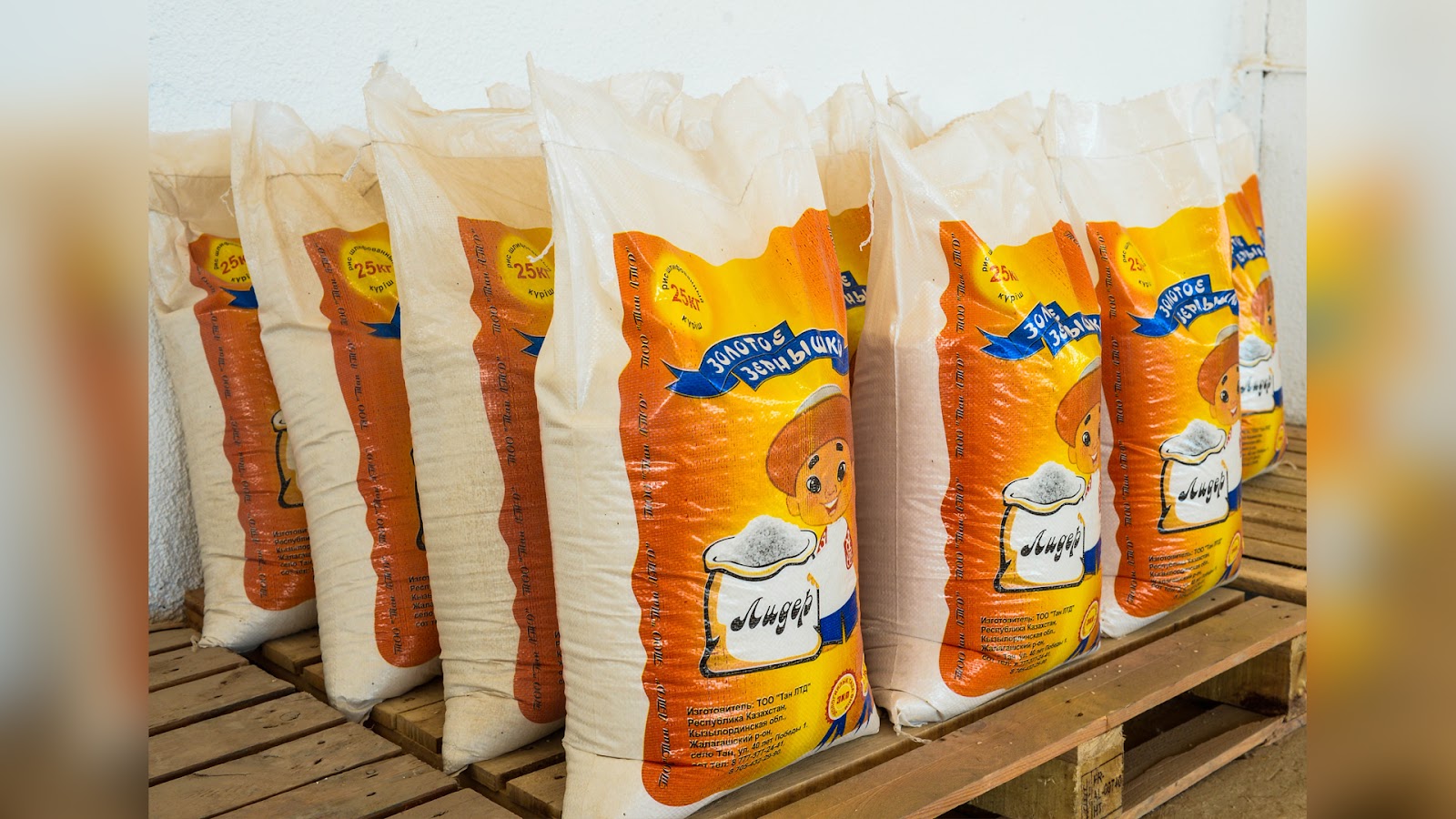 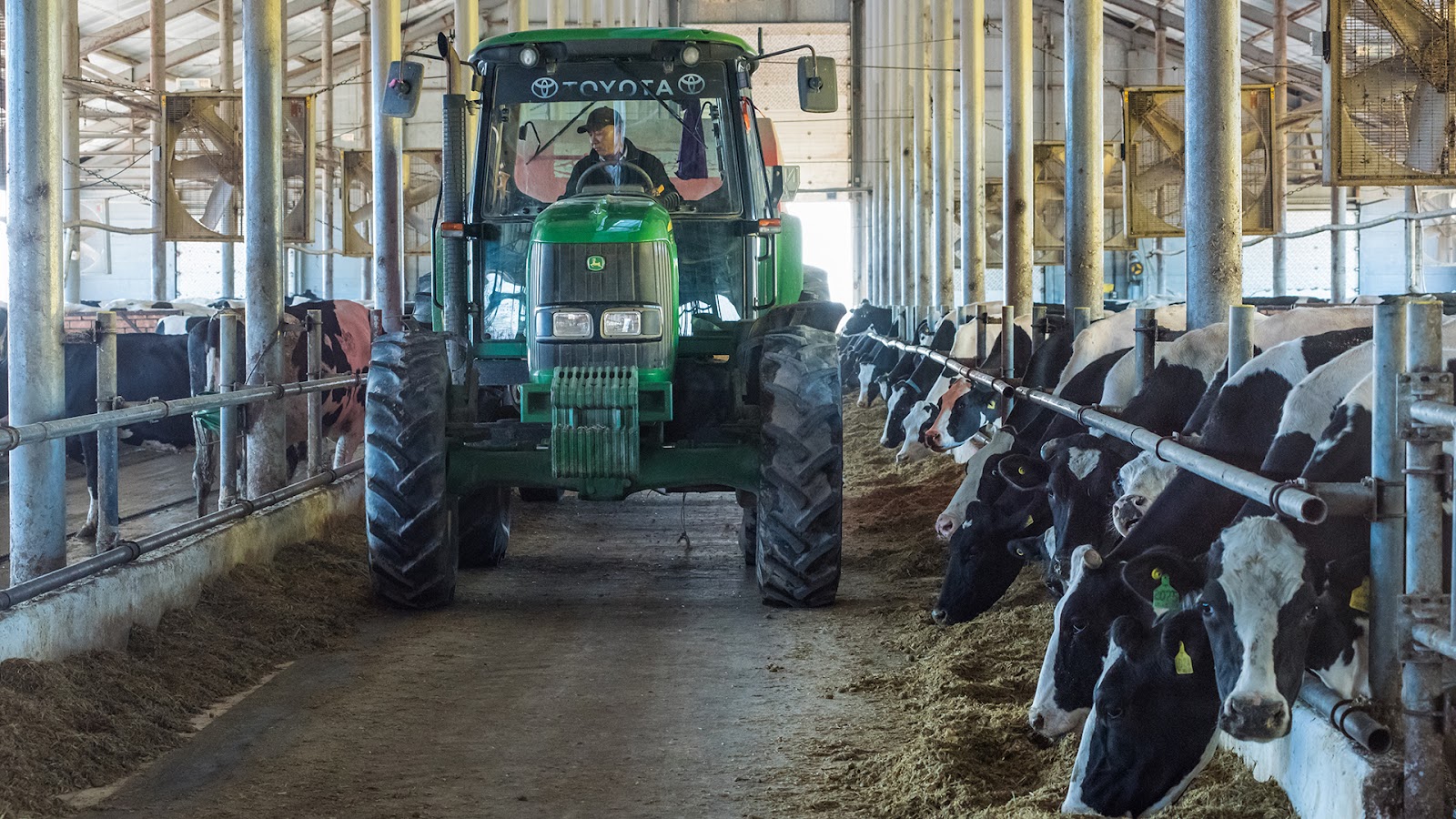 This year, 13.3 billion tenge was allocated for state support of the agricultural sector, compared with last year, this figure is 28% higher. The food price index increased by 5.6%. 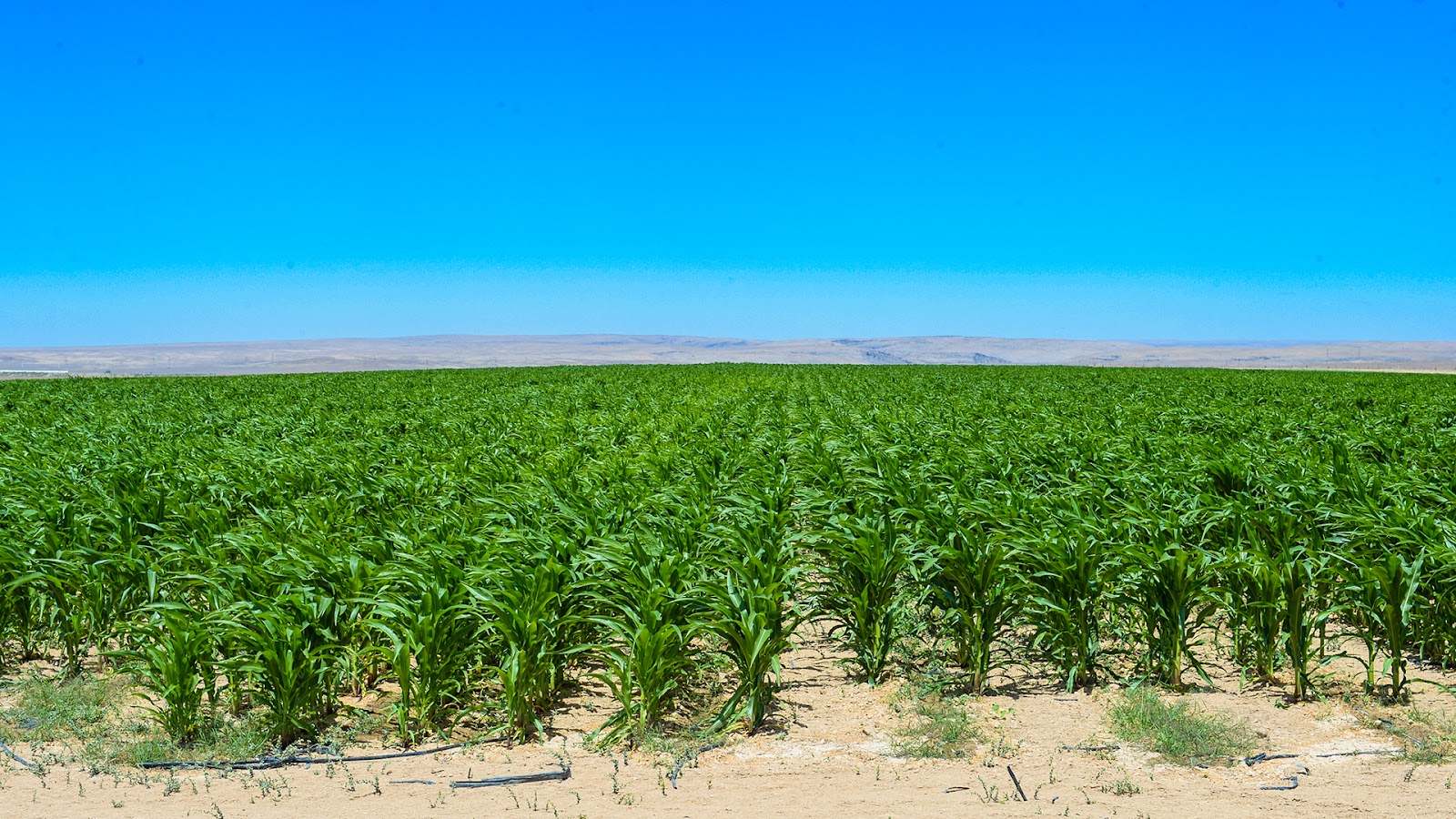 To date, out of 87.9 thousand hectares of rice in the region, more than 42 hectares have been harvested, 165.3 tons of products have been received. The harvesting continues. 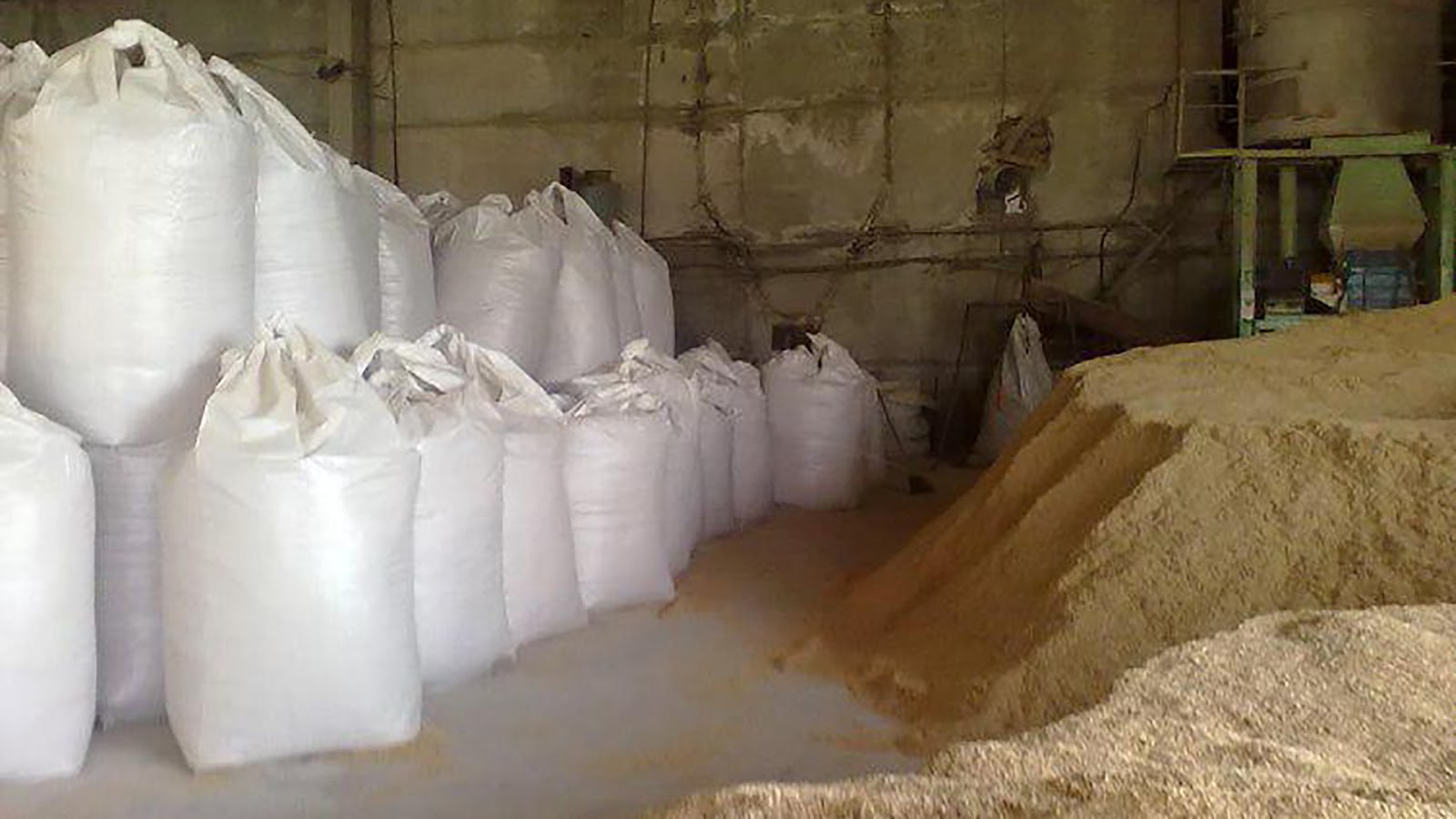 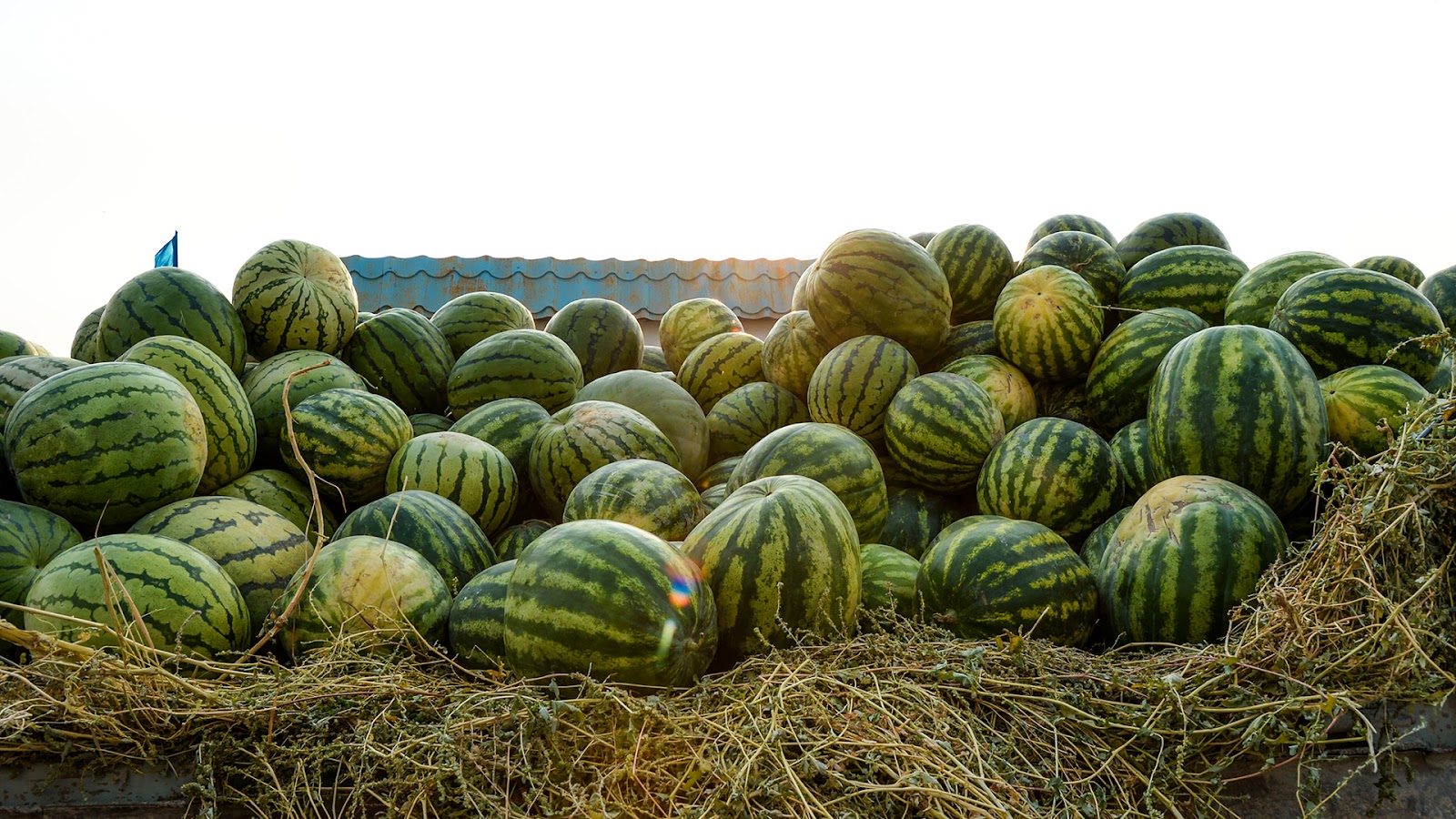 The work on cleaning safflower culture have been completed. At the moment, 7.7 thousand hectares (100%) have been harvested, 7 thousand tons of products received.

In order to increase labor productivity and increase the volume and quality of meat products, this year a meat processing plant is being built on the basis of Marzhan Cheese LLP. The company exported to Uzbekistan 250 heads of cattle in live weight (105 tons), to Iran - 56 goals (22.4 tons). Shagan Zher LLP and Cheese Marzhan LLP entered into an agreement with MUXTOR-TRADE (Uzbekistan) on the implementation of deliveries of 1,000 cattle in live weight. In addition, nearly 800 heads of live weight were exported to Iran, and 950 heads to the UAE.

In January-August 2019, an increase in food processing by 8.8% was noted in agriculture in comparison with the same period last year. 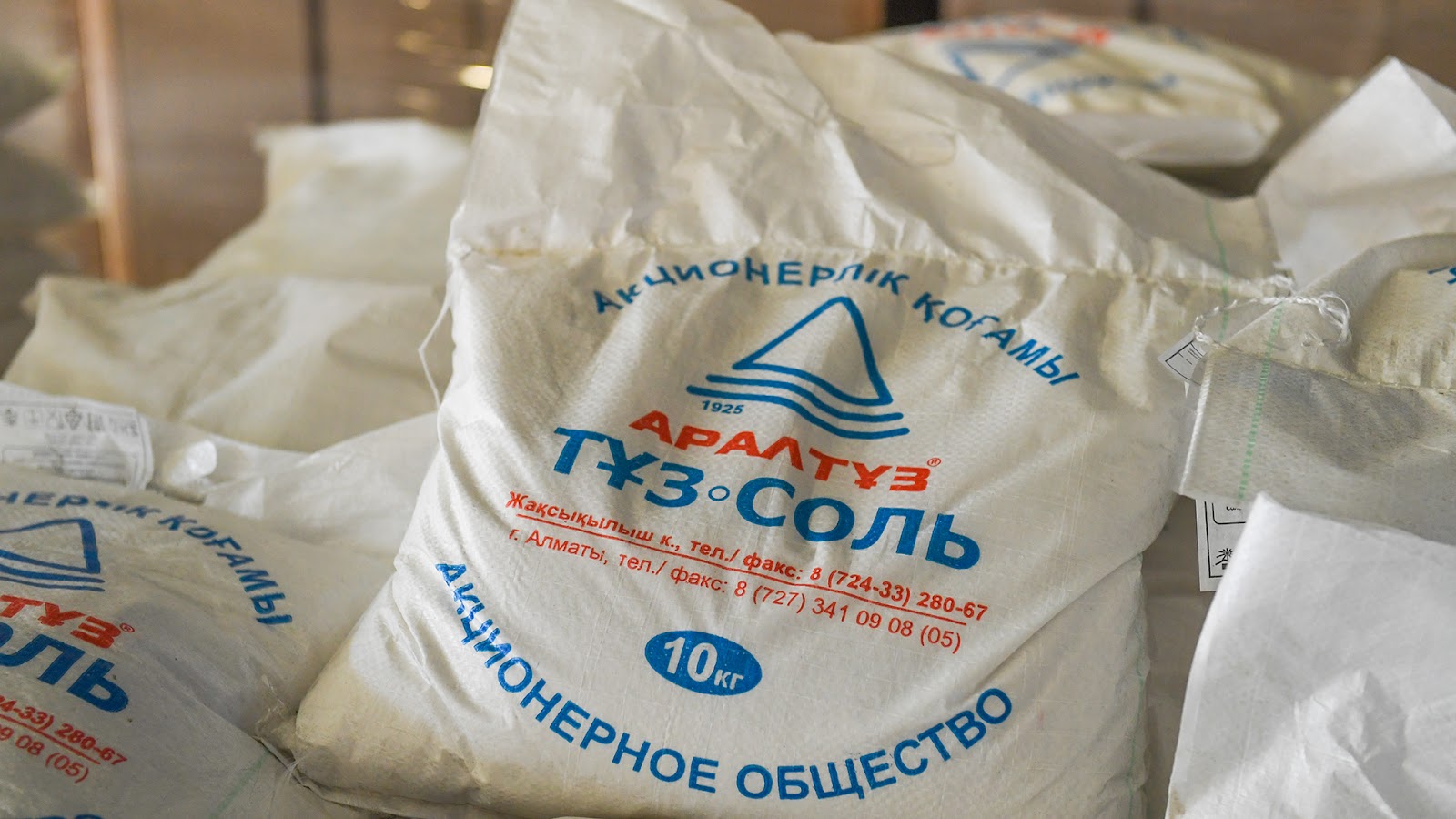 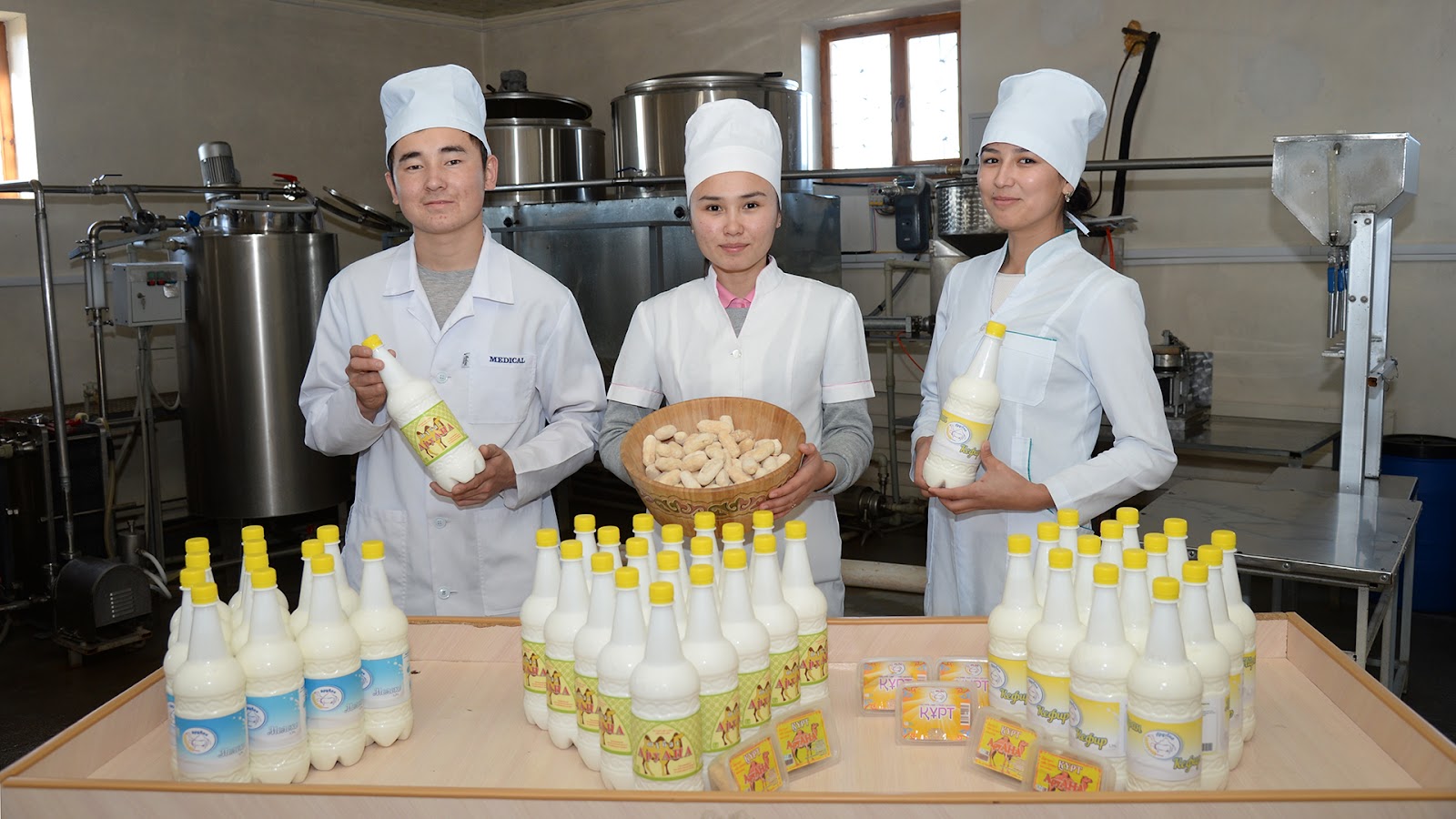 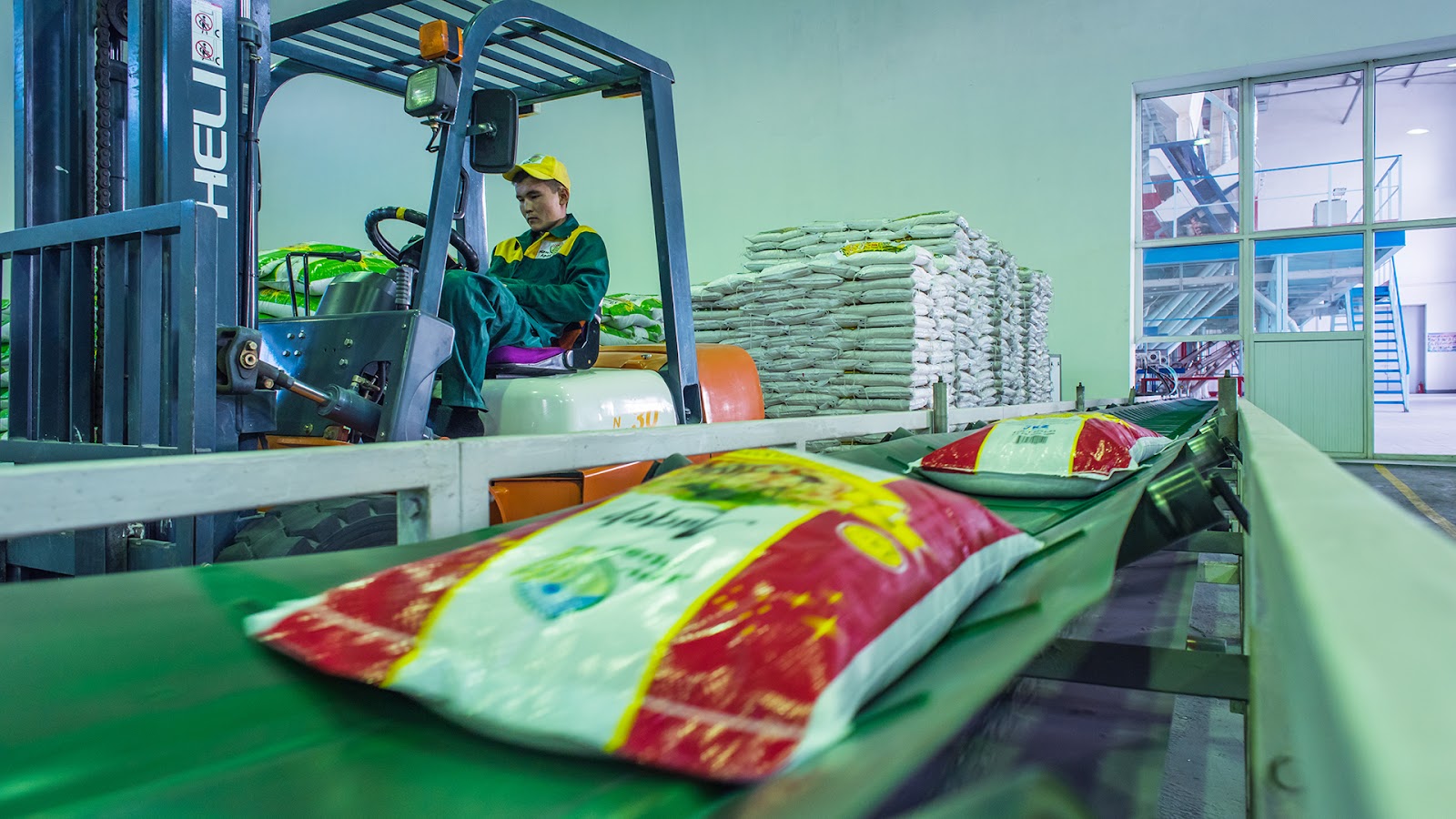 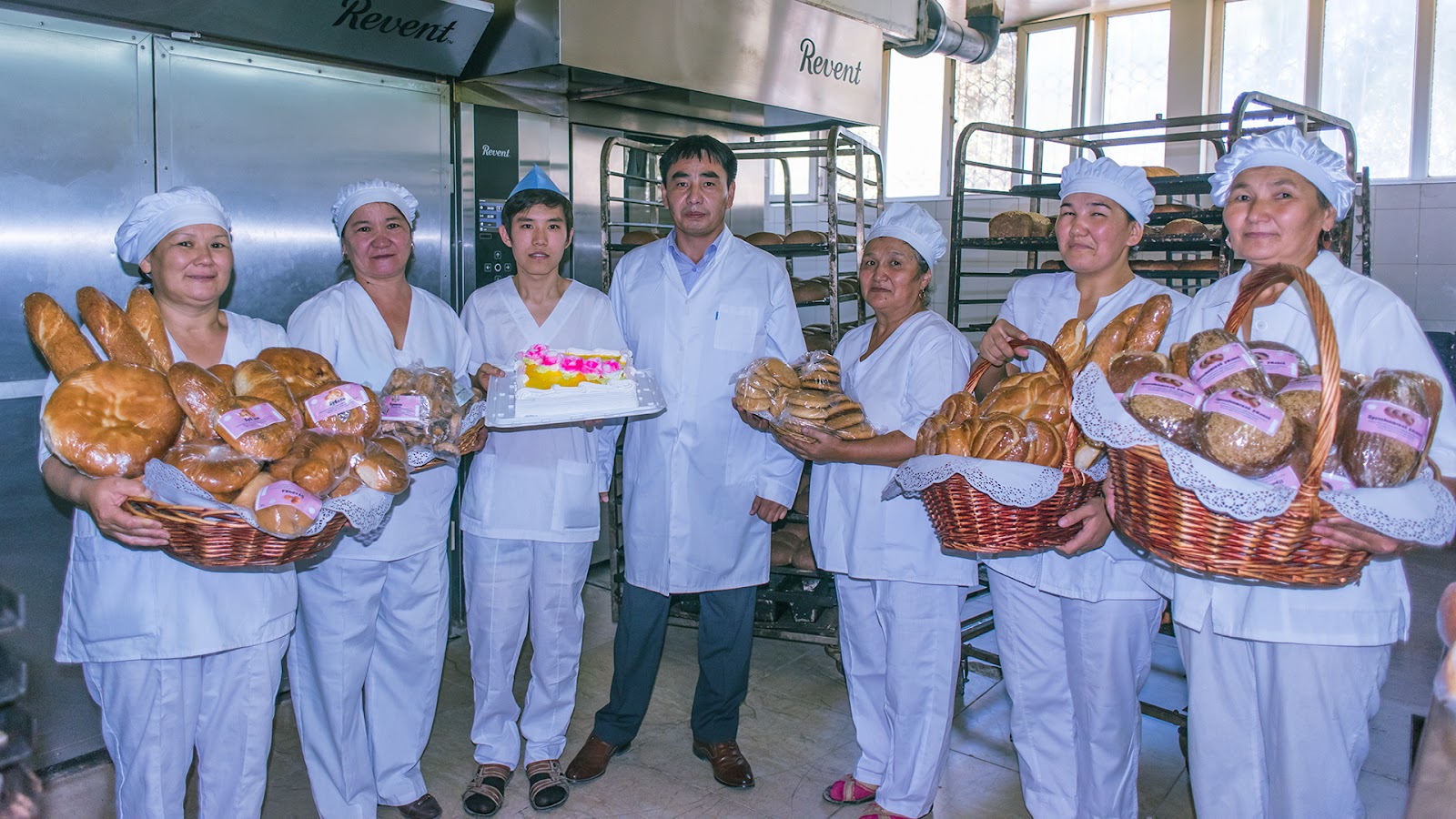 According to Results of 8 Months in 2019, Investments Increased 1.7 Times

In January-August 2019, the volume of investments attracted to the region amounted to 233.4 billion tenge and increased 1.7 times compared to the reporting period last year. It should be noted that in terms of growth dynamics, the Kyzylorda region is among the first three the regions (Karaganda – 188.3%, East Kazakhstan – 145.9%). 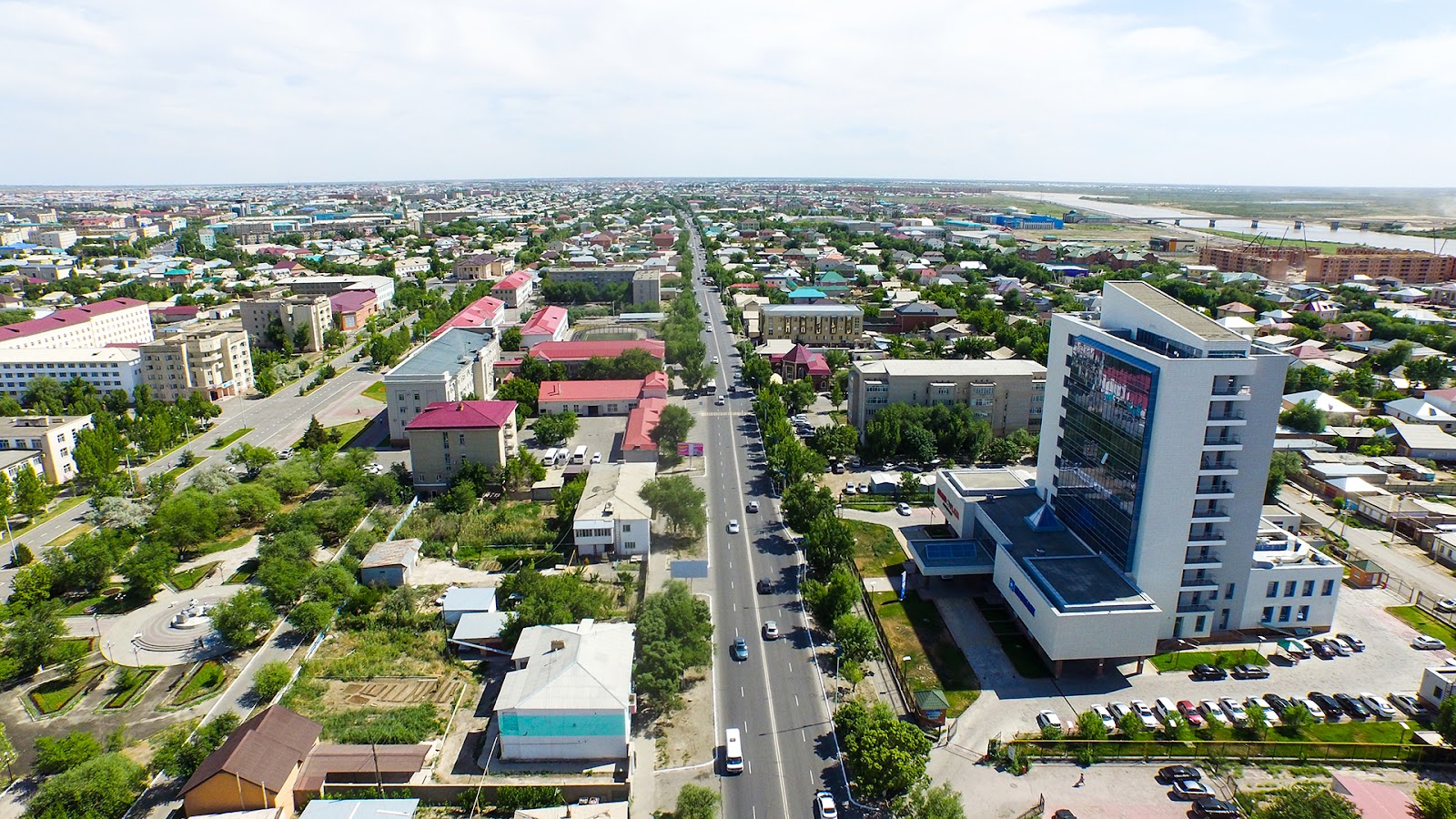 On the territory of the region, six industrial zones operate in 909.9 hectares of land. Now 213.8 hectares of land have been developed from the allocated land plots, 47 projects are located here for a total of 193 billion tenge. 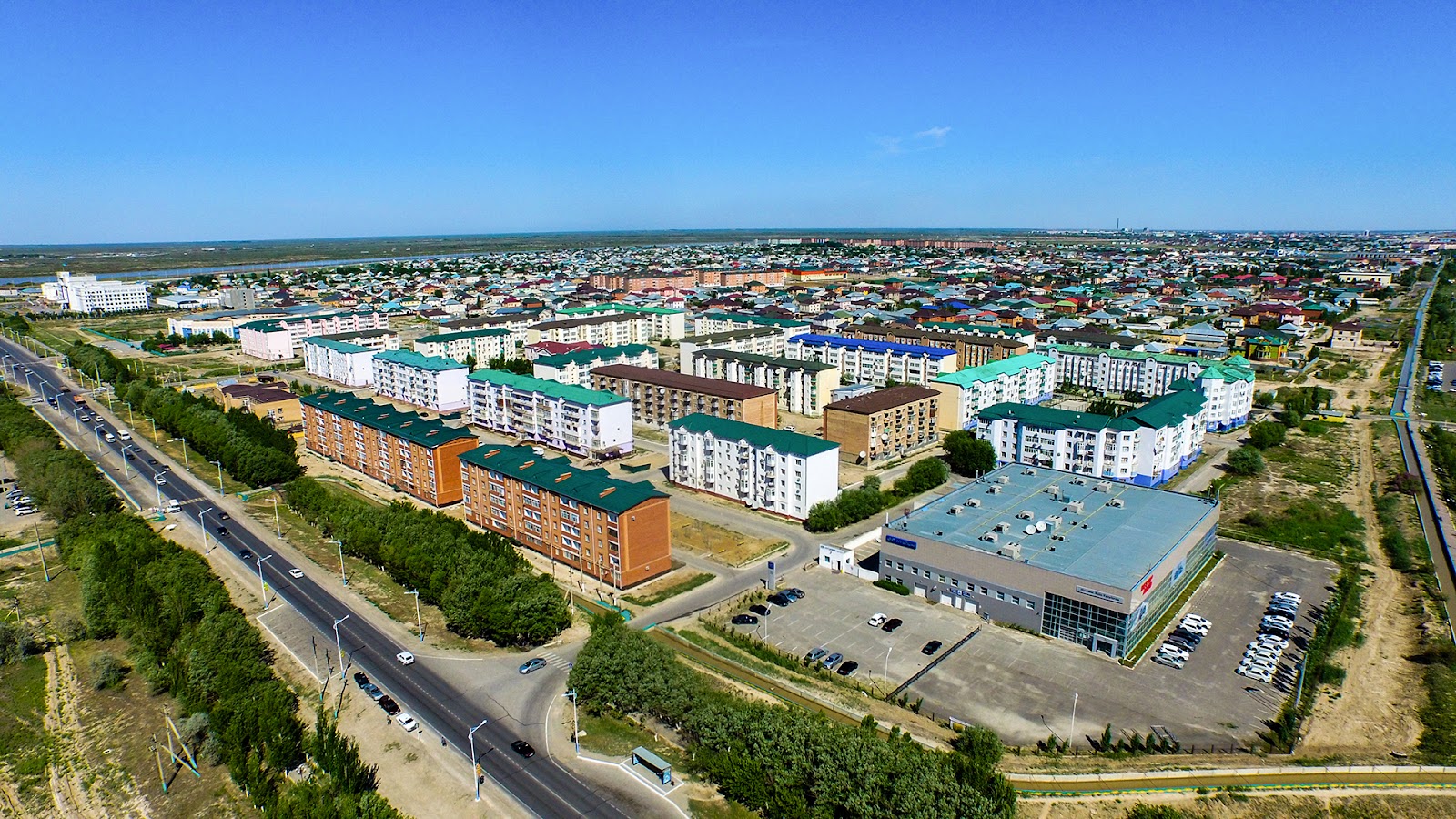 Currently, 21 projects have been implemented for 65.3 billion tenge, 422 jobs have been opened.

The volume of products produced by projects for 8 months of 2019 amounted to 2.6 billion tenge and increased by 8.9 times compared to the same period in 2018.

Since the beginning of the year, 5 projects have been implemented for a total of 166 million tenge. With the projects reaching full capacity, 26 new jobs will be opened. 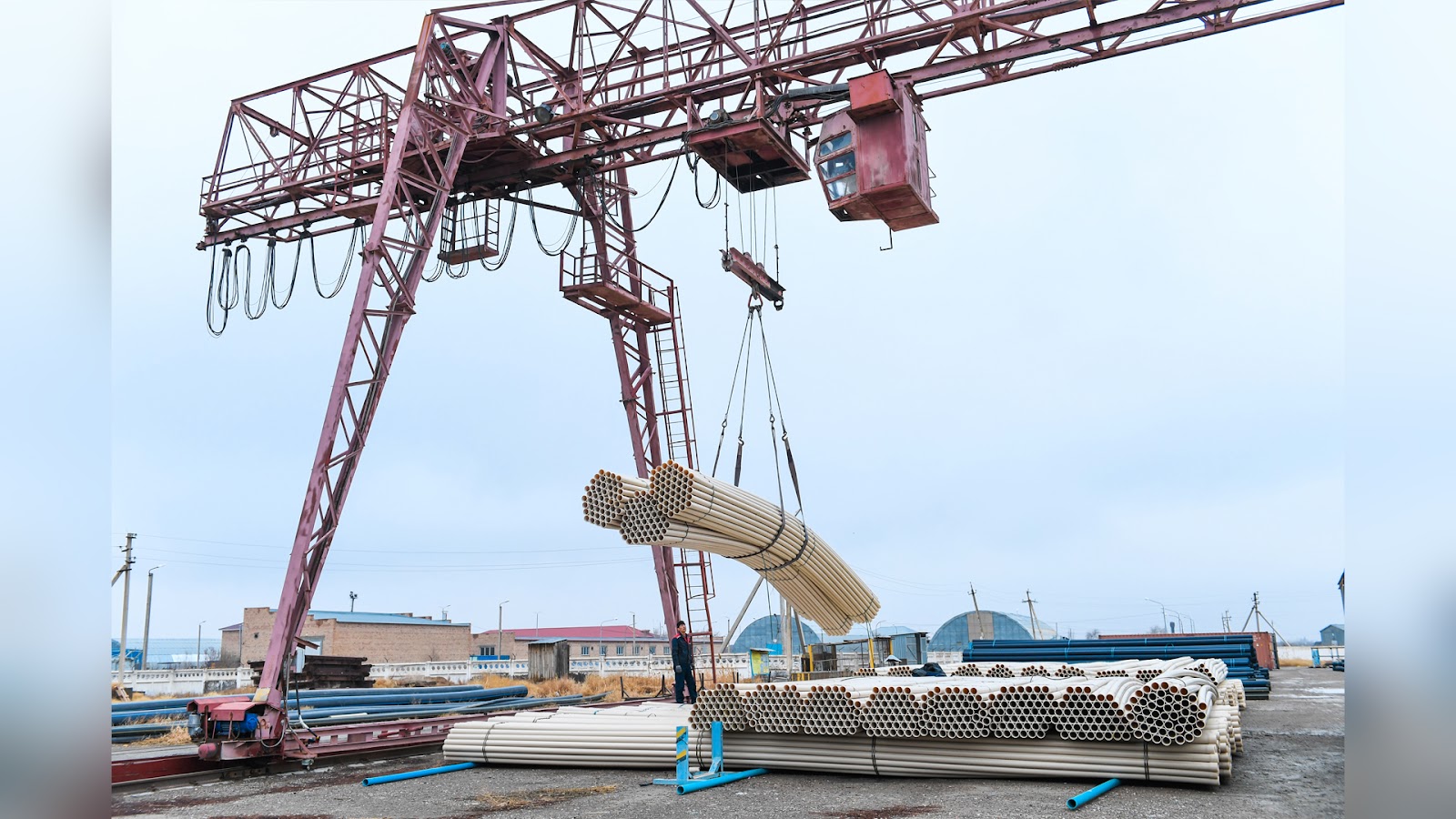 At the same time, for eight months of 2019, the volume of industrial production amounted to 588 billion tenge. 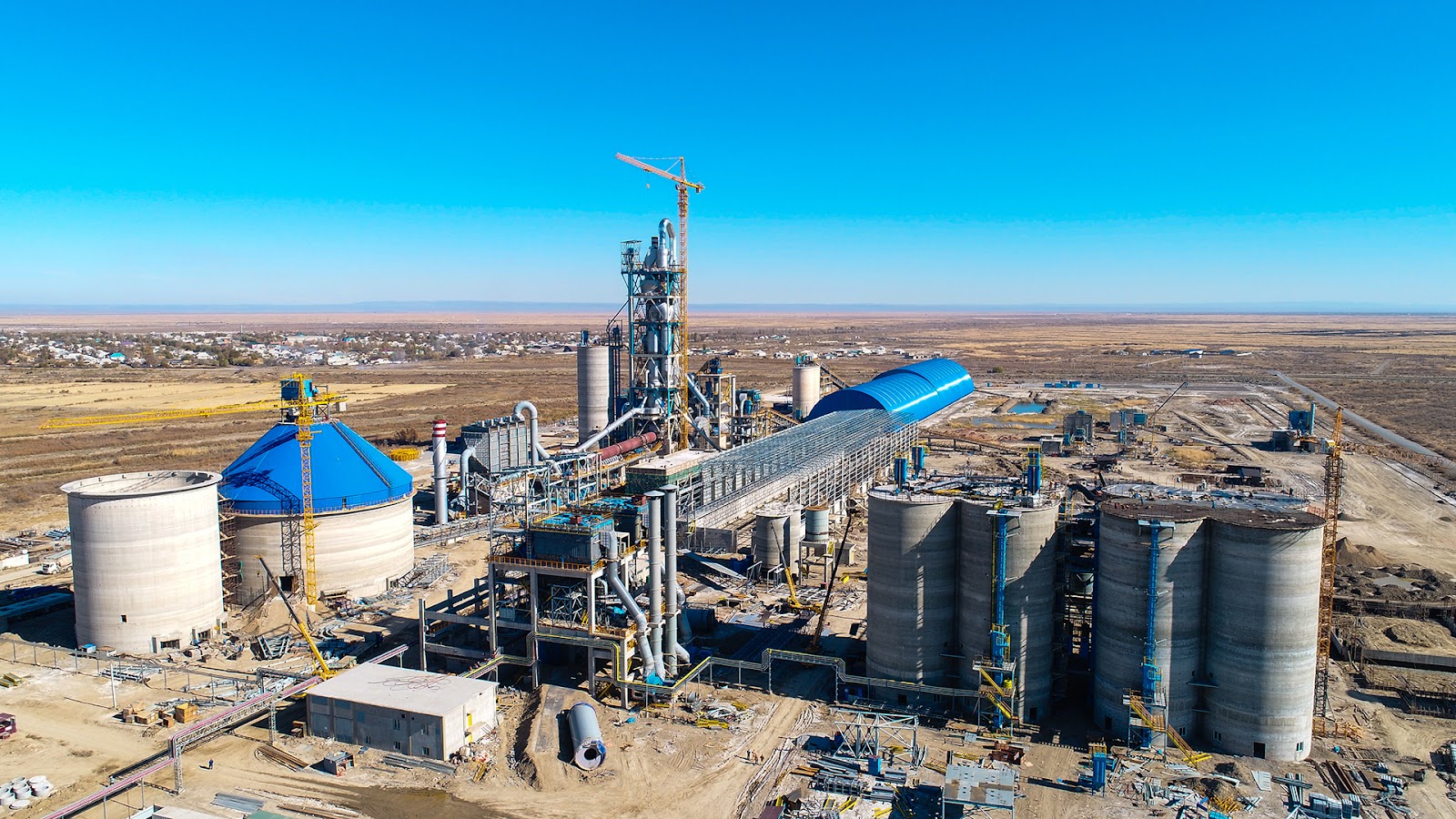 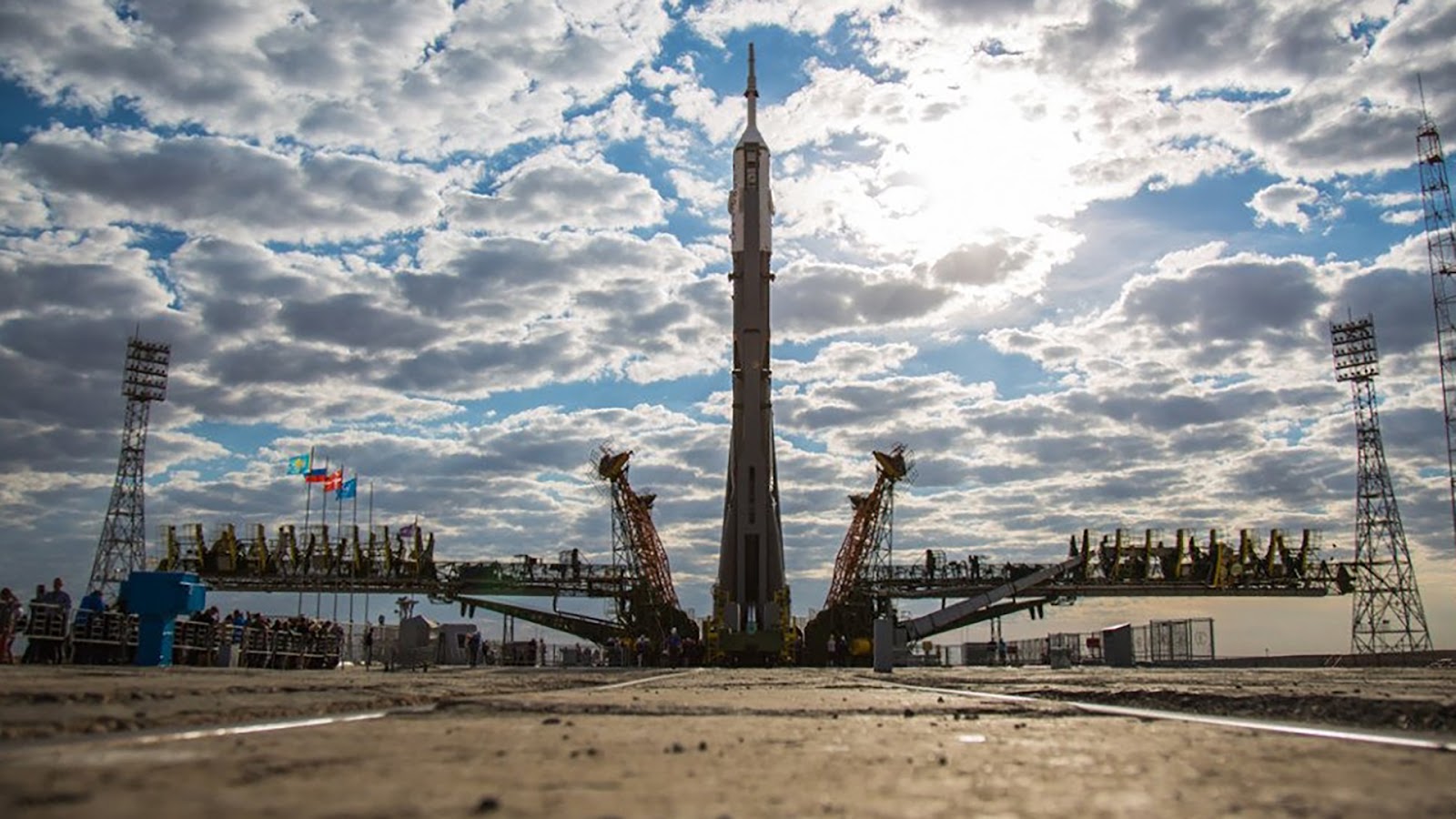 Also, in accordance with the order of Elbasy, given in the framework of the XV Forum of Regional Cooperation between Kazakhstan and Russia in 2018, work is underway to create a special economic zone "Baikonur."

The Baikonur zone will allow the creation of the Baikonur International Space Port (2019-2030), the Baikonur Entertainment and Tourism Zone (2019-2026), and attract foreign and domestic investors to organize more than 10 large export-oriented industrial production in Baikonur city. At the same time, the Baikonur zone contributes to the creation of a favorable business climate in the city, namely the creation of more than 3.6 thousand new jobs, reduction of unemployment from 4.6% in 2019 to 2.5% by 2025, an increase in the number of people employed in the economy from 28 thousand people in 2019 to 45 thousand in 2035, and also an increase in tourist flow from 250-500 thousand or more tourists a year.

It is planned to build 10 projects on the territory with a total cost of 466 billion tenge with the creation of more than 3,600 jobs.

According to Arnur Nurmaganbetov, head of the Construction, Architecture and Urban Planning Department of the Kyzylorda Region, in 2018, as part of the Nurly Zher program in Baikonyur, construction of five residential buildings began, the number of apartments in which is 250. At the end of 2018, they were commissioned into operation. This year, all the necessary infrastructure has been brought to these houses, landscaping works have been completed.

“In the near future, 50 apartments in these houses will be provided as official housing to public servants, employees of the public sector, law enforcement system. The remaining 200 apartments will be provided to citizens standing in line for housing in the akimat of Baikonur for rental housing without the right to purchase. 2.1 billion tenge were allocated for the construction of these houses from the republican and regional budgets. Also, social infrastructure facilities were built: schools, hospitals, clinics,” Nurmaganbetov said.

In turn, Head of the Department of Energy and Housing and Communal Services of the Kyzylorda Region Medet Usain noted that in 2017, a gas pipeline was constructed in Baikonur as part of the investment program of KazTransGasAimak JSC. 44 km of the gas pipeline and gas distribution station were under construction.

“To date, according to the results of the fifth interdepartmental commission, KazTransGasAimak JSC obtained the right to sell gas in the territory of Baikonur in accordance with the tariffs of the Kyzylorda region. Earlier, residents of Baikonur, using liquid petroleum gas, on average per month paid 3 thousand tenge per apartment. After the pipeline construction, payment will be about 200 tenge per month. This will be of great help to the population, and will give impetus to development for small and medium-sized businesses. To date, six social facilities and all 323 apartment buildings use natural gas,” said Usain 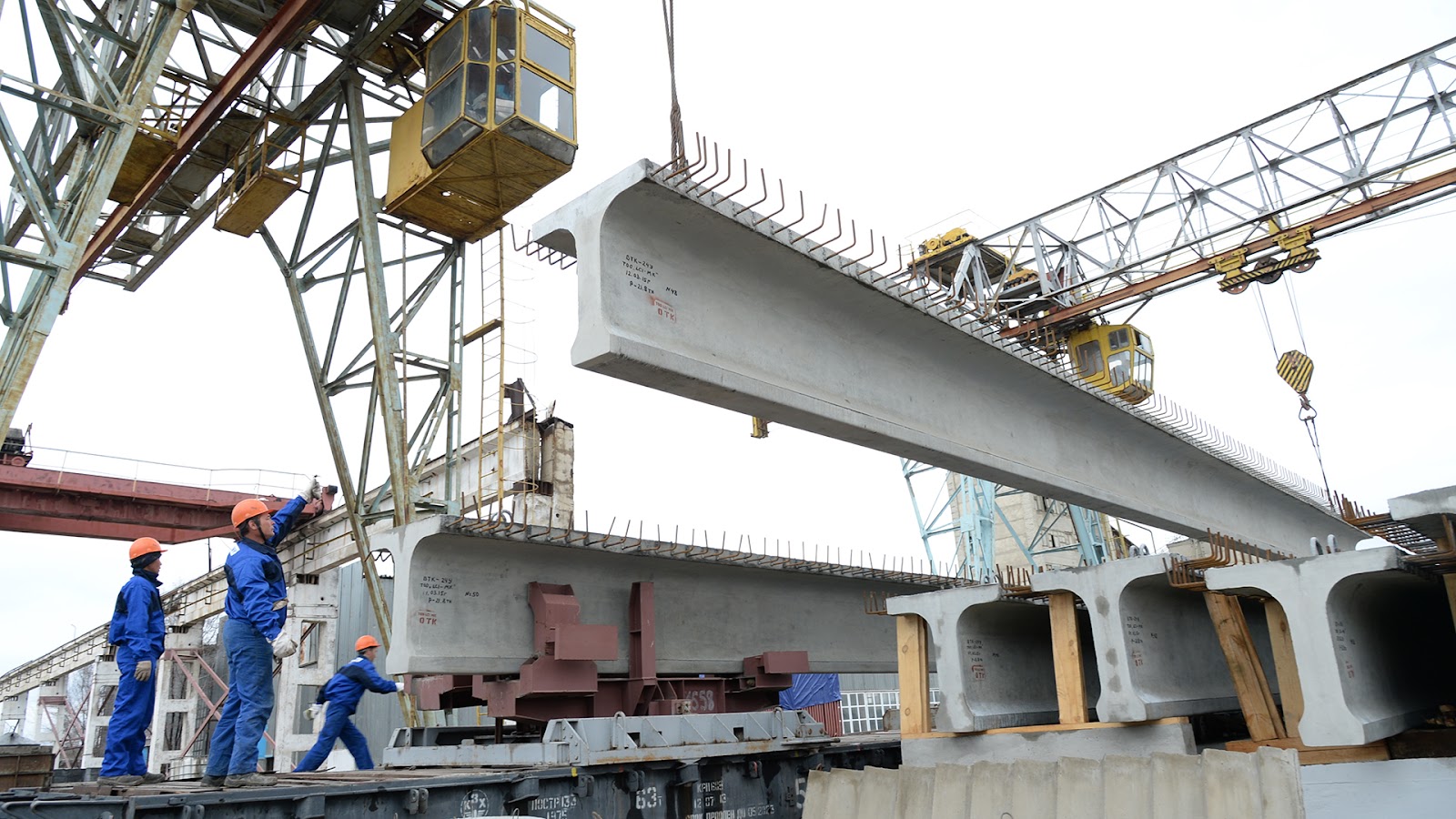 In addition, as part of the program, 9.5 billion tenge was allocated for the construction of 35 projects for the development of engineering and communications infrastructure. 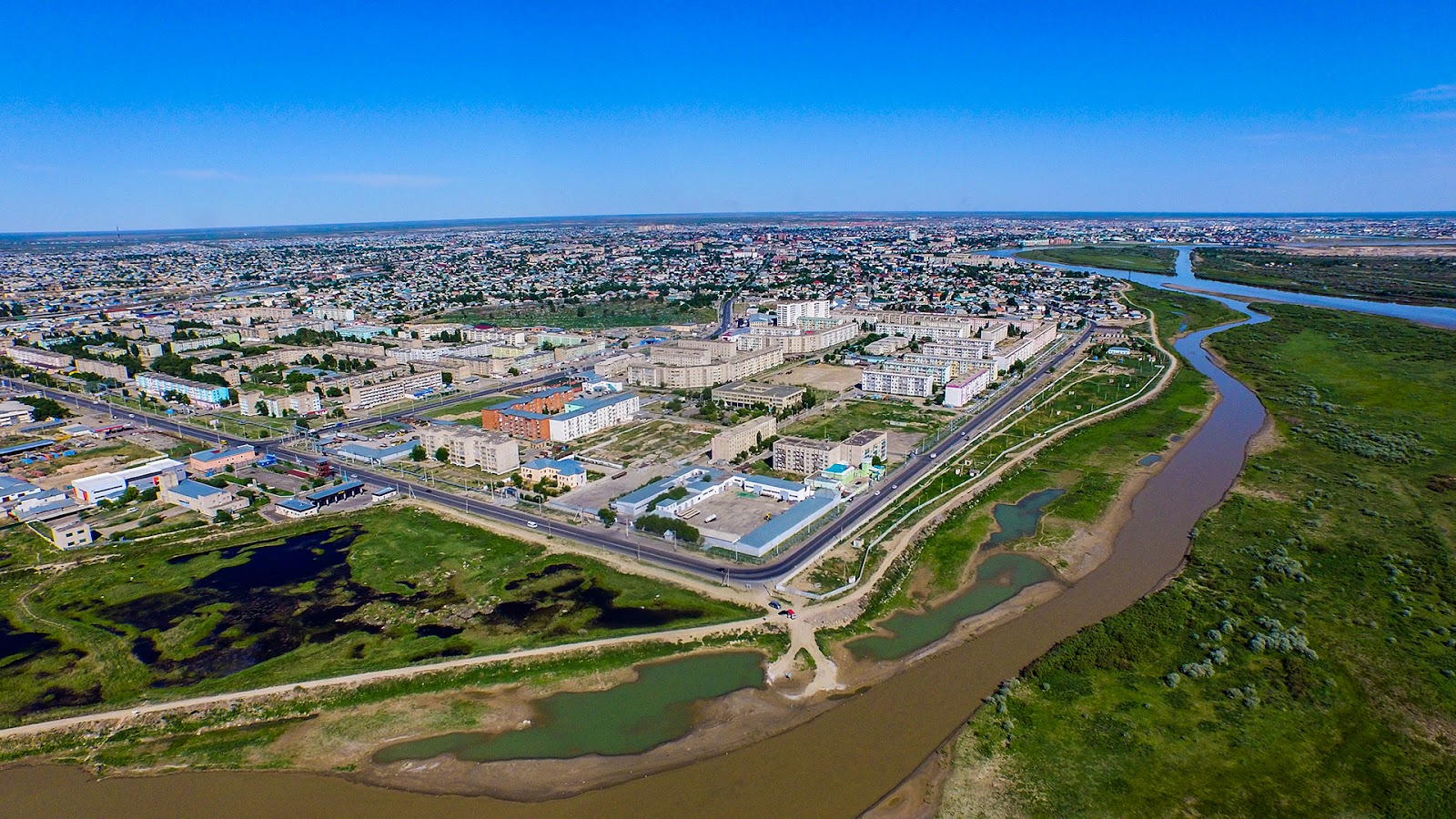 In 2019, it is planned to put into operation 720.8 thousand square meters of housing and 299 kilometers of engineering infrastructure network from all sources of financing. 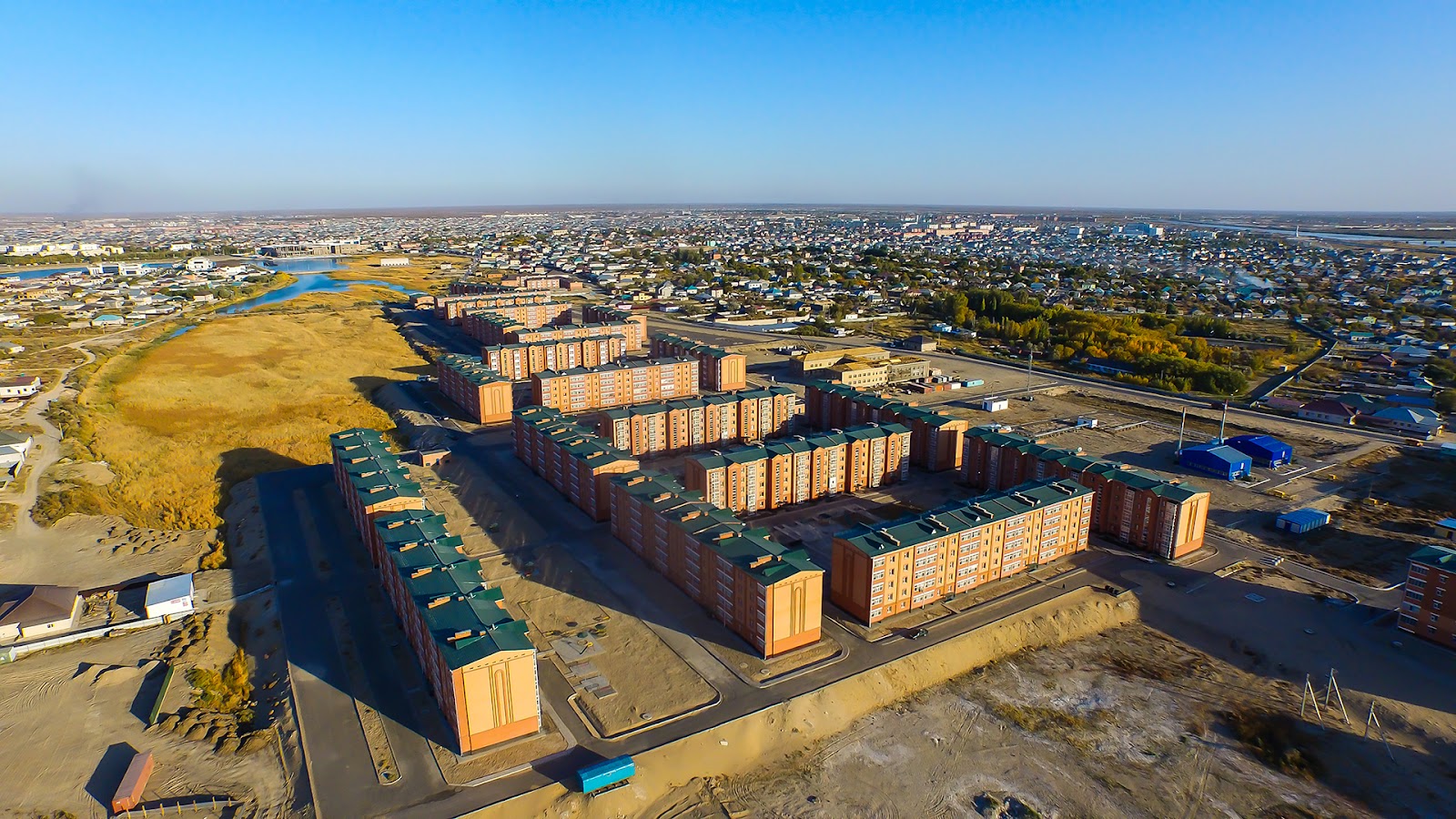 As part of the 7-20-25 mortgage lending program, 166 applications totaling 1,422.1 million tenge have been received through second-tier banks, 87 loans worth 747.5 million tenge have been issued. Under the 7-20-25 program, last year construction of four credit residential buildings for 240 apartments began. Also this year, 13 loan houses for 590 apartments will be commissioned as part of the program. 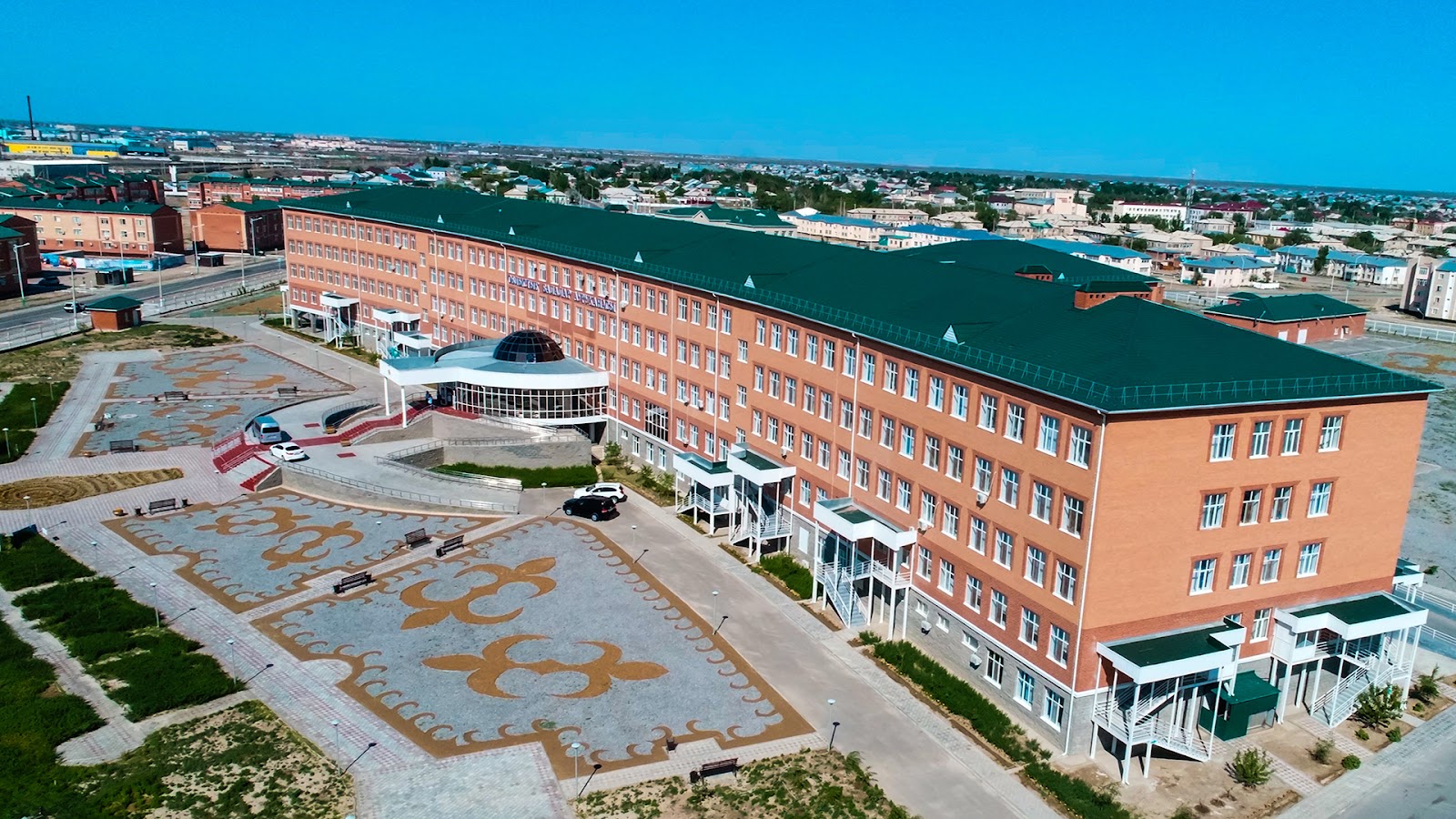 In January-August 2019, Almost 9 Thousand New Jobs Created in the Region

10.2 billion tenge were allocated for the implementation of the Enbek program in the region. In order to train personnel with technical and vocational education, 1,515 people were sent for training. For short-term training – 1,067 people. Today 825 people learned the basics of entrepreneurship under the Bastau Business project, 757 of them completed training, 141 received microloans and 309 received state grants.

In order to support entrepreneurial initiatives in rural and urban areas, microcredits were issued to 598 citizens. In addition, 467 permanent new jobs were created.

2,637 grants worth 1,137.2 million tenge were issued for the implementation of new business ideas, 757 people received grants and started their own business.

The number of recipients of targeted social assistance in the region increased by 3.7 times (from 34,312 to 129,525). By the decision of local representative bodies, 8,126 people of certain categories were paid social benefits of 650.5 million tenge. 2,906 families received charitable assistance worth more than 127 million tenge.

Number of SMEs in the Region Increased by Almost 8%

For 8 months of 2019 the number of operating entities in the field of small and medium-sized enterprises amounted to 44,227 units, an increase of 7.9% compared to the corresponding period of 2018. There is an increase in individual entrepreneurs by 1,501 units and peasant (farm) households by 1,378 compared to the same period in 2018. In general, the share of working small and medium enterprises registered in the region amounted to 85.7%. 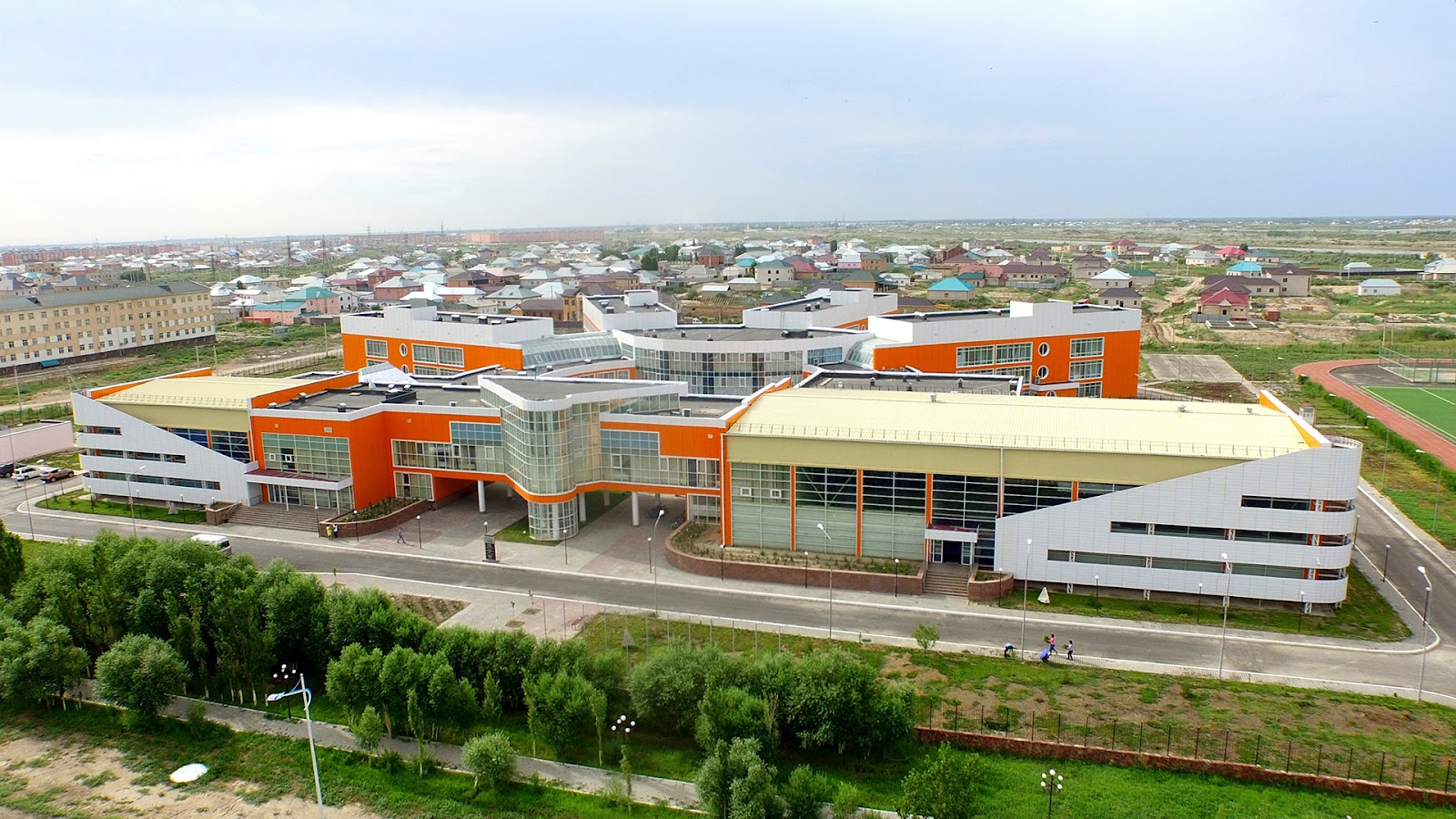 In the first quarter of 2019, 90,020 people were employed in the region in small and medium-sized businesses, goods worth 70.9 billion tenge were produced.

All Hospitals of the Region 100% Implemented Medical Information Systems

There are 32 state medical organizations in the region, 2,420 doctors and 9,040 paramedical workers, 37 private medical organizations. In order to improve the quality of medical care at the level of primary healhcare, the disaggregation of medical sites is carried out with the attached population from 2,200 to 1,800, and by 2020 – 1500 people. In this regard, over the past 2 years, an additional 57 medical sites have been opened, as a result, the number of attached population has decreased to 1,689, the target indicator is 1,700. To date, 13 sites have been opened, the number of attached population per 1 site is 1647 people. 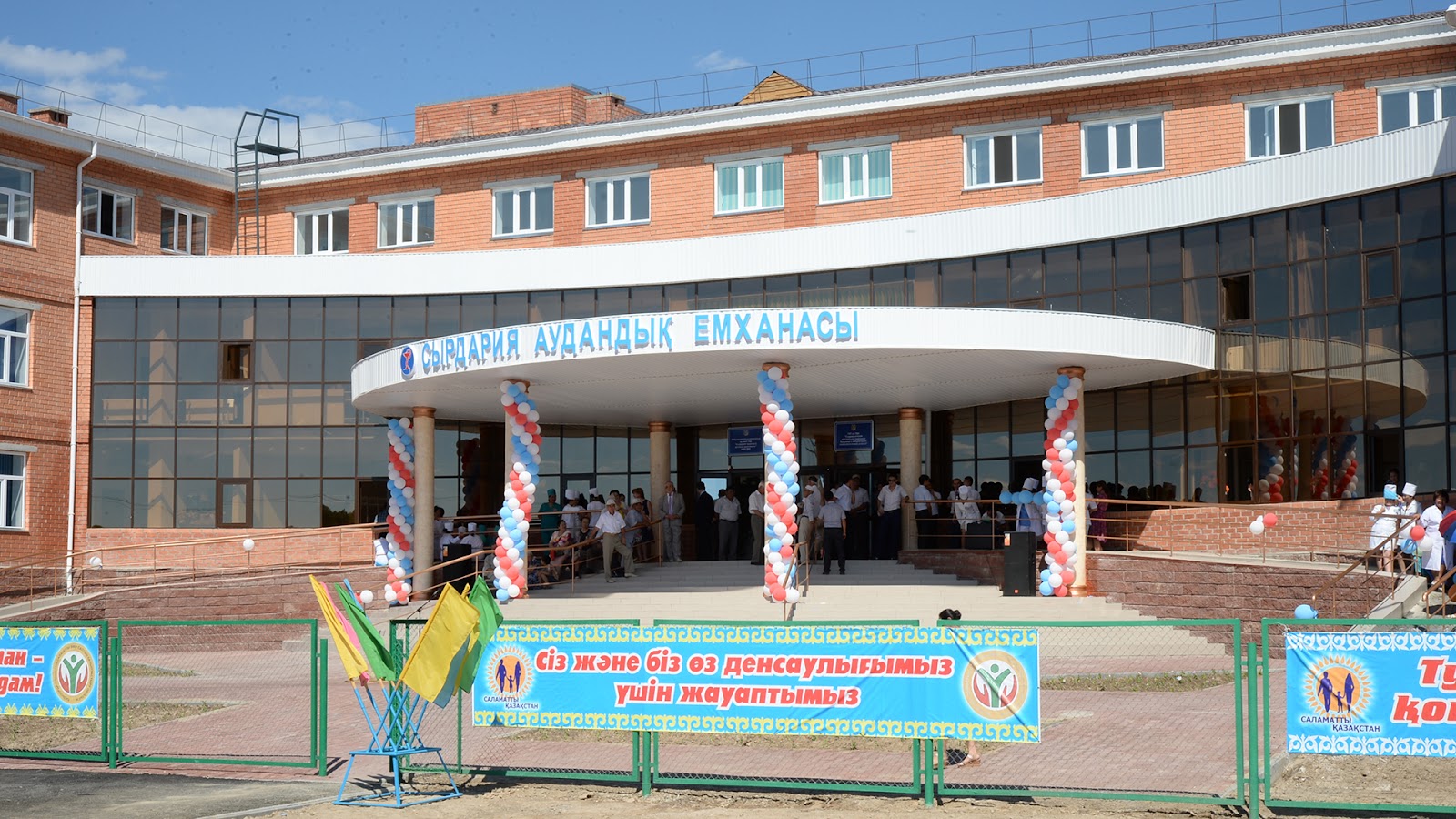 By the end of this year, it is planned to open an additional 26 sites and bring the number of attached population per 1 general practitioner to 1600 people. 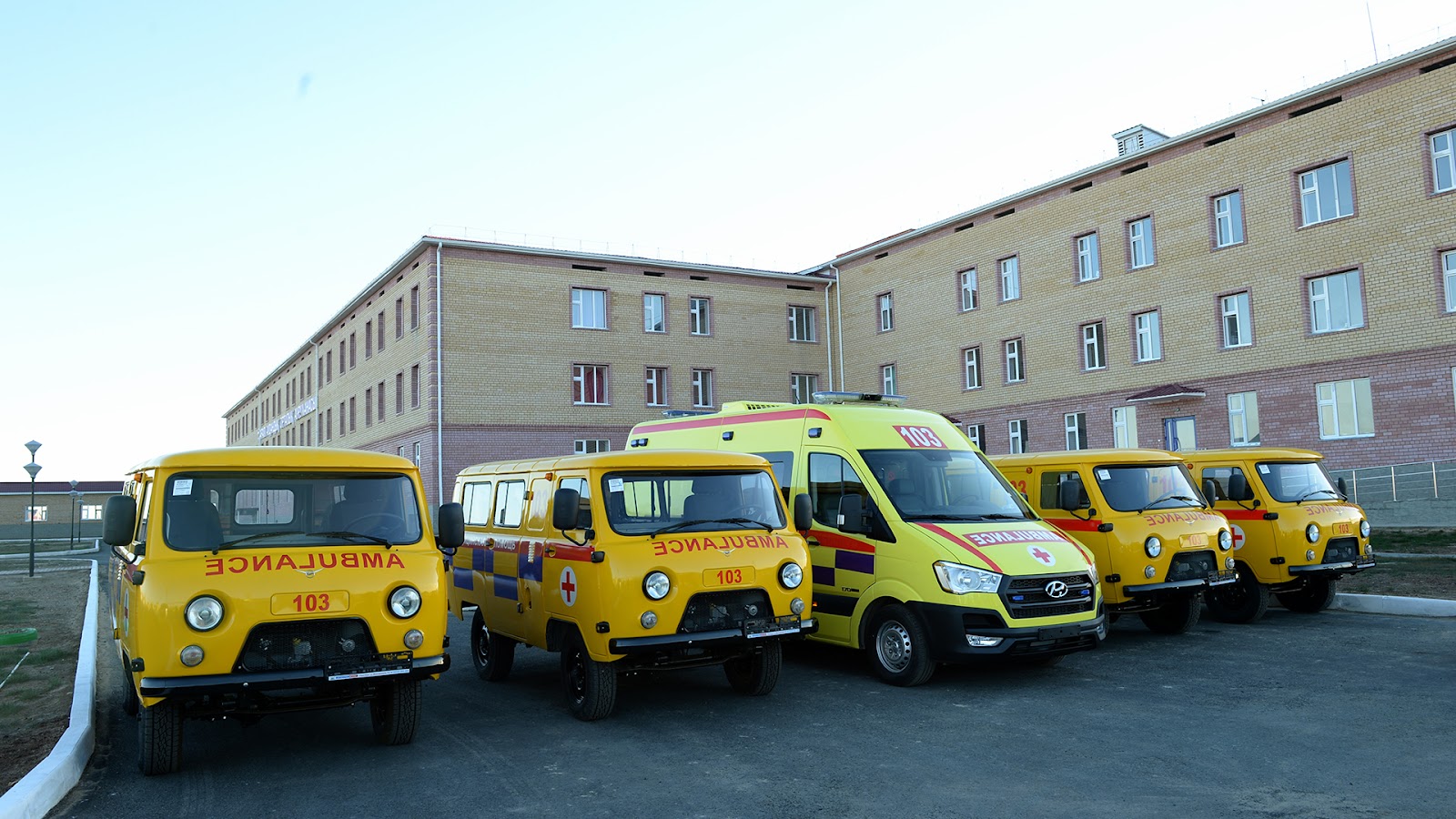 In 14 organizations of primary health care, emergency departments were opened. With the opening of 30 new ambulance teams, the number increased from 47 to 77 compared to 2017. As a result, the average travel time was reduced from 9.8 to 6.9 minutes from the time of the call, the success rate was resuscitated from 13 to 48%.

To date, the staffing of PHC doctors has reached 95%, the ratio of average medical workers to a doctor has been brought up to 1:3.

As part of the digitalization of the healthcare sector, all medical organizations of the region 100% have implemented medical information systems. Equipping with computer equipment was 100%. Internet access is 86.0%, of which 100% are at the level of city and district medical institutions.

As part of the outreach to the population of the region about the Compulsory Social Health Insurance, 108,905 copies of information materials were prepared and distributed (49,800 booklets, 49,715 leaflets, 9,400 flyers).

In addition, videos about the insurance system, as well as 70,000 SMS messages were sent to 40,000 subscribers through the WhatsApp messenger.

In order to implement the transition to the system of compulsory social health insurance among the population (especially the rural population), explanatory work was carried out in settlements of the region with coverage of more than 544,286 people, together with employees of medical organizations and a branch of the FSMS NAO in the Kyzylorda region.

As a result of the work, payments in the amount of 5 billion tenge were made to the Social Health Insurance Fund.

In the region, 61,050 children are brought up in 667 preschool educational institutions of the region. In this year, 9 educational facilities are under construction. Following the results of 8 months, an extension of the educational building with 100 beds to the school in the Saksaulsk settlement of the Aral region was commissioned. 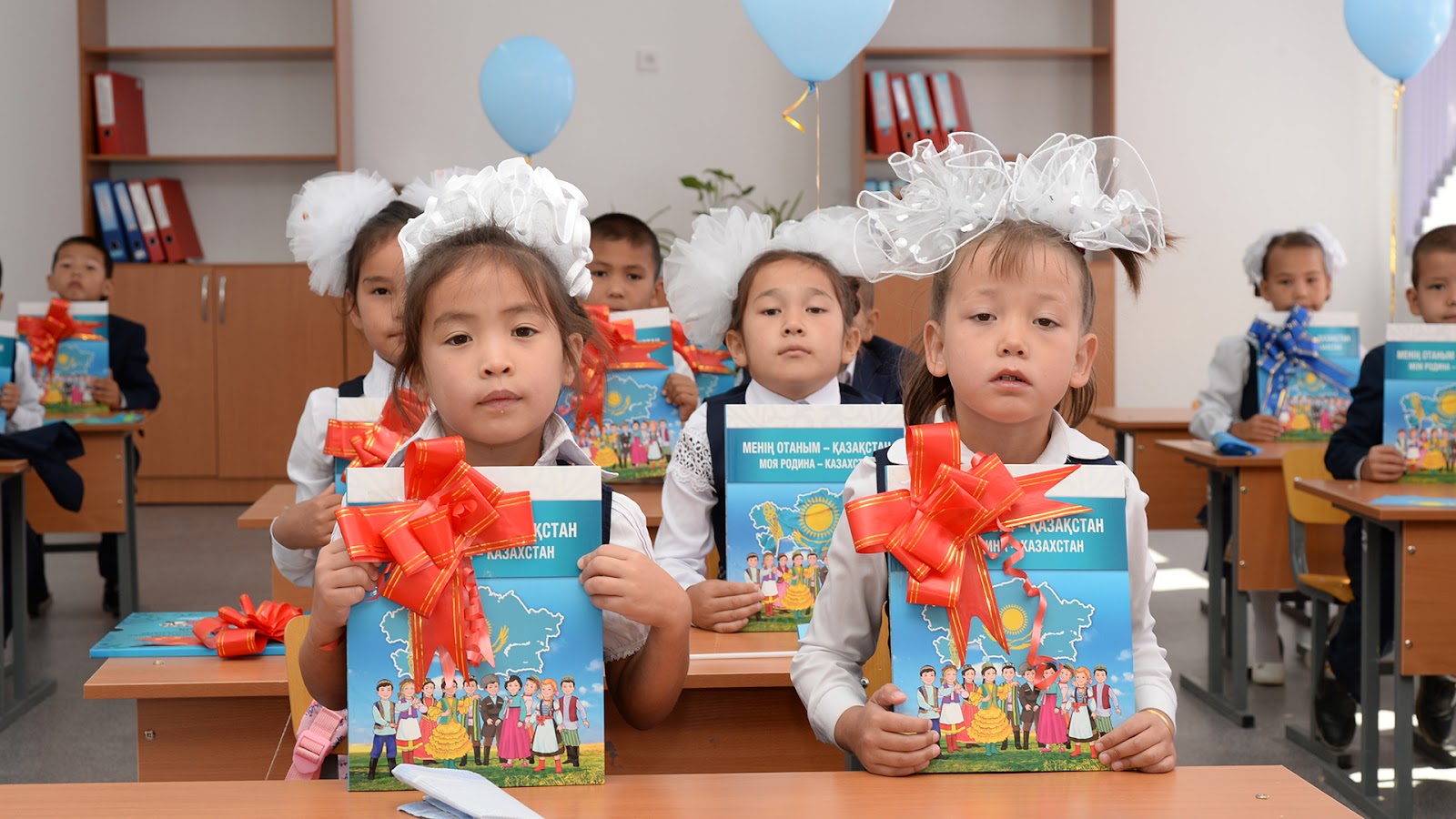 From June 1, 2019, the admission process to Grade 1 has become automated. All students were fully accommodated in schools. The educational process is carried out in 1-2 shifts. Pupils of grades 4, 9, and 10 who switched to the updated content of education are fully provided with textbooks. 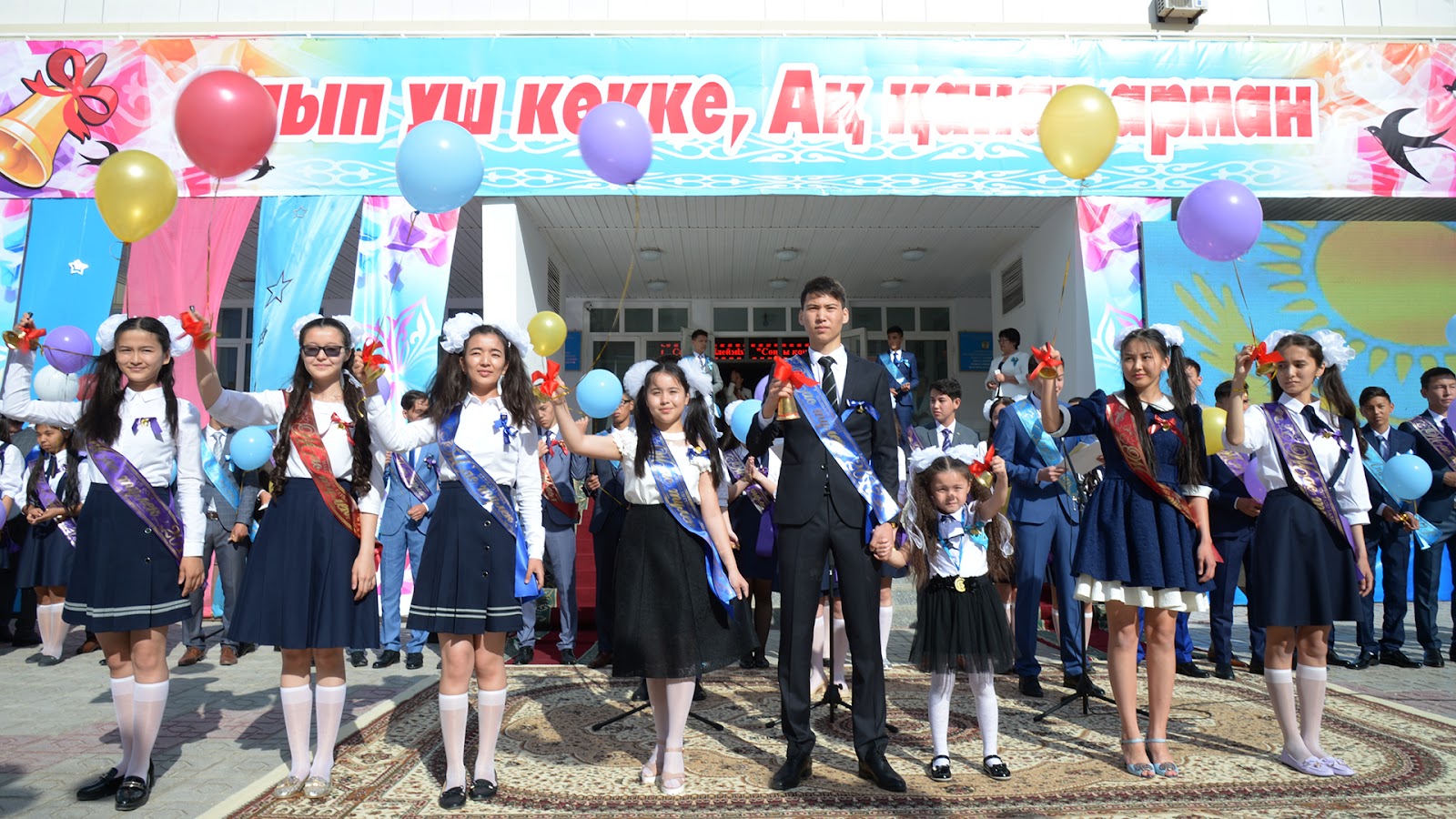 As for vocational education, 20985 students (16 state and 13 private educational institutions) study in the region in 29 institutions in 97 specialties and 167 qualifications. 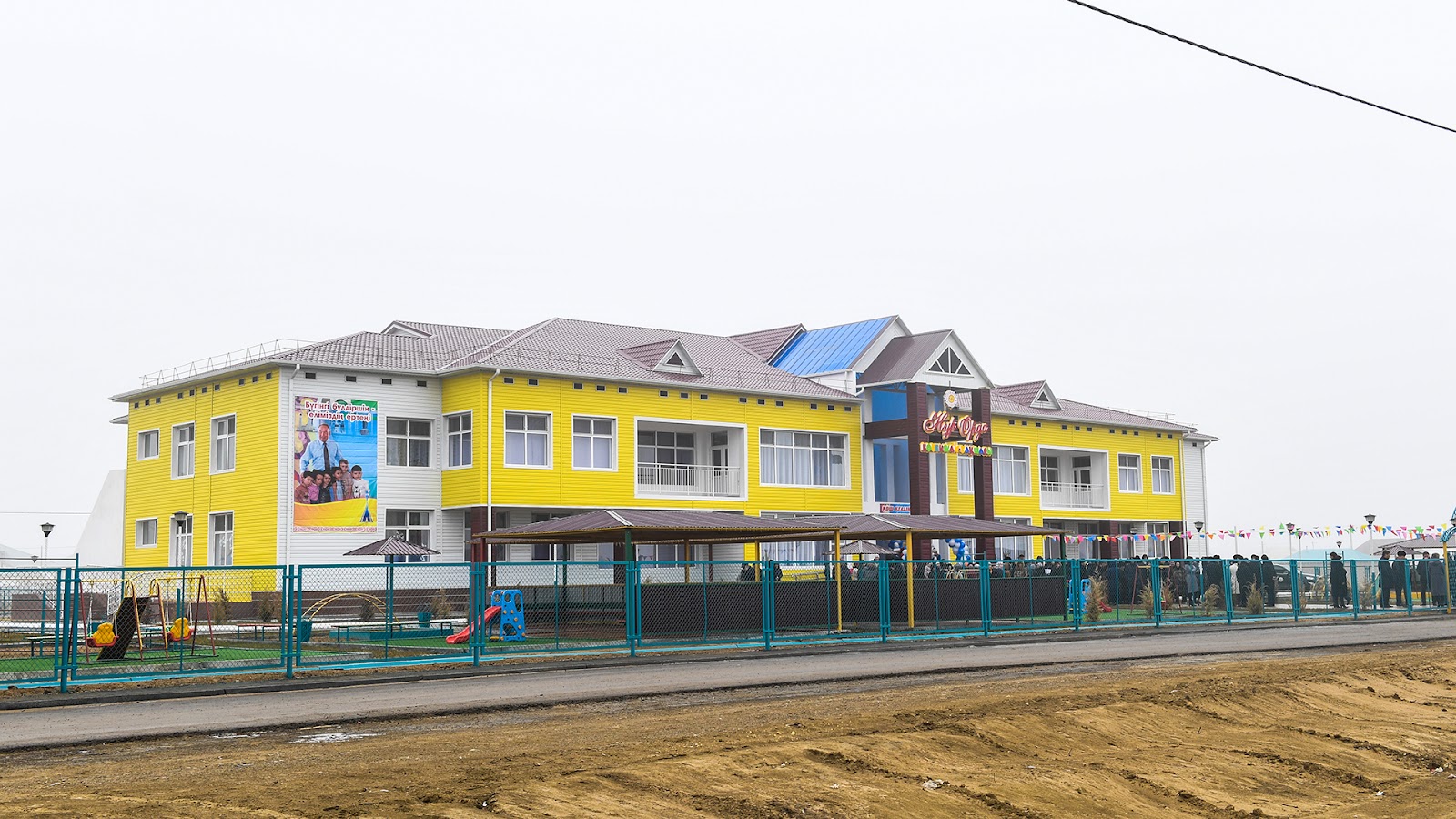 In addition, work is ongoing in the region to develop roadside services along the Western Europe-Western China Highway. In the Kyzylorda region, 44 points were identified for the construction of facilities. As of Sep. 10, 2019, 28 facilities were commissioned, the total investment of which will be 6 billion 161 million tenge (14 of which are connected to the Internet and there is the possibility of payment through POS-terminals). 720 permanent jobs were created. Of the 28 existing facilities, 17 were introduced into the Google maps and Yandex map systems.