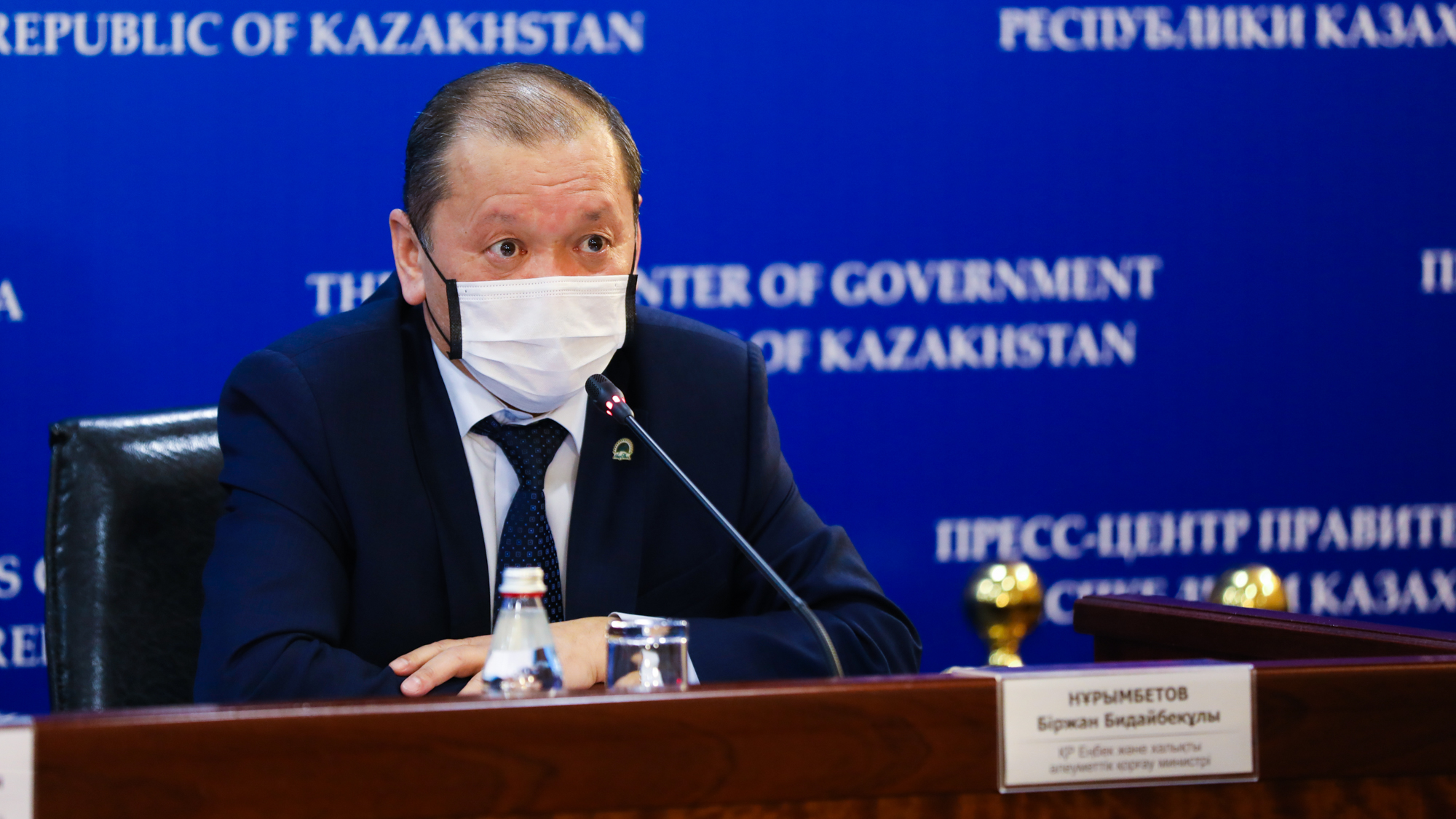 At a press conference following the government session, Minister of Labor and Social Protection of the Population Birzhan Nurymbetov spoke about the implementation of measures of the Integrated Plan for Restoring Economic Growth by the end of 2020.

The Integrated Plan provides for the high-quality implementation of all state and government programs currently implemented in the country, taking into account the provision of employment.

In addition, under the remaining nine state programs, 365 thousand jobs will be created. In general, within the framework of all these measures, 1.2 million Kazakhstanis will be covered by employment promotion measures.

Also during the briefing, the minister noted that, thanks to a social payment of 42,500 tenge, 1 million 300 thousand citizens formalized their activities.

“In the framework of the preparation and implementation of the Compulsory Social Health Insurance, a lot of people had an informal status, that is, they were not in any information systems, and they could not take part in the medical and social insurance system, the pension system. Of these people, to receive 42,500 tenge, 1 million 300 thousand people made a single aggregate payment, thereby formalizing their activities. Today they appeared according to a simplified method in the tax authorities and in our systems, so today all these citizens are included in the information system,” said Birzhan Nurymbetov.

The minister explained that these people will now be rendered all possible assistance in the legalization and implementation of their activities.

“All the instruments of the Employment Roadmap and the Enbek state program will be applied here, and training measures will also be taken. We will help those formalized citizens who were engaged in small entrepreneurial activities with instruments for issuing preferential microloans and obtaining grants for the further legal development of their business. Those who did not work officially, without labor contracts, will also be assisted by local executive bodies in the legalization of labor relations with the employer. This will protect their labor rights and they will receive the right to participate in the system of social insurance, pensions and medical social insurance,” said Birzhan Nurymbetov.

In more detail, the minister focused on the implementation of the Employment Roadmap.

About 1 trillion tenge is provided for the implementation of the new program. As Nurymbetov noted, the Roadmap has comprehensive socio-economic efficiency.

“On the one hand, during such a period we can provide employment for the unemployed with at least temporary jobs, on the other hand, it will help solve social issues, increase the welfare of the population, create jobs in related industries,” the minister said.

It was noted that under the terms of the Roadmap, wages should be at least 2 minimum wages, i.e. at least 85 thousand tenge. Lift will also be paid for people first participating in the program. The Business Radmap should affect the income of about 1 million people.