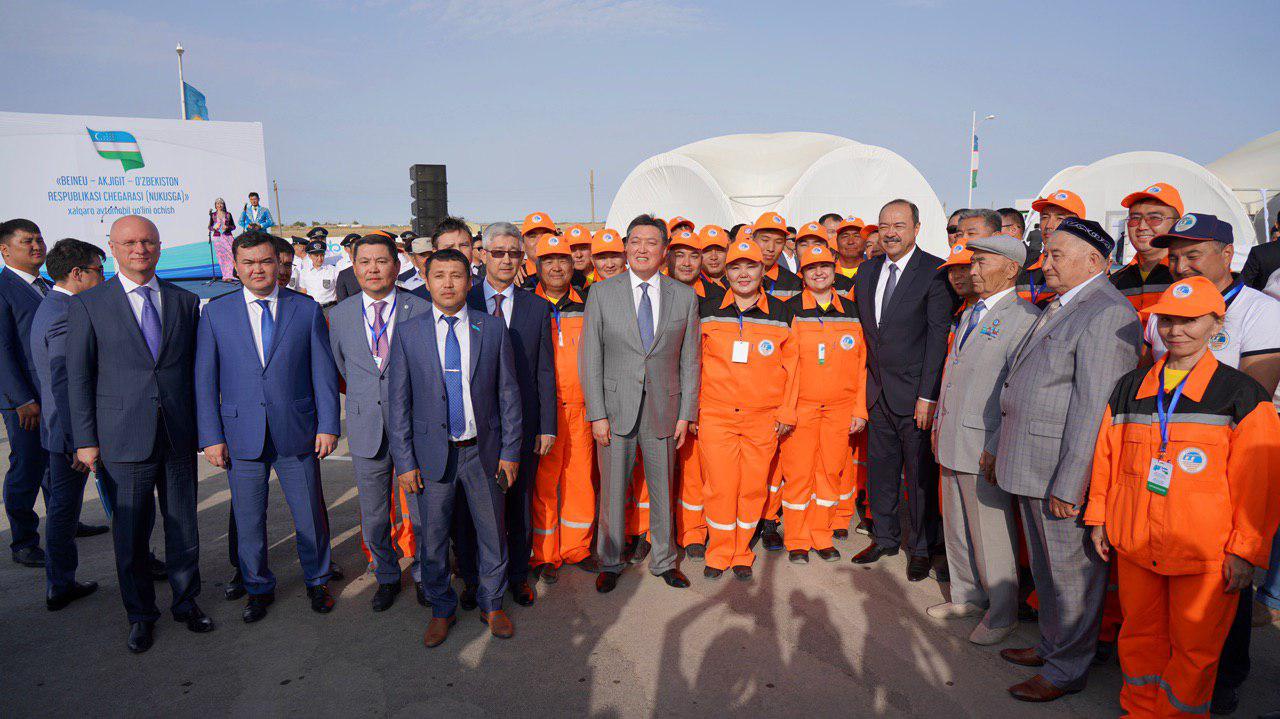 The Head of Kazakh Government Askar Mamin congratulated on the opening of traffic on the international road and stressed the importance of the event for the development of the transport infrastructure of Central Asia, increasing trade volumes, and realizing transit potential. 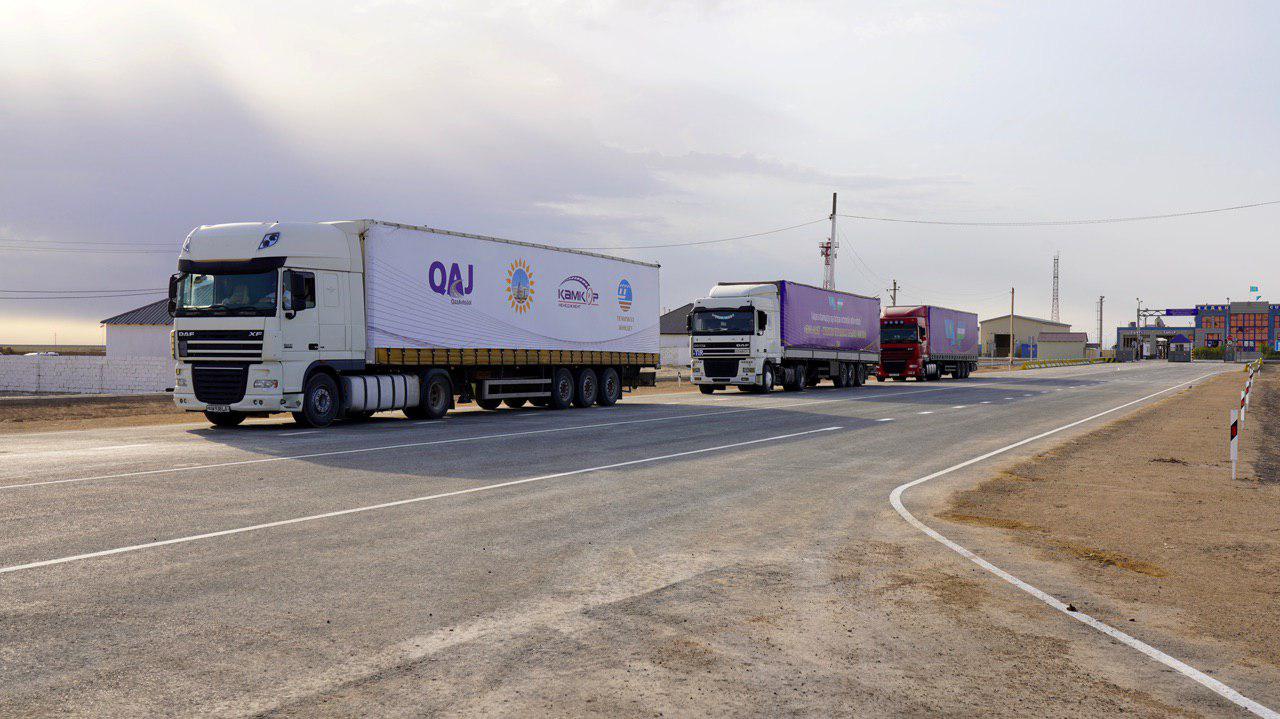 “This project was implemented on the direct instructions of the First President – Elbasy Nursultan Abishevich Nazarbayev. The opening of this road is a symbol of the intensive development of a strategic partnership, defined by Elbasy Nazarbayev and President of the Republic of Uzbekistan Shavkat Mirziyoyev,” said Mamin.

Askar Mamin noted that “it is deeply symbolic that this project started in the year of Kazakhstan in Uzbekistan, the opening ceremony of which was attended by President of Kazakhstan Kassym-Jomart Tokayev.

“The state visit of the Head of State to Uzbekistan in April 2019 gave an additional impetus to the development of bilateral cooperation,” said the prime minister of Kazakhstan.

According to the head of Kazakh Government, in recent years, relations between Kazakhstan and Uzbekistan have reached a qualitatively new level and have acquired a steady positive trend. This is confirmed by the annual growth in mutual trade. Last year, trade amounted to $3 billion. Since the beginning of this year, there has been a positive growth trend. 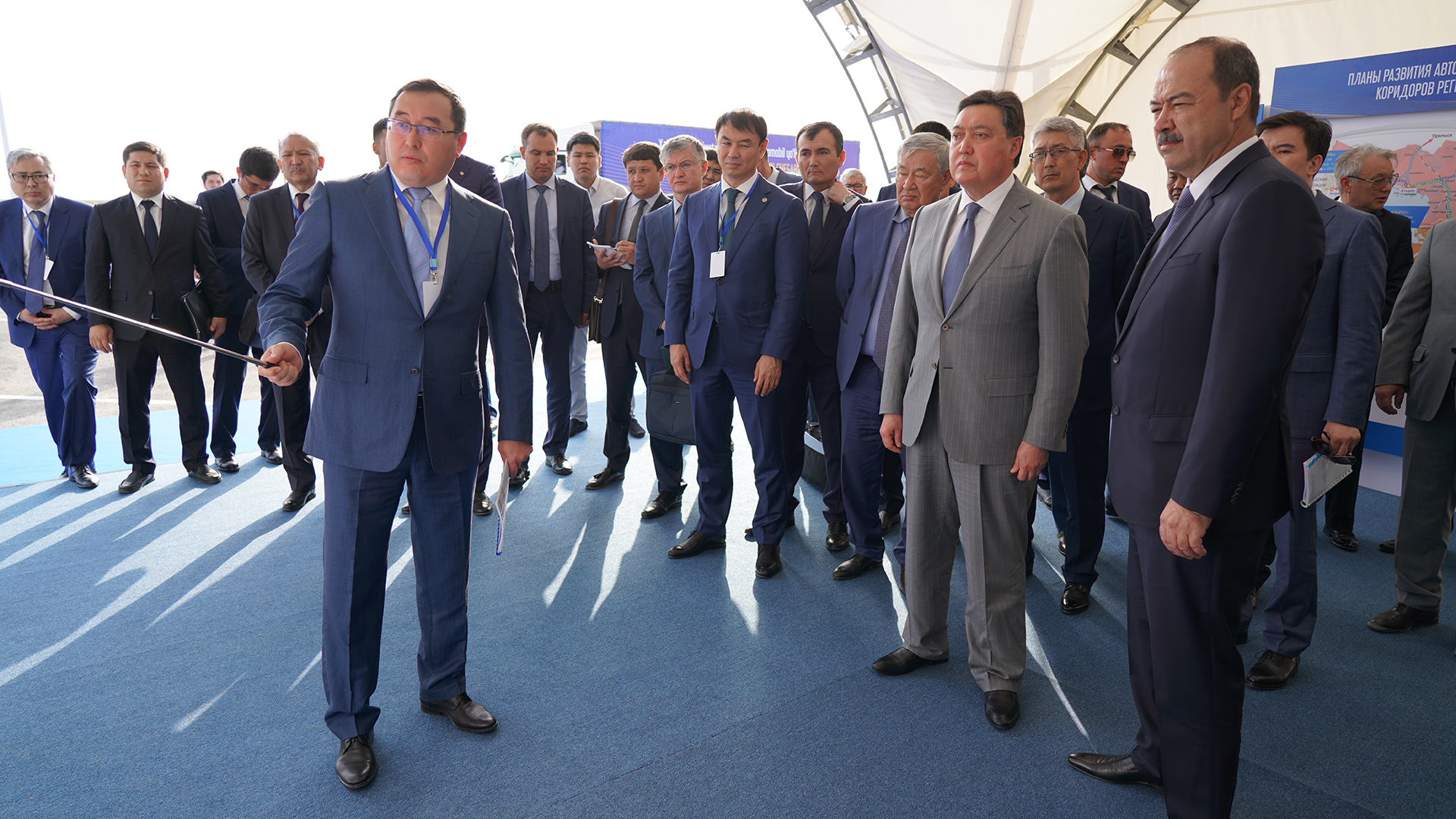 Prime Minister of Uzbekistan Abdulla Aripov noted the strategic importance of the event for the two neighboring fraternal countries of Kazakhstan and Uzbekistan.

“The successful implementation of this project within the framework of the Nurly Zhol state program will give a new impetus to the Silk Road trade flows and the development of our entire region,” said Aripov, noting that “this highway is, first of all, of great importance for the further activation of trade economic relations between Kazakhstan and Uzbekistan.”

During his working visit to the Mangystau region, Askar Mamin visited a number of innovative industrial enterprises, familiarized himself with the implementation of infrastructure projects and the development of green economy in the region, and the progress of construction of new cultural and tourist facilities. 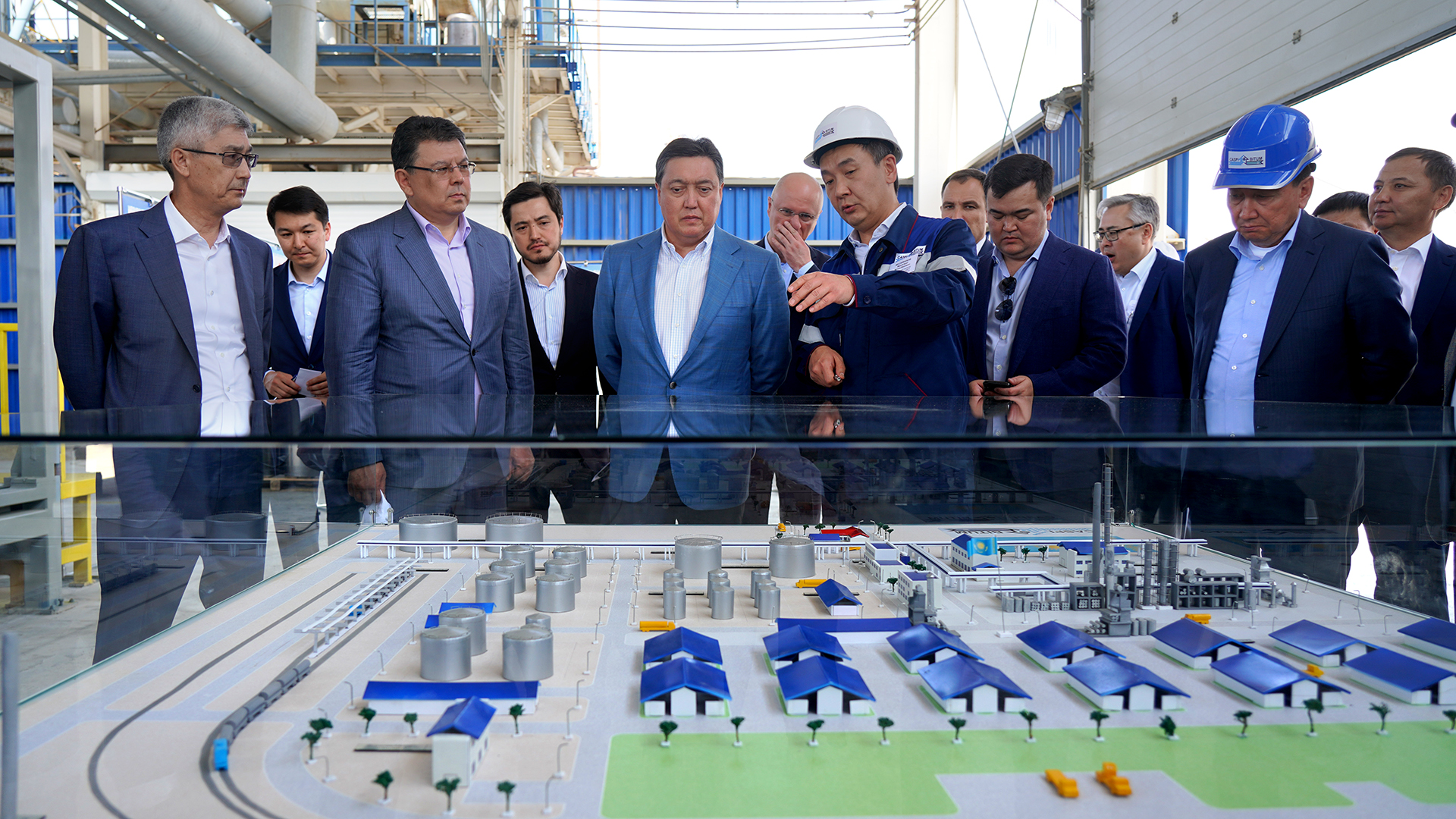 The prime minister of Kazakhstan was informed about the projects for the construction of engineering networks for the provision of water, heat, gas, electricity of new neighborhoods. 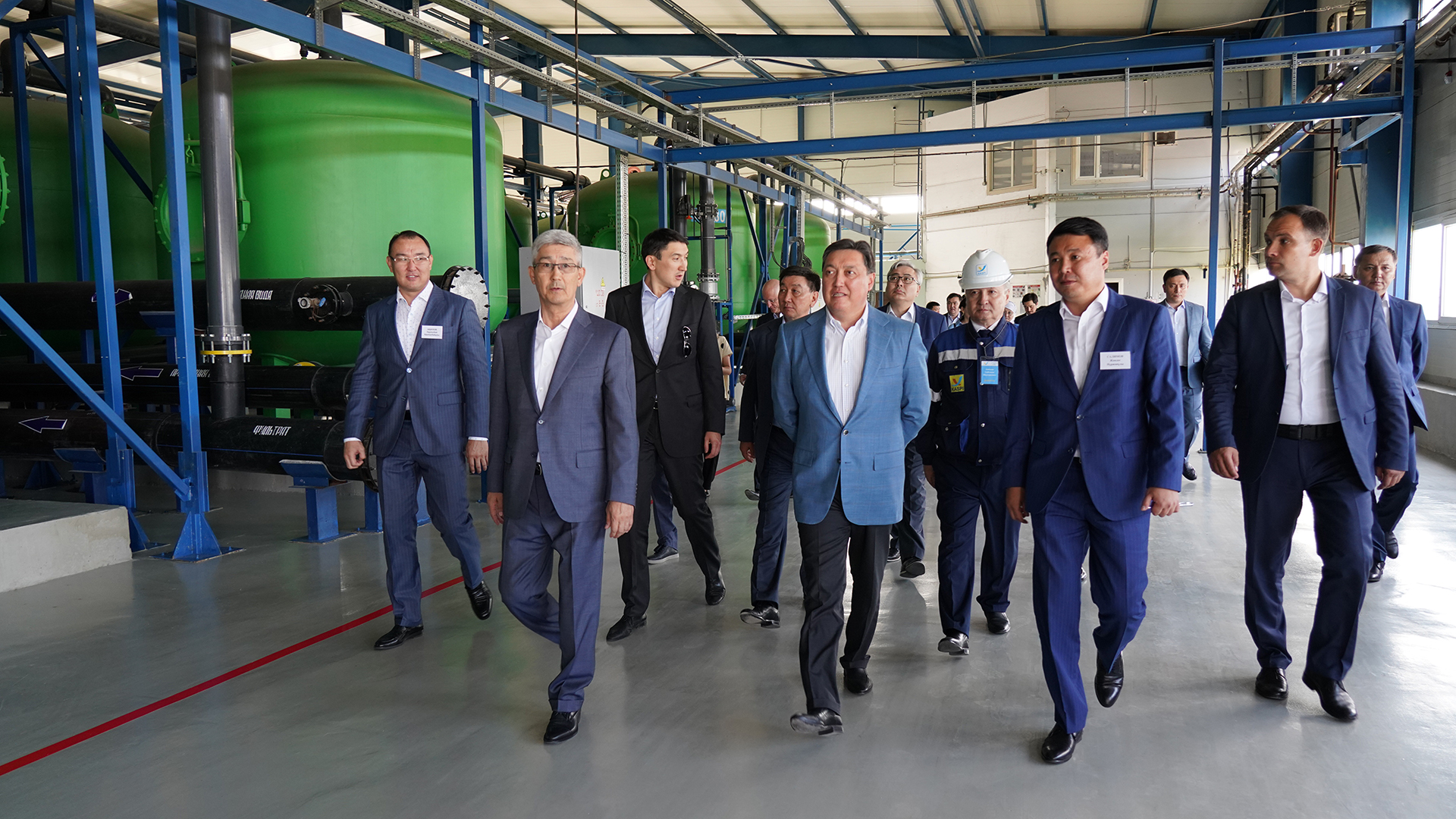 During a visit to the Schlumberger Megabase, Mamin familiarized himself with the new production and service facilities of the company servicing oil fields. The company currently covers the needs of most customers in Kazakhstan.

Askar Mamin familiarized himself with the work of the Caspi Bitumen joint venture, which specializes in the production of high quality road bitumen. The joint venture was established by JSC NC KazMunayGas and CITIC Kazakhstan LLP. The company can process up to 1 million tons of high tar oil and produce bitumens of various grades up to 520 thousand tons per year. For 2018, the company produced 37% of all road bitumen in Kazakhstan.

During the visit to the Caspian desalination plant, the head of Government of Kazakhstan heard the report on the second stage of the plant modernization, which envisages an increase in the production of drinking water to 40,000 m³ / day, which will provide the residents of Munayli, Karakiyansky and Tupkaragan districts with high-quality drinking water in sufficient quantities. 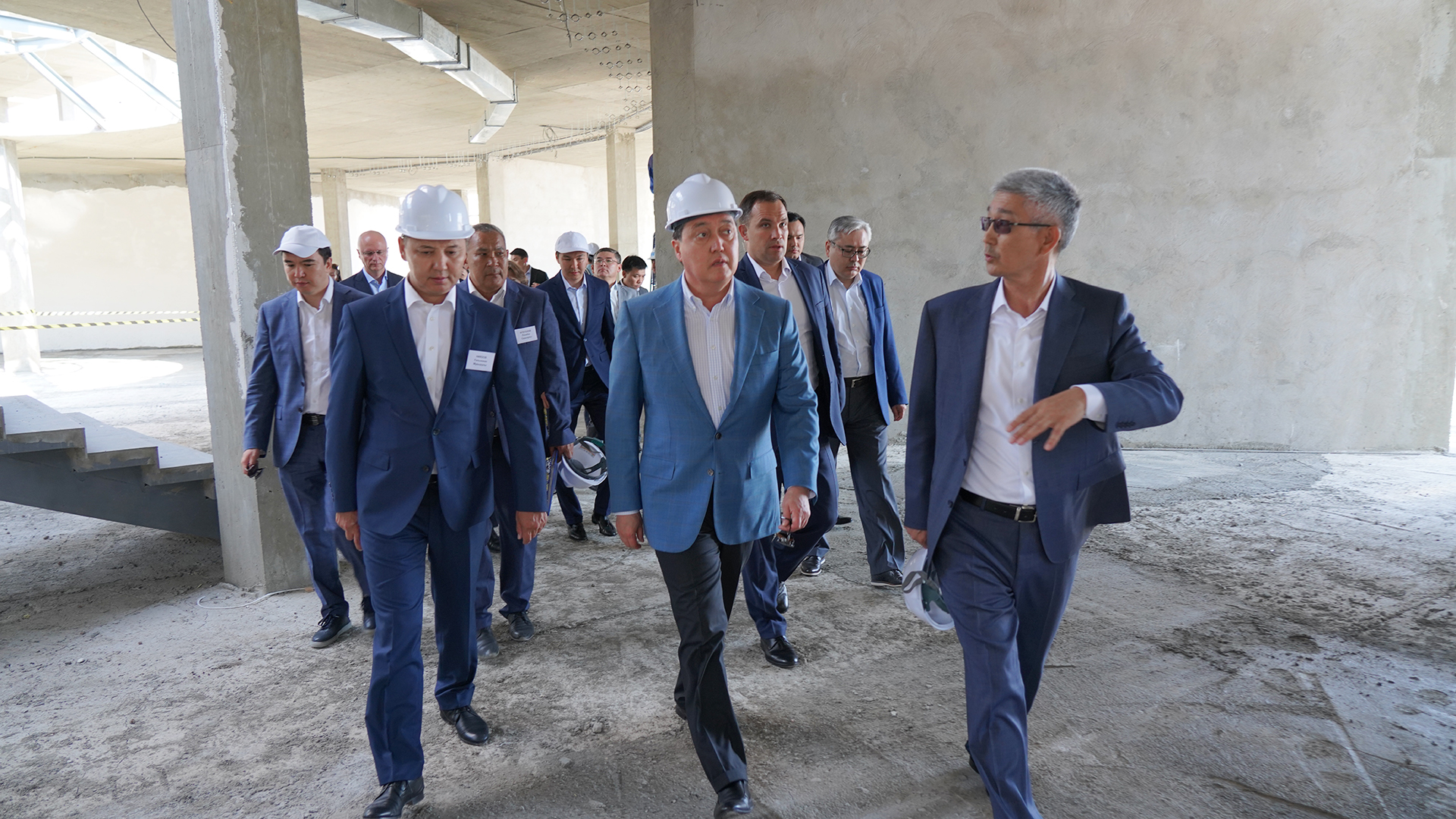 A modern hotel complex on the coast of the Caspian Sea, which was also examined by Mamin, will be designed for 800 beds with all the necessary infrastructure for tourists. Commissioning is scheduled for June 2020.