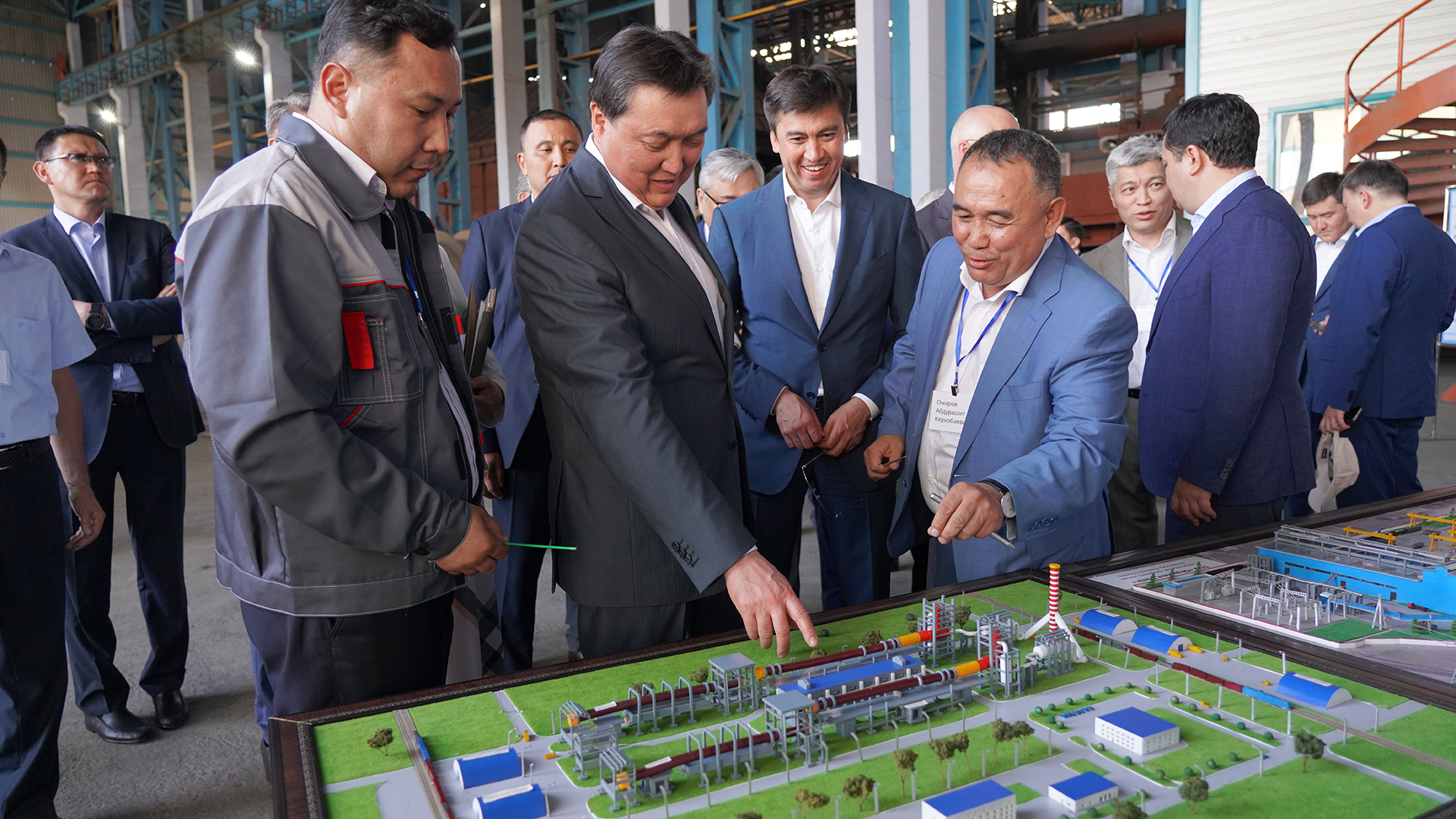 Prime Minister Askar Mamin arrived in Shymkent for a working trip and visited large backbone enterprises. The head of the Government inspected the implementation of the tasks set by the First President – Elbasy Nursultan Nazarbayev regarding the modernization of the economy, and the fulfillment of the instructions given by the Head of State Kassym-Jomart Tokayev during his trips to the region.

Askar Mamin inspected the implementation of investment projects in the field of metallurgy, pharmaceutical, food industry, development of transport infrastructure.

Upon arrival, Askar Mamin got acquainted with the project of the new terminal of the Shymkent airport. The construction began in July 2019 and will be completed in June 2020. According to the city akimat, commissioning a terminal with a capacity of 400 passengers per hour will increase passenger traffic 10 times.

The head of the Government visited the Chimpharm factory, where he inspected the pace of the domestic pharmaceutical industry’s development. The company produces 71 types of medicines and drugs, which is more than a third of the total volume of medicines purchased under the guaranteed volume of free medical care.

As part of his visit to the enterprise, the prime minister examined the equipment of the Injection Preparations and Infusion Solutions Production Plant, and assessed the work of the Digital Engineering and Education Center, launched as part of the Model Digital Factory project. Currently, the largest investment project worth $108 million is being implemented to modernize existing pharmaceutical industries in accordance with international standards.

The city of Shymkent is one of the largest industrial centers of Kazakhstan. In order to familiarize with the ongoing work on increasing the volume of industrial production in the region, Askar Mamin visited the Shymkent Temir export-oriented enterprise in the Outustyk industrial zone, launched as part of the State Program of Industrial and Innovative Development. The design capacity of the metallurgical plant is 250 thousand tons of steel bloom per year.

Here, the prime minister was presented a project for the construction of a mining and smelting complex in the Turkistan region with a capacity of 1 million tons of iron per year. In particular, it plans to build a processing plant and a plant for the production of direct reduced iron.

The food industry has a special role in the development of the regional economy. The head of Government visited Rakhat-Shymkent LLP, where he examined the process of food production. 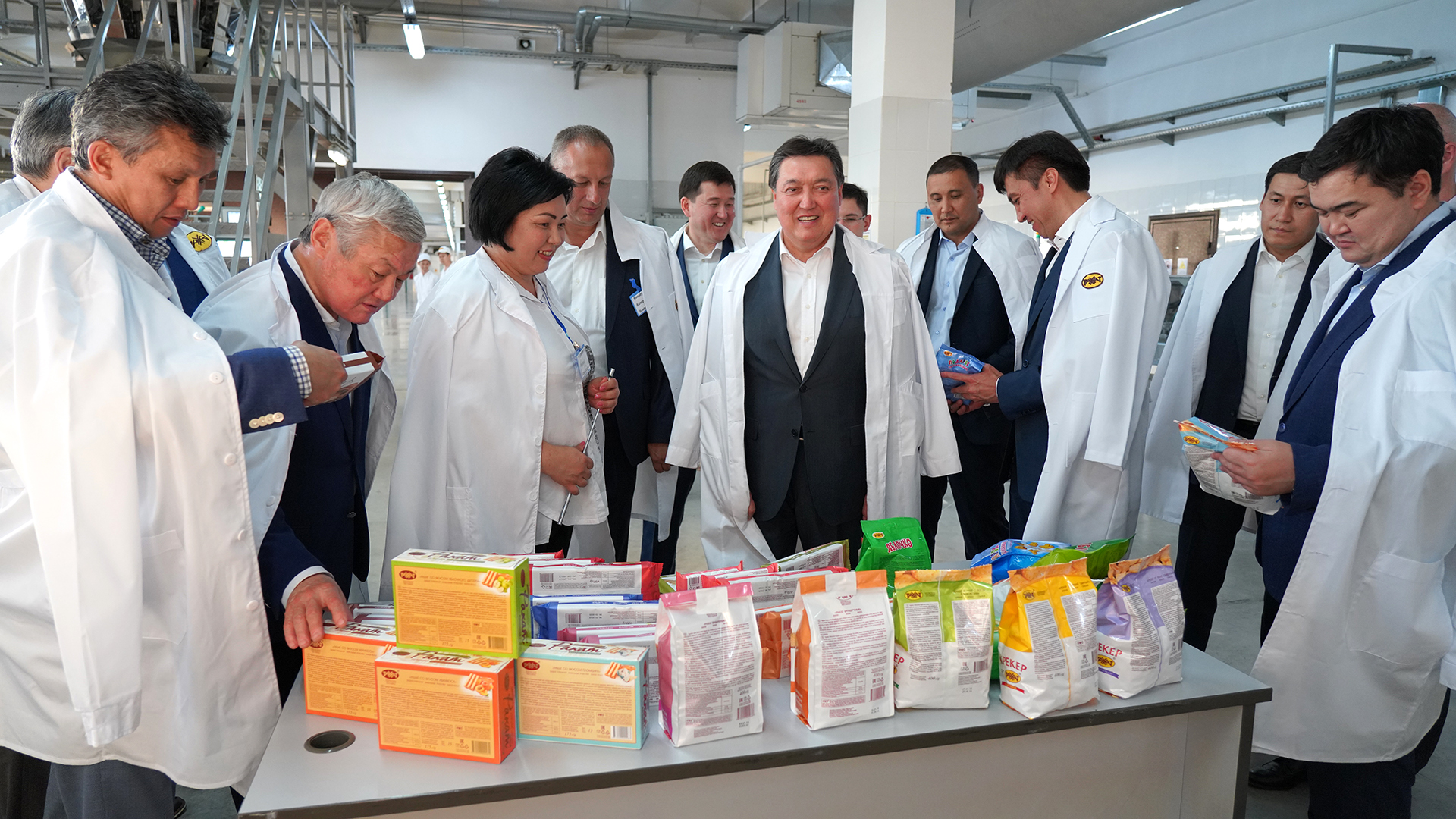 The factory with modern equipment annually produces up to 24 thousand tons of confectionery products of 4 types in 30 titles. Prime Minister Askar Mamin was told that in 2020 it is planned to implement an investment project to launch a new line for the production of marmalade and sugar cookies.

Following the results of the inspection, the head of the Government instructed the city akim to take all the necessary measures to ensure the effective implementation of the Complex Development Plan for Shymkent until 2023. It was entrusted to intensify work with the business community on the implementation of investment projects, expanding the range of products and increasing production volumes. This will increase the volume of the region's GRP from 2 trillion in 2018 to 3.5 trillion by 2023.