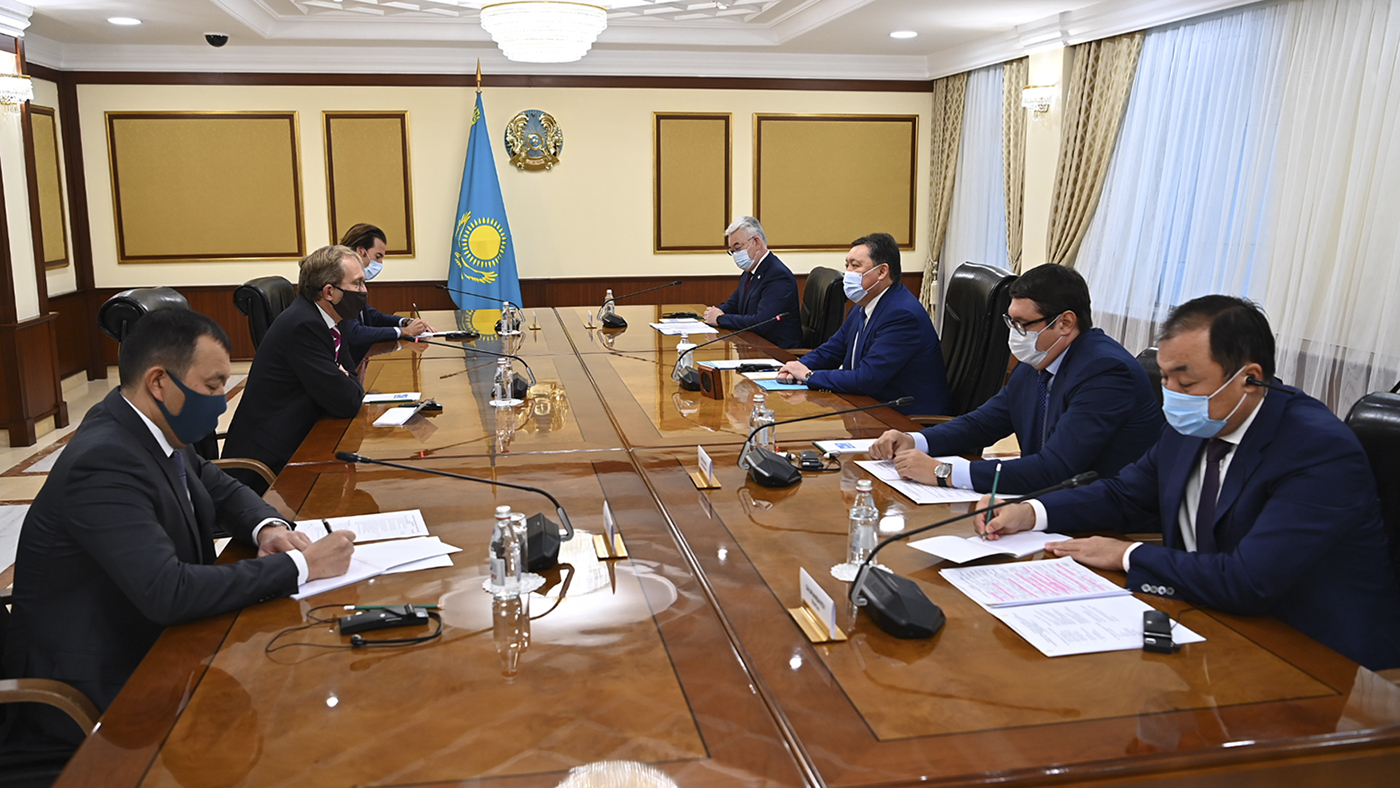 Prime Minister Askar Mamin met with Chair of the Board of Alstom, a French machine-building company, Henri Poupart-Lafarge.

The parties discussed the state of and prospects for expanding cooperation in the production and maintenance of railway equipment — electric locomotives and switch drives.

During the negotiations, special attention was paid to the issue of increasing the level of localization of production of components in Kazakhstan by Alstom from 38% per year up to 50% in 2025. In monetary terms, localization will amount to 5 billion tenge per year. At the same time, the company will prepare 700 highly qualified engineers from among Kazakhstanis by the specified time, and will also take part in the implementation of projects for the digitalization of the railway infrastructure of the Republic of Kazakhstan.

Alstom is one of the world leaders in rail transport manufacturing. It has been operating in Kazakhstan since 2010 with a staff of more than 950 employees. To date, she has invested over 100 million euros in Kazakhstan. There are joint ventures Electrovoz Qyrastyru Zauyty (EQZ) in Nur-Sultan for the production and maintenance of electric locomotives, KazElektroPrivod (KEP) in Almaty for the production of switch drives, three service depots and one service center.

Alstom is the only manufacturer of electric locomotives and switch drives in Central Asia and the Caucasus, as well as a major participant in the modernization program for the railway industry in the region. The meeting was attended by Minister of Industry and Infrastructure Development Beibut Atamkulov, Chair of the Board of Samruk-Kazyna JSC Almasadam Satkaliyev, Chair of the Board of JS NC Kazakhstan Temir Zholy Nurlan Sauranbayev.