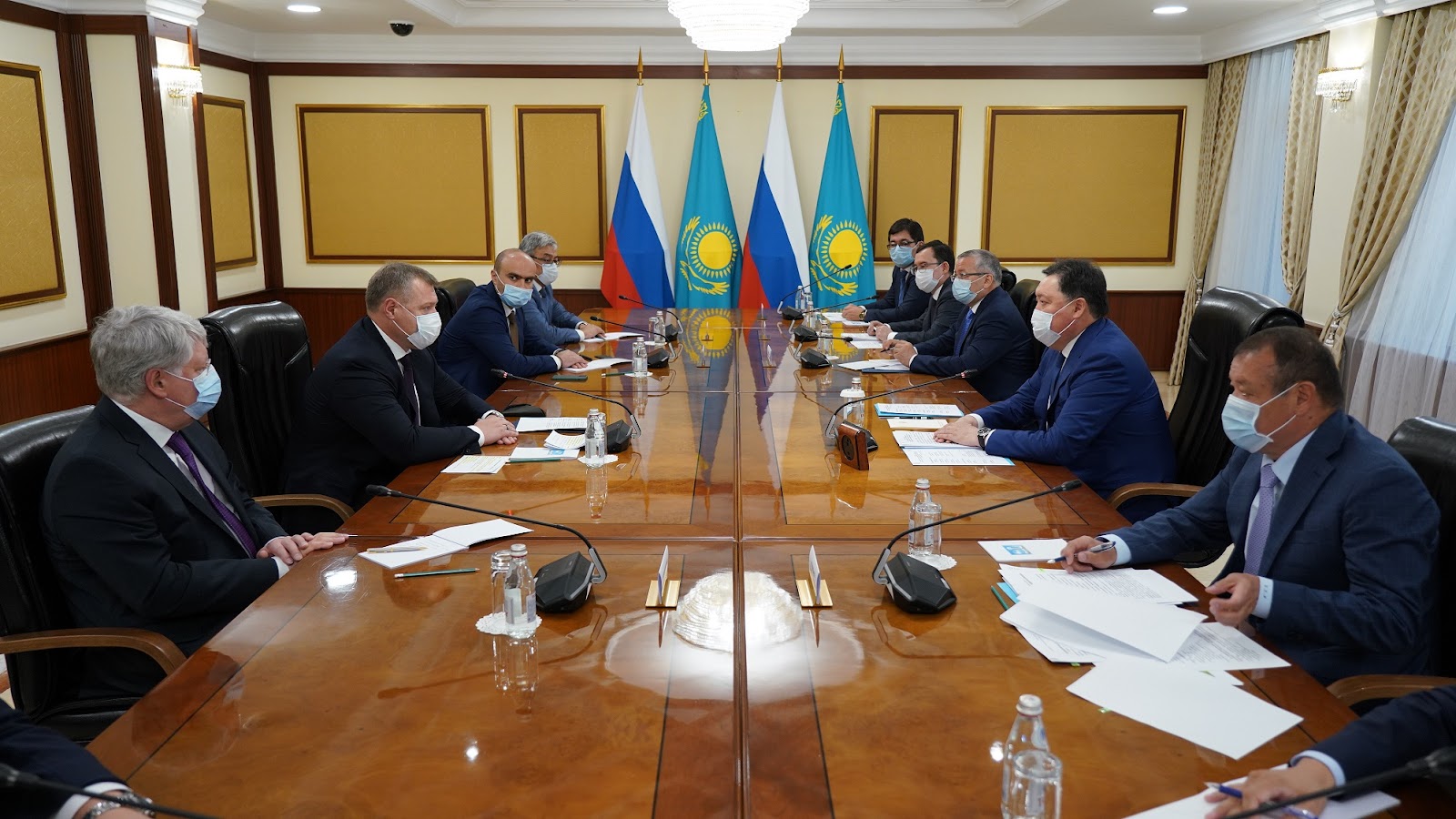 Prime Minister of the Republic of Kazakhstan Askar Mamin met with the delegation of the Astrakhan region, Russian Federation, headed by the Governor Igor Babushkin.

In order to increase the rate of mutual trade, the prospects of creating a center for border trade were discussed.

This year, the dynamics of mutual trade between the Republic of Kazakhstan and the Russian Federation is actively recovering. In January-May 2021, trade grew by 26.2% and amounted to $8.6 billion. Kazakhstan's exports to Russia increased by more than 40%. The paramount task is to bring the turnover indicators to $20 billion to the level of 2019.

Cross-border trade occupies a large share in the mutual trade of Kazakhstan with Russia, in connection with which the parties have outlined measures for its further development.

Cooperation in the field of tourism is a promising direction in the development of cross-border relations. The possibility of launching a sea cruise across the Caspian Sea between the cities of Aktau and Astrakhan was considered. This will also contribute to the development of the trade and economic potential of the border regions.