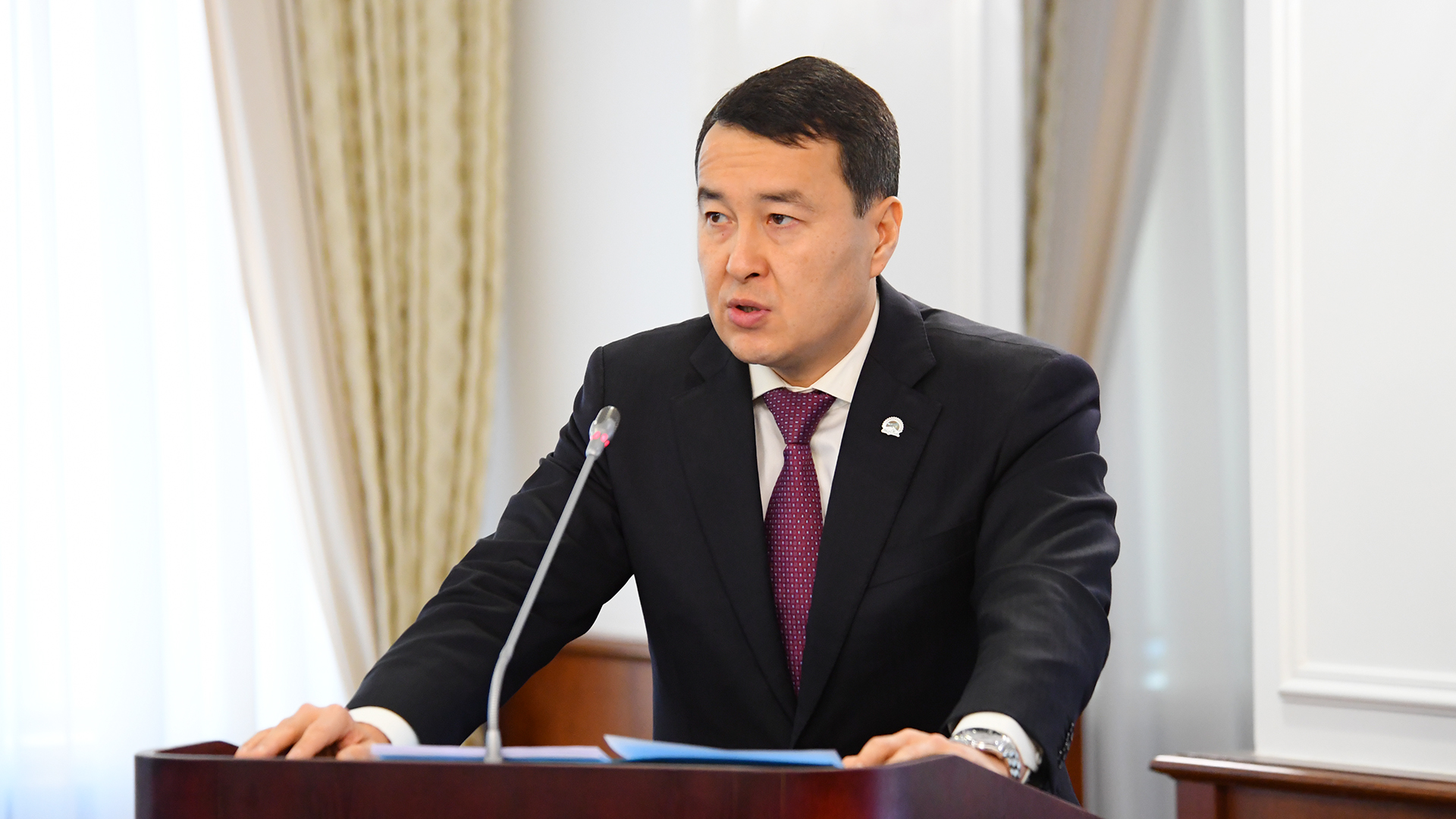 At a government meeting chaired by Prime Minister A. Mamin, an updated forecast of socio-economic development of the Republic of Kazakhstan for 2020-2024 and the republican budget for 2020-2022. First Deputy Prime Minister Alikhan Smailov, Chair of the National Bank Erbolat Dossaev, Minister of National Economy Ruslan Dalenov and Minister of Finance Yerulan Zhamaubayev made reports on the agenda.

As Ruslan Dalenov noted in his report, the main factors for clarifying the forecast are the updated reporting data on GDP for 2019, operational data from the beginning of this year, adjustments to the production plan, as well as the assessment of world oil prices.

According to the minister, the updated GDP for 2019 increased by 0.9 trillion tenge and amounted to 69.5 trillion tenge. This increased the basis for calculating the forecast for the current year. The forecast also takes into account the latest trends in the real sector, in the service sector and the oil price environment.

The consensus forecast of international organizations for the growth of the world economy in the current year is 5% with further growth in 2021.

MFOs estimate the real growth of the economy of Kazakhstan for 2020 from -2.3% to -2%, followed by steady positive growth from next year.

“Taking into account the current trends in the sectors of the economy, according to our estimates, GDP growth in 2020 will amount to -2.1%. Nominal GDP is estimated at 69.8 trillion tenge, which is 102 billion tenge higher than the previously specified. This is due to an increase in the 2019 baseline. According to the National Bank, inflation will be 8%,’’ Dalenov noted.

Also, according to the minister, the growth forecast for the sectors of the real sector of the economy has been improved. Growth in construction, agriculture and manufacturing is projected. At the same time, the growth rates of the service sectors, which were affected by restrictive measures, have been reduced.

Taking into account the actual price, the ministry proposes to increase the forecast oil price from $20 to $40 per barrel. In January-September, the average oil price was $42 per barrel. The volume of oil production according to the revised plan will amount to 85 million tons.

The proposed above parameters, according to the minister, will ensure the sustainability of the republican budget. In general, the revision of the forecast takes into account the current economic trends and contributes to the effective completion of the financial year.

“Taking into account the actual dynamics and emerging external factors, we published our forecast in September this year, according to which the decline in GDP in 2020 is expected at the level of 2-2.3%. The forecast for monetary policy and balance of payments indicators has been updated on the basis of updated GDP data. Annual inflation will accelerate to 8% by the end of 2020. This will happen against the background of continued high growth in food prices, the effect of the exchange rate pass-through on the pricing processes and some acceleration of inflation,” Dossaev noted.

The forecast for the growth of deposits for 2020, according to the chairman of the National Bank, has been revised from 1.8% to 8.7%, taking into account the effect of revaluation of foreign currency deposits and their overflow into tenge deposits.

Given the upward revision of the deposit forecast, the forecast for money supply growth for 2020 has been revised from 4.7% to 10.8%.

The forecast for loan growth for 2020 has been revised from 0.5% to 2.4%, taking into account the observed growth since the beginning of this year.

In the first half of this year, the current account of the balance of payments was formed with a surplus of $1.7 billion due to a decrease in income payable to direct investors.

“Exports of goods will decline by 21.7% to $45.5 billion. The reduction will be facilitated by lower prices for oil and metals, as well as a decrease in oil production due to compliance with the terms of the OPEC + deal. At the same time, the decline in exports will be partially offset by a reduction in income payable to foreign direct investors working in the raw materials sector,” Dossaev noted.

Imports of goods in comparison with exports will decrease less significantly (-15.5%) and will amount to $ 33.8 billion. This is due to a decrease in the effective demand of the population and business due to the spread of Covid-19, as well as a planned slowdown in the implementation of investment projects in the oil and gas sector.

Further dynamics of the state of the current account of the balance of payments, according to Dossaev, will be determined by the situation in the commodity markets, deferred demand and the acceleration of the implementation of investment projects after their "freeze" in 2020.

Minister of Finance Yerulan Zhamaubayev also noted that the first clarification of the forecast indicators was aimed at combating coronavirus infection and supporting the economy and business amid a slowdown in economic activity.

“In general, budget expenditures were then increased by 1.4 trillion tenge to finance anti-crisis measures and individual orders of the President. The task of the second clarification is to continue the implementation of measures to combat Covid-19 and support the real sector of the economy,’’ the minister said.

To implement additional measures, budget expenditures were optimized for a total amount of 296 billion tenge.

“Changes in budget expenditures are mainly related to the implementation of the provisions of the Address and other instructions of the President of the Republic of Kazakhstan and affect the following areas,” said Zhamaubaev.

First. An additional 238.7 billion tenge has been allocated for measures to combat coronavirus infection.

Within the framework of these funds, it is planned:

Second, according to the minister, 261.7 billion tenge is provided to finance priority expenditures to support the economy and social security of power structures.

At the expense of these funds, it is planned to implement a number of measures and projects aimed at stimulating production while improving the quality of life and increasing the income of the population.

At the same time, the financial support of the activities of the state programs Nurly Zhol, Nurly Zher, the development of the agro-industrial complex and others remains a priority area of ​​the budget.

Third. As part of the budget revision, funds were redistributed in connection with the formation and reorganization of government agencies in accordance with the Presidential Decrees.

Summing up the speeches, First Deputy Prime Minister Alikhan Smailov noted that the specification of the forecast of macro indicators for 2020 was formed taking into account the current situation in the country and the world situation.

“The change in the forecast assumes continued growth in the real sector and a gradual recovery in the service sector. On behalf of the Head of State, the main task of clarification was to provide material support to doctors and take proactive measures for a possible second wave of the spread of the pandemic. To solve these problems, budget expenditures have been increased. Until the end of this year, all our promises to medical workers will be fulfilled,” Smailov noted.

Additionally, according to the Deputy Prime Minister, due to internal cost optimization, the costs of supporting the real sector have been increased. Until the end of the year, it is necessary to use the allocated funds, which is 4.2 trillion tenge, taking into account the clarifications. But the tender procedures have not been completed yet. In addition to the planned budget programs, an additional 236 billion tenge was allocated from the Government reserve for urgent purposes. As of Oct. 9, 2020, only 111 billion tenge was spent.

“It is necessary to clearly monitor the effectiveness of the allocated budget funds,” Smailov noted.