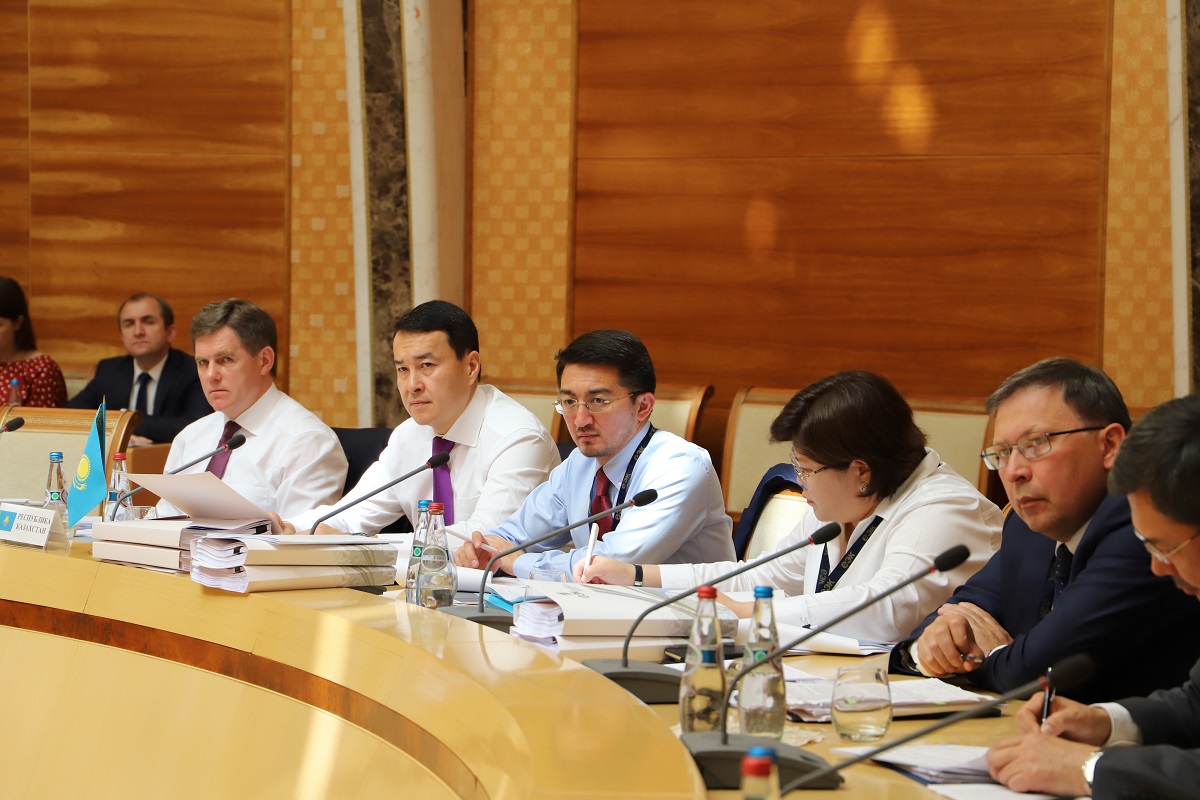 First Deputy Prime Minister – Minister of Finance of Kazakhstan Alikhan Smailov took part in the regular meeting of the Council of the Eurasian Economic Commission in Minsk (Belarus).

During the meeting, a number of topical issues of further development of the Eurasian Economic Union were considered. Thus, members of the EEC Council discussed certain aspects of further improving the customs legislation of the EAEU, customs and tariff regulation, labeling of goods, international cooperation of the Union with third countries.

The parties discussed the draft Agreement on Harmonized Approaches to the Regulation of Currency Relations and the adoption of liberalization measures. The adoption of this Agreement will allow to continue work on the further development of cooperation in the monetary and financial sphere, increasing the role of the national currencies of the member states of foreign trade and investment operations.

Also, a regular meeting of the CIS Economic Council was held in a narrow composition, at which the participants reviewed the preparation of the draft Agreement on Free Trade in Services, exchanged views on topical issues of economic cooperation in the Commonwealth of Independent States.