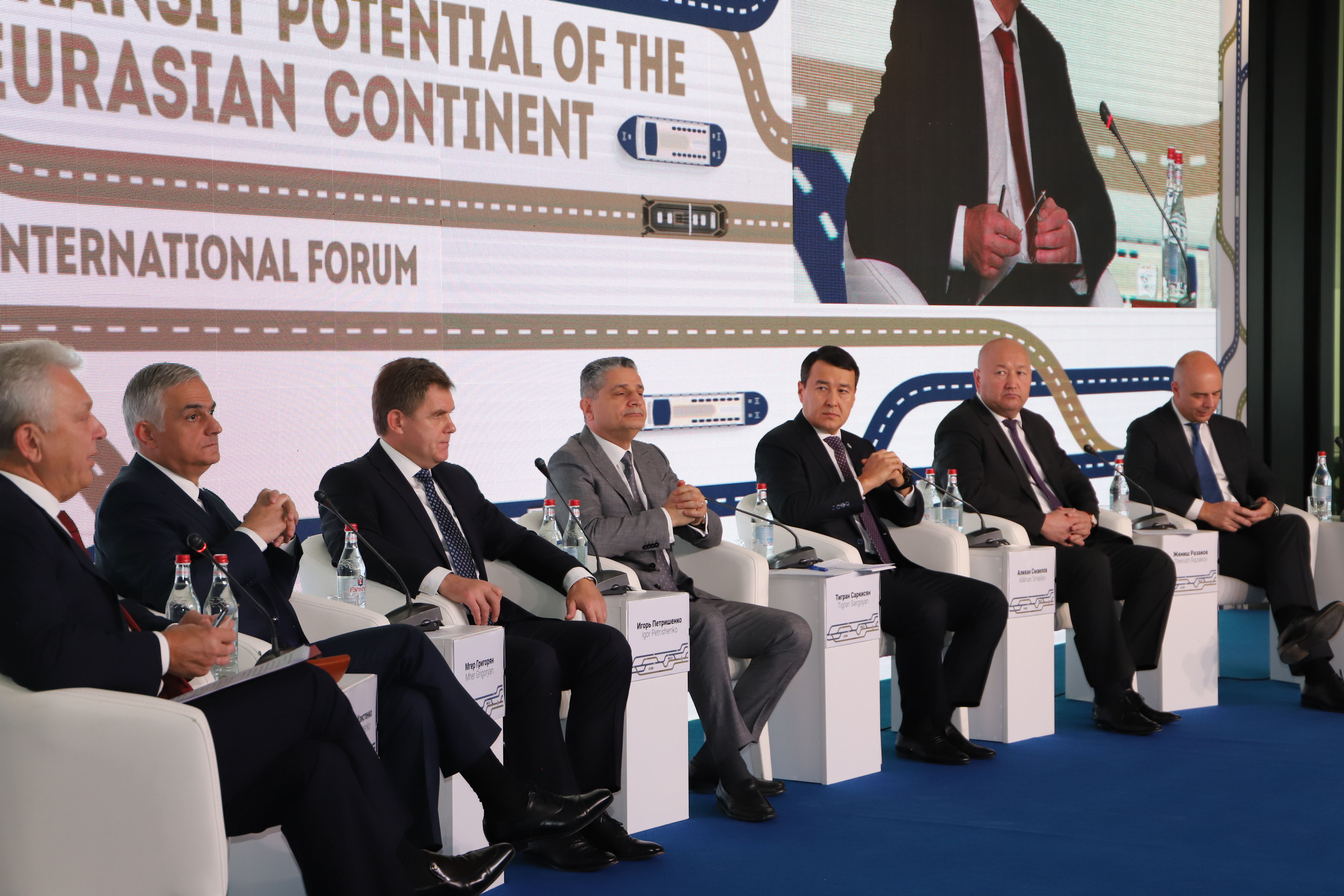 First Deputy Prime Minister – Minister of Finance Alikhan Smailov at the international forum "Transit Potential of the Eurasian Continent" in Yerevan raised the problematic issues of transit to the EAEU.

“First, there is a significant deterioration of the transport infrastructure from 40% to 100%, which, of course, affects the quality of roads, low logistics efficiency, and leads to more expensive transportation and prices for goods. Second, there is a high degree of bureaucratization and the slow adoption of modern technologies, digitalization,” Smailov noted.

According to him, Kazakhstan together with the Russian Federation in a pilot format introduced navigation seals at the borders, but now there are plans to introduce it in a multilateral format in the EAEU countries, which will increase transit between them. In addition, this will solve the problem of transit of sanctioned goods through the territory of the Russian Federation.

In conclusion, the First Deputy Prime Minister, Minister of Finance Alikhan Smailov, drawing his colleagues' attention to the lack of coordination on creating common EAEU logistics corridors, suggested the Eurasian Economic Commission to work out the issue of digitizing the EAEU transport infrastructure.

Recall that the international forum “Transit Potential of the Eurasian Continent” is taking place these days in the capital of Armenia, Yerevan, as part of the EEC Council. The main topic of the forum is the development of transcontinental transport links.