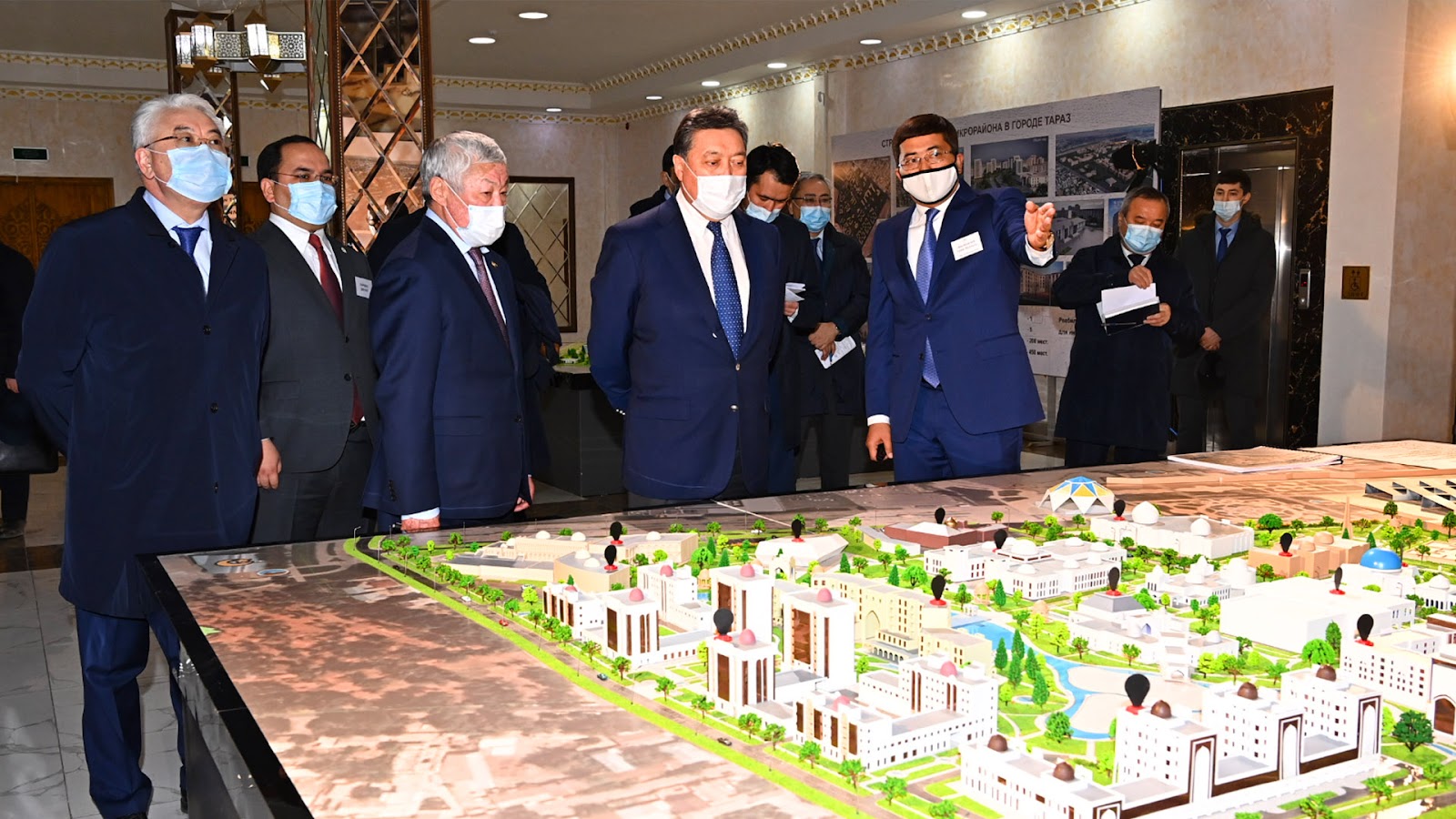 On Nov. 10, 2021, the Prime Minister of the Republic of Kazakhstan Askar Mamin got acquainted with the socio-economic development of the Zhambyl region and inspected the implementation of investment projects in the region.

In the village of Gvardeisky, Korday region, the Head of Government visited the biopharmaceutical plant of immunobiological preparations of the Scientific Research Institute for Biological Safety Problems of the Ministry of Education and Science of the Republic of Kazakhstan. It is planned to produce up to 60 million doses of vaccines annually. 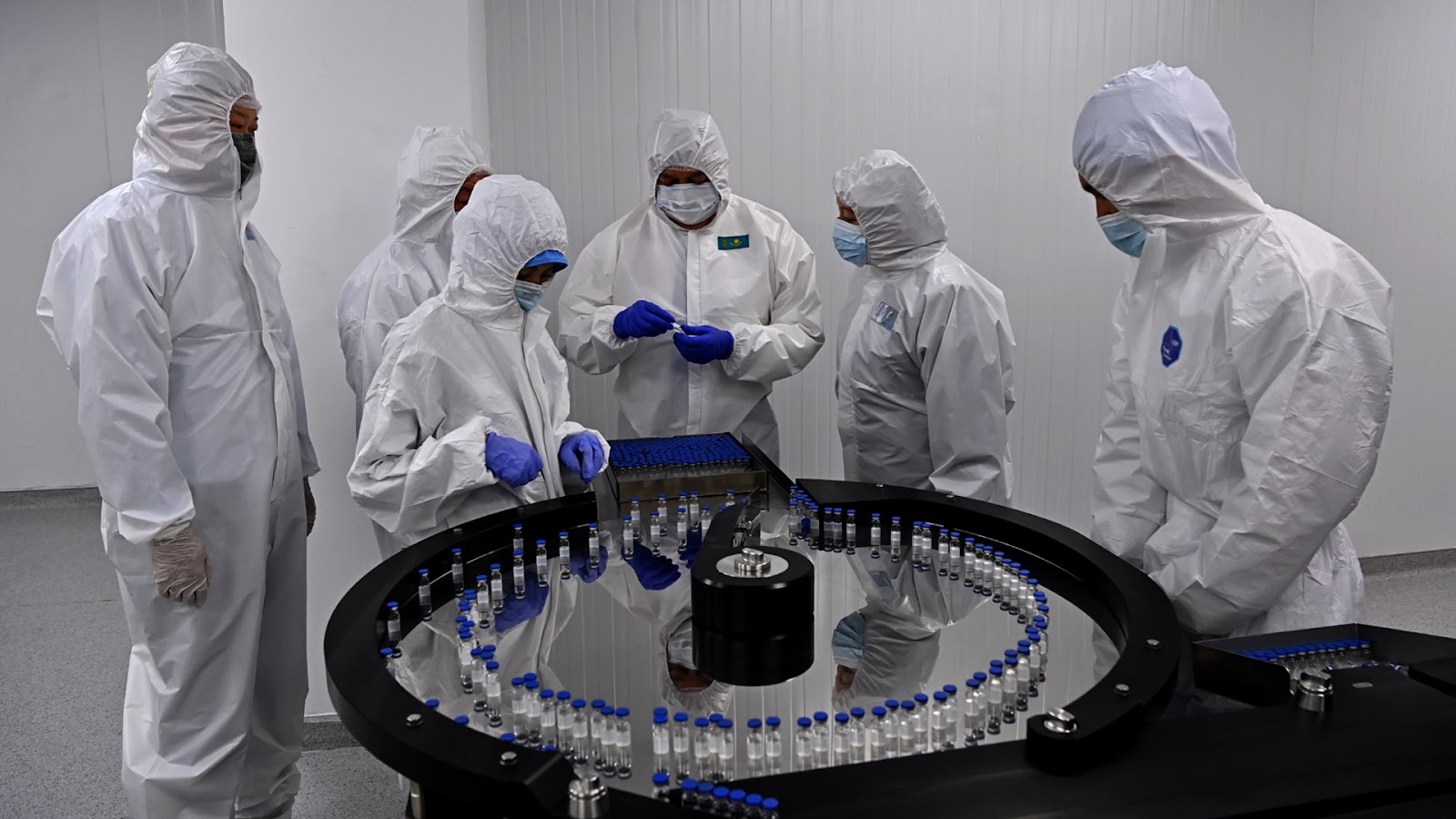 The Prime Minister got acquainted with the projects for the development of the production capacity of the plant for the production of substances in the BSL-3 standard, as well as the housing and socio-cultural infrastructure of the research institute.

In Kainar village, Zhanaturmys rural district of the Baizak district, the Head of Government was informed about the completion of work on the restoration of all residential buildings damaged as a result of the explosions on Aug. 26, 2021, at the ammunition depot. The Prime Minister held a meeting with residents of the affected houses. 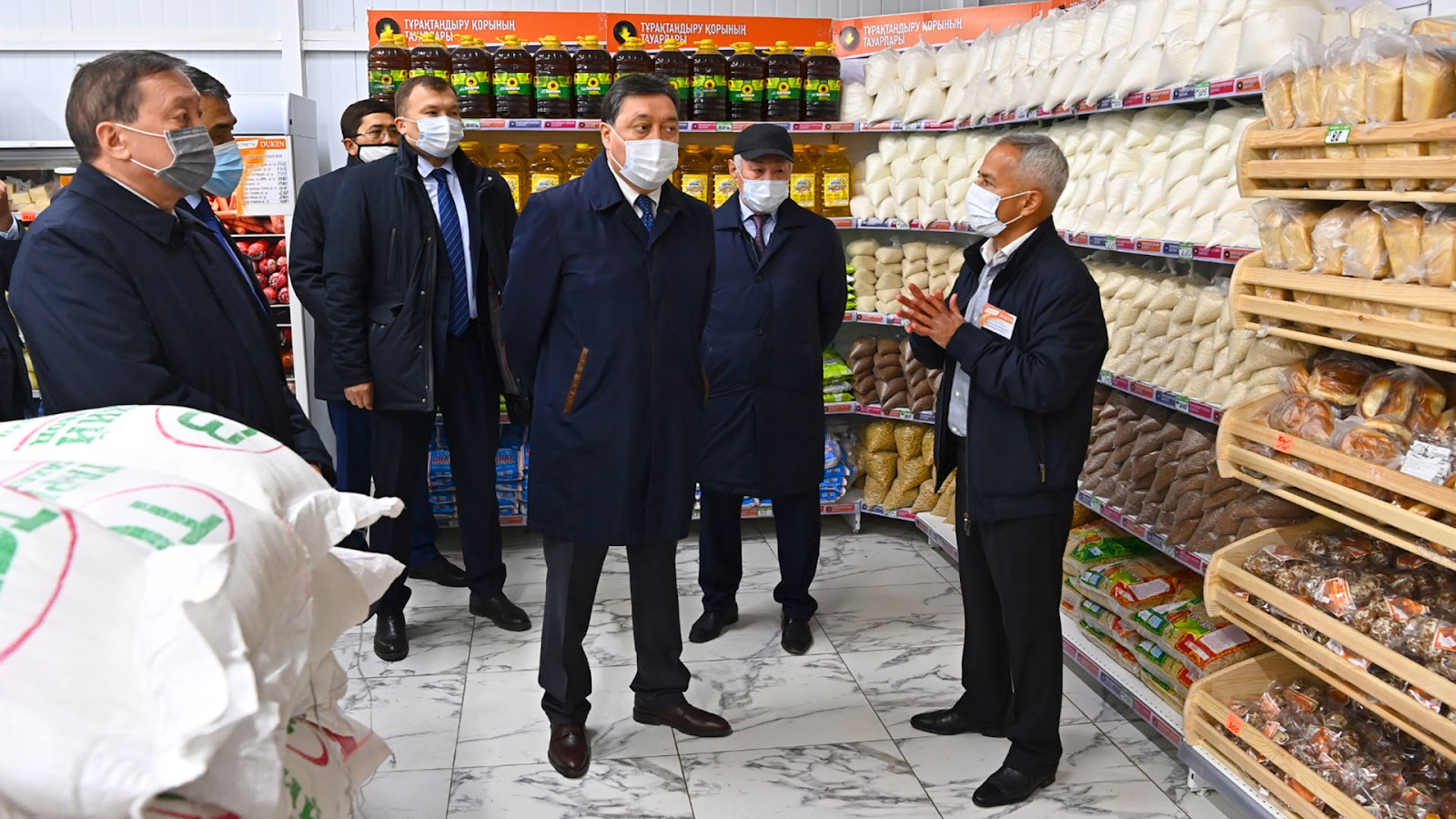 Mamin got acquainted with the results of the harvesting at one of the peasant farms in the Baizak district, visited the Zhambyl wholesale distribution center, a social grocery store and viewed an exhibition of food products produced in the Zhambyl region. The Head of Government was reported on measures to ensure price stability for socially significant food products in the region.

During a visit to the Chemical Park Taraz special economic zone in the Shu region, the Head of Government was presented with promising investment projects in the chemical and food industries for a total of 143.3 billion tenge. 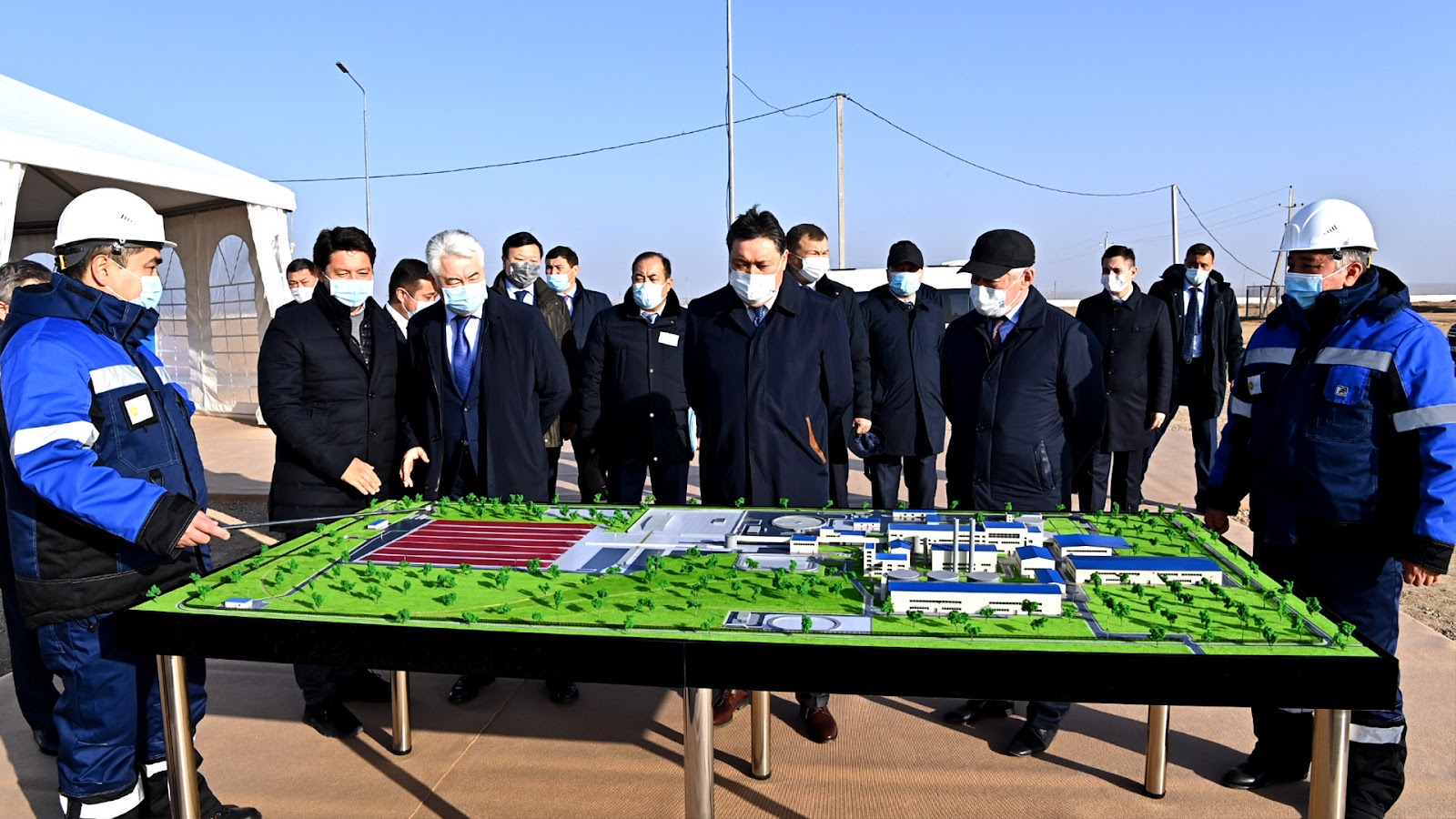 Thus, the project for the production of sodium cyanide with a capacity of 25 thousand tons per year is planned to be completed by the end of 2023. The company's products will fully meet the internal needs of the Republic of Kazakhstan, and will also be exported to the countries of Central Asia and the EAEU.

One of the largest projects in the agricultural sector of Kazakhstan is the construction of a sugar plant with a capacity of 148.8 thousand tons of white sugar per year. Commissioning is scheduled for 2023. The project will be fully supplied with its own raw materials. 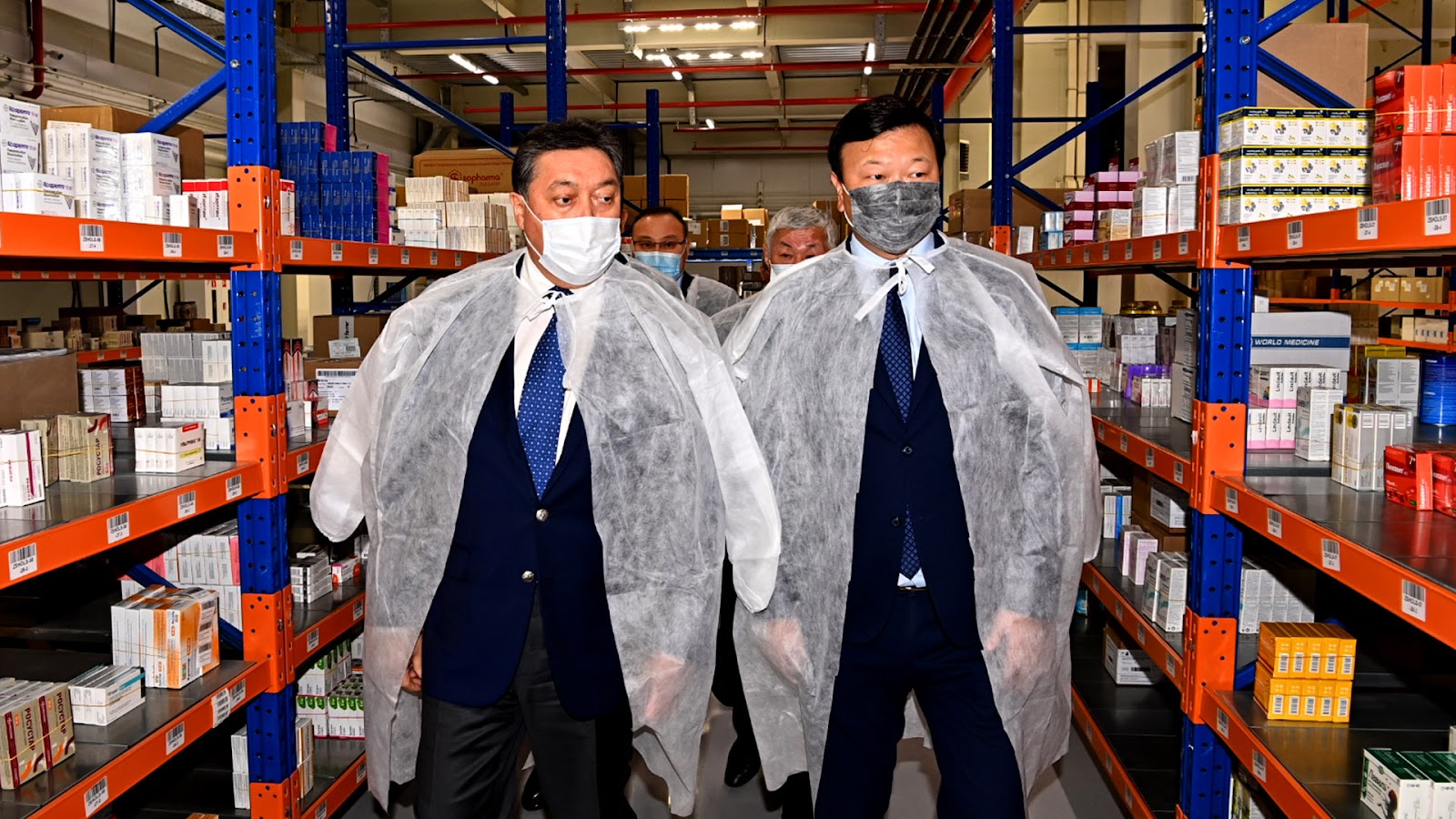 In Taraz, the Head of Government visited Amir and D LLP for the production of medical devices. In October of this year. the company began production of rapid tests for the determination of the COVID-19 antigen. In total, it is planned to produce over 200 types of express tests for the diagnosis of infectious diseases, cardiological markers, drugs, allergens, etc. The production capacity will amount to 15 million express tests and 1.5 million control solutions per year.

Mamin got acquainted with the plan for the reconstruction of the territory around the Kone Taraz historical and ethnocultural center, as well as projects for the development of housing, medical, transport infrastructure and life support facilities of the city of Taraz.