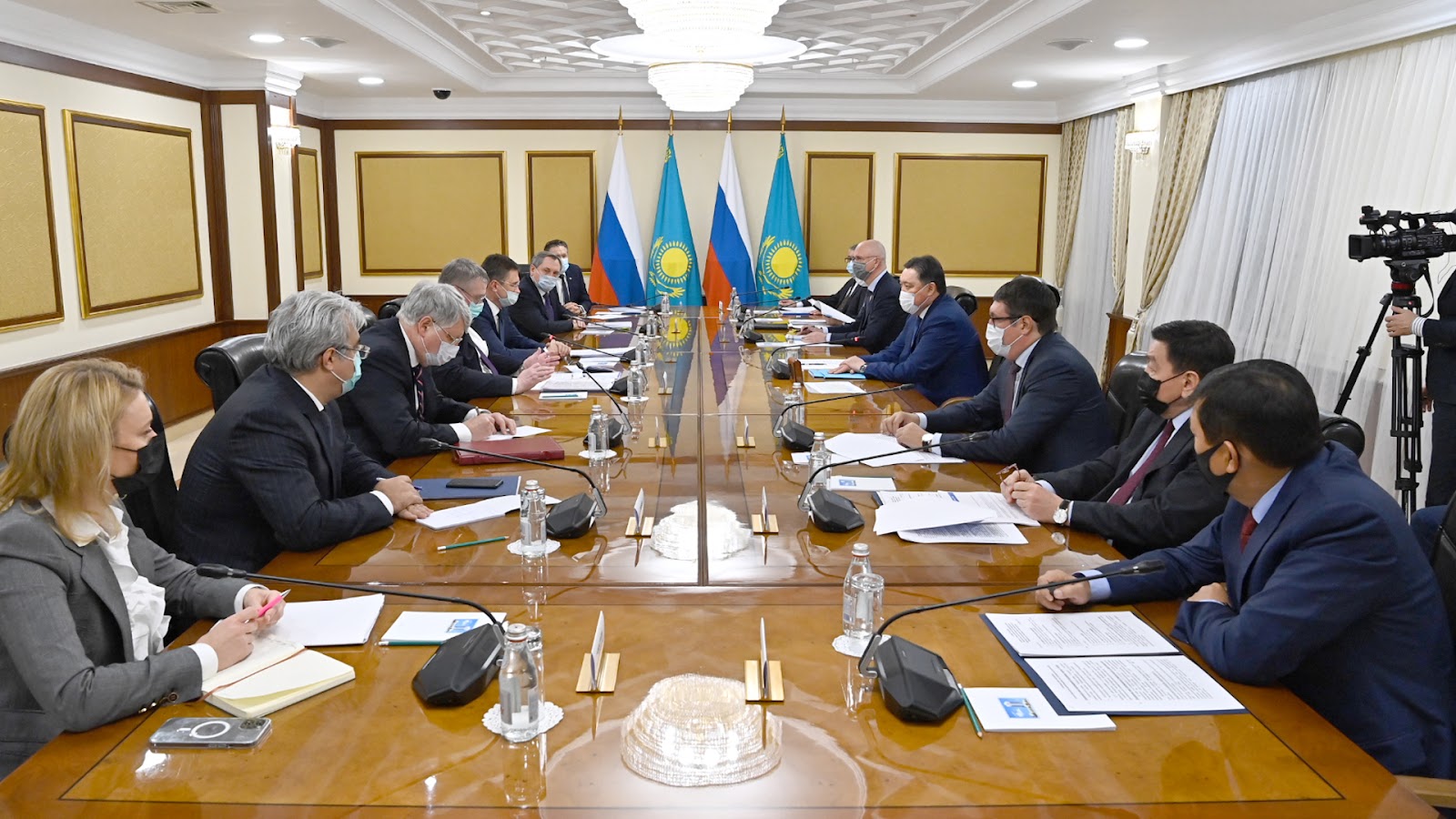 The parties discussed topical issues of cooperation in the fuel and energy sector — in the field of subsoil use, oil and gas, electricity.

Particular attention is paid to the prospects for cooperation in the field of hydrogen energy, the participation of Russian companies in the gas supply to northern and eastern regions of Kazakhstan.

Issues of diesel fuel supplies from Russia to Kazakhstan, transit of Russian hydrocarbons through the territory of the Republic of Kazakhstan and others were considered.

The progress of implementation of joint projects in the field of petrochemicals — production of polypropylene, polyethylene, butadiene and its derivatives was discussed.

Samruk-Kazyna JSC and KazMunayGas JS NC jointly with SIBUR Holding PJSC on the basis of an integrated gas chemical complex in Atyrau in early 2022 are planning to open a joint venture for the production of polypropylene with a capacity of 500 thousand tons per year. The parties are considering the implementation of a joint project for the construction of a polyethylene plant with a capacity of 1.25 million tons per year.

The parties confirmed their readiness for further constructive negotiations in all areas of strategic interaction, both in bilateral and multilateral formats.