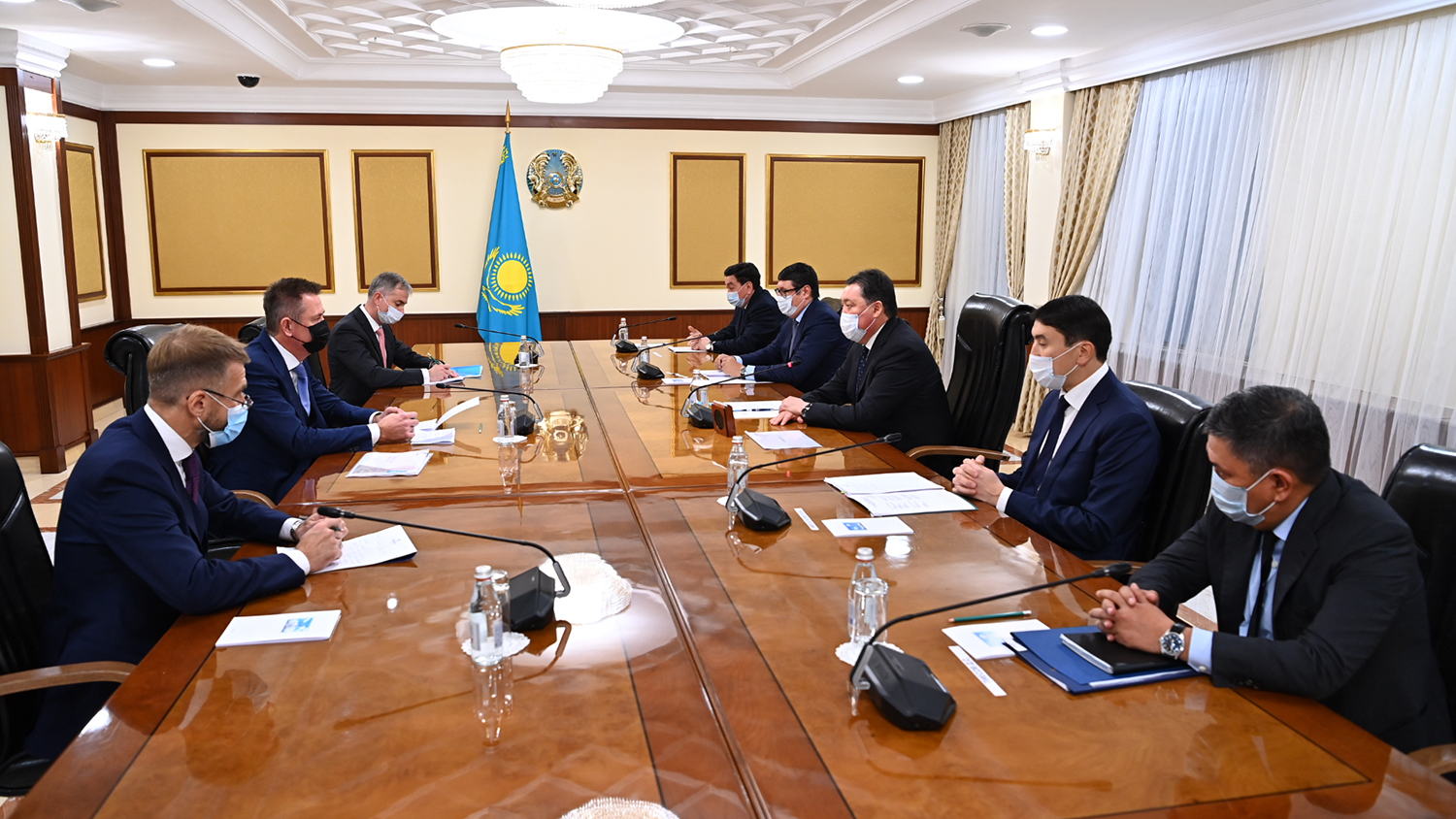 On Oct. 7, 2021, Prime Minister Askar Mamin met with Chair of the Board of PJSC SIBUR Holding Dmitry Konov.

The parties discussed issues of joint implementation of large investment projects in the oil and gas chemical industry of Kazakhstan — the production of polypropylene and polyethylene.

In particular, on the basis of the integrated gas chemical complex in Atyrau, in early 2022, it is planned to open a joint venture for the production of polypropylene with a capacity of 500 thousand tons per year. In the future, a joint project for the construction of a polyethylene plant with a capacity of 1.25 million tons per year will be implemented.

An agreement on the basic terms of cooperation on these projects was signed between SIBUR, Samruk-Kazyna JSC and NC KazMunayGas JSC within the framework of the XIV Eurasian Forum KAZENERGY.

Askar Mamin and Dmitry Konov also discussed the prospects for the implementation of joint oil and gas chemical projects at the Karashaganak field, training of Kazakhstani specialists at SIBUR enterprises and other issues of interaction.

SIBUR is the largest oil and gas chemical holding in Eastern Europe with a staff of over 18 thousand people. SIBUR implemented a project for the construction of a petrochemical complex ZapSibNeftekhim with a capacity of 2.5 million tons of base polymers per year. Together with Sinopec, it is building the Amur Gas Chemical Complex with a capacity of 2.7 million tons of polyethylene and polypropylene per year.