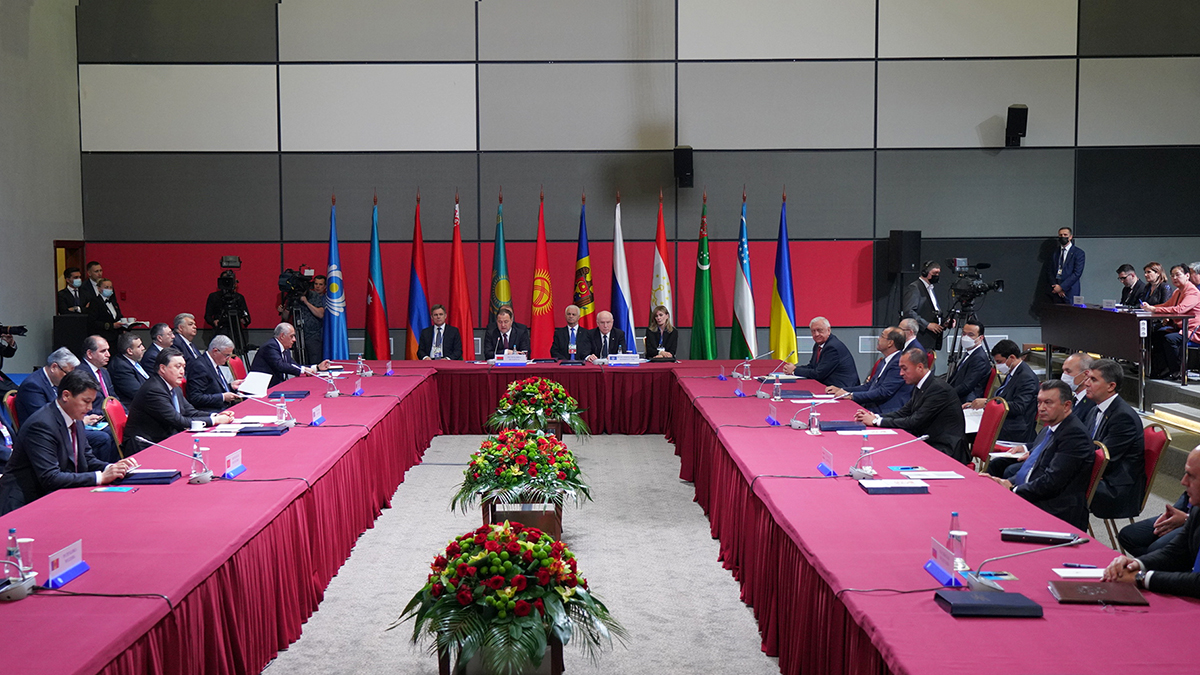 Within the framework of his visit to Minsk, Prime Minister Askar Mamin took part in a meeting of the Council of Heads of Government of the Commonwealth of Independent States, where he noted the need to form a new agenda for the sustainable development of the CIS economy in the post-pandemic period.

“The CIS countries are consistently moving to the phase of post-pandemic recovery. Our economies, according to forecasts of leading international financial organizations, this year will enter the trajectory of growth,” Mamin said.

The head of government noted the improvement in the indicators of mutual trade between the CIS countries. In January-March 2021, Kazakhstan's trade with the CIS countries amounted to $6.3 billion, which is 10% more than in the same period last year.

The Prime Minister of the Republic of Kazakhstan emphasized the need to take coordinated measures to ensure the joint formation of added value, its transportation to sales markets and financing of these processes. At the same time, in order to increase the stability of the economy in the face of probable repeated shocks, it is necessary to focus on ensuring the stability of the external balance of payments of the CIS, including by increasing the trade turnover within the Commonwealth.

Within the framework of the new agenda for the economic development of the CIS, the Head of the Government of Kazakhstan proposed to focus on the implementation of the industrial and agro-industrial potential of the Commonwealth.

“It is necessary to develop and adopt a Strategy for Ensuring Food Security of the CIS countries, which would cover the entire range of subjects and activities related to the production, processing, distribution, regulation and consumption of food products,” Mamin said.

The importance of developing and implementing an effective and practical joint transport policy, continuing work to increase the quality and availability of infrastructure within the CIS was noted.

The Head of Government emphasized that, taking into account the large-scale redistribution of international transport flows, caused by incl. the transformation of the existing large global value chains, concerns about the stability of traditional routes and uncertainty about the transit potential of certain regions, the CIS has the opportunity to increase its share in the international transportation market.

“This dynamics is already reflected in our transit indicators. In 2020, despite the pandemic, the growth of container traffic through the territory of Kazakhstan in the direction of China-Europe-China amounted to 59.6%. For the first four months of this year, the growth has already made up 84%,” Mamin said.

As a result of the meeting, agreements were adopted on cooperation in the spheres of promoting employment of the population, sanitary protection of the territories of the CIS member states, prevention and suppression of the use of false trademarks and geographical indications.

The CIS Council of Heads of Government approved a medium-term plan of joint actions to counter the spread of infectious diseases, a set of joint measures for the prevention and control of foot and mouth disease for the period up to 2025, and also made decisions to strengthen cooperation in the management of state material reserves and the training of officers of the armed forces.

Topical issues of economic interaction within the CIS and an action plan for the implementation of the first stage of the CIS Economic Development Strategy for the period up to 2030 were considered.