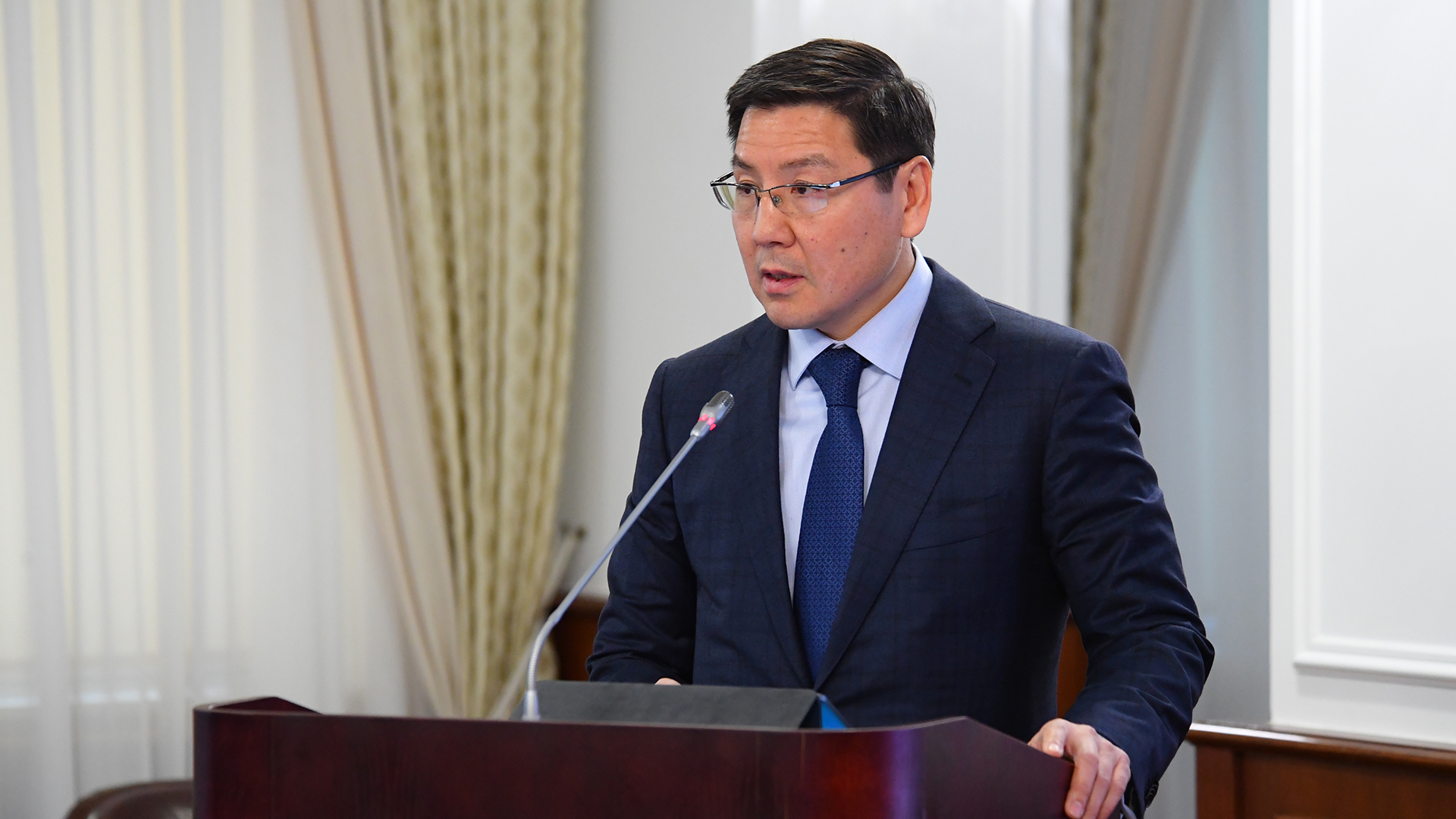 At the Government session chaired by Prime Minister Askar Mamin, Minister of Digital Development, Innovation and Aerospace Industry Askar Zhumagaliyev reported on the progress of the state program “Digital Kazakhstan.”

As noted by Zhumagaliyev, the implementation of the state program "Digital Kazakhstan" is carried out in five directions. As a result of the work carried out, a 30% GDP growth is expected starting from 2025. About 300 thousand new jobs will be created. 67 billion tenge will be invested in the digital ecosystem. 97% of the population will be provided with broadband internet.

“These plans are developed based on the world benchmark. For example, in the European Union, the digital economy provides 40% growth. And production costs are reduced by 5-8%. Together with all state bodies, we must achieve these plans,” the minister said.

In the first direction of the Digital Kazakhstan program — the development of human capital — today there are certain achievements. All schools in the country are provided with computer equipment. 93% of the country's schools are connected to the Internet. In the field of higher education, about 19 thousand grants were allocated for the 2019-2020 academic year in the field of ICT. In addition, in 2019, the Alem-i programming school and Astana IT University were opened on the basis of the Astana Hub, where new generation specialists are trained.

Providing the population with high-quality Internet

The main task of the Digital Silk Road direction is to provide the population with high-quality Internet. Currently, 117 cities and 3,324 villages with a population of more than 250 people are provided with broadband Internet. Over the past two years, 481 villages have been connected to broadband internet. This project will be continued in the coming years.

In addition, 5G pilot projects were implemented in the cities of Nur-Sultan, Almaty and Shymkent. Also, at the end of 2019, the construction of the Kazakh-Azerbaijani TransCaspian Fiber Optic project was launched. In 2020, 880 villages will be connected to broadband Internet. It is planned to bring the level of Internet connection to the home network up to 84%.

Transition to the digital state

At the end of 2019, the Smart Bridge project was launched. Thanks to this project, it was possible to reduce the integration time and reduce costs by three times. In general, over 100 integrations are planned for this year.

As part of digitalization, it is necessary to automate government support measures. The head of state instructed to complete this process in the first half of 2020.

One of the most important projects is the digitalization of land relations. The main goal is the online provision of land. To provide services, a Unified State Cadastre is created. The system combines the Land Cadastre, the Real Estate Register and regional geoportals.

In the first quarter of this year, the online issuance of land in the cities of Nur-Sultan, Almaty, Atyrau, and Aktobe will begin to operate in pilot mode.

As Zhumagaliyev noted, a lot of work is being done in the digitalization of healthcare and there are already positive results.

Today, time savings of doctors and patients is 50%. In general, the effect of digitalization in the field of medicines amounted to about 23 billion tenge.

This year it is planned to provide 100% coverage of polyclinics with computers up to the district level. And the connection of medical institutions to information systems will reach 93%.

Due to the integration of banking systems with the eGov portal, tax payments increased 1.8 times. 73% of businesses are provided with online cash registers. And 81% of all customs declarations are issued within one minute.

The volume of non-cash transactions increased by 2.3 times and reached 14.5 trillion tenge. As a result, in 2019, additional revenues to the budget exceeded 448 billion tenge.

From 2020, budget planning will be translated into a paperless and open view. All customs documents will be issued through a “single window.” In addition, work will begin to ensure the payment of VAT on blockchain technology. This will facilitate the work of the business.

Digitalization of the social and labor sphere

According to the ministry, thanks to the electronic labor exchange, more than 523 thousand people were employed.

Citizens, without going anywhere, can receive 14 different types of payments in a proactive format. In general, the effect in the social and labor sphere for 2019 amounted to about 1.5 billion tenge.

In 2020, another six services will begin to be provided in a proactive format, and a portal for staff retraining will also be created.

Five government agencies were connected to the Smart Data Ukimet project, held in 2018 by the Head of State, and their databases were analyzed.

As a result, several economic models were implemented. Employment of the population, allocation of free medicines, allocation of grants under the Bolashak program, etc.

The use of artificial intelligence technology in this project has saved budget funds.

Zhumagaliyev also said that work has begun in the field of artificial intelligence. For this, a special draft law was developed. Together with Nazarbayev University and the World Bank, an Institute is being created and a program is being developed.

“Together with government bodies, we will work within the framework of this project during 2020, which will create new economic models. The Smart Data Ukimet project with artificial intelligence technology will give an indirect effect in the amount of more than 180 billion tenge,” the minister emphasized.

Particular attention in the country is paid to the real sector of the economy. In the direction “Digitalization of economic sectors,” the total digitalization effect of the fuel and energy, industrial and agricultural sectors amounted to 92.4 billion tenge. More than 230 digital projects are being implemented at 200 enterprises and farms.

In this regard, the companies that make up the Samruk-Kazyna fund have achieved good results.

Improving the quality of life of the population

Together with akimats, digitalization projects are being developed in five main and six additional directions.

Following the results of last year, a rating of smart cities was formed. This rating will be updated every six months.

This year, first of all, akimats will have to complete services 112 and 109. In addition, the practice of electronic ticketing in public transport will be scaled.

President Kassym-Jomart Kemelevich at the extended session emphasized that attracting venture capital investments is an important task. In addition, special attention is paid to the development of human capital. Currently, the technology park of IT startups Astana Hub is 100% full. There are 17 research laboratories of domestic and foreign IT companies. Over 90 startups were implemented and over 1,000 jobs were created. All of the above measures allowed attracting investment in domestic startups in the amount of 18.8 billion tenge.

“In 2020, with the support of at least two technology parks, we will try to attract about 15 billion tenge of investments. We will continue this work together with all state bodies and companies,” Zhumagaliyev said.

In general, 35 billion tenge was spent from the republican budget for two years of work. The economic effect of the ongoing digitalization work amounted to 803 billion tenge.

32.8 billion tenge was attracted to the innovation ecosystem.

Given related industries, 120 thousand jobs were created. And 78 thousand of them appeared in 2019.

In conclusion, Zhumagaliyev noted that active work on the above tasks will continue.