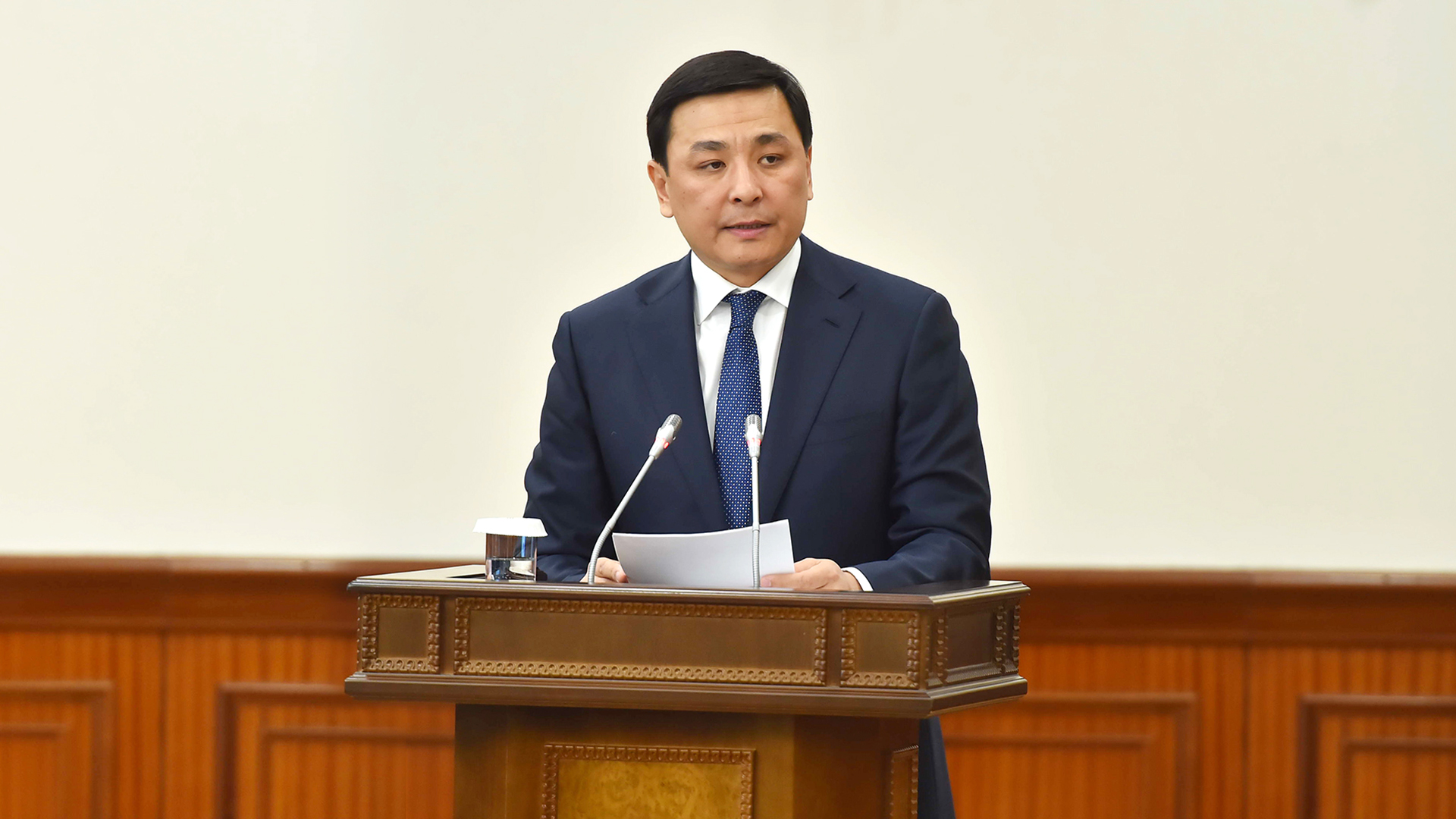 At the extended Government session with the participation of the Head of State, Akim of Nur-Sultan Altai Kulginov reported on the work being carried out to fulfill the instructions of President Kassym-Jomart Tokayev.

As Kulginov noted, positive results are observed in the socio-economic development of the capital. Gross regional product grew by 7.2%. The volume of industrial production increased by 12%. The number of small and medium enterprises increased by 8%. Growth in trade exceeded 5%.

At the end of 2019, according to two indicators that slowed development, there was an increase compared to the first half of the year:

In 2019, the construction of 10 problem houses was completed.

“The main problems in the field of shared construction are the long litigation between the members of the housing cooperative, the lack of design estimates, financial model and investors. Changes to the Nurly Zher Program, made at your request, expanded the possibilities of using state funds,” Kulginov said.

Ten houses were completed at the end of 2019, the number of interest holders was reduced by 2.5 thousand people. This year it is planned to complete the construction of over 20 houses (7,581 equity holders). The remaining homes will be entered within three years.

The volume of housing in comparison with the indicators of 2018 has more than doubled.

Work continues with Housing Construction Savings Bank. There are more than 214 thousand depositors of the bank in the city. At the end of 2019, 10,500 residents of the capital received apartments.

Inclusion education classes open in 64 schools of the capital

“Out of 115 city schools, eight work in three shifts. The number of students in 14 schools exceeds the standard. In order to solve these problems, in 2019 6 schools with 5 thousand places were built. The problems of 3 schools with three-shift training have been resolved,” the akim of the capital noted.

During a visit to school number 23, located on the outskirts of the city, the Head of State instructed to build a new school. Preparatory work for the construction of the school has begun. Planned to be completed within a year.

The number of schools in which inclusive education classes are open in the city has reached 64. This year it is planned to cover all other schools.

As Kulginov noted, twelve Doctor at Home facilities were opened; another ten are planned to be opened this year. The introduction of the compulsory social health insurance has begun.

Regarding the instruction of the Head of State on the emergency building of the Railway Hospital, Kulginov noted that the neighboring building was repaired, to which the clinic was transferred. The clinical departments of the hospital were transferred to two other buildings, which also underwent major repairs (225 beds of round-the-clock beds and 50 beds of day stays).

For the conceptual solution of the issue, together with a Turkish investor, the construction of a diversified hospital with 800 beds was launched as part of a PPP. A land plot with a total area of ​​20 hectares has been determined.

At the regional coordinating council for investors, 42 projects worth 255 billion tenge were supported. The territory of the SEZ expanded to 8 thousand hectares.

More than 60 hectares of undeveloped areas with 12 new production facilities were seized from unscrupulous investors.

Work has begun on the design of a second industrial park.

As the akim of Nur-Sultan noted, all procedural issues have been resolved for all launch complexes of the first stage of work in the active phase.

Until the end of 2021, it is planned to complete in the railway Koktal-1, Koktal-2, Southeast and Zheleznodorozhny. Tenders for the conversion to gas of CHPP-1 and CHPP-2 have been announced.

This year, the reconstruction of power equipment at TPP-2 will be completed, which will give an increase of 180 Gcal / hour for heat and 120 MW for electricity.

At CHPP-3, together with the Ministry of Energy, the project is being adjusted.

Kulginov also said that work continues on the construction of storm sewers.

Over 50 flooding sites have been identified, three of which are the most critical in the areas of intersection:

1) In the area of ​​Valikhanov and Barayev streets (microdistrict Zhastar).

2) Construction has begun on Momyshuly Ave in the area of ​​the Schoolchildren's Palace.

3) Reconstruction of collectors and modernization of treatment facilities (1.5 billion tenge) will be carried out along Turan Ave and Uly Dala Ave.

For all 3 sites, the completion of projects is planned in 2021.

In 2019, they completed the construction of treatment facilities in the area of ​​the Logistics Center (2.3 billion tenge). This year, it is planned to complete three facilities in the railway station Telman, Ushkonyr Str. and Kudaiberdyuly Str.

100 km of roads built and repaired in Nur Sultan

Kulginov reported on the launch of a number of important projects.

So, work is underway to prepare for the expansion of Kabanbay batyr avenue to eight lanes and the construction of a transport interchange at the intersection of Kurgaldzhinsky highway and Kabanbay batyr and Turan avenues. In total, 100 km of roads are planned to be built and repaired in the city.

It is also planned to complete the construction of two bridges along Uly Dala Ave — across the Esil River and through the Nura-Esil Canal.

It is also planned to build a new cable-stayed bridge on Tauelsіzdіk Avenue across the Esil River. The construction of 3 of these bridges and roads will significantly improve the transport logistics of the city and unload the roads.

For the improvement of urban spaces, a program for the development of public spaces has been developed, which will be implemented as part of the Budget for Public Participation.

In 2019, about 160 yards have been landscaped; this year, the same amount is planned.

1,5 thousand lamps have been replaced, which saved up to 40% of energy. The work will continue.

On behalf of the Head of State, a unified design code for the design of city streets and buildings was approved.

Within the framework of the Hearing State concept in 2019, more than 11 thousand people were at the reception of the leadership of four districts and cities. Every quarter, an Open Akimat is held. Open Akimat works in three districts. About 5,000 people were received at the Zhangya Center in 5 months, and almost 4,000 issues were resolved locally.

13 thousand children from low-income families are fully provided with educational facilities for the school.

Abay Alemi Center will be built in the capital

The Palace of Schoolchildren was given the name al-Farabi, and on the day of knowledge, a new Abay school opened its doors. In the capital, the Abay Alemi center will be built. The construction site has been established, construction work will begin in the first half of the year.