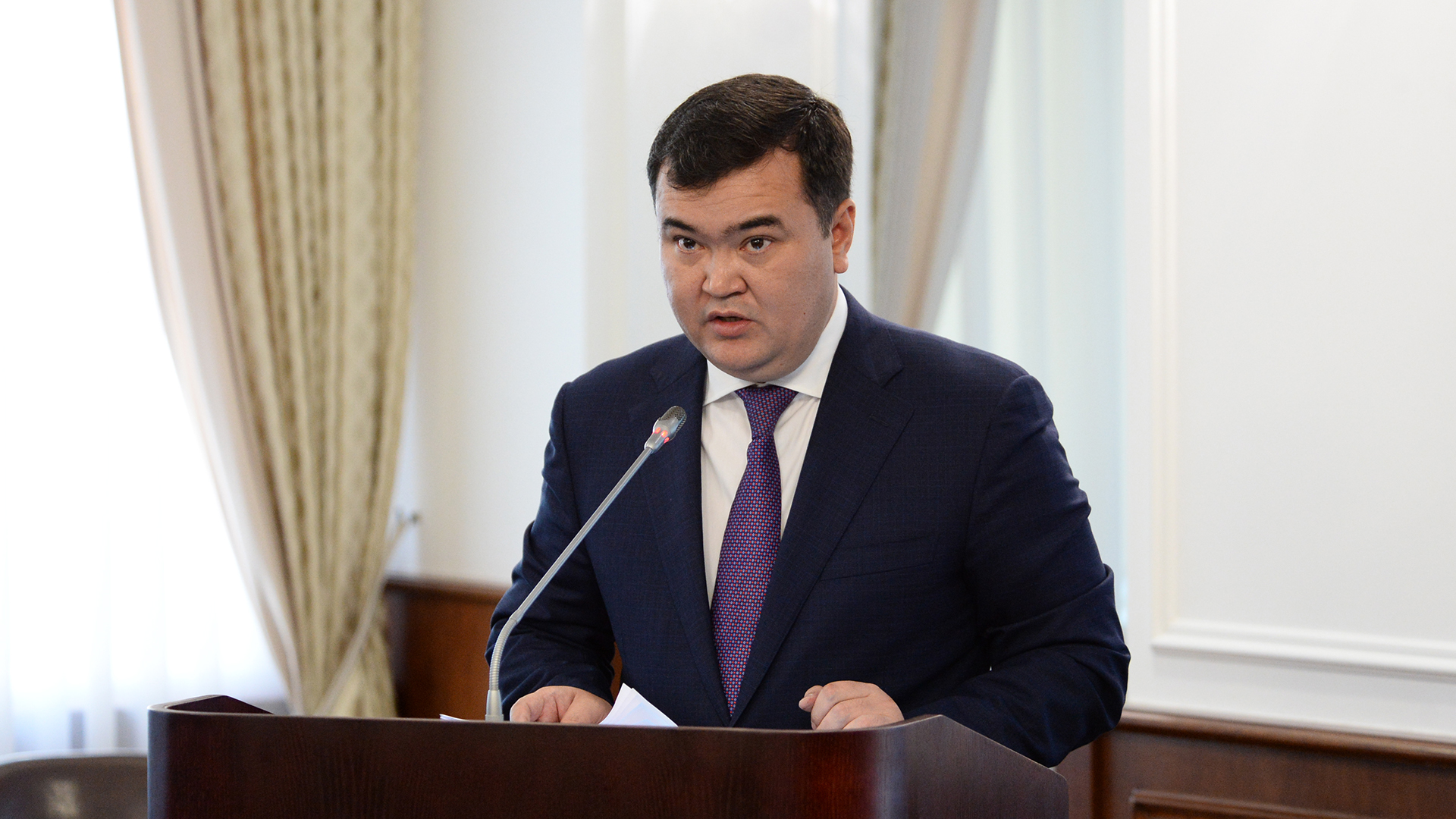 At the Government session, the Deputy Prime Minister Zhenis Kassymbek informed about the measures taken to implement the instructions given July 15, 2019, by the Head of State at the extended meeting of the Government.

“At present, the Ministry of Industry and Infrastructure Development is analyzing the second five-year plan of industrialization, within the framework of which issues of the effectiveness of provided state support to the economic sectors, the implementation of action plans, including their underfunding, are being examined. The results of the analysis will be taken into account in the developed State Industrialization Program for 2020-2025,” said Kassymbek.

For the construction of housing, education, health, water, sports and other industries, more than 100 model projects have been developed.

In total for the period of 2016-2018, akimats built 238 facilities according to standard designs. When applying these model projects, on average, the cost of developing design and estimate documentation is reduced by 55%, the time is reduced by 5-6 months.

In order to increase the share of local content, all the necessary changes were made to the regulatory legal acts in 2018. An electronic register of domestic producers has been created, requirements have been introduced for the mandatory indication of the origin of materials both in the design and estimate documentation and when accepting completed work. As a result, the share of domestic materials on budget projects is planned to increase to 90% by 2022.

Kassymbek also informed on the progress of work on the restoration of Arys in the Turkistan region.

“Today, all forces are mobilized to restore Arys: 250 construction companies are working, the necessary special equipment and more than 10 thousand workers are involved. Issues of financing the facilities have been resolved. The restoration is carried out at an accelerated pace, and the completion is planned on schedule,” the deputy prime minister said.

Work is underway to increase lending under the program "The Economy of Simple Things," taking into account the counter obligations of the business.

In the work of the Project Office on the basis of Atameken NCE, there are more than 1,500 business projects worth over $1 trillion. Of these, 104 projects approved for 50 billion tenge, 179 projects are under consideration at the banks.

Work is underway to form a competitive end-to-end tariff and automated digital service.

“It is planned to ensure growth through enhancing the e-commerce market and transferring postal parcels from the PRC and Southeast Asia to Europe,” noted Kassymbek.

In the field of agriculture, on behalf of the Head of State, the State Program for the Development of the Agro-Industrial Complex will be changed in October 2019, including in terms of ensuring the stability and transparency of state support measures for the agro-industrial complex, determining the set of reciprocal obligations of agribusiness, attracting transnational corporations , taking measures for the rational use of land resources.

A new information system, the Unified State Real Estate Cadastre, is being developed, which provides for the digitization of land cadastre processes.

Kassymbek said that questions on the moratorium on the sale and lease of agricultural land will be discussed with the public and this issue will be submitted to the National Council of Public Trust under the President of Kazakhstan by the end of 2019.

Particular attention is paid to attracting large foreign investors in the field of agriculture.

Currently, about 30 major investment projects with the participation of foreign investors are being implemented in the agro-industrial complex, totaling more than $3 billion. Government support measures — investment and interest rate subsidies — are applied. There are special tax regimes for agricultural producers.

Kassymbek also noted that a draft of the new Environmental Code was developed taking into account the international standards. It will strengthen the responsibility for causing harm to the environment based on the recovery of increased monetary compensation, according to the “polluter pays” principle.

The offender will be obliged to eliminate environmental damage, i.e. restore disturbed components of the environment. A new Ecocodex is to be submitted to the Parliament in December 2019.

Regarding digitalization, the main efforts will be focused on ensuring the smooth operation of the e-government portal, automating and optimizing public services, operational integration of information systems, as well as on explanatory work on obtaining electronic services.

To simplify the procedure and speed up the integration of information systems, the Ministry of Digital Development, Innovation and Aerospace Industry is working to create a Unified Integration Platform “Smart Bridge,” based on Estonian experience, which will be launched in December 2019.

On the implementation of the project of light rail transport in Nur-Sultan, Kassymbek noted that currently the akimat of Nur-Sultan together with the National Bank of the Problem Loans Fund JSC and the Ministry of Finance is considering the issue of debt collection with Bank of Astana JSC . The issue of the further implementation of the project will be considered July 24, 2019, as part of the meeting of the State Commission on the Development of Nur-Sultan.