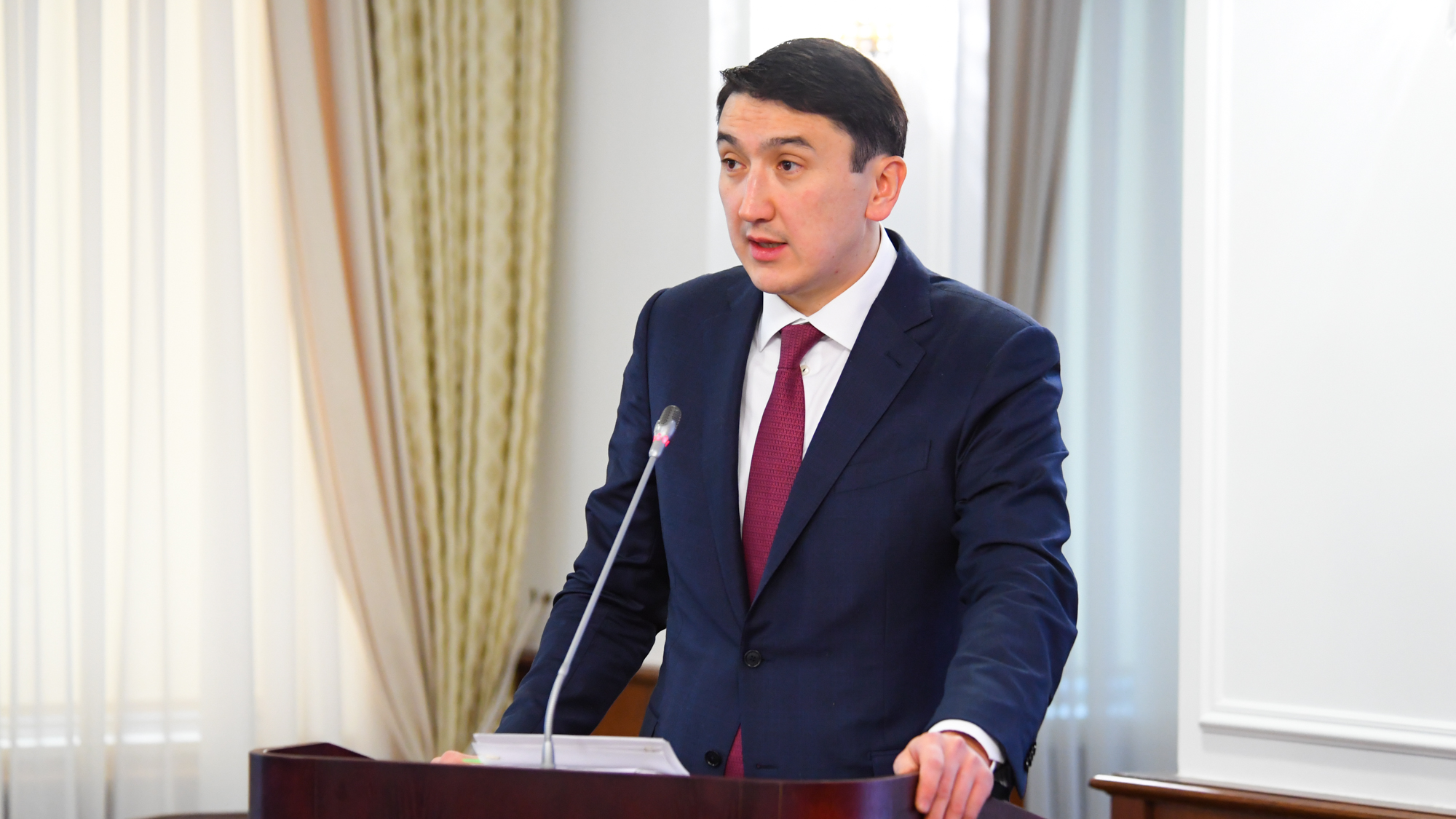 At the government session chaired by Prime Minister Askar Mamin, the Minister of Ecology, Geology and Natural Resources Magzum Mirzagaliyev, First Vice Minister of Industry and Infrastructure Development Kairbek Uskenbayev, akims of several regions reported on their preparedness for the upcoming flood period.

Reporting on the prevailing hydrometeorological conditions in river basins, Magzum Mirzagaliyev noted that the snow accumulation process will continue throughout March.

In turn, Kazhydromet will weekly from March provide basic hydrological forecasts with updates every 3 days. And also notify with storm warnings about the risks of flood threats in advance for 2-3 days at a rate of at least 6 hours in the event of sudden changes in weather conditions.

According to the synoptic forecast for March, air temperature and precipitation in most of Kazakhstan are expected to be higher than the climatic norm.

In order to prepare hydrotechnical structures of republican ownership for the passage of flood waters, the Ministry of Ecology, Geology and Natural Resources takes all necessary measures. Anti-flood commission established.

Based on the forecast, the reservoir operation schedules are adjusted to increase the additional free capacities.

All owners of hydraulic structures were sent recommendations on the implementation of appropriate measures for the safe passage of flood waters and the preparation of the necessary inert materials and equipment.

A hazard map has been compiled showing locations most at risk of an emergency.

“Given the significant amount of snowfall and in the case of a sharp increase in air temperature, we will be forced to carry out significant discharges of water from the reservoirs. In this regard, akimats need to take effective measures to prevent an emergency,” Mirzagaliyev noted.

He emphasized that in recent years serious attention has been paid to equipping the hydrometeorological service. This allows you to increase the coverage of hydrometeorological monitoring of the territory of Kazakhstan and improve the quality of synoptic and hydrological forecasts.

So, in recent years, 5 meteorological radars, 14 automatic weather stations and 42 gauging stations have been acquired.

The First Vice Minister of Industry and Infrastructure Development Kairbek Uskenbayev reported on the preparation of road infrastructure.

“In order to timely prevent and eliminate flood threats, the ministry is working on preparing roads and railways for the flood period of the current year. As part of the preparation of national roads, Flood control plans were approved and commissions were created at the central and regional levels from representatives of road services,” Uskenbayev said.

These activities include the identification and daily inspection of flood hazardous areas and road structures, the preparation of road and inert materials (sand, stone, bags, etc.) for flood and emergency operations, cleaning of the roadway, curbs, road structures from snow and ice, cleaning holes and channels of culverts, etc.

To date, the length of the republican network is 24.9 thousand km, where there are 1,277 bridges and 14,994 culverts. Of these, 464 hazardous sections, 66 bridges and 852 culverts, on which 883 units are secured, were taken under control. road maintenance equipment. The round-the-clock duty and daily patrols of roads and road structures have been organized.

For the timely organization of work during the flood period, road and inert materials have been prepared at the moment, including 644 tons of fuel and lubricants, 8.1 thousand m3 of sand, 6.8 thousand m3 of stone, 17.2 thousand m3 of crushed stone, 45,5 thousand bags, 25 reinforced concrete pipes. Overall readiness is 90%. Work has begun on clearing the holes of culverts and beds of the bridge zones from snow.

In general, when implementing flood control measures, the weather conditions of the regions, as well as the results of the flood period of previous years, are taken into account.

From an analysis of past years' experience in flood discharge, a list of 673 hazardous places (pipes, bridges, dredges) was determined for all regions. During the passage of flood waters, round-the-clock duty of responsible persons, additional rounds and detours of certain dangerous places are organized.

At the moment, 2,800 m3 of rubble stone and 8,000 pcs of substandard reinforced concrete sleepers have been prepared by track distances.

Together with territorial organizations, work is underway to check the status of reservoirs, agrotechnical dams, as well as to interact with regional divisions in emergency situations in the event of a difficult situation.

“Within the framework of the Roadmap 'A set of measures for the prevention and elimination of flood threats for 2017-2020,' the ministry envisages 23 events, of which, from 2017 to 2019, 22 events were carried out in the road industry at the expense of allocated funds for repair and maintenance highways. Preparatory work for the flood period is under special control of the ministry,” Uskenbayev said.

The Deputy Prime Minister Roman Sklyar, in turn, noted that flooding threats are under special control. All problematic issues were considered during a meeting of the Interdepartmental State Commission for the Prevention and Response of Emergencies. A protocol was signed. Interested central and local executive bodies have begun to implement the relevant instructions. The Ministry of Internal Affairs is entrusted with the coordination of flood control measures. At the same time, the central state bodies and akimats need to solve the existing problems in a short time.

“We keep the flood situation under control. Weekly, he will consider this issue in a selector mode,” Sklyar said in conclusion.

The akims of Akmola region Yermek Marzhikpayev, the Karaganda region — Zhenis Kassymbek, the city of Nur-Sultan — Altai Kulginov reported on measures to prevent flooding of settlements.