Rapid Government response and fulfillment of social obligations, or what was discussed at regular session of the Cabinet of Ministers 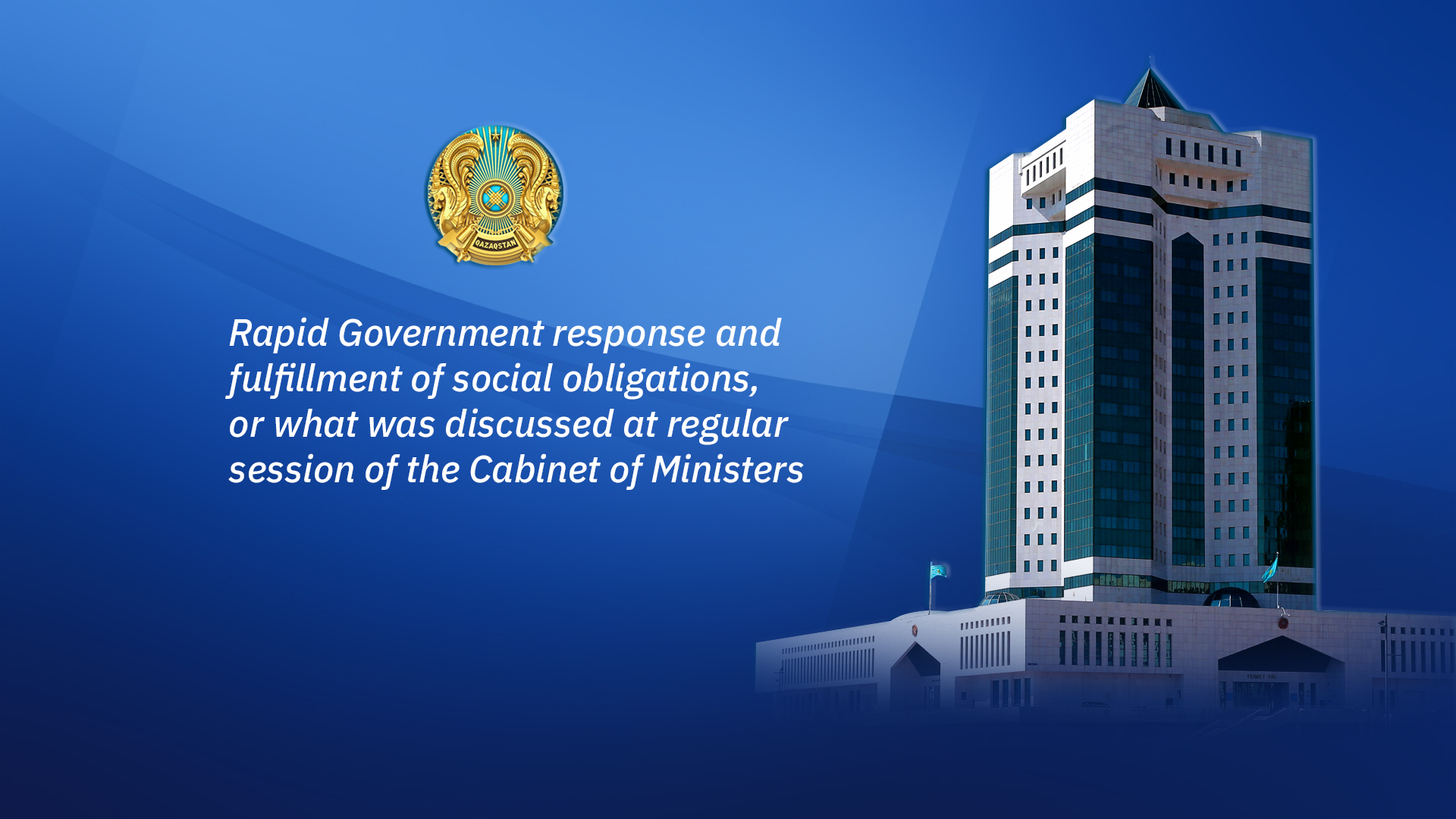 March 10, 2020, at the regular meeting of the Government, the results of socio-economic development of Kazakhstan and the implementation of the republican budget for January-February 2020 were summed up. Following the meeting, a press conference was held with the participation of Minister of National Economy Ruslan Dalenov, Minister of Labor and Social Protection of the Population Birzhan Nurymbetov and First Vice Minister of Finance Berik Sholpankulov. 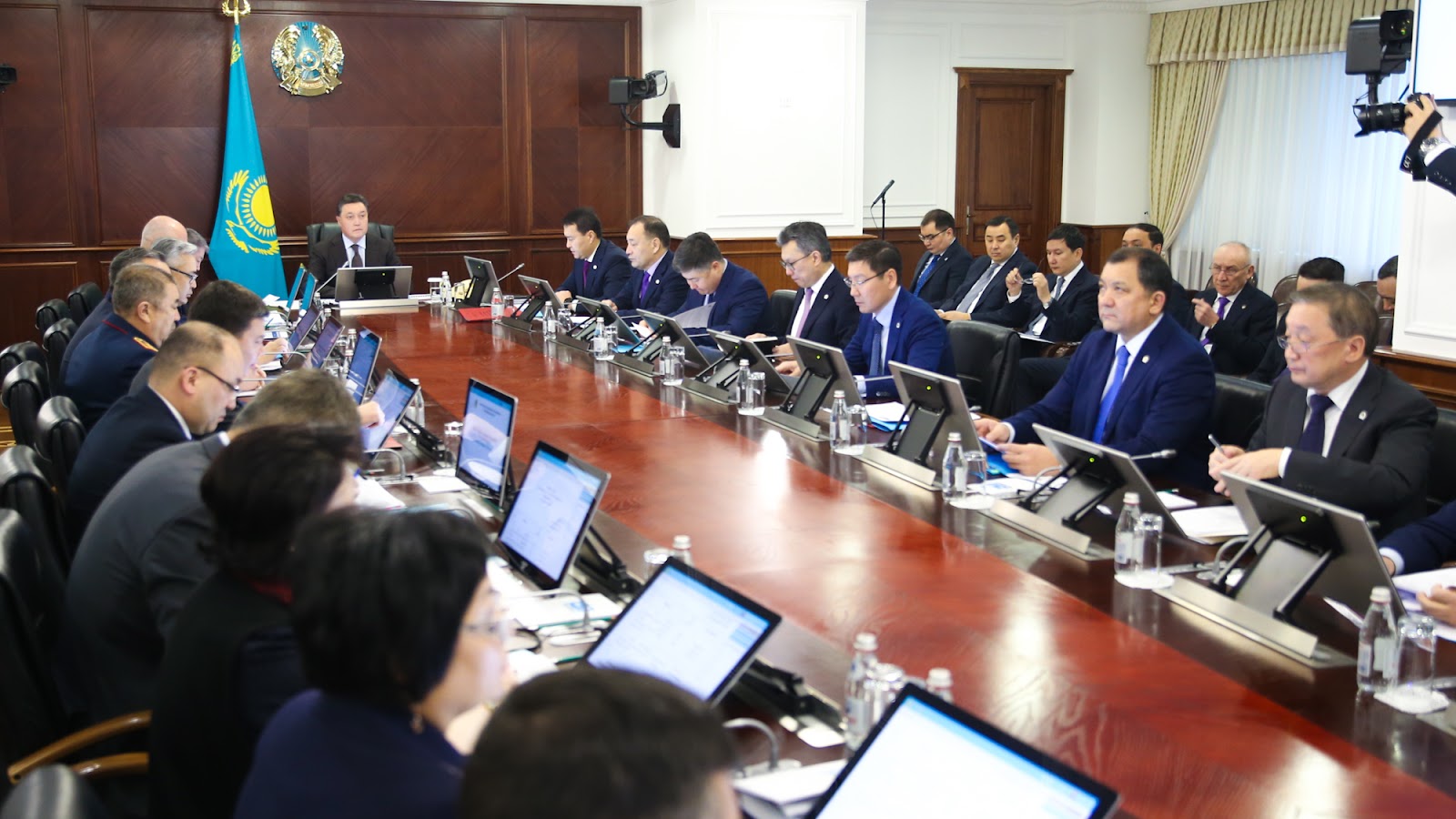 Minister of National Economy Ruslan Dalenov reported on the state of the economy according to the results of two months. He said that a significant decrease in oil and metal prices was observed on world commodity markets.

As of March 9, 2020, oil quotes were $34 per barrel. This is two times lower compared to the beginning of the year. At the same time, the intraday value reached $31 per barrel. Metal prices are also showing a decline. 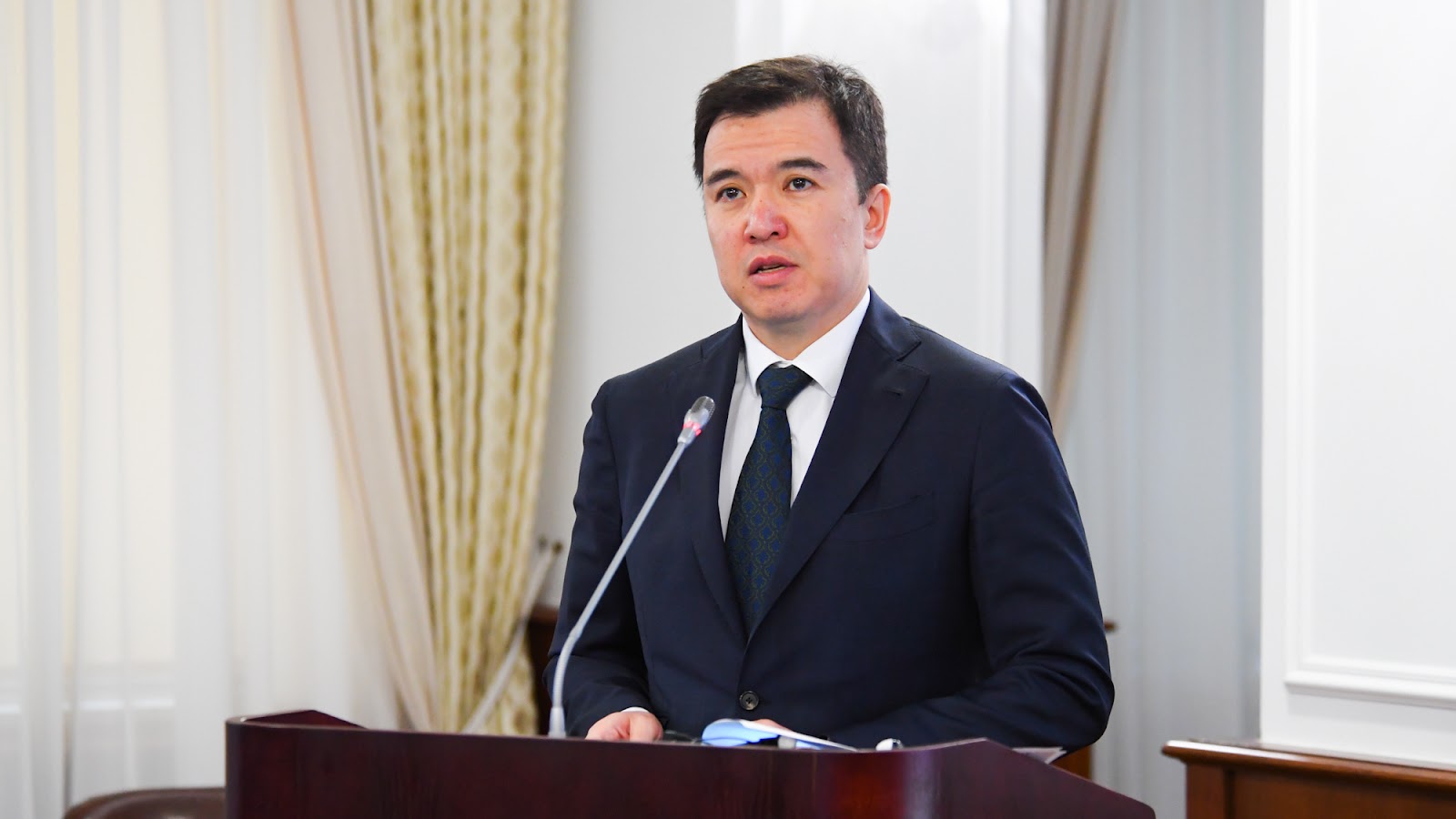 According to the minister, taking into account the external environment and external conditions, scenario forecasts for the development of the economy and the corresponding package of measures have been developed. Approaches to ensure a balanced budget were formed. In this case, the financing of social obligations of the state will be fully implemented.

“There are regional stabilization funds for food products. The situation on the labor market is being monitored. A pool of investment projects is being implemented. These measures are aimed at maintaining macroeconomic stability,” said the minister of national economy.

In general, according to the minister of national economy, following the results of two months of positive dynamics remain this year.

On Feb. 24, the situation changed dramatically against the background of the increasing influence of the spread of coronavirus on the world economy.

March 6, 2020, the OPEC + meeting did not agree on the terms of the deal to reduce oil production. Russia did not support the proposal to reduce production. Against this background, Saudi Arabia on March 8, 2020, announced a decision to reduce its oil prices for all regions of the world and its readiness to increase oil production from the current 9.7 to 12 million barrels per day. This has led to a significant decline in world oil prices.

Revenues of state budget for January-February 2020 implemented by 97.3%

First Deputy Prime Minister – Minister of Finance Alikhan Smailov said that state budget revenues for January-February 2020 executed by 97.3% of the plan for the reporting period, the republican — by 83%, local budgets — by 145.3%.

The incomplete execution of the republican budget revenues was affected by external factors. 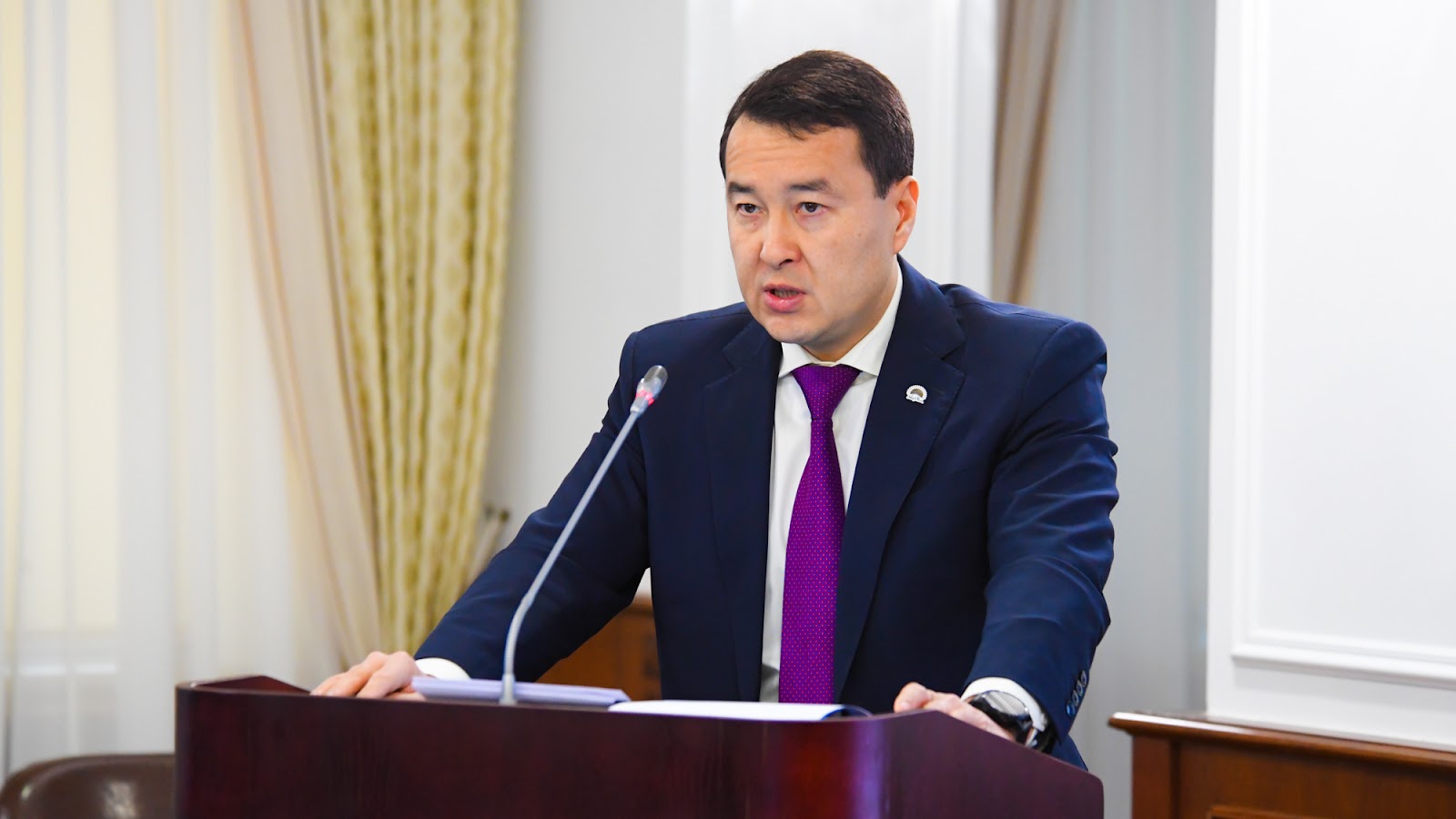 First, the situation with the coronavirus epidemic that broke out in China at the end of 2019 has a negative impact on VAT on imports.

As a result, customs duties and taxes from imports of goods from China decreased by 12%.

In general, for two 2 months of 2020, there has been a decrease in the number of vehicles by 24% and railway transport by 14% from China.

In addition, in February 2020, a 20% decrease in the number of vehicles importing goods from the EAEU countries was recorded.

In general, despite the negative influence of an external factor, it was possible to ensure the growth rate for VAT by 110.5% compared to the same period in 2019.

Smailov emphasized that in the current economic conditions associated with external factors, appropriate measures will be taken to ensure balance and sustainable development of the state budget.

First of all, the expenses of the republican budget will be optimized. Directions of optimization were defined.

First, the acquisition of expensive furniture and vehicles, seminars, forums and other fashion events.

For these costs, preliminary work has been carried out. The Roadmap has been approved with step-by-step actions of state bodies, regions and quasi-sector entities.

Second, expenditures, projects and activities that are not priority for the current conditions, which can be postponed to later dates, as well as new projects, including those that were included in the budget with suspensive conditions.

It was noted that the full implementation of social obligations will be ensured.

In addition, measures will be taken to index pensions, benefits, TSAs, taking into account the revision of the inflation corridor.

Also, a number of expenses tied to the tenge exchange rate will be required for indexation. These are government debt servicing, drug provision of the population within the guaranteed volume of free medical care, treatment of citizens of Kazakhstan abroad, training under the Bolashak program and several others.

Third, another direction in the framework of ensuring a balanced budget is the revision of the dividend policy of quasi-public sector companies.

In conclusion, Smailov noted that in April, in order to ensure the implementation of all response measures, it is proposed to prepare a draft specification of the republican budget.

This year, measures to ensure employment to reach 735 thousand people

The Minister of Labor and Social Protection of the Population Birzhan Nurymbetov informed that to preserve the purchasing power of recipients of pensions and benefits, from Jan. 1, 2020, the size of joint pensions as a result of annual indexation was increased by 7%, ahead of inflation by 2%, the growth of other social payments was 5% . 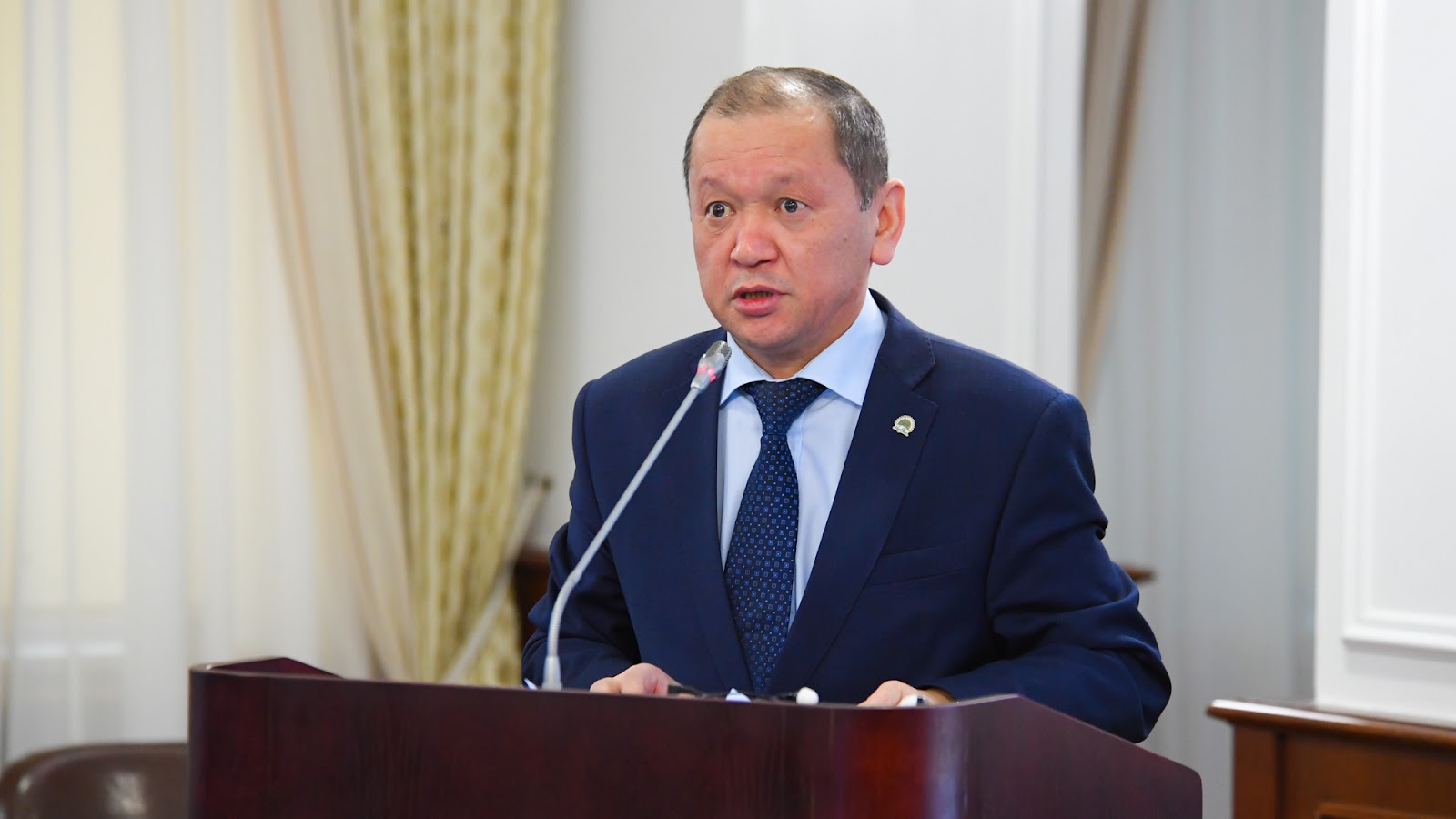 This year, measures to ensure employment are planned to reach 735 thousand people. The program provides for all anti-crisis response measures, such as retraining, including layoffs, soft loans and grants for the development of micro-business, employment for subsidized jobs.

For the implementation of these measures from the state budget for the current year, 123 billion tenge is provided.

First Vice Minister of Industry and Infrastructure Development Kairbek Uskenbayev reported that, taking into account changes in the external economic situation, the Government has now adopted a package of operational measures to stabilize the situation in the industry, aimed at: 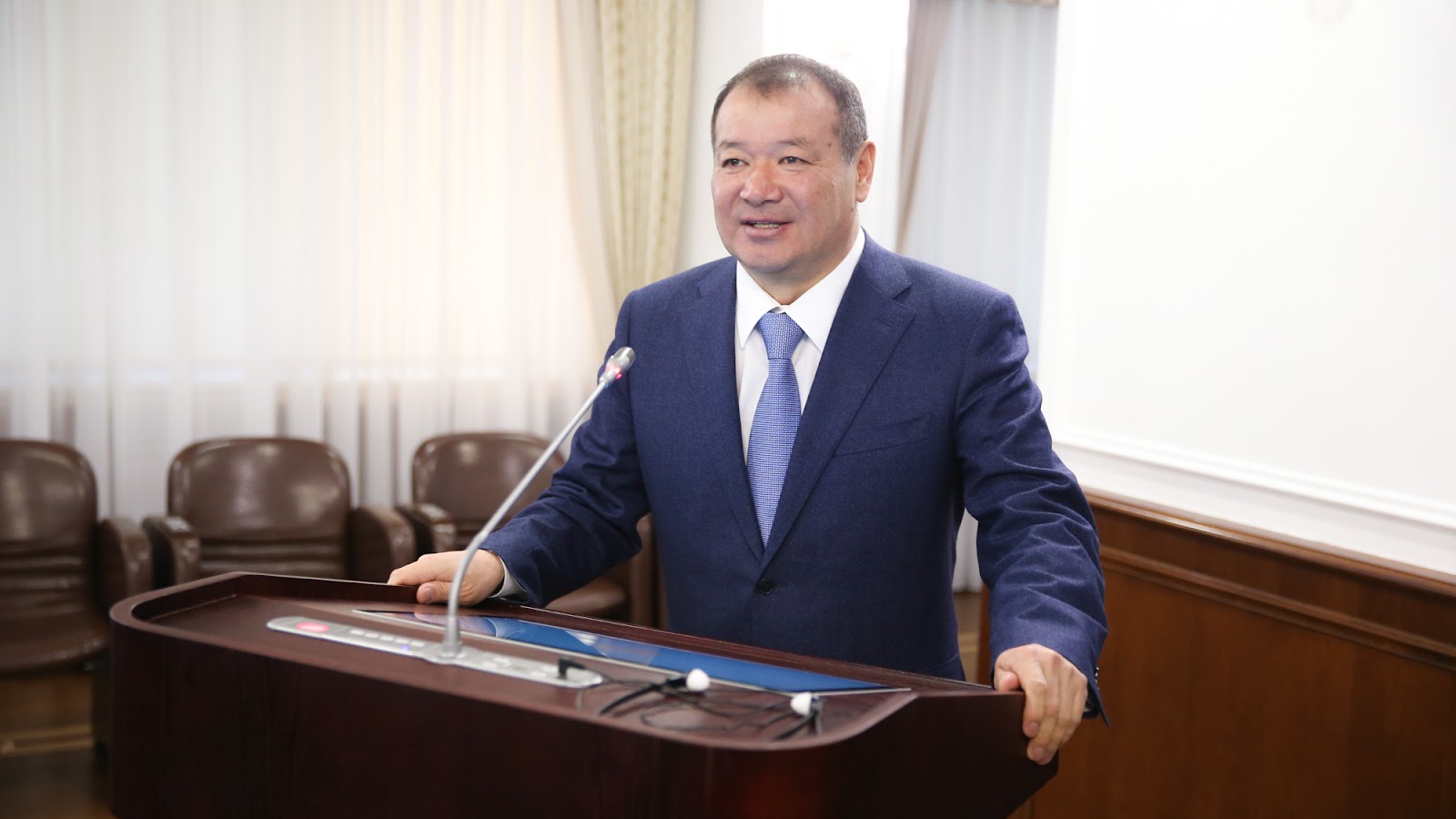 So, within the framework of the implementation of the state programs Nurly Zhol and Nurly Zher, emphasis will be placed on the maximum involvement of domestic enterprises in the supply of goods, work and services, which will ensure the loading of enterprises in the manufacturing sectors of building materials, metallurgy, chemistry and other related sectors.

Having heard the speakers, the Prime Minister Askar Mamin noted that the Republican Working Group for Rapid Response was formed by the Head of State. Corresponding working groups have been established in all regions. The Government has worked out several options for the further development of events, each of which is provided with the necessary resources, including financial ones. Several measures have been developed aimed at minimizing the effects of the negative external environment on the national economy.

“The main purpose of these measures is to maintain the welfare of the population. None of our citizens will be left in a difficult situation,” said Mamin.

The Head of Government instructed akimats to ensure the effective operation of stabilization funds for conducting commodity interventions in the markets for socially significant goods.

“We must use all available domestic reserves to stimulate demand for goods and services of domestic enterprises,” the prime minister said, instructing to develop a plan with specific measures to strengthen import substitution.

The prime minister instructed JSC SWF Samruk-Kazyna, national management holdings and other organizations accountable to the Government to coordinate their operations in the foreign exchange market with the National Bank.

The Ministry of Finance, together with state bodies, was instructed to make proposals within a week to revise the priorities of budget expenditures with the postponement of the implementation of non-priority investment projects.

The Head of Government instructed the Ministry of Labor and Social Protection of the Population to ensure timely social payments in full and to develop a new Employment Roadmap, under which to strengthen work on the implementation of infrastructure projects, the repair of social facilities and the improvement of settlements, as well as tight control together with akimats observance of labor rights of citizens.

“Our common task is to ensure social stability and employment. Particular attention must be paid to maintaining existing and creating new jobs. I emphasize that all social obligations of the state will be fulfilled. All pensions and benefits will be paid on time and in full,” summarized Mamin.

On the sidelines, Energy Minister Nurlan Nogayev spoke about further regulation of gas prices. According to him, gas prices will adjust the market. To date, all oil refineries are loaded with oil, there is the required amount of oil products. 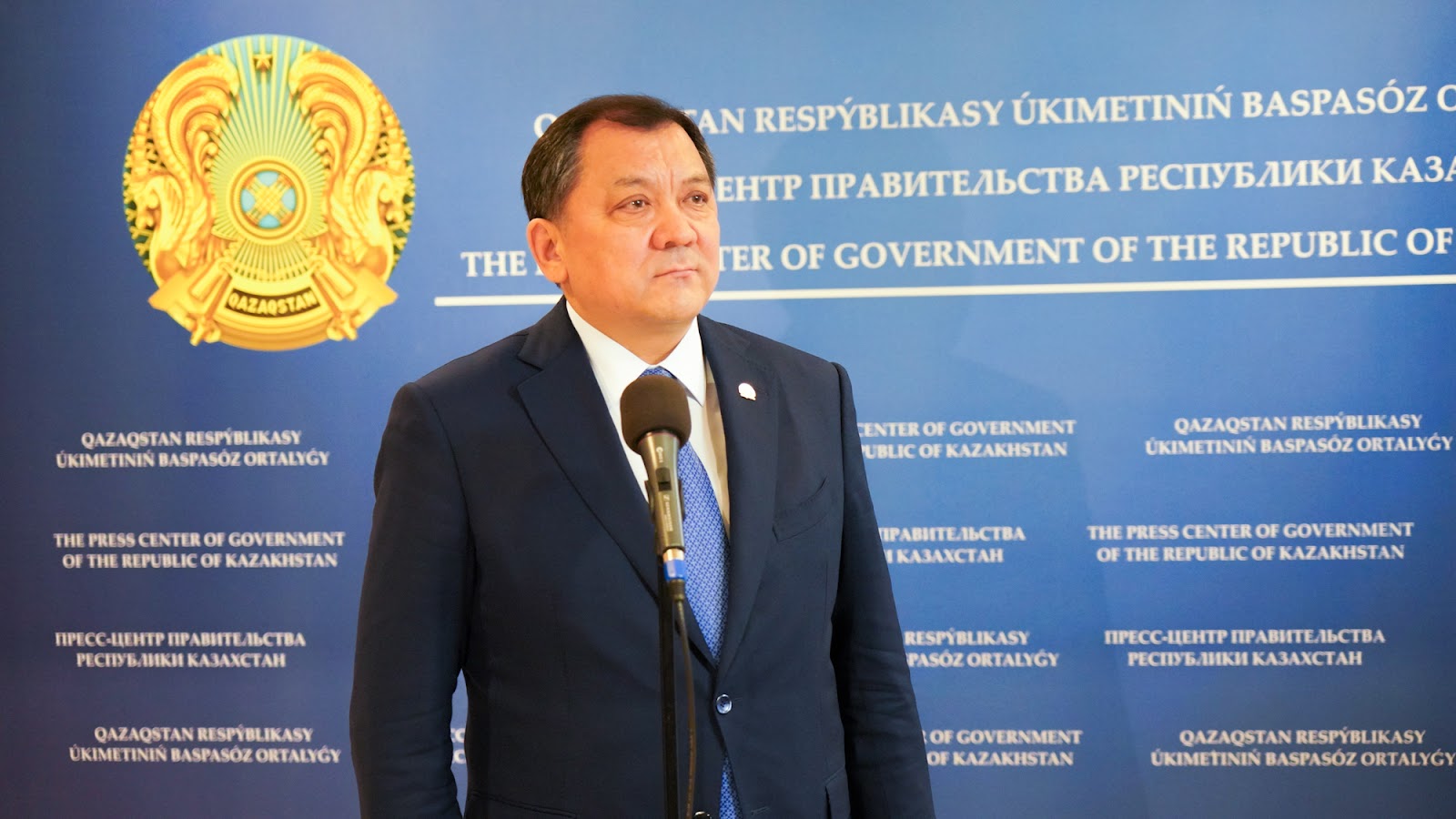 “There is no cause for concern. For several years, gas prices have been regulated by supply and demand. The responsibilities of the ministries include ensuring the loading of the required quantities of oil and providing the market with the necessary amount of fuels and lubricants, which we do. Today, all oil refineries are operating normally, there is no failure,” Nogaev said.

The minister stressed that today the required amount of oil of appropriate quality is being supplied.

Following the meeting, a press conference was held where heads of departments of the economic and social bloc answered the questions of journalists. 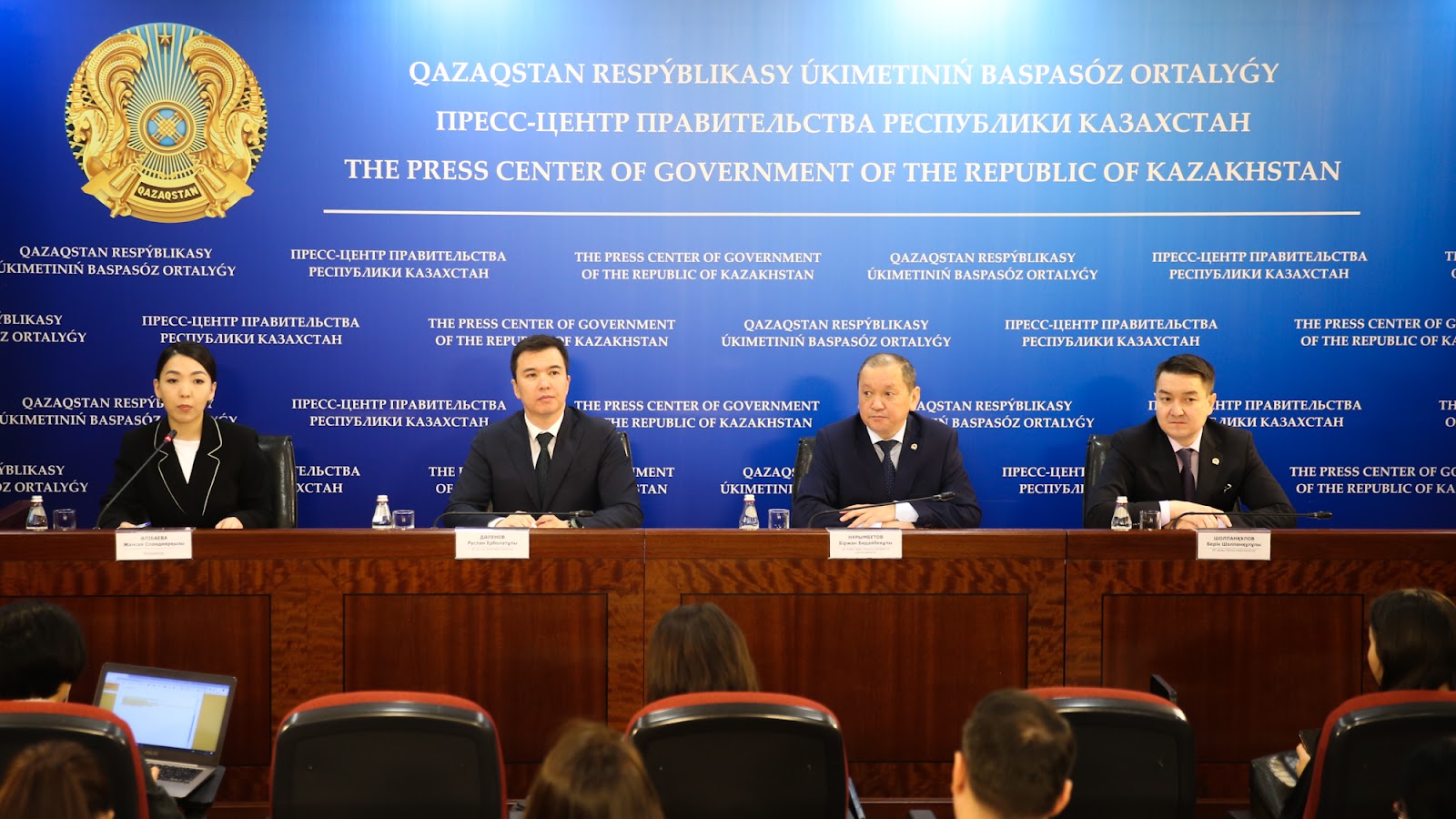 Minister of Labor and Social Protection of the Population Birzhan Nurymbetov told how social payments to the population will change in connection with the economic situation in the world. 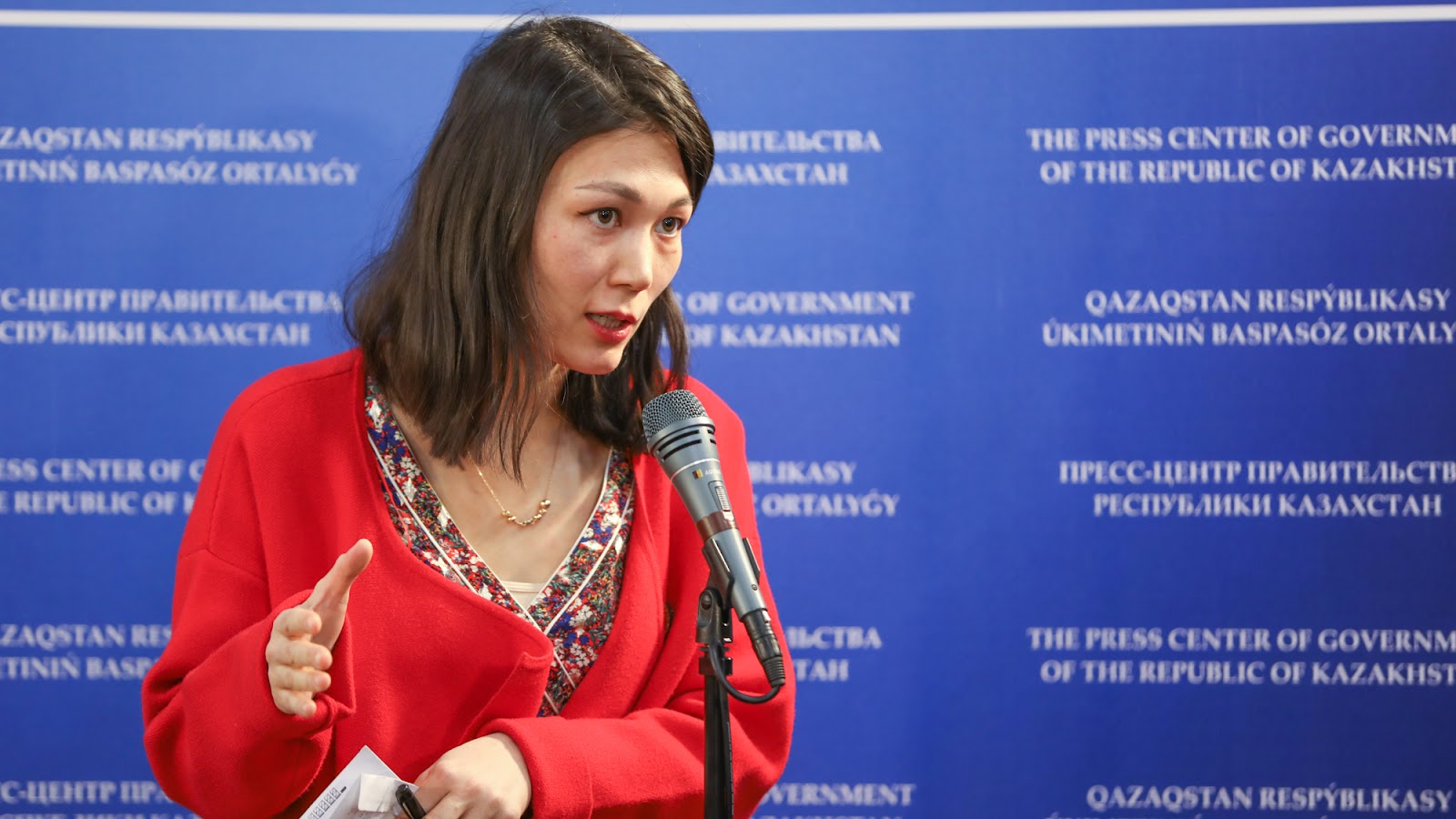 “Despite the situation developing on the foreign market and affecting the economy of Kazakhstan, the state will fully fulfill all social obligations to the country's population. In Kazakhstan — more than 4 million pensioners and recipients of various benefits. 3.4 trillion tenge is provided for these purposes,” the minister said. 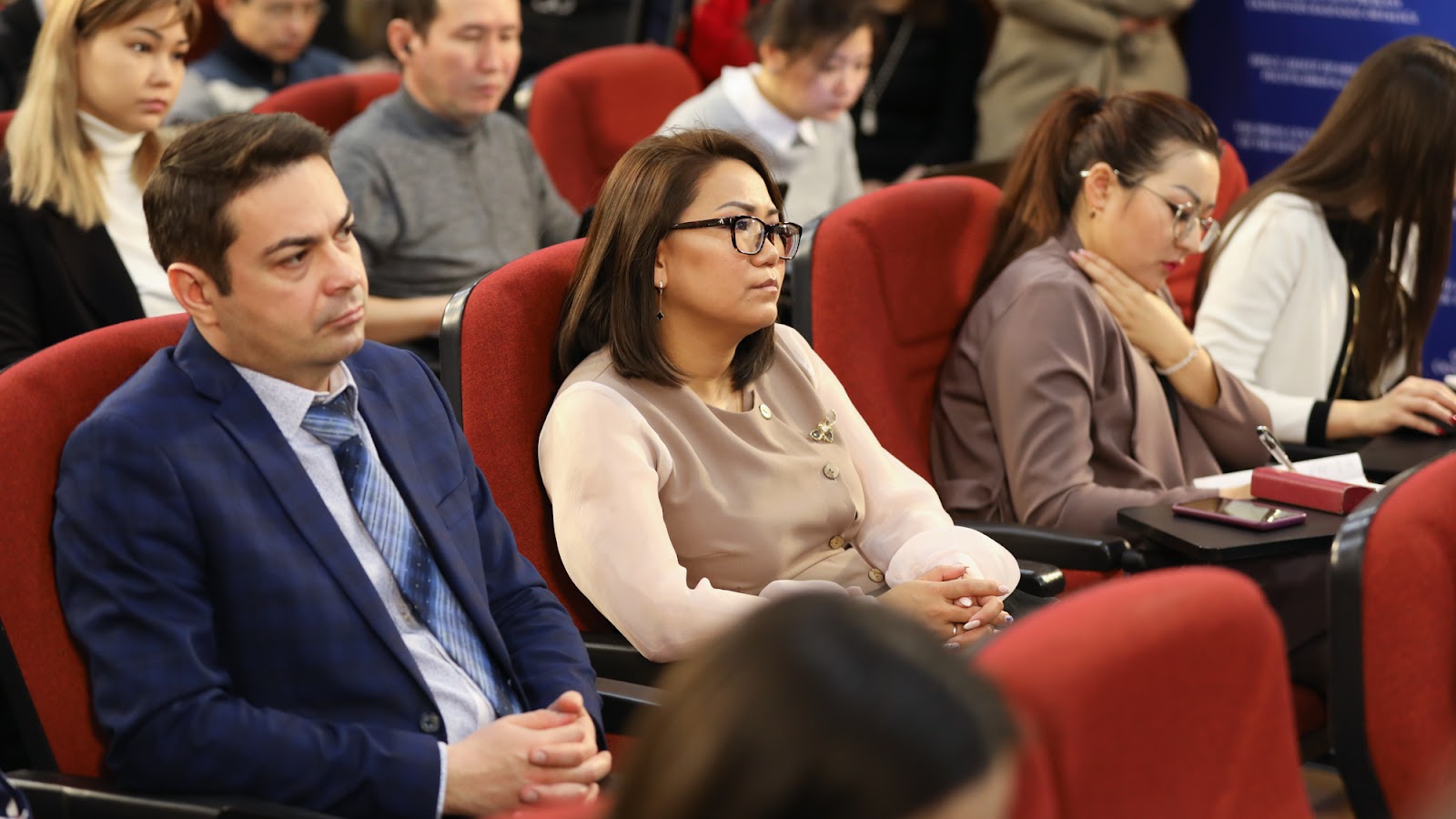 Moreover, he noted that social benefits will not be reduced in the coming years, nor will the wages of Kazakhstanis be reduced. Salaries will be paid on time. As for the increase in the salary of employees of budgetary organizations, this year it will depend on the capabilities of the budget. 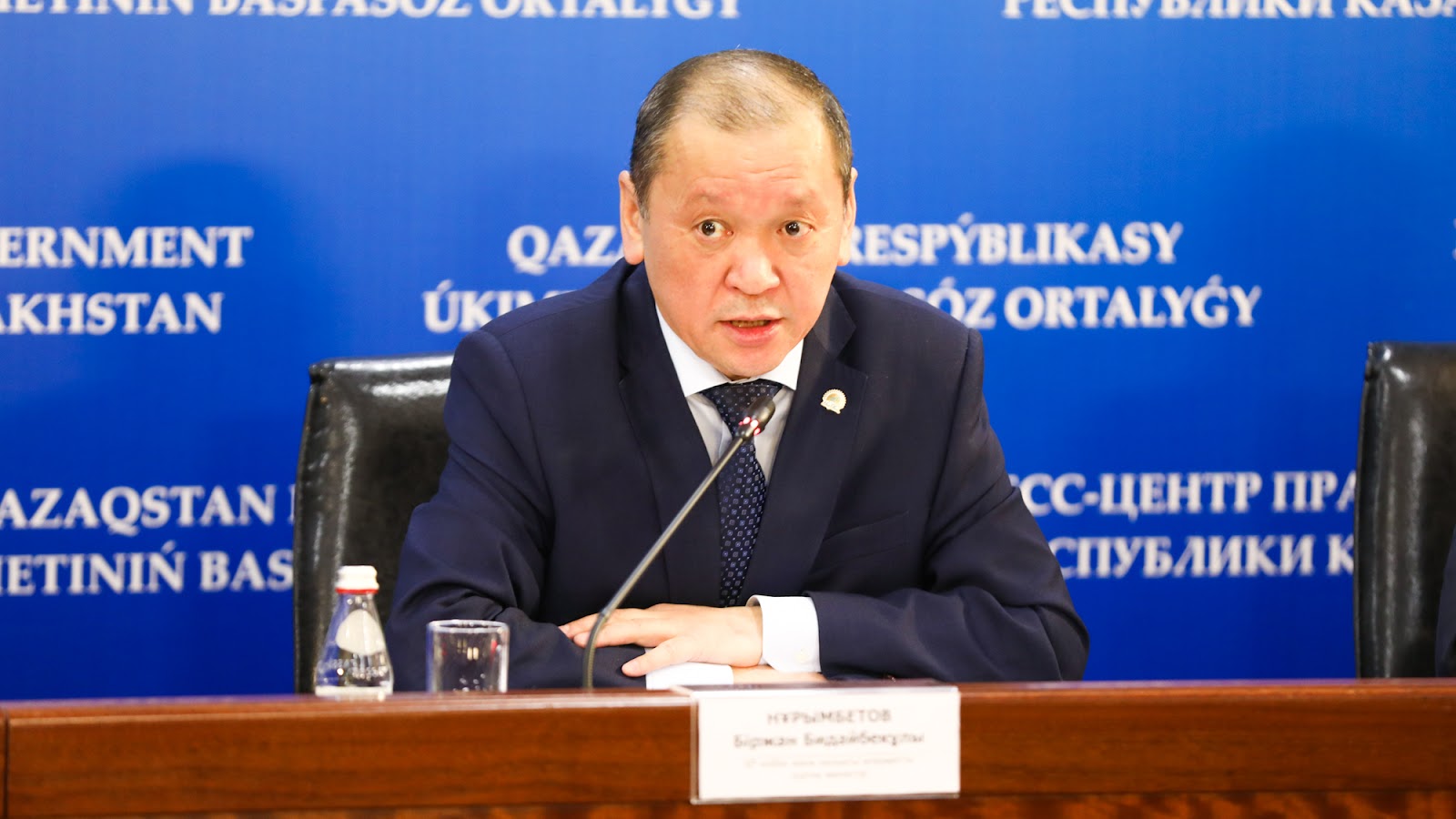 Speaking about private organizations, Birzhan Nurymbetov noted that encouraging them to index and raise wages would most likely be problematic. At the same time, the main task of the Government will be the preservation of jobs, the timely payment of current wages.

Answering questions from journalists, the Minister of National Economy Ruslan Dalenov stressed that the prices of food and non-food domestic products will not be changed.

“Most of the food products are domestic — produced here, tied to local resources. Therefore, as a result of changes in the dollar to tenge, there should not be any changes. Other factors, of course, can affect food prices: seasonality, product barriers, lack of competition, collusion. But for those resources, for those products that are produced from internal resources, the influence of the external and dollar rates is limited,” the minister said. 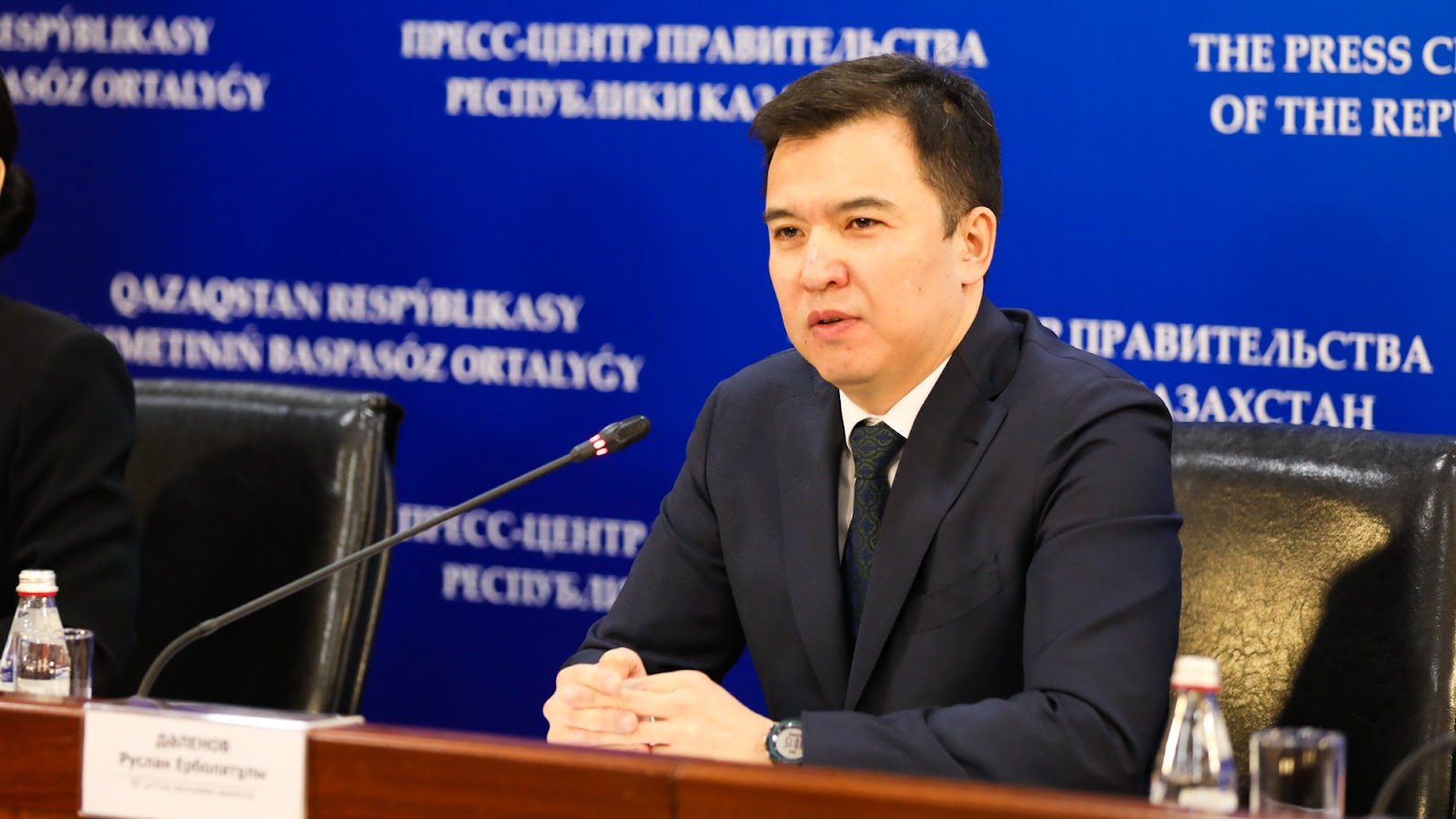 As for non-food products, the rate may affect such products.

“Non-food products, including equipment, electronic equipment, pharmacy, where domestic production is absent or not up to standard, of course, the course will have an effect. But here we went through it in 2009 and 2016. Firstly, there is a contracting institution in the field of pharmacy. A single distributor has already contracted the main products. As for electronics, global brands take into account the local component in advance that the price should correspond to the internal capabilities of demand. Therefore, for non-food products in the field of electronics, as a rule, prices for electronics remain in the same ranges,” the minister explained. 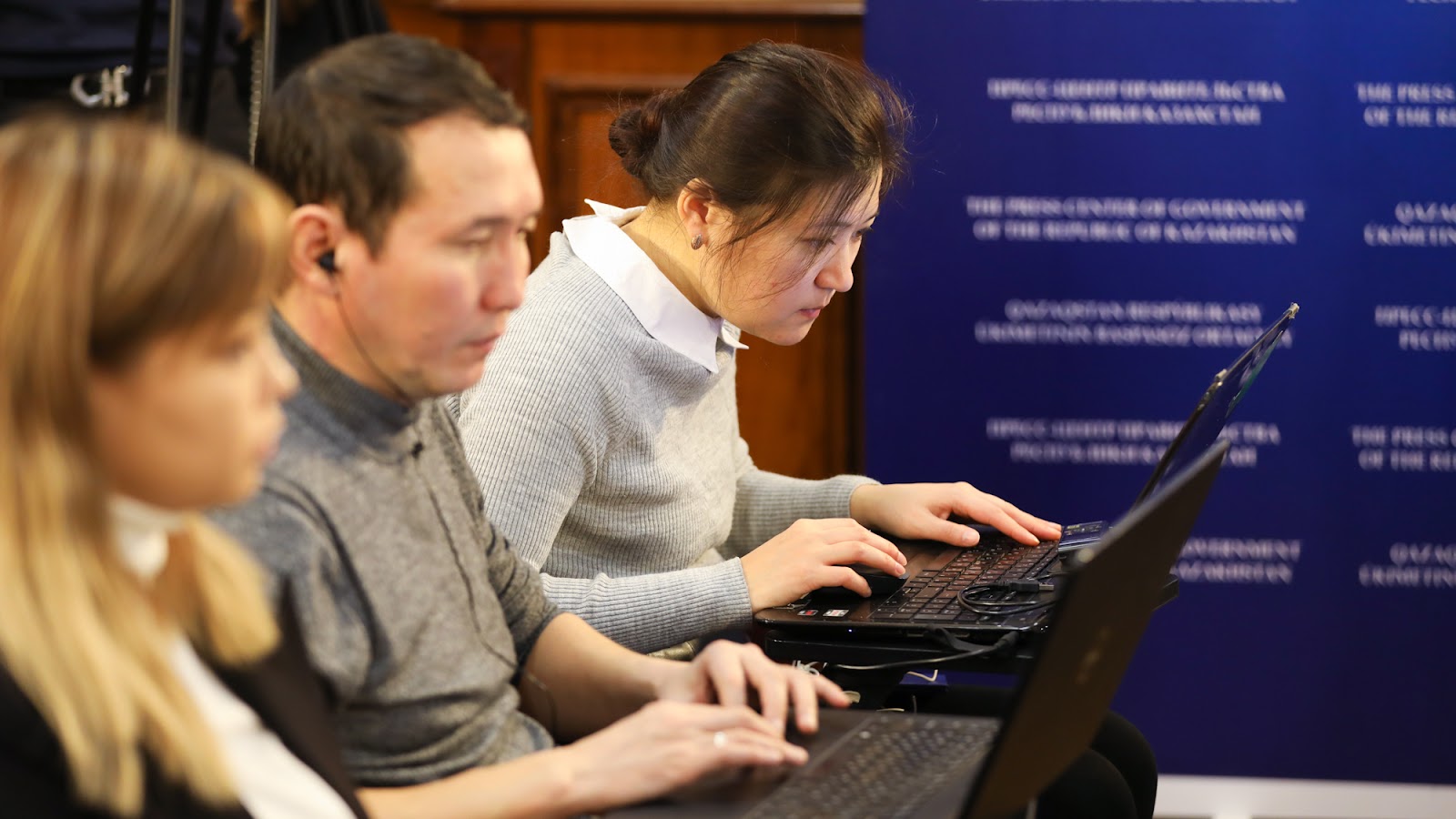 In turn, the First Vice Minister of Finance Berik Sholpankulov explained that in 2020, an amount of 4 trillion 816 billion tenge is planned from the oil sector, which will be sent to the National Fund. 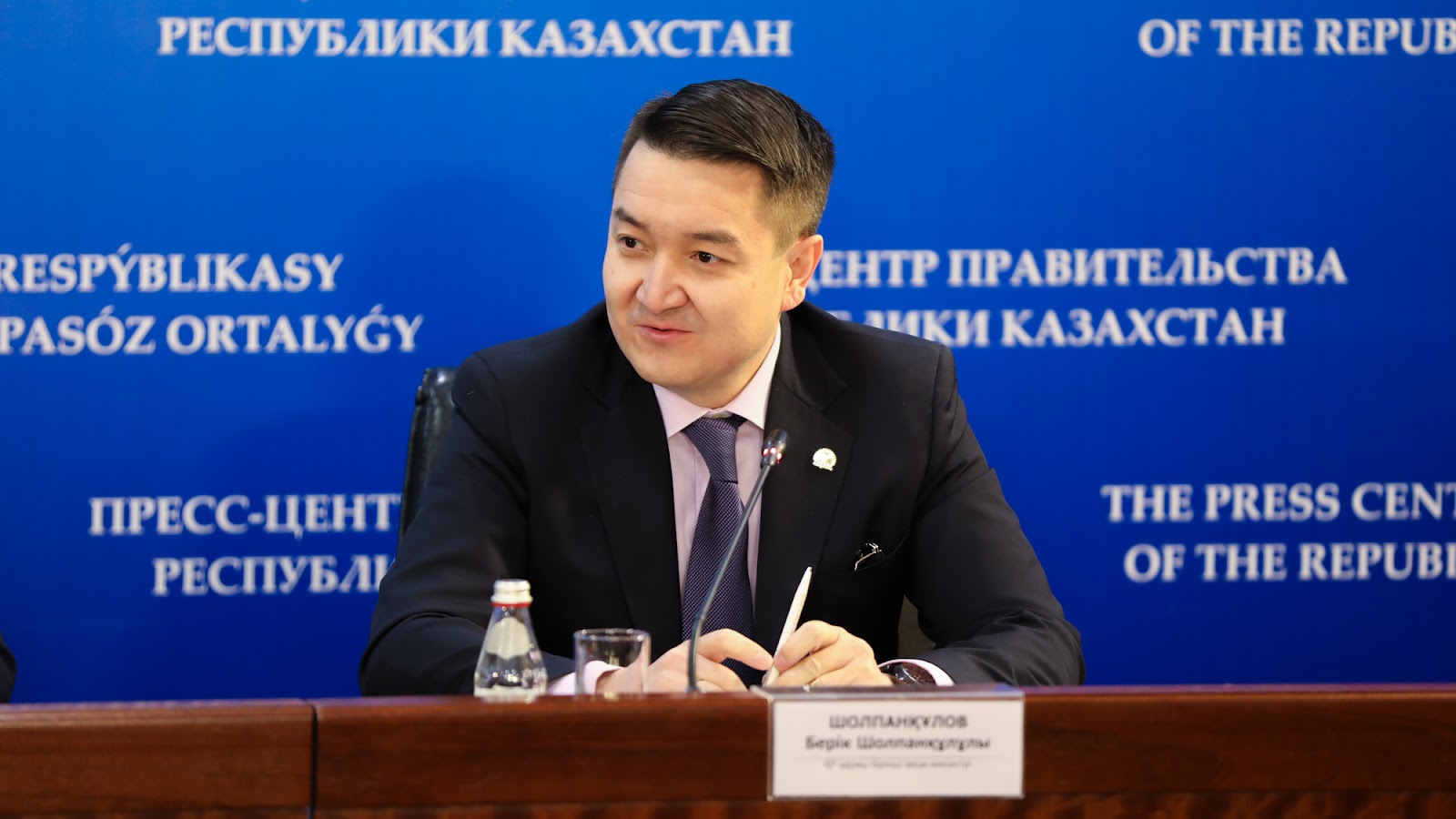 “Revenues in the amount of 1 trillion 19 billion tenge in the form of export customs duty come to the republican budget. If the oil price is below $25, these payments will be zero, that is, they will not be received. The remaining payments go to the National Fund,” Sholpankulov informed. 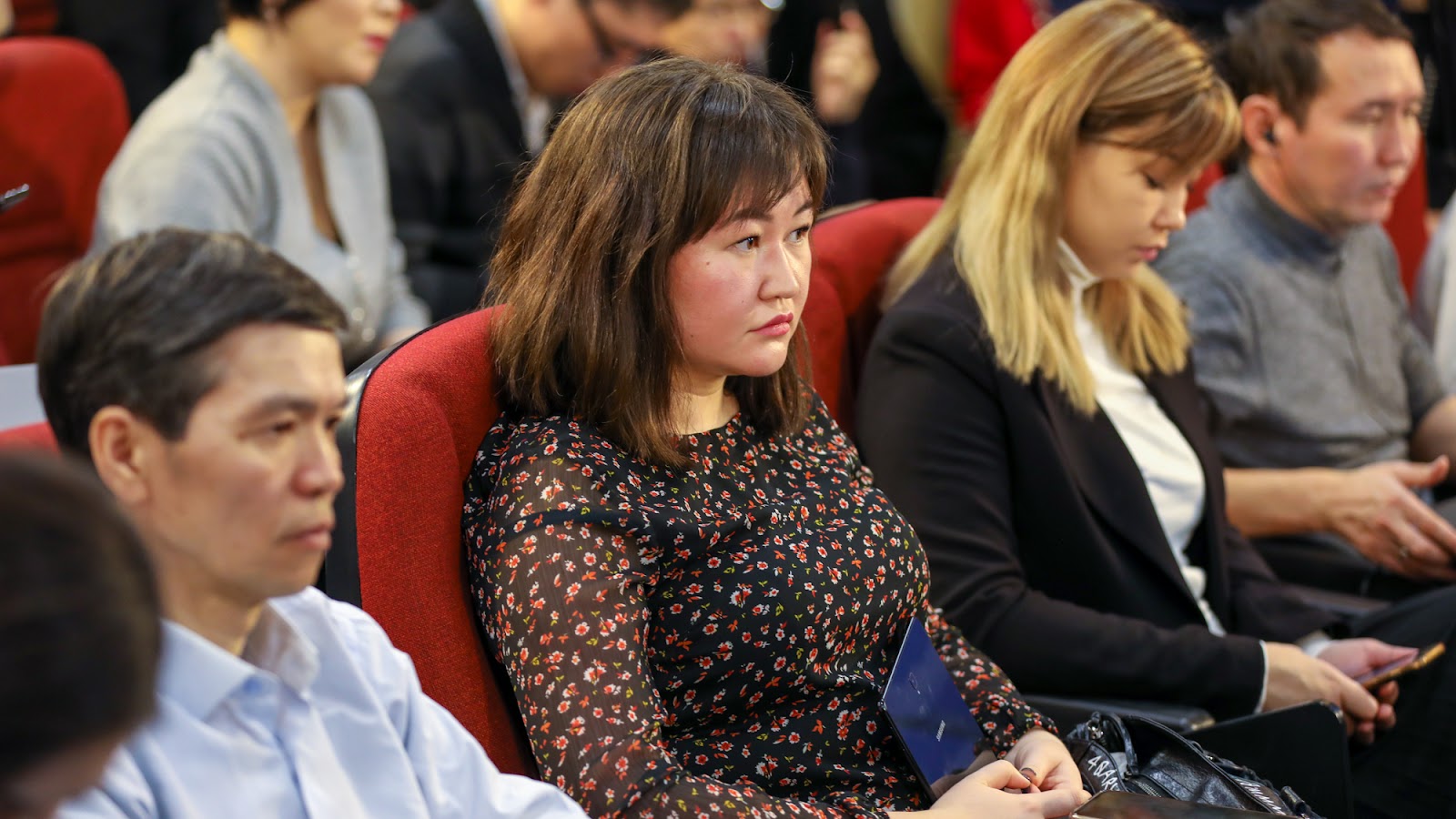 In terms of budget refinement, measures will now be taken to optimize costs.

“In past years, the price of oil fell below $30 per barrel and the budget of the Republic of Kazakhstan very easily and quickly coped with this task, due to the fact that the anti-crisis plan was timely adopted. All the relevant calculations are already ready, we are waiting for the results of the first quarter,” summed up the first vice minister.