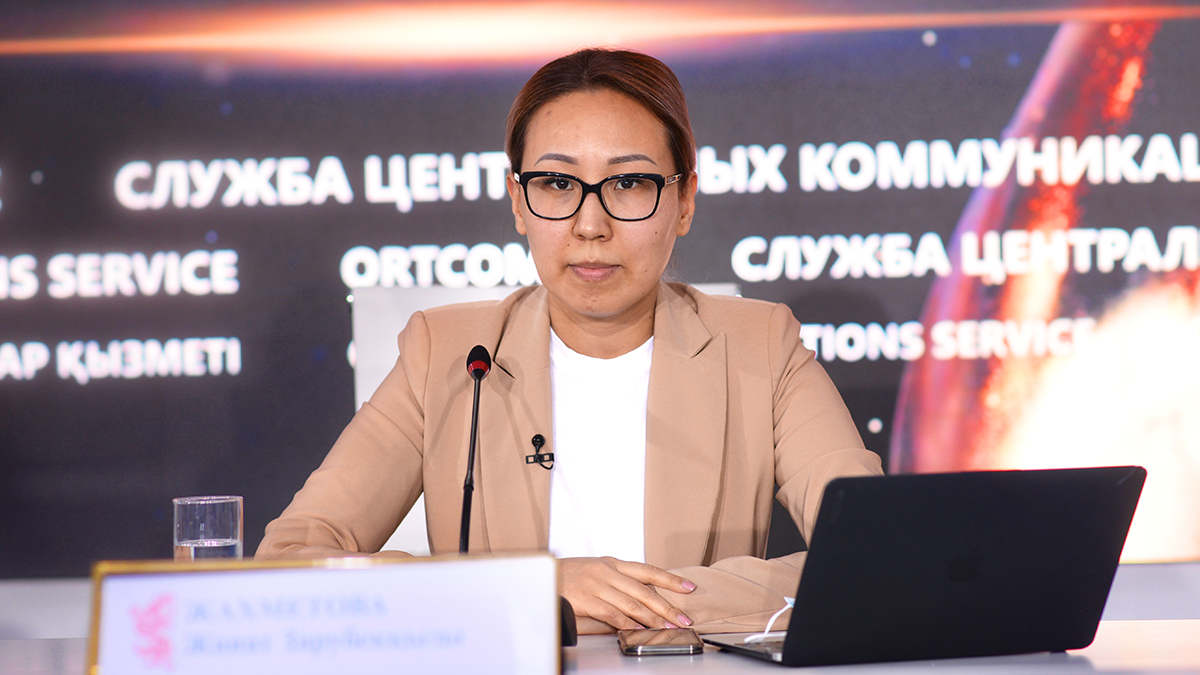 Today at the platform of the Central Communications Service under the President, Vice Minister of Energy Zhanat Zhakhmetova and Director of Subsoil Use Department of the Ministry of Energy Kayirkhan Tutkyshbayev spoke about holding auctions on granting subsoil use rights for hydrocarbons.

In accordance with the adopted amendments to the Code of the Republic of Kazakhstan "On Subsoil and Subsoil Use", the ministry approved the rules for holding an auction using the Internet resource of the operator of electronic auctions for granting the right to subsoil use for hydrocarbons in electronic form.

According to the Vice Minister of Energy Zhanat Zhakhmetova, in order to save budgetary funds, it was decided to use the existing objects of informatization (platforms) with the necessary functionality. In accordance with the "Criterion for determining the operator of electronic auctions for the provision of subsoil use rights for hydrocarbons", the operator of the electronic auction was determined — JSC Information and Accounting Center, with 100% state participation in the authorized capital.

1) not be at the stage of liquidation, reorganization or bankruptcy;

2) not to have outstanding debts on taxes and other obligatory payments to the budget;

3) in case of obtaining the right to subsurface use for exploration and production of hydrocarbons — to have financial resources sufficient to meet the minimum requirements for the volume and types of work on the subsurface site during the exploration period.

The period for consideration of the application by the Competent Authority is no more than 20 working days.

“In case of a positive result, we publish a notice on our Internet resource, where we indicate for which sites an electronic auction is possible, indicate the name of these sites, indicate their coordinates, date and time of the electronic auction. Also, in the notification, we prescribe a starting bonus for each site and the conditions that we set for a potential subsoil user. This is training of Kazakhstani personnel, R&D costs, as well as local content,” explained Zhakhmetova.

The next step is to apply for participation in the auction. When the competent authority has published the notice of the auction, the time period provided for the subsoil user to submit an application to participate in the auction is 2 months from the date of publication of the notice.

“When submitting this application, the applicant pays a participation fee. This year the contribution is 100 MCI (about 277 thousand tenge). The participation fee is paid to the operator, and the operator, in turn, transfers this money to the state budget within three working days. This year's payment can also be made electronically through the e-Government payment gateway,” the vice minister explained.

The applicant, through the Operator's system, submits an application for an auction to the competent authority.

The application for participation in an auction for granting the subsoil use right for hydrocarbons is considered within 10 working days from the date of its receipt by the competent authority.

By the decision of the Commission for Granting Subsoil Use Rights for Hydrocarbons on the basis of the Register of Auction Results, which is formed by the system after the end of the auction, the winner of the auction is the participant who offered the largest amount of the signature bonus.

The results of the auction are published on the Internet resource of the competent authority within 3 working days from the date of the auction.

“All 10 sites put up for auction are partially or completely located on the territory of the Atyrau region of Kazakhstan. In addition to the Atyrau region, the plots in the boundaries of the West Kazakhstan and Aktobe regions were also included,’’ Zhakhmetova clarified.

In general, in 2020 in Kazakhstan, an electronic auction was set up for 10 oil and gas subsoil areas with a total starting size of a signature bonus of 400 million tenge.

Currently, more than 30 applications for participation in the auction have been received.

The total area of ​​the sites proposed by the state for the development and production of hydrocarbons is about 29 thousand square meters.

Information about the launch of the auction was published in a number of Kazakhstani mass media and on information resources of Russia, Ukraine and Azerbaijan.

From Sep. 1, 2020, persons interested in obtaining the right to subsurface use can apply for an online auction.

“The auctions will be held on the electronic site www.gosreestr.kz. The Portal has a wealth of experience and practice in conducting such auctions. There are more than 80 thousand bidders in its database today. I would like to note that the Code provides for the participation of both individuals and legal entities — residents and non-residents of the country. In this regard, due to the automation of the application process, the volume of attached documents has been reduced several times and the possibility of requesting data from other information systems of state bodies has been implemented,” the vice minister explained.

Electronic bidding is scheduled for Dec. 23, 2020, (applications for participation are accepted until Nov. 29). These sites will be the first to be developed electronically. Until now, the auctions were held "face-to-face", and the participants had to visit the auction rooms, even if a foreign company applied for the development. Now, under conditions of quarantine and the cancellation of most international flights, bidding will be conducted electronically. This saves both government agencies and businesses from significant transaction costs.

At the same time, the director of the Department of Subsoil Use Kaiyrkhan Tutkyshbayev said that the last time the auction was held in 2018. As a result of the auction, the winners were identified in nine areas. The total amount of the signature bonus was about 1.5 billion tenge, 3 thousand new jobs were created.

Kaiyrkhan Tutkyshbayev noted that reserves on the state balance sheet have not been approved for 10 sites put up for auction this year.

“These plots are being put up for auction through our applications. Therefore, today they are absent from the state balance sheet. If an individual or legal entity that has received a contract discovers reserves at an oil field, he will put it on the balance sheet and receive a pre-emptive right to conclude a contract for its further production,” Tutkyshbayev said.

According to the speaker, the size of the initial subscription bonus, according to the Tax Code, is calculated using a formula. If there are no reserves, it is 200 MCI. And it can be considered a signature bonus.

Zhanat Zhakhmetova noted that the Ministry of Energy of the Republic of Kazakhstan is carrying out digitalization activities within the framework of the state program ‘Digital Kazakhstan’. One of the projects is the provision of subsoil use rights in electronic format. In the oil and gas industry, work is now underway to create an information system for accounting for oil. It will be a very large information system, where it is planned to digitize data on oil production, transportation and refining.

There are also a number of other events in the energy sector. An electronic auction for renewable energy has been in operation since 2019. Work is underway to automate services for concluding contracts, concluding additions to these contracts, granting the right to subsoil use to a third party.

“We must automate almost all the functions performed by the Ministry of Energy within the framework of the Digital Kazakhstan state program,” Zhakhmetova stressed.

At the same time, the vice minister of energy noted that digitalization has shown its effectiveness during the pandemic.

The main goal of digitalization, especially in the energy industry, is to optimize costs and increase the oil recovery factor, thereby increasing productivity.

At the same time, the Ministry of Energy sets itself two goals for digitalization. This is the automation of functions and services and assistance in digitalization for subsoil users and companies.