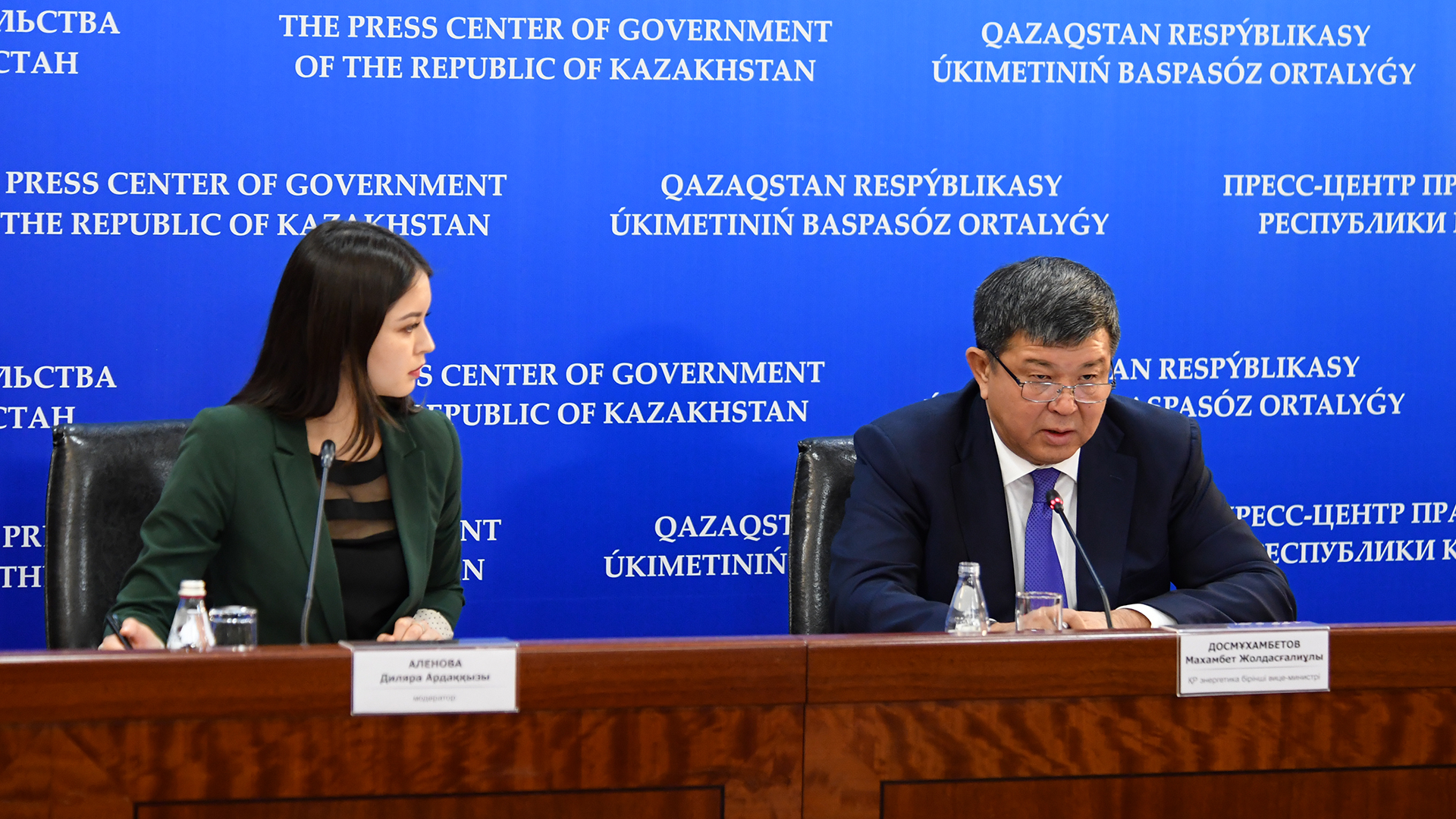 First Vice Minister of Energy Makhambet Dosmukhambetov spoke about the implementation of investment projects in the oil and gas industry during a press conference at the site of the Government press center.

According to Dosmukhambetov, a number of investment projects are being implemented in the oil and gas industry in production, processing, production, and infrastructure.

As a result, according to forecasts of the Ministry of Energy of the Republic of Kazakhstan, by 2025 the annual volume of oil production in the country is expected to reach 105 million tons.

“It is important to note here that in connection with the upcoming increase in oil production at the Tengiz and Kashagan fields, the issue of implementing a project to increase the capacity of the main pipeline of the Caspian Pipeline Consortium (the country's main export route) in the Kazakhstan section to 72.5 million tons / year is being considered,” said Dosmukhambetov. The project consists in eliminating the bottlenecks of the Karachaganak refining complex to increase its capacity, including for Tengiz up to 43.5 million tons / year.

“As you know, today the main suppliers of oil for refining for these refineries are carried out from the fields of Aktobe and Kyzylorda oblasts. Therefore, the project is of strategic importance and is aimed at ensuring the loading of refineries. The project will be completed in 2020,” the first vice minister informed.

Along with the development of oil production and the expansion of the oil transportation infrastructure in the exploration sector, the investment attractiveness of the industry has been improved to replenish the resource base.

In 2017, legislative reforms were carried out and the new Tax Code and the Code on Subsoil and Subsoil Use were adopted.

Simplification of regulation of the sphere of subsoil use and the creation of preferences for exploration at sea made it possible to intensify the implementation of offshore projects. As part of the implementation of offshore projects, up to 2025, the expected volume of investments under the Isatai, Abay, and Zhenis projects will be about $136 million.

Along with offshore projects, it is planned to intensify exploration in promising little-studied territories of Kazakhstan.

The Ministry of Energy, together with the Ministry of Ecology, Geology and Natural Resources, is planning to adopt a Geological Exploration Program for 2021-2025 in 2020. The most promising basins for further study are identified: the Aral, Syrdarya, Shu-Sarysuysky, Severo-Turgaysky, Irtysh.

Due to the increase in the degree of knowledge, it is expected to attract private investment in subsoil use in the future.

In 2018, in the refining industry at the Pavlodar and Atyrau refineries, as part of the digitalization, an automated control system for maintenance and repair of equipment (PM) was introduced.

This system allowed to increase the overhaul period of the plant. The main effect of the project:

2. Reduction of repair costs up to 10% of existing costs;

3. An increase in processing volume by an average of 300 thousand tons per year due to the reduction of downtime and stops for overhauls.

This year it is expected to introduce a maintenance system at the Shymkent plant.

In petrochemical chemistry, projects are underway to build complexes for the production of polypropylene and polyethylene in the Atyrau region. The implementation of these projects will allow the country to become one of the largest producers of polymers from neighboring countries. The investment volume for the two projects is $9 billion. At least 3,000 jobs are created during construction and 1,000 permanent ones at the operational stage.

According to the Polypropylene project, construction is on schedule and will be completed in 2021.

The Polyethylene project is being implemented jointly with the world's largest producer of polyethylene Borealis. By the end of the year, the signing of the Intergovernmental Agreement and the Agreement on Government Support for the Project is expected.