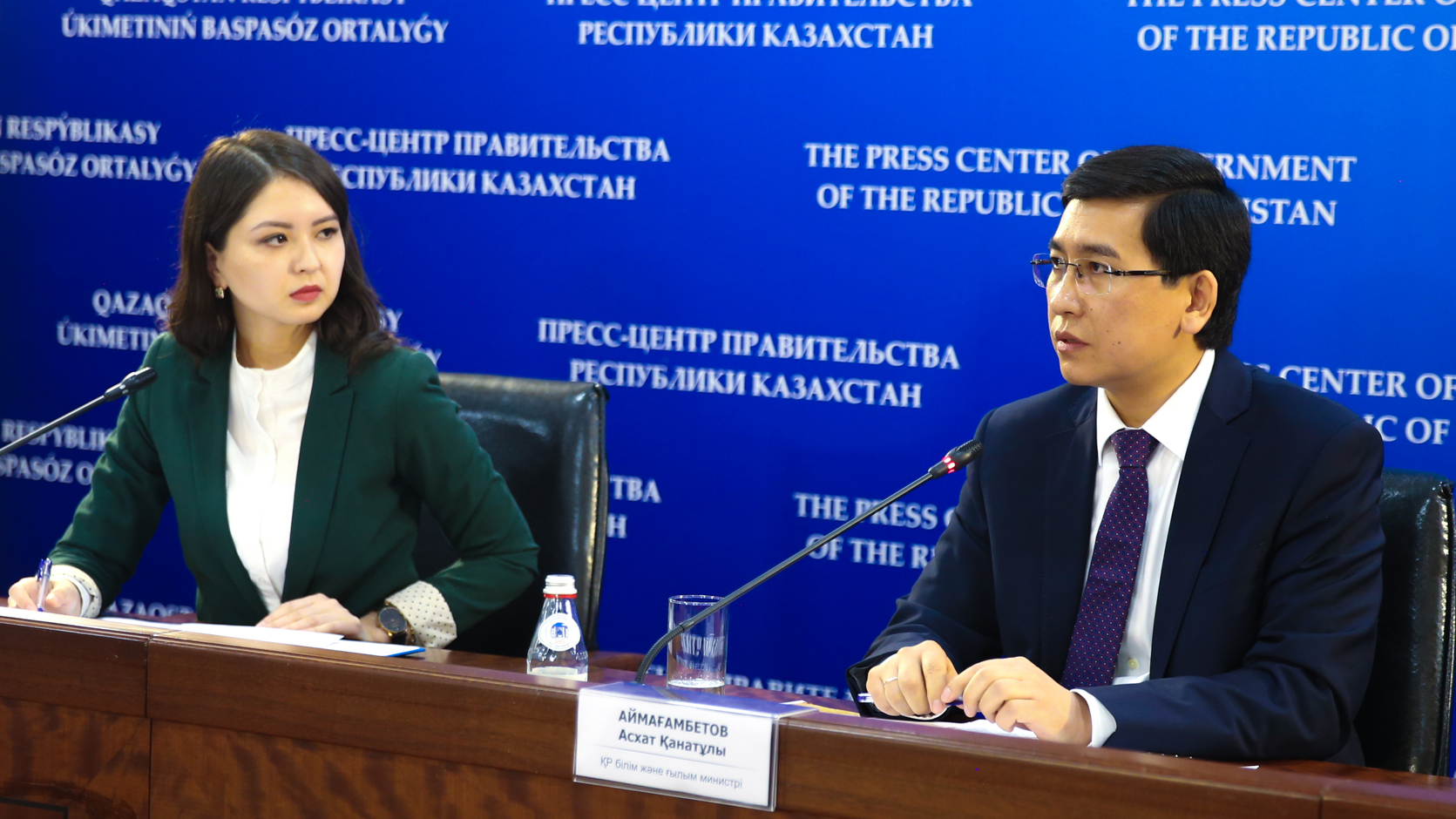 At the press conference following the meeting of the Government, Minister of Education and Science Askhat Aimagambetov announced his intention to abandon the rating of schools following the results of the Unified National Testing.

With such a proposal, the minister appealed to regional akims during a meeting of the Government.

“Today, speaking at the Government meeting, I asked the akims of the regions and cities of republican significance, the capital not to conduct a rating based on the Unified National Testing. We believe that this rating is not necessary,” said Aimagambetov.

The minister believes that this rating is not objective and does not reflect the level of preparedness of schools.

“It is not objective and does not reflect the level of preparedness of schools. If previously the testing combined two functions at once: as a final certification in school and as enrollment in universities, now there is a separation and only those who want to enroll in higher education participate voluntarily. Therefore, according to the results of enrollment in higher educational institutions, I think that it is not worthwhile to conduct a rating, give an assessment to schools,” Aimagambetov noted.

In addition, as the minister specified, there are other indicators, opportunities and mechanisms for external assessment of student achievement.

“According to these indicators, of course, certain conclusions can be made, but in general, the very notion of rating, when we talk about school, is a complex process. This is primarily a process of education, training. These are different processes and it is, of course, somewhat unfair to evaluate them through only one kind of mechanism. Therefore, an integrated approach is needed here,” said Aimagambetov.

According to Aimagambetov, 53,785 grants have been allocated for undergraduate students in 2019. For master’s programs, as in the past year, the number of more than 13 thousand grants remains. The total of 2,312 grants will be allocated for doctoral studies.

Also during the press conference, the minister announced the possibility of obtaining the results of the testing through the Telegram channel of the Ministry of Education and Science.

“We have our own Telegram channel through which those who passed can get their test results. Last year we tried this procedure for the first time. We also plan that we will have a Telegram channel through which it will be possible to send information about any violations of the procedure itself. We will instantly receive and see these messages, and we will immediately respond to them,” the minister informed.

At the end of the press conference, the head of the department addressed applicants and parents.

“Unified national testing is a very important exam. Nevertheless, it is quite a routine process. Of course, a lot is at stake, but the most important thing is not to worry. You have already prepared. Most of you have already gone through this testing. The school gave you the necessary knowledge. Therefore, you just need to have a good sleep, to distance a little from the thoughts about what this exam is expecting from you,” said Aimagambetov.

The minister paid attention to the use of prohibited items during the test.

“When a person takes a cheat-sheet, mobile phone or other devices with him, first of all he is distracted. He thinks how to bring it and he concentrates attention on this. Then he thinks about how to get it, how to use it so that it is not seen. This is also stressful and it never helped to concentrate. I think that we should trust ourselves, prepare, read,” the minister said.

“I wish success to all parents and graduates,” the minister concluded.