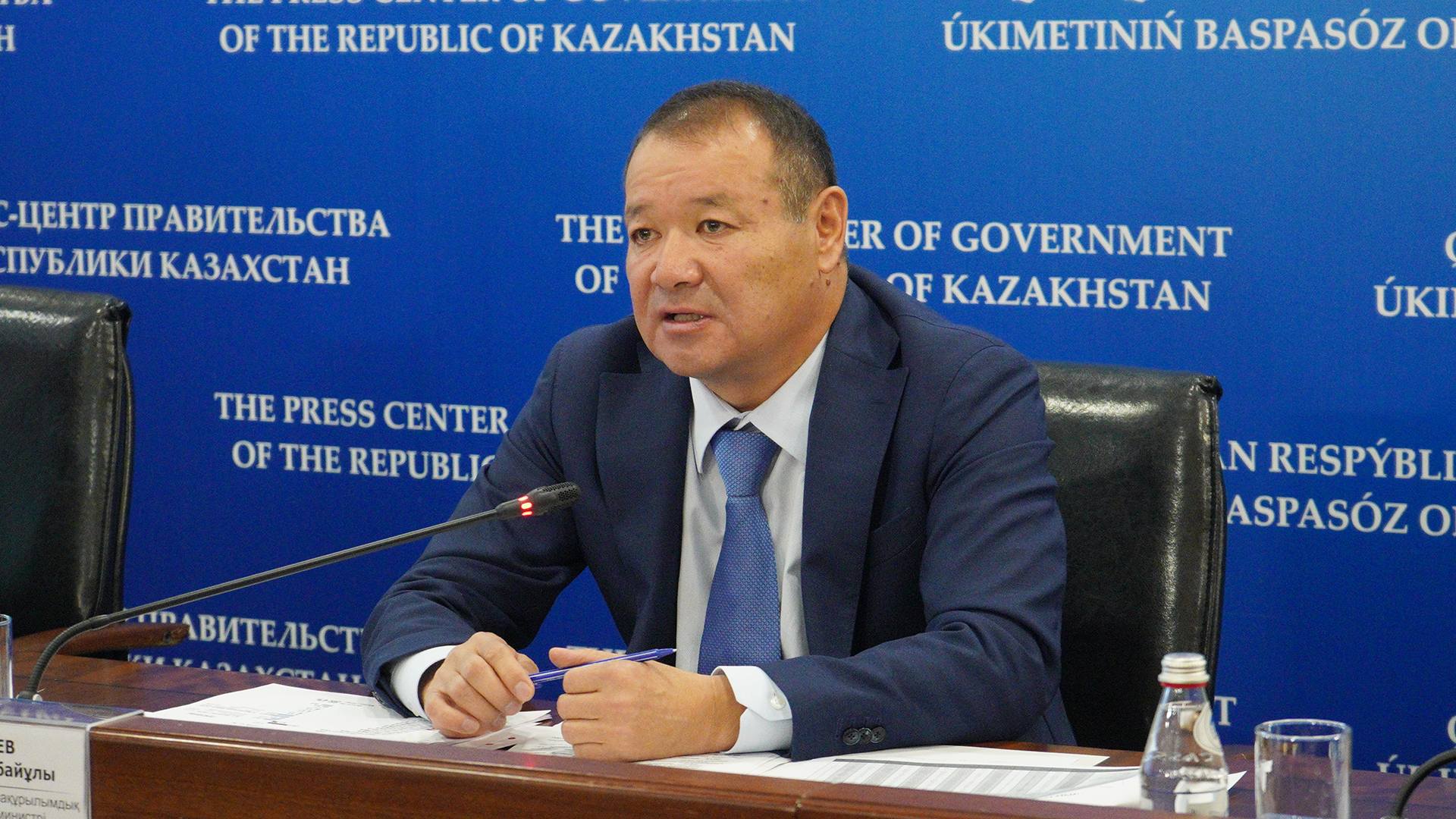 Sep. 20 at the press center of the Government, the First Vice Minister of Industry and Infrastructure Development Kairbek Uskenbayev spoke about the implementation of the Nurly Zher state program.

As Uskenbayev noted, the state is currently taking various measures to provide all those in need with housing.

Since 2017, the Nurly Zher State Housing Construction Program has been implemented, the main purpose of which is to increase housing affordability for citizens through the implementation of five main tasks:

“Annually, under the Nurly Zher program, the housing is built on 1 million square meters more. If last year more than 12 million m² of housing was built, then this year we plan to build more than 13 million m² of new housing or about 120 thousand dwellings,” Uskenbayev said.

In 2018, to strengthen the implementation of the housing program, the National Bank launched the 7-20-25 mortgage program for housing lending, within which about 103 thousand citizens will be able to purchase housing in the next 5 years.

In order to increase the provision of the population with housing up to 30 m² per person, by 2030 an annual growth of 8% is planned for the commissioning of new housing.

Over the 8 months of this year, 7.6 million m² of housing or 65 thousand apartments were built by all sources of financing.

Uskenbayev also noted an increase in investment in housing construction by 19%.

In conclusion, the first vice minister of industry and infrastructure development noted that the Nurly Zher state program is one of the most effective of the implemented programs in the country. The ministry is working on the further development of this program for its wider implementation.