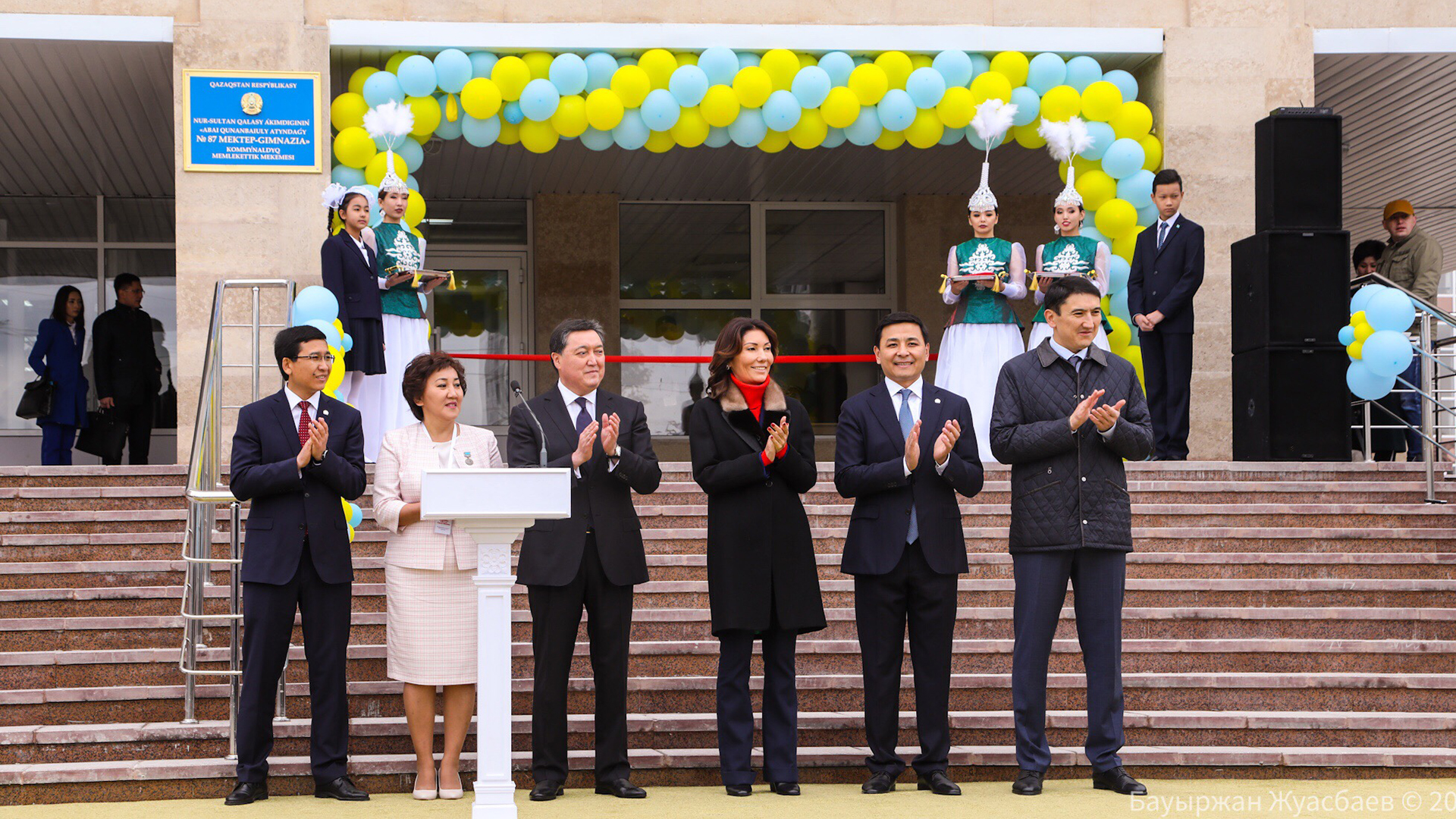 Prime Minister Askar Mamin attended the opening of a new gymnasium No. 87 in Nur-Sultan. During the ceremony, Askar Mamin emphasized that the assignment of the school to the name of the great Kazakh thinker and poet Abay Kunanbayev is honorable and responsible.

The first President – Elbasy Nursultan Nazarbayev always emphasizes the role of the younger generation in the development of Kazakhstan. In his speech at the August conference, Head of State Kassym-Jomart Tokayev indicated the need for harmonious adaptation of the education system to new challenges.

At the solemn meeting, Prime Minister Askar Mamin noted that new professions are emerging under the influence of digitalization and artificial intelligence.

“Your knowledge must meet the demands of our time and be competitive,” Askar Mamin said and congratulated all students on Knowledge Day. 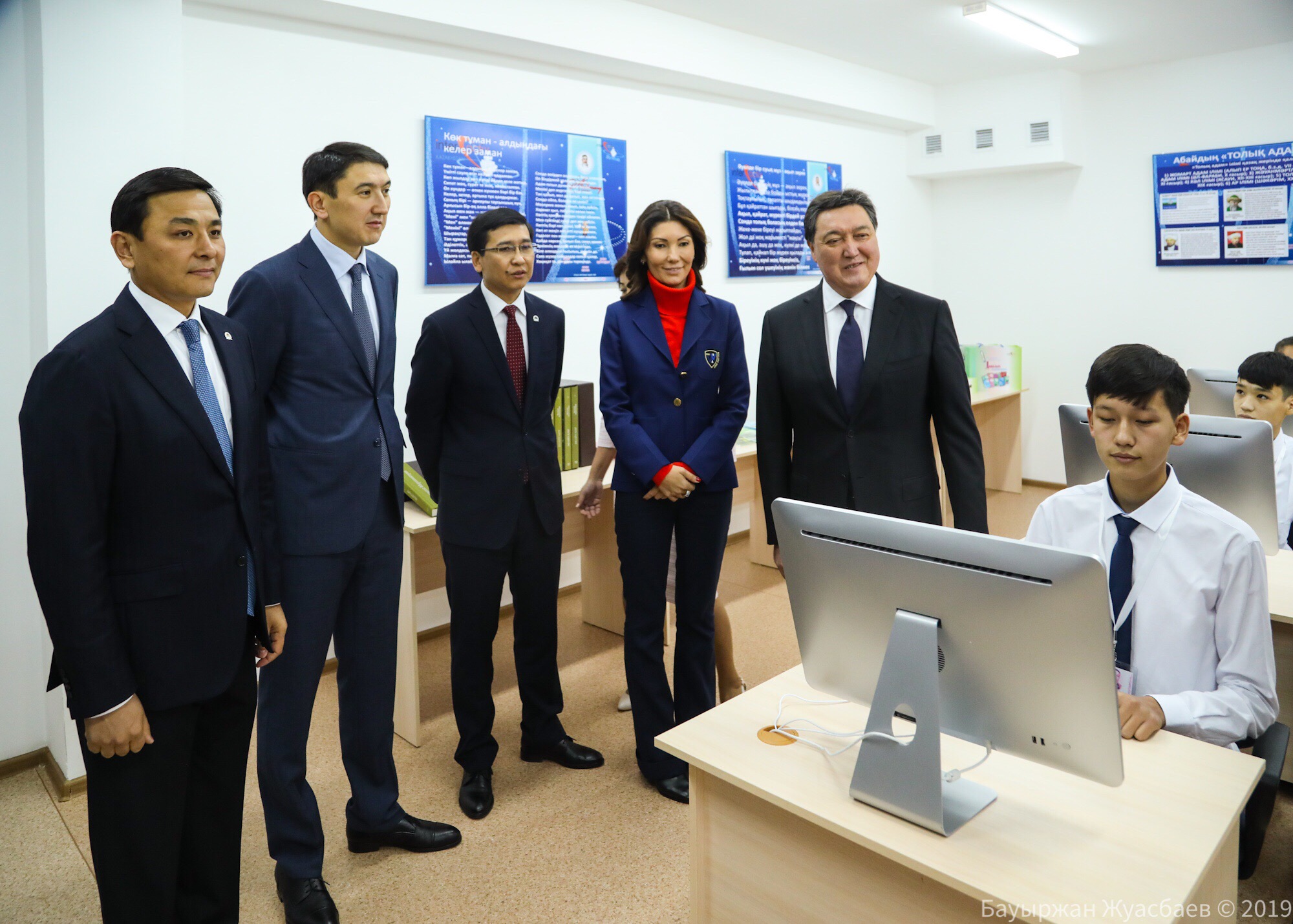 In order to facilitate the technical equipping of the new school, Fund for the Development of Socially Significant Initiatives presented a green technology laboratory with a virtual scientific section for 3D model research, which was presented by Chair of the Board of Trustees of the Foundation A. Nazarbayeva and Minister of Ecology, Geology and Natural Resources Magzum Mirzagaliev. 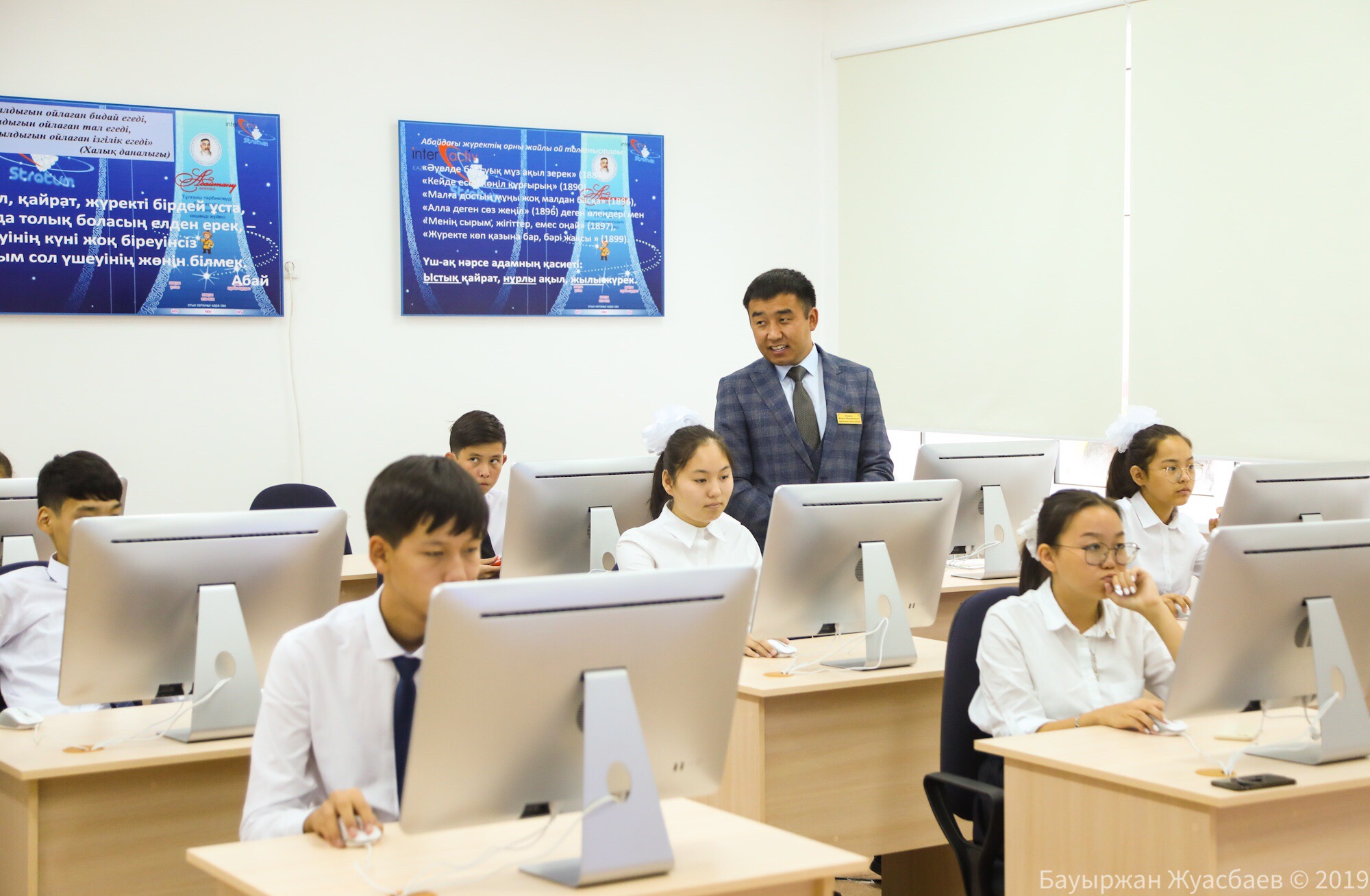 During the inspection of the school, the Prime Minister Mamin familiarized himself with the latest teaching methods using interactive equipment. Equipping classrooms with advanced technologies will allow students to develop the skills of future professions. 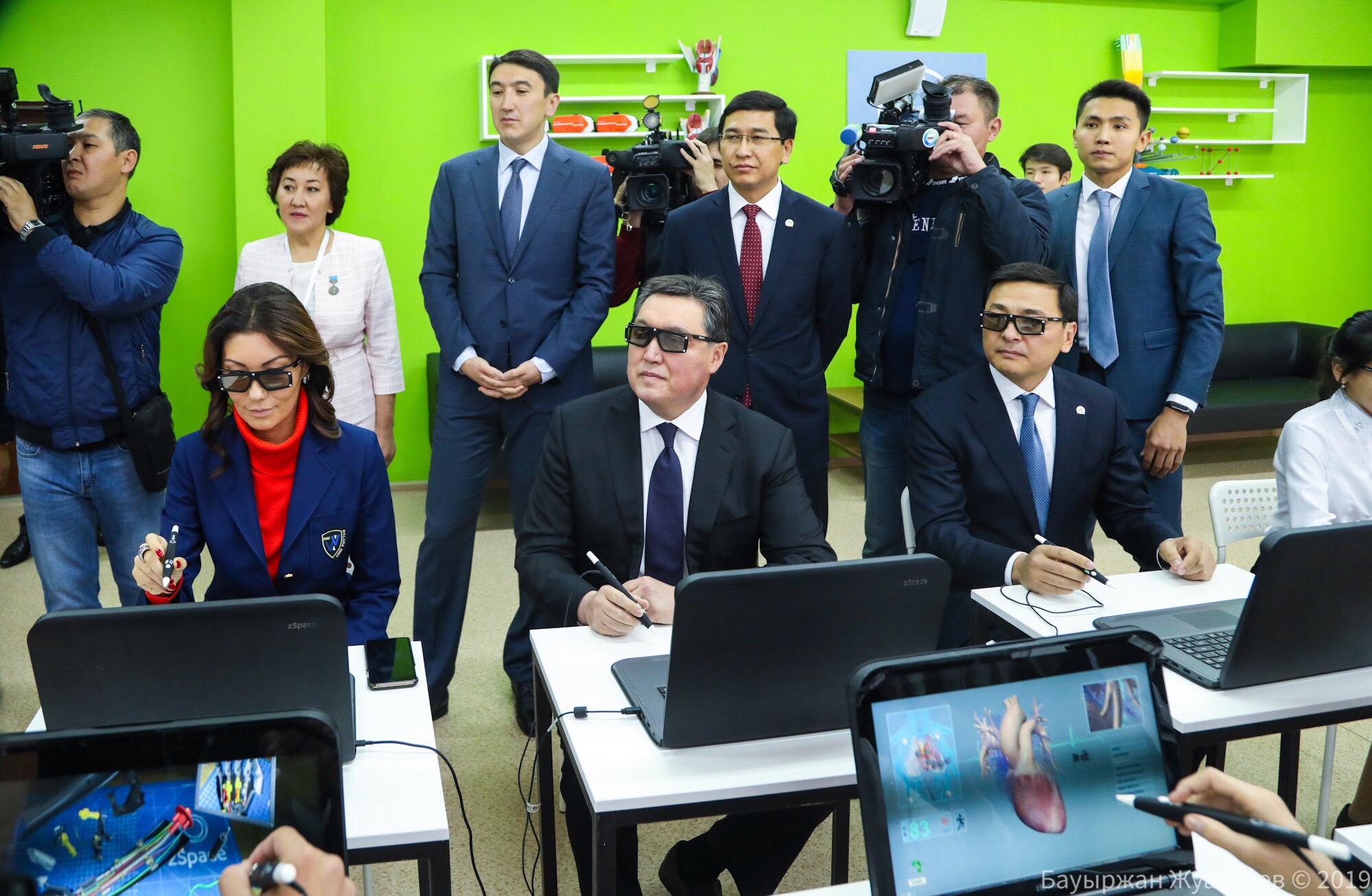 In addition, the new school was presented with a gift from the SaryarkaAvtoProm Kazakhstan plant as a gift of a new generation school bus, the launch of which was recently mastered by the flagship of the domestic auto industry. 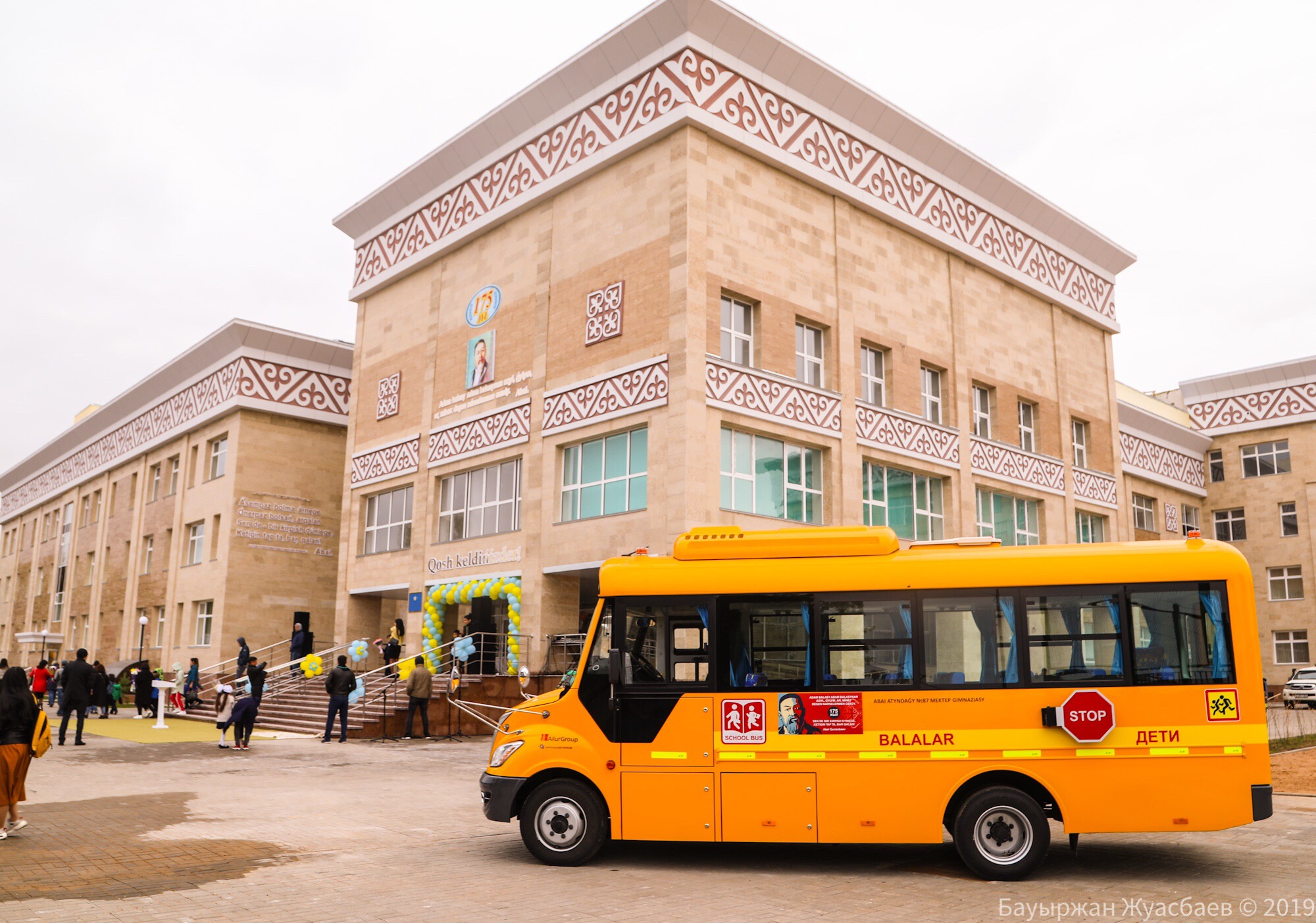 During the inspection of the new school, Prime Minister Askar Mamin visited the Abaytanu museum and office, opened in honor of the 175th anniversary of the great Abay.

It should be noted that over 900 schoolchildren will study in the new gymnasium No. 87. In total this year, the number of students in secondary educational institutions of the Republic of Kazakhstan exceeds 3 million people. In the new academic year, 400 thousand children were enrolled in grade 1. Members of the Government of the Republic of Kazakhstan, who held a lesson in citizenship and patriotism in schools, took part in the solemn lines dedicated to the start of the new school year.

The opening ceremony of school No. 87 was also attended by Minister of Education and Science Askhat Aimagambetov and akim of Nur-Sultan Altai Kulginov.