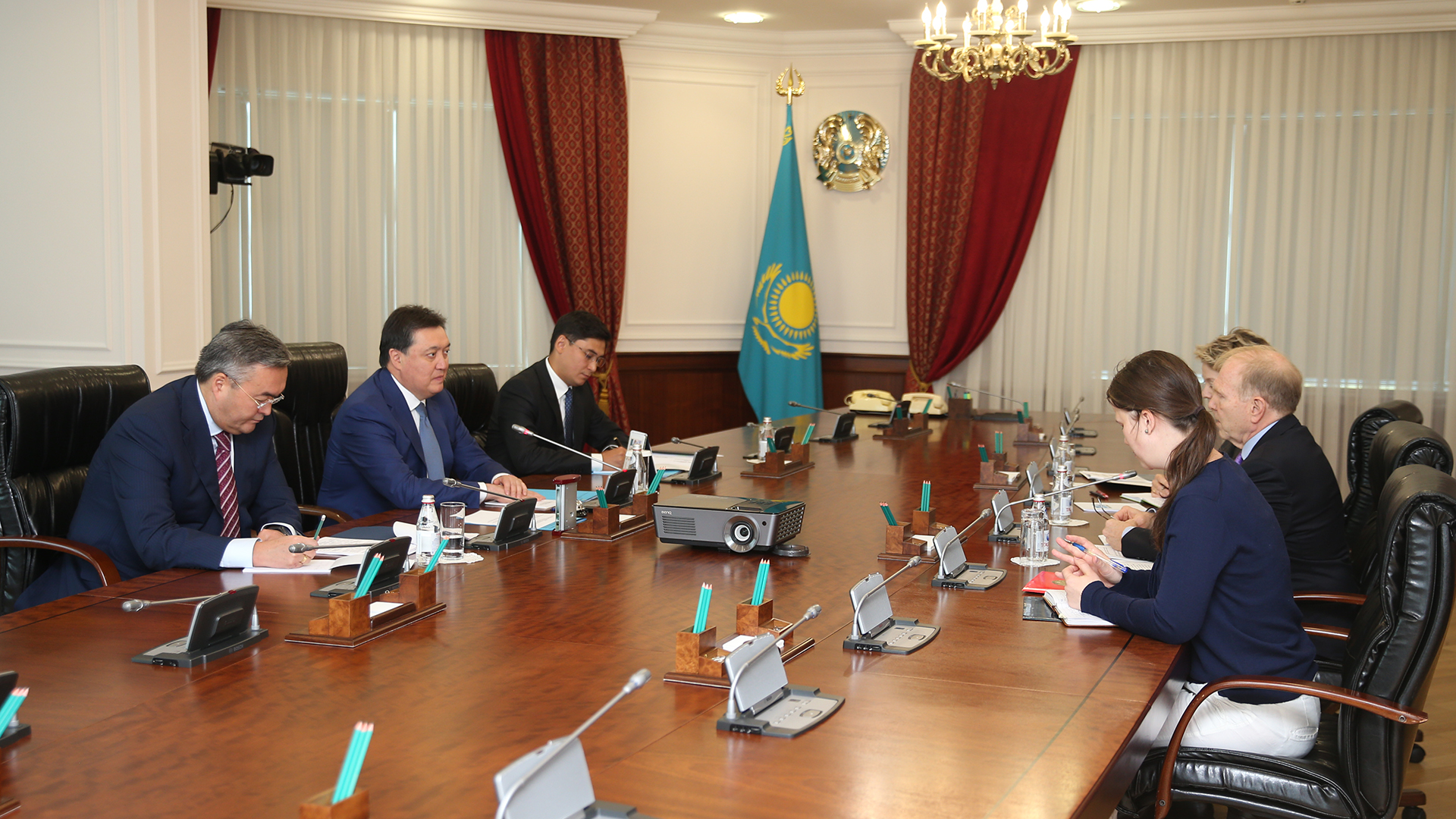 At the meeting, issues of further development of cooperation in the investment sector, the oil industry, and the agro-industrial sphere were discussed.

“The United States remains one of Kazakhstan’s key partners and investors,” said the prime minister of Kazakhstan and noted the importance of implementing the agreements reached by First President of Kazakhstan Nursultan Nazarbayev and US President Donald Trump in January 2018 in Washington, as well as expanding the horizons of mutually beneficial interaction. "

By the end of 2018, trade turnover between Kazakhstan and the United States increased by 37.3% to $2.2 billion. The inflow of US investment in the Kazakhstan economy increased by 44.7% and set a new absolute record, reaching $5.3 billion.

The prime minister of Kazakhstan noted the prospects for the implementation of projects by large American companies in the agro-industrial sector, stressing the great potential and the possibility of organizing production in the territory of Kazakhstan with localization and entering the markets of the region.

In his turn, Moser gave a high appraisal of the approaches to improving the investment climate and noted the readiness of the American side to continue cooperation in the existing format.