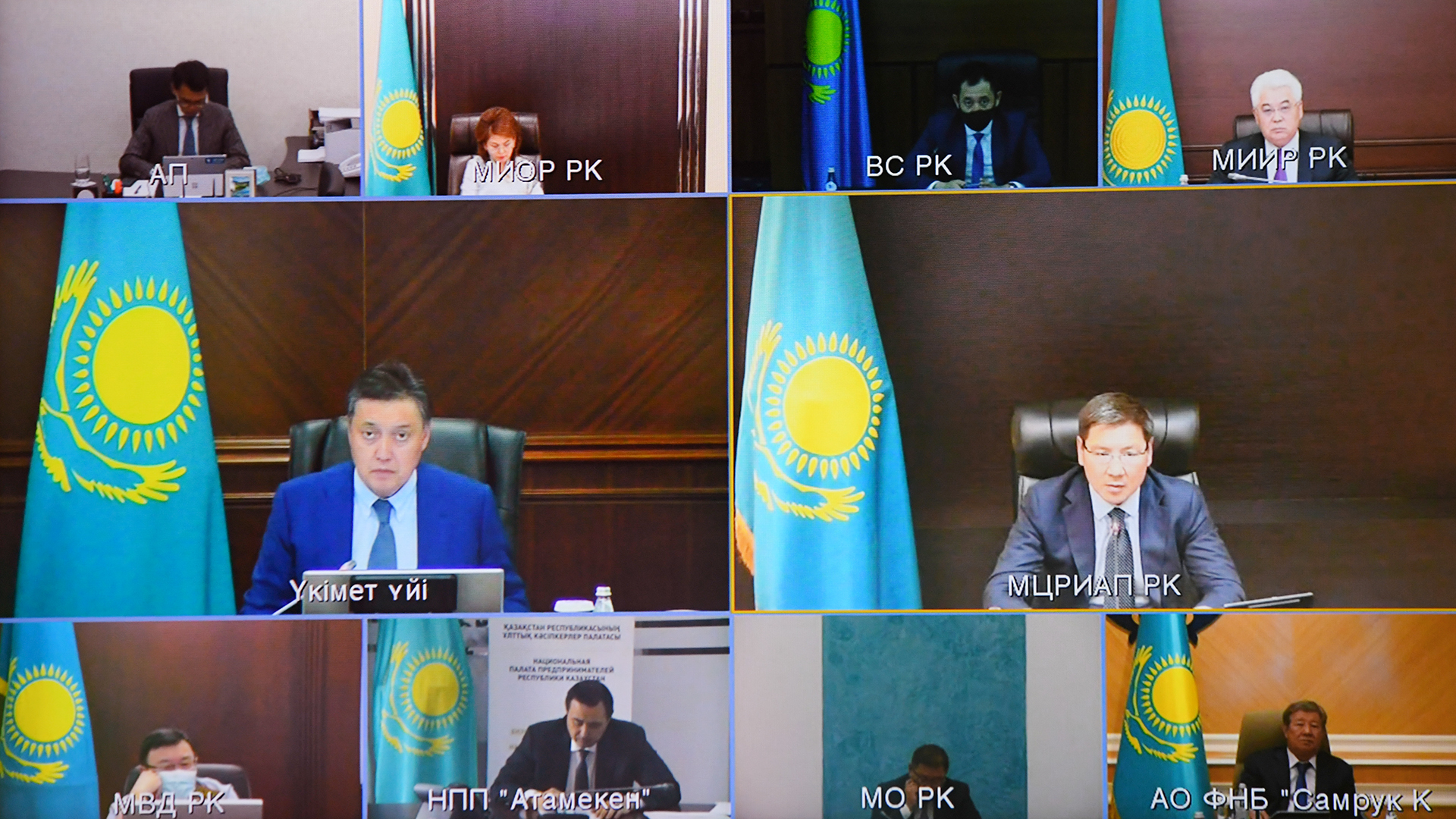 Prime Minister Askar Mamin held a meeting of the Commission under the President of the Republic of Kazakhstan on Digitalization.

Minister of Digital Development, Innovation and Aerospace Industry Askar Zhumagaliyev reported on the implementation of the Digital Kazakhstan State Program, Minister of Industry and Infrastructure Development Beibut Atamkulov spoke about the development of the elements of Industry 4.0 and the Model Digital Factories project, Minister of Energy Nurlan Nogayev reported on digitalization of oil and gas industry and uranium production, Minister of Culture and Sports Aktoty Raimkulova told about the work on reducing paperwork in government agencies.

The overall economic effect of the implementation of the Digital Kazakhstan State Program in 2018-2019 amounted to 802.5 billion tenge, 120 thousand jobs were created, mainly due to the active development of e-commerce and all related industries. Within the framework of Digital Kazakhstan, changes and amendments were made to 700 norms of 11 codes and 58 laws.

In the framework of further updating the Digital Kazakhstan, it is planned to introduce 10 technological platforms in various fields: Govtech, Smart city, Industry 4.0, Agritech, Blockchain, Space-Geotech, AI (Artificial Intelligence), E-Industry, Fintech, Greentech. They consolidate the finished technical infrastructure, large amounts of open data, as well as development and analytics systems for domestic IT companies and startups.

Participants of the meeting paid special attention to the development of the Industry 4.0 technology platform, which is aimed at automating production processes using robots, big data and artificial intelligence.

The platform will combine financial, information services, trading floors and technology transfer systems, primarily for enterprises of the mining and metallurgical and fuel and energy complexes, and the manufacturing industry. As part of its creation, it is planned to introduce the analytical base of Smart Industry Management, develop a system of corporate innovation with large enterprises in the industry and take other measures.

The head of government instructed the Ministry of Industry and Infrastructure Development to create an action plan within a month on a set of regulatory and incentive measures to develop elements of Industry 4.0 and expand the Model Digital Factories project.

The Ministry of Energy has been instructed to ensure by the end of this year the launch of an auction system for the provision of subsoil use rights for hydrocarbons with the subsequent exception of a paper format at all stages of the process, as well as accelerate the implementation of an information system for accounting for crude oil and gas condensate.