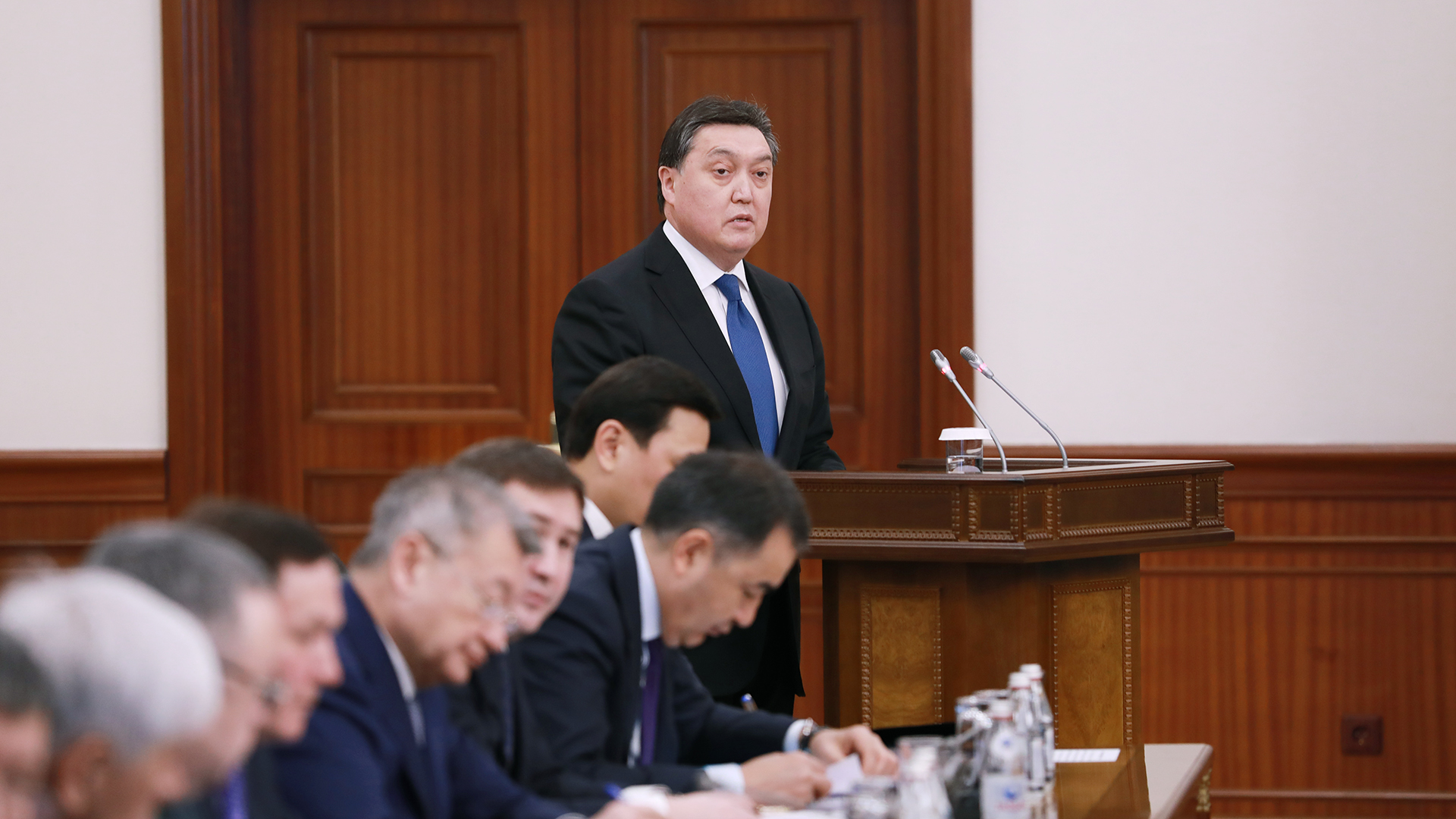 At the extended Government session chaired by the President Kassym-Jomart Tokayev, the Prime Minister Askar Mamin reported on the results of the country's socio-economic development for 2019 and the tasks for the current year.

The prime minister noted that in 2019, the Government carried out work on the implementation of the strategic course of Elbasy Nursultan Nazarbayev, the Plan of the Nation “100 Concrete Steps” to Implement Five Institutional Reforms, the objectives of the 28th congress of the Nur Otan party, as well as the tasks set by the President Kassym-Jomart Tokayev in his Election Program and Address to the people of Kazakhstan.

Real incomes increased by 5.5%. In 2019, wages were increased for 2.7 million citizens, including due to measures to increase the minimum wage (1.5 times to 42.5 thousand tenge), which received wide support among businesses. The labor market remains stable. The unemployment rate was 4.8%. More than 423 thousand new jobs were created, including 279 thousand permanent ones.

In 2019, about $25 billion of foreign direct investment was attracted. The share of SMEs in the economy reached 29.5%. The number of operating enterprises grew by 8%. By Jan. 1, 2020, the comprehensive privatization plan was implemented by 93%.

“In the context of increasing global competition for investment, the Government focuses on attracting a new wave of investment in the country's economy. Our strategic task is to increase the volume of investments in fixed assets annually by 15% and bring its level to 30% of GDP by 2025 (18.2% in 2019),” said Mamin.

The prime minister emphasized that the main priority of the Government is to increase real incomes and the quality of life of the population.

In 2020, the Government will continue to work in seven strategic areas: attracting investment, creating jobs with high productivity, developing infrastructure, export-oriented industrialization, fuel and energy and agro-industrial complexes, and digitalizing the economy.

In 2020, 15 million square meters of housing will be built. More than 150 thousand families will receive housing. As part of the Aul – El Besigi project, more than 800 projects will be implemented to develop high-quality engineering, transport and social infrastructure in 190 villages in accordance with new standards.

“In pursuance of your instructions, the key goal of the Government’s work for 2020 is to ensure economic growth at the level of 4.7-5%,” said Mamin.

The prime minister noted that in 2020 the Government was tasked with creating 430 thousand new jobs, bringing investments in fixed assets to 20% of GDP, increasing non-oil exports to $18.6 billion (+ $3 billion), and increasing real household income by 6% (+0.5 percentage points), bringing the share of SMEs in the economy to 30%.

“The main priority of the Government’s work is the transformation of economic growth into a real increase in the standard of living of our citizens,” summarized Mamin.