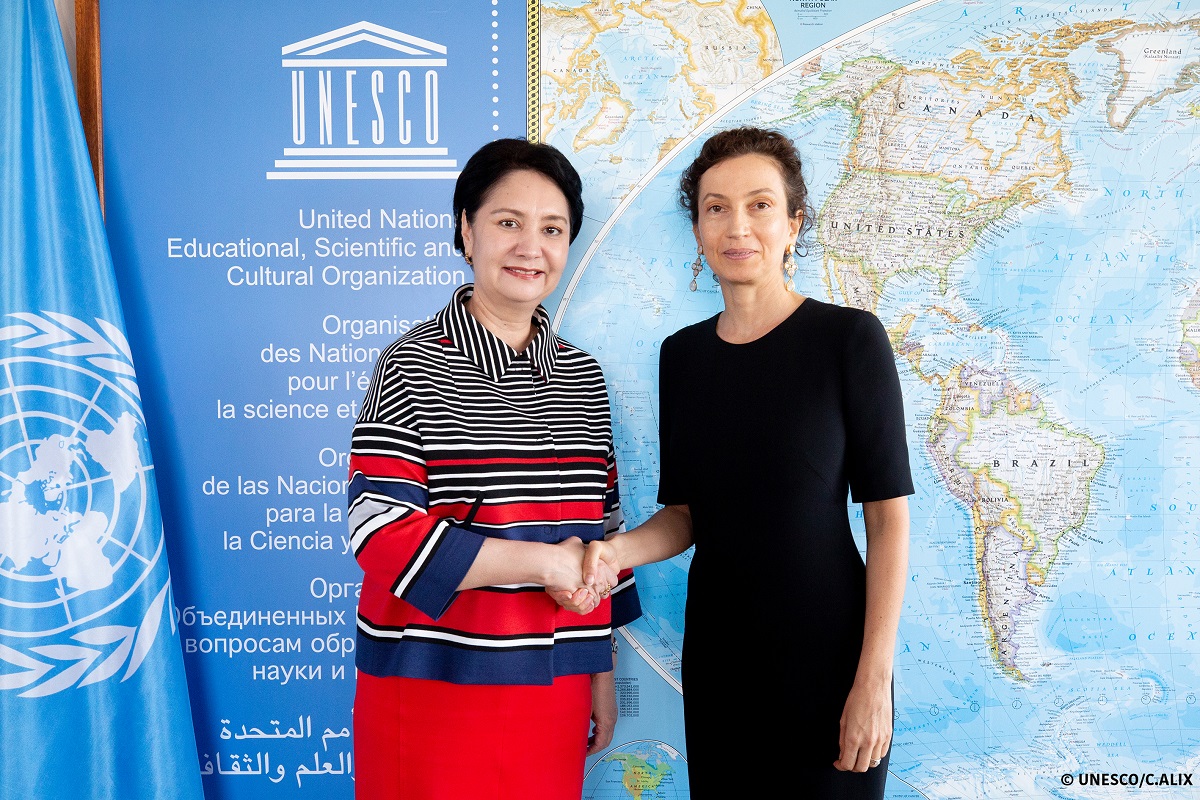 Agreement between the Government of Kazakhstan and the United Nations Educational, Scientific and Cultural Organization on the establishment of the International Center for the Rapprochement of Cultures under the auspices of UNESCO was signed June 25, 2019, in Paris. The agreement was signed by UNESCO Director General Audrey Azoulay and Deputy Prime Minister of Kazakhstan Gulshara Abdykalikova.

The proposed structure is planned to be created under the auspices of UNESCO on the basis of the Center for the Rapprochement of Cultures under the Ministry of Culture and Sports of the Republic of Kazakhstan. The relevant Kazakhstan initiative was approved by the 39th General Conference of the Organization in November 2017.

The objectives of the Center will be the promotion of research, the preparation of publications, the organization of conferences and educational activities on the history and practice of intercultural interaction in Central Asia and beyond.

Azoulay stressed the constructive contribution of Kazakhstan to the work of UNESCO and expressed confidence that the new Center will facilitate intercultural dialogue on a global and regional scale.

After the signing ceremony, during the conversation, Abdykalikova informed the interlocutor about the results of the presidential elections in Kazakhstan, the priorities of the foreign and domestic policies of the new Head of State Kassym-Jomart Tokayev and their continuity with the course of the First President Nursultan Nazarbayev, modernization of public consciousness in the country “Rouhani Zhangyru,” the priorities of the program article “Seven Facets of the Great Steppe” and the events within the framework of the Year of Youth.

Abdykalikova also told Azoulay about the development of the city of Turkistan and assured our country’s commitment to the implementation of relevant projects, taking into account the status of the Mausoleum of Khoja Ahmed Yasawi as a World Heritage Site and in accordance with international standards for the protection of outstanding historical and cultural monuments. 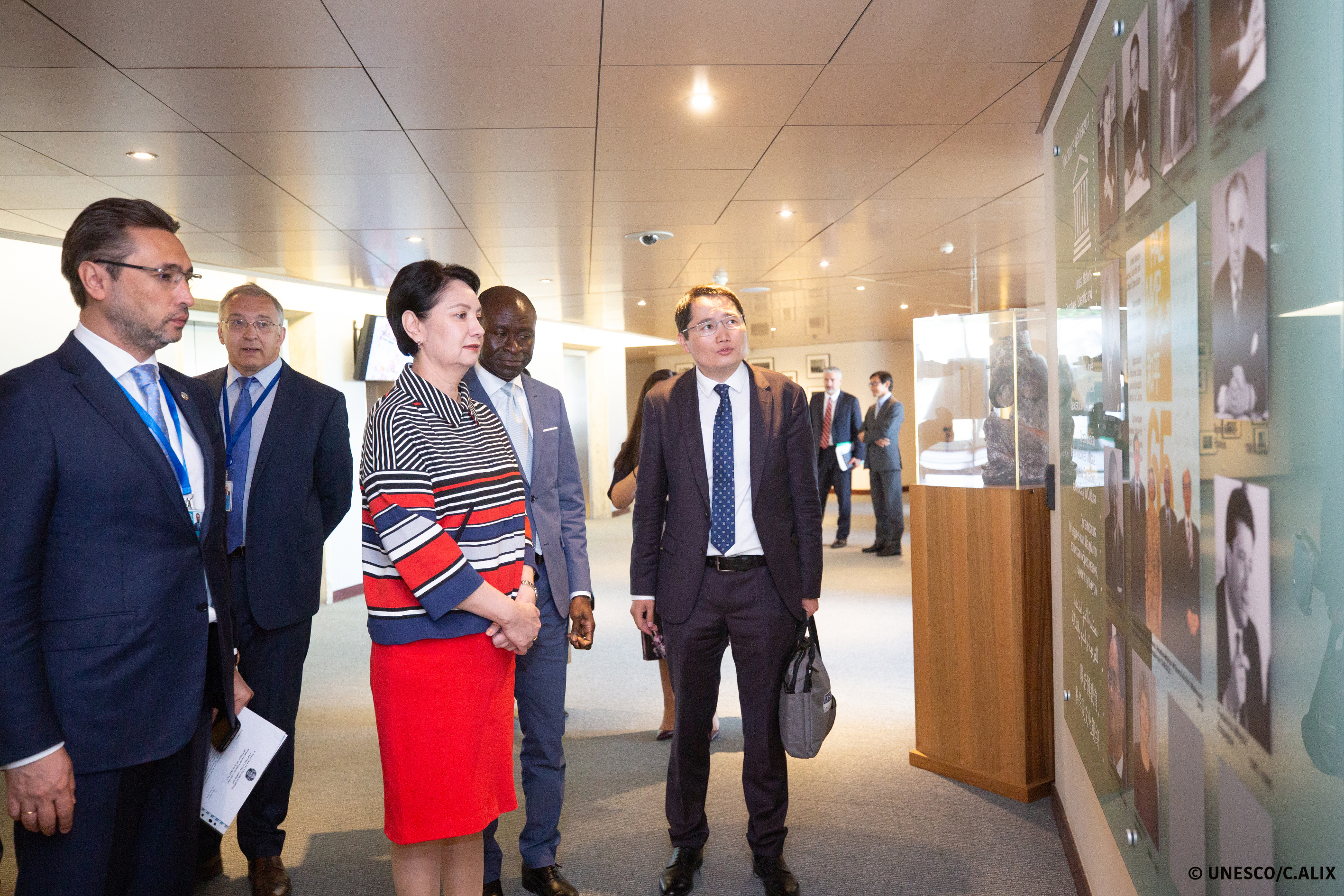 In addition, the deputy prime minister appealed to the UNESCO Director General with a request to support the holding of international events next year at the organization’s headquarters to celebrate the 175th anniversary of the prominent Kazakh poet and thinker Abay Kunanbayuly.

In turn, Azoulay thanked Abdykalikova for the conversation and emphasized the constructive contribution of Kazakhstan on a global, regional scale.

For reference: Kazakhstan has been a member of UNESCO since May 22, 1992. The work with the organization is coordinated by the National Commission of Kazakhstan for UNESCO and ISESCO. Our state is a party to 15 international conventions under the auspices of UNESCO. The Memory of the World Documentary Heritage Register includes three Kazakhstani applications, the World Heritage List ­– five, intangible cultural heritage – 10, the network of biosphere reserves – 11, the calendar of memorials – 21. There are five departments in the country, 31 associated schools and 50 UNESCO clubs . At the initiative of Kazakhstan, the UN General Assembly announced the International Decade for the Rapprochement of Cultures in 2013-2022 and UNESCO identified the structure responsible for the implementation of its program.