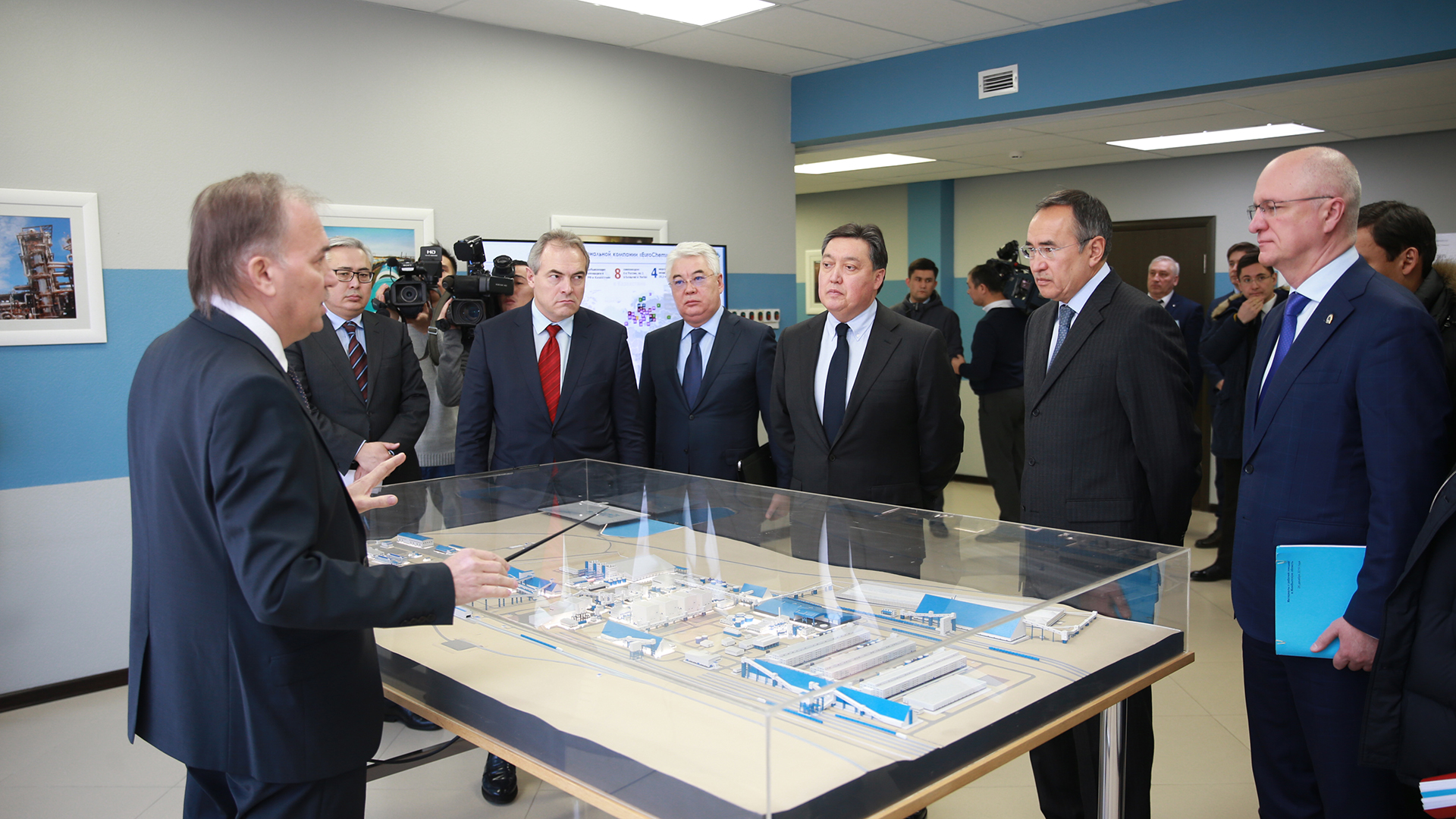 Prime Minister Askar Mamin made a working trip to Zhambyl region to ensure the implementation of the State Program for Industrial and Innovative Development initiated by the First President – Elbasy Nursultan Nazarbayev, as well as the instructions of the Head of State Kassym-Jomart Tokayev on the socio-economic development of the region.

In the city of Zhanatas, Sarysu region, in the presence of the head of government between the Ministry of Industry and Infrastructure Development, the Akimat of Zhambyl Region and one of the world's leading producers of mineral fertilizers — EuroChem MCC JSC — an investment agreement was signed on the construction and operation of a plant for the production of mineral fertilizers. 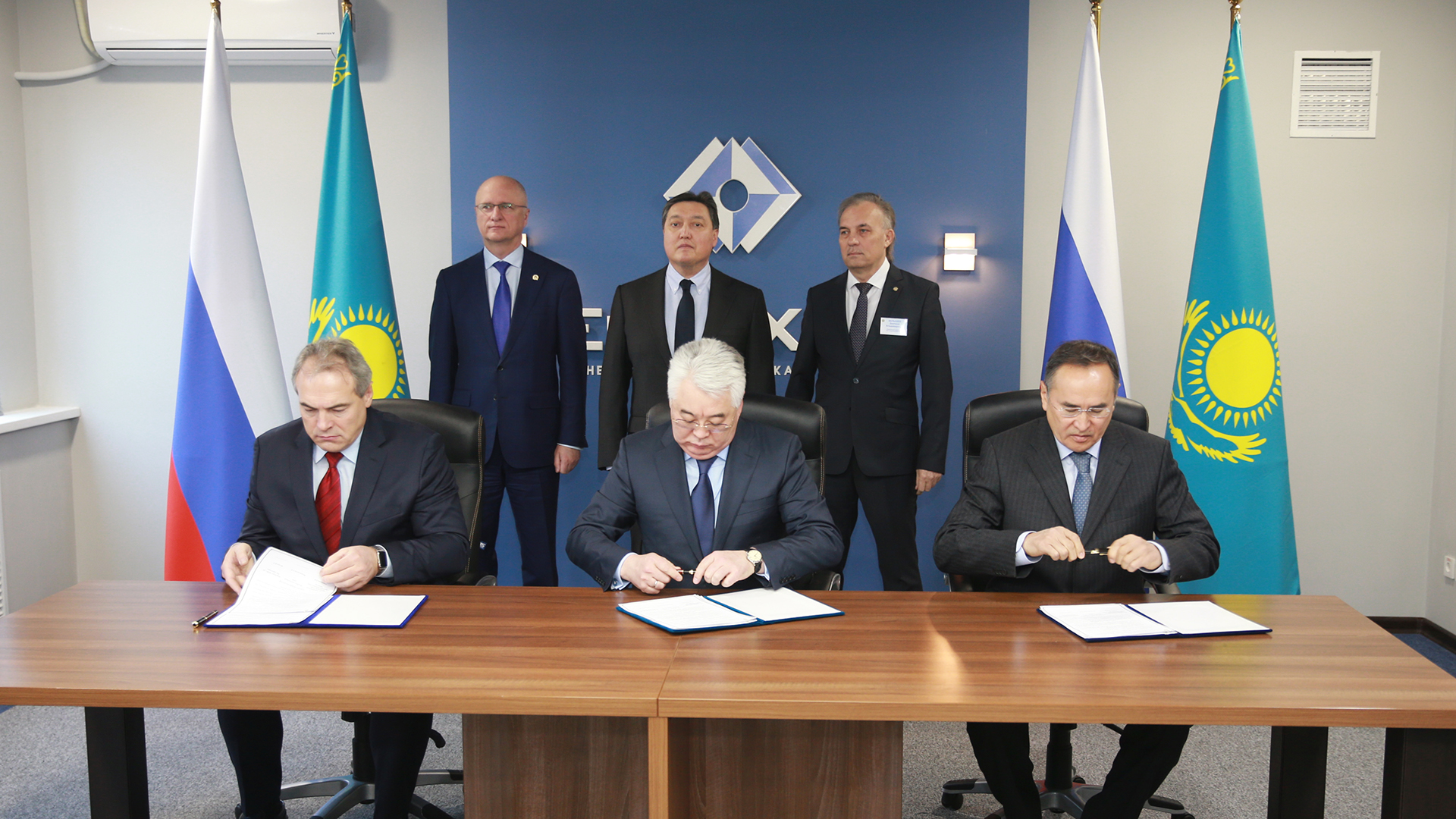 The volume of investments in the project will be about $1 billion, the plant’s capacity is 1 million tons of fertilizers per year. The resource base will be the deposits of the phosphorite basin of the Karatau. The production technology will produce high-quality phosphate and complex fertilizers with minimal environmental impact — without phosphogypsum waste.

About 120 thousand tons of calcium chloride and at least 400 thousand tons of gypsum dihydrate per year will be produced, which will meet the needs of the road, oil and gas, construction and agricultural industries.

The company is scheduled to be commissioned in 2021, about 2,000 new jobs will be created. 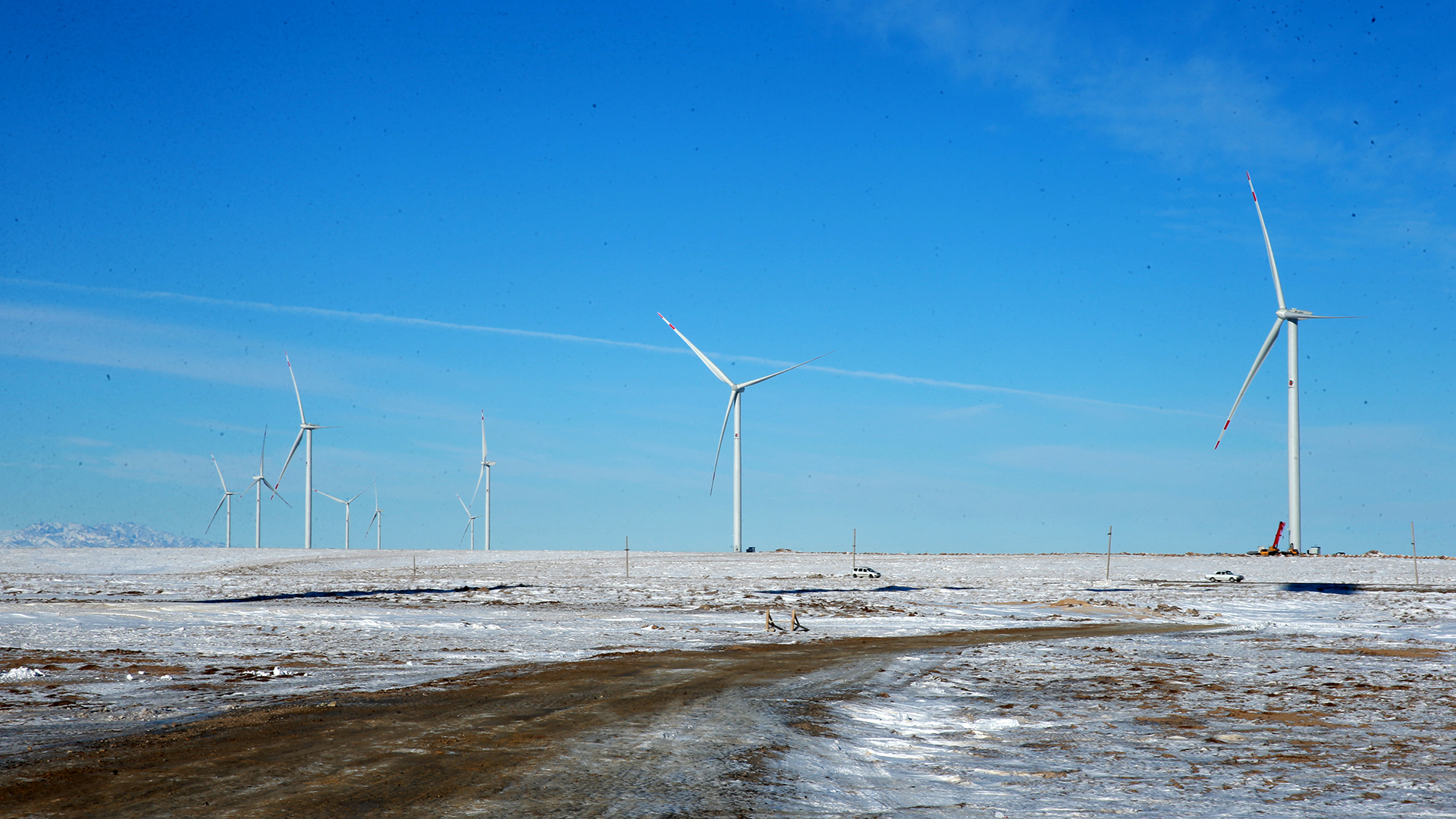 The prime minister got acquainted with the construction project of the Zhanatass wind farm worth 50 billion tenge. At the first stage, the capacity will be 100 MW, at the second — 200 MW. To date, 19 wind generators have been installed; in the first quarter of 2020, their number will be increased to 40.

The head of government was informed about the preparations for the construction of a soda ash plant in Qazaqsoda LLP in 2020-2022. The volume of investment in the project by the Turkish company Yildirim Group will be about 127 billion tenge. At the first stage, the enterprise will produce 400 thousand tons of products per year with the prospect of a further increase to 1 million tons per year. 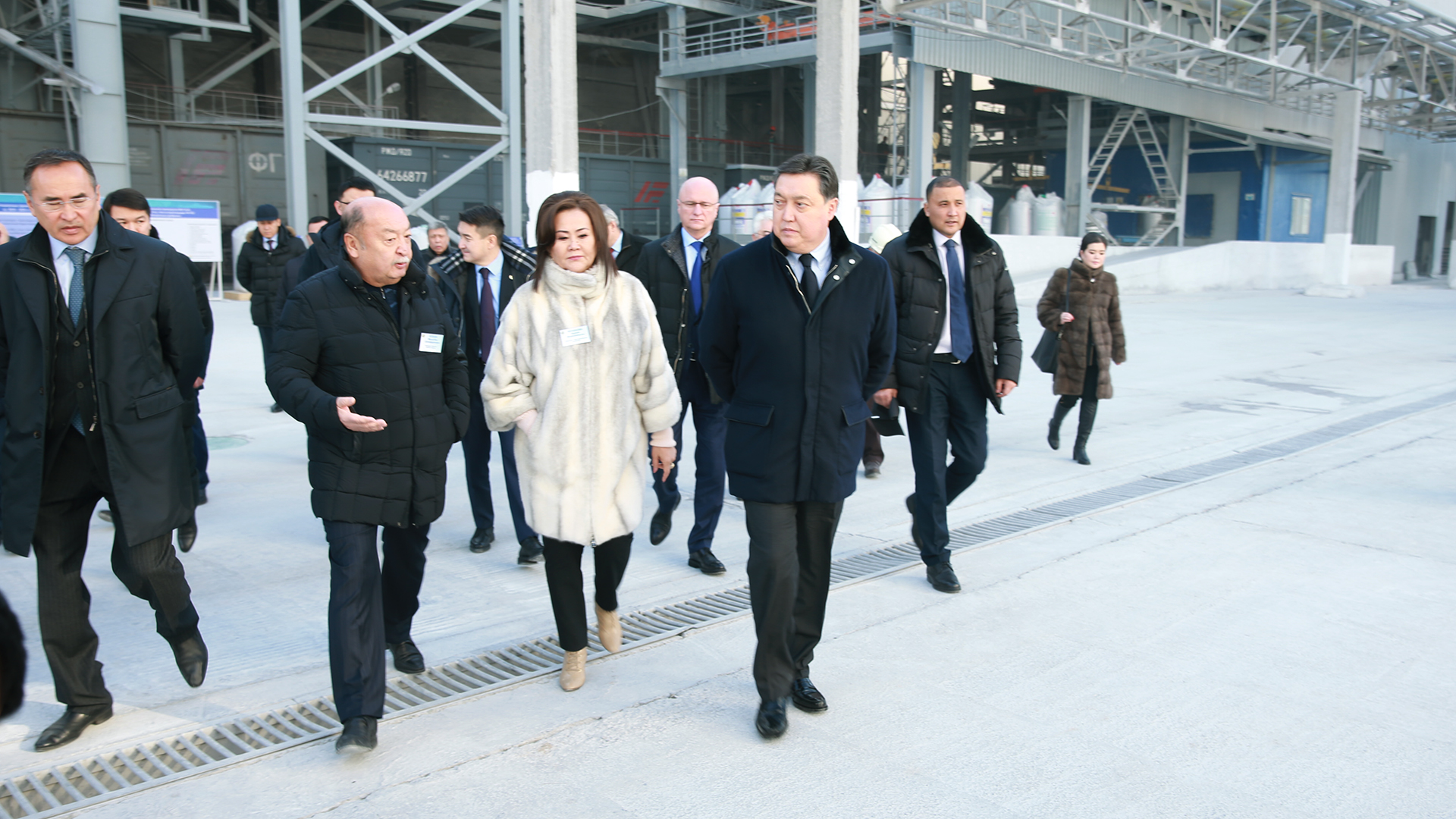 In Taraz, Mamin visited one of the leading enterprises in the region — the mineral fertilizer plant of Kazphosphate LLP. Since the beginning of the year, the company has produced 142 billion tenge of products, which are mainly sold on the domestic market and partially exported to Russia, China, the USA, Germany and the UAE. 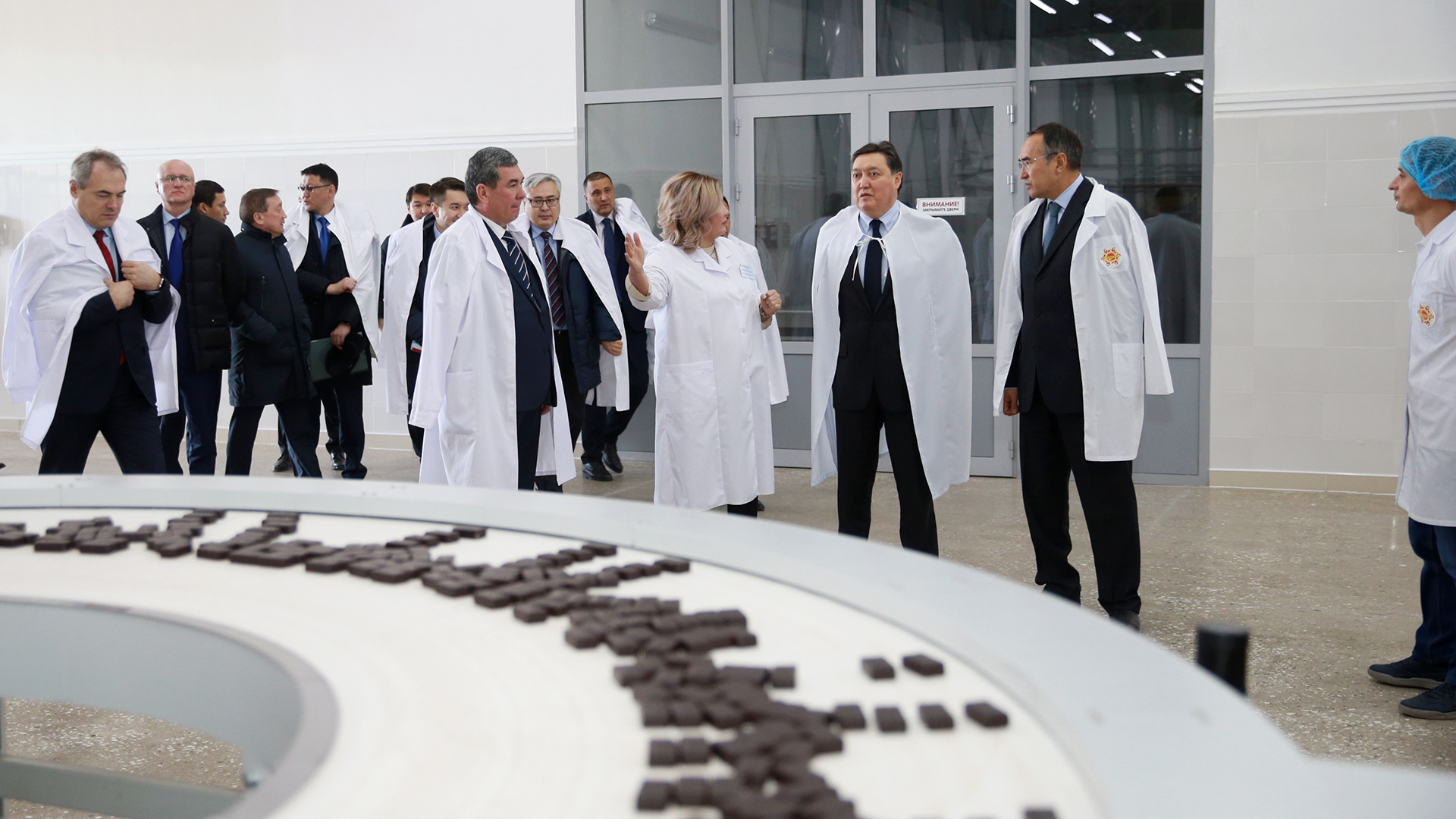 The prime minister took part in the launch of the 3rd production line of the Saule confectionery factory, which will additionally create 70 new jobs. 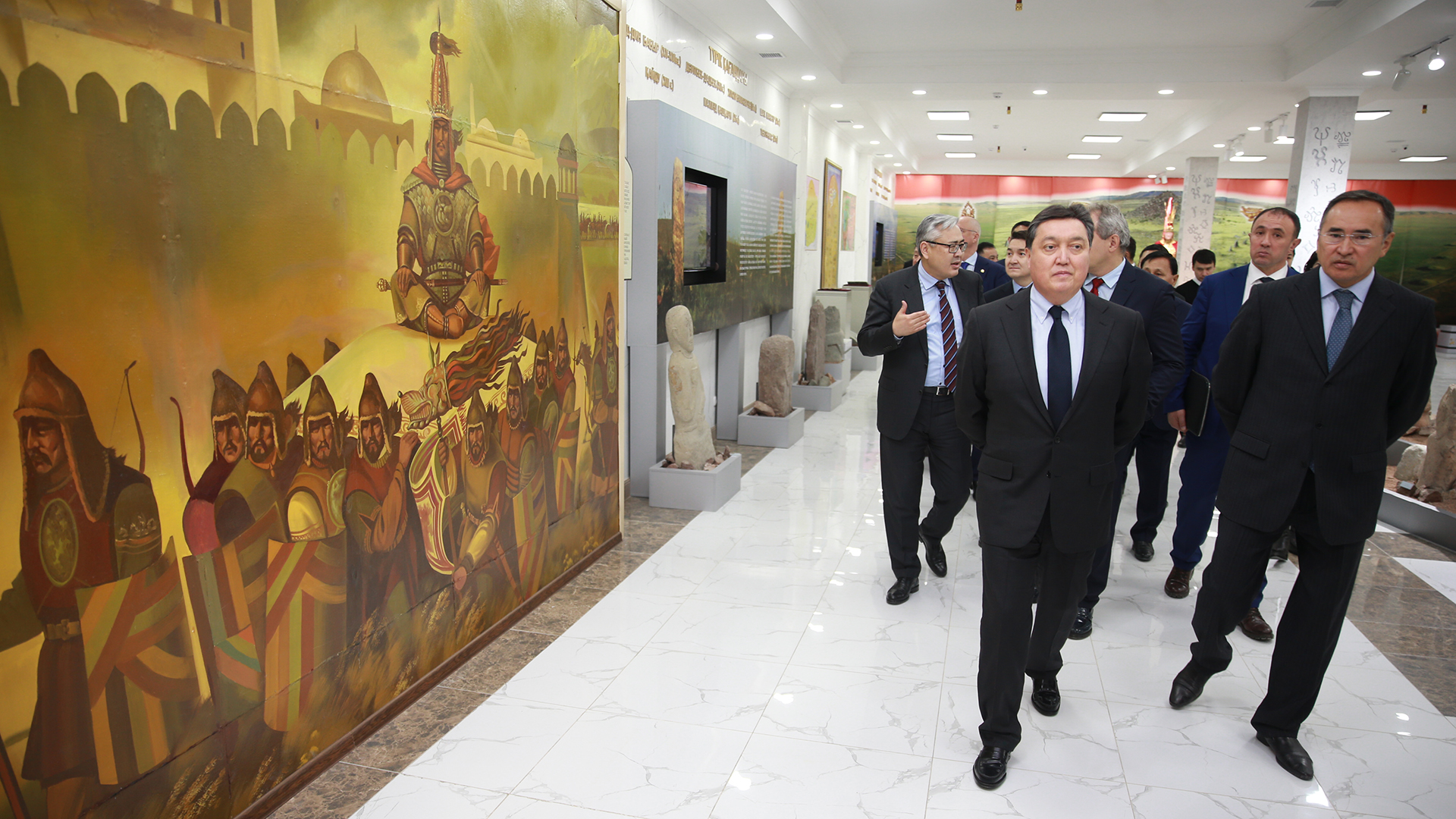 The head of government also visited the Regional History and Local Lore Museum and the Art Gallery at the Kune Taraz Historical and Ethnocultural Complex, opened Dec. 25, 2019, to mark the 80th anniversary of the Zhambyl Region. 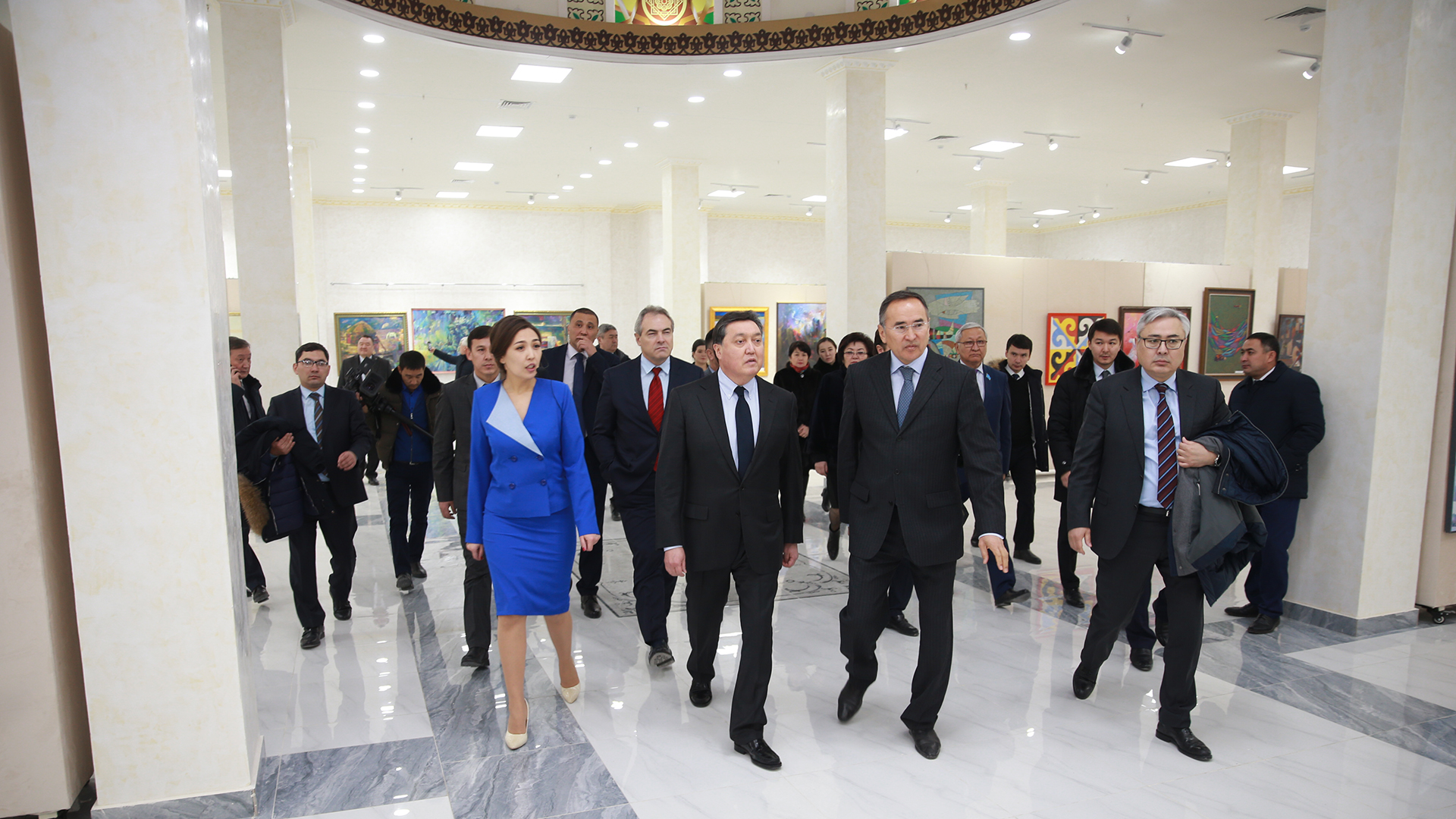