Comprehensive measures to be taken to fulfill Head of State’s instructions on social security, development of healthcare, education — Gulshara Abdykalikova 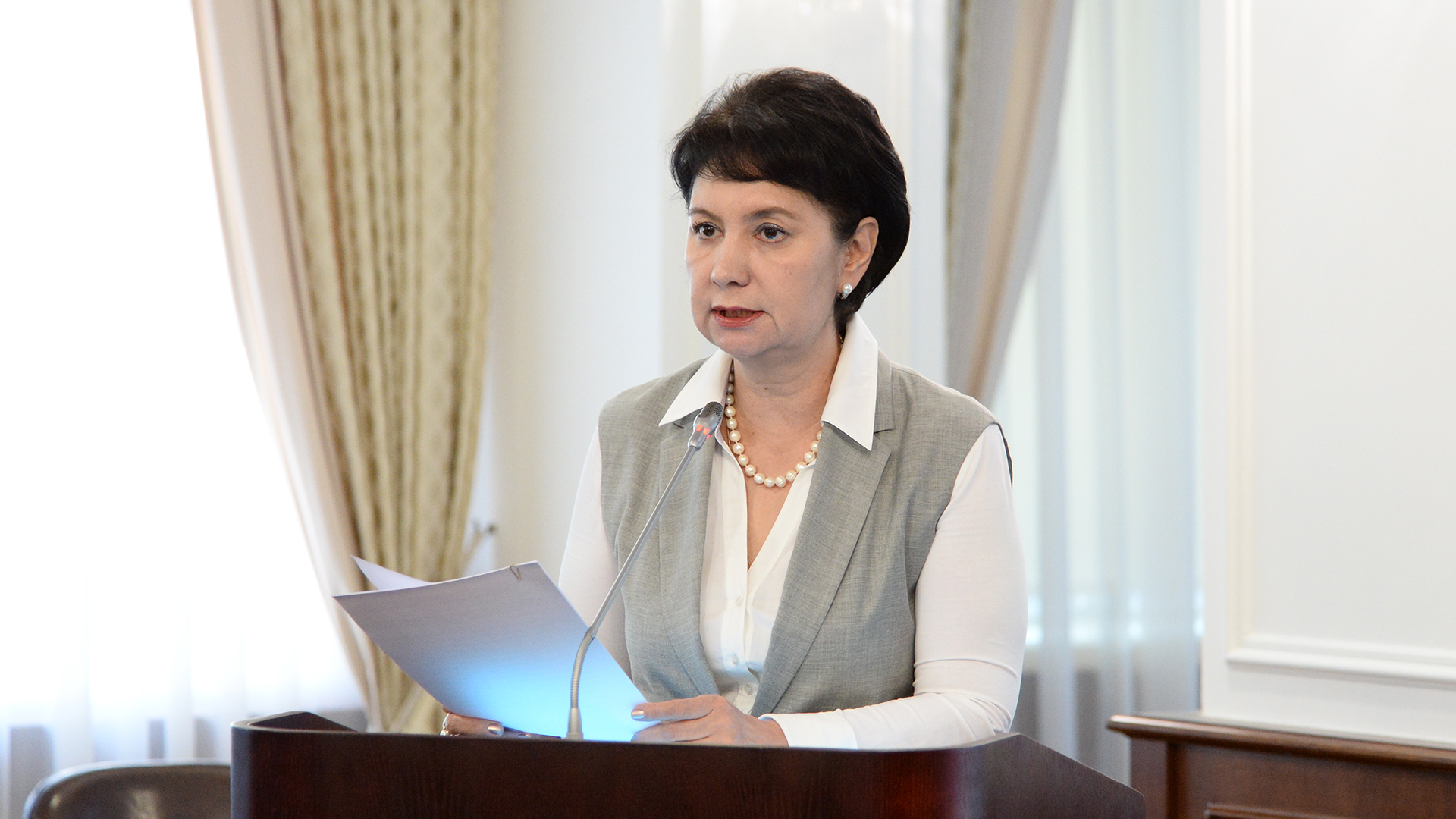 At the Government session, the Deputy Prime Minister Gulshara Abdykalikova reported on measures to fulfill the instructions of the Head of State given July 15, 2019, at the extended meeting of the Government.

To establish clear, transparent procedures and strengthen control over the provision of targeted social assistance, the following measures are carried out:

In the event of the detection of fraud and corruption, relevant materials will be promptly sent to law enforcement agencies.

To improve the system of support for persons with disabilities from July 1, in Aktobe, the Social Services Portal has been introduced in pilot mode, under which, starting from August 2019, the needy will be able to receive technical rehabilitation equipment directly from providers. The widespread introduction of the Portal is planned from Jan. 1, 2020.

The Head of State paid special attention to the observance of working conditions and wages of employees of foreign companies. Today, a draft law has been developed, it provides for the consolidation of the duties and responsibilities of employers to create equal working conditions for workers and introduce a modern labor protection management system.

“To implement these tasks, the Action Plan is being developed to prevent conflicts in enterprises attracting foreign labor. Inspections to several enterprises have been scheduled. Following the results, comprehensive proposals on improvement of legislative acts will be developed,” said Abdykalikova.

One of the Head of State’s instructions is to provide employment to the population. This year the task is to create at least 370 thousand new jobs. For 6 months, according to the reports of akimats, more than 186 thousand places were created.

To ensure monitoring, an information system — a map of new workplaces — has been developed.

The Head of State has instructed to adopt the Law on the Status of the Teacher before the end of this year. Its project has been developed. It provides material and non-material incentives for teachers, a set of measures to increase the prestige of the teacher, and protect the rights of teachers.

Another pressing issue is the elimination of emergency and three-shift schools. To this end, a new method of financing the construction and capital repairs of schools has been proposed since 2020. It provides for bringing funds to the regions, based on the per capita rate depending on the number of children of school age. Also, the construction of schools will use the PPP mechanism.

“Today, a number of measures are being taken to develop science. Changes are made to the existing regulations. They are aimed at changing the timing of competitions for grant and program-targeted funding, updating the composition of national scientific councils, increasing the requirements for their members, making changes to the rules of the state scientific and technical expertise," said the deputy prime minister.

In order to eliminate barriers to attracting investment from the private sector to science and the development of science, taking into account the experience of OECD countries, the Ministry of Education and Science needs to develop mechanisms for co-financing research from extrabudgetary sources.

All these activities will be reflected in the draft State Program for the Development of Education and Science for 2020-2025. As for innovations, additional budgetary funds will be provided in order to gradually bring the total expenditures in these areas to 5% of GDP.

As part of the project, the 2020-2025 State Program for the Development of Healthcare provides for a set of measures aimed at a gradual increase in the salaries of medical workers.

To improve the working conditions of health workers in the draft of the new Code “On the Health of the People and the Healthcare System,” it is planned to improve the image of the profession and introduce social and financial incentives. The draft Code will be submitted to the Parliament in September.

“In order to study the qualitative implementation of the Compulsory Social Health Insurance system in August, an audit on the regions’ readiness to introduce the insurance will be conducted. The questions of fully updating the status, citizens' attachment to polyclinics, and technical readiness of medical organizations will be studied,” said Abdykalikova.

In preparation for the implementation of the insurance, a pilot will begin Sep. 1, 2019, in the Karaganda region. The provision of some medical services from the insurance package, identification of the status of insured persons, and separate accounting of funds will be tested.

By Oct. 1, 2019, the integration of information systems will be completed, as well as the automation of the process of selecting suppliers of medical services.

In general, the informational and explanatory work on the rights of the population on health protection, the list of free medical services and drug provision will be strengthened.

Transition to Concept of "Hearing State"

Today there are several problems in the work of mass communications: the inefficient use of communication channels; the formal approach of government agencies to highlight their work; insufficient involvement of the population in decision-making processes.

In this regard, it is proposed:

These measures will increase the level of public trust in the state, as well as ensure the effectiveness of communications.

The Year of Volunteers

The Head of State declared 2020 as the Year of Volunteers. During the year, it is planned to implement 7 national projects in the areas of healthcare, social services, culture, etc. Also, activities at the regional level are planned: support and implementation of up to 10 startups in each region; organization of coordinators for work with volunteers and volunteer organizations.

“For the timely execution of the Head of State’s instructions, the heads of state bodies need to take comprehensive measures,” said Abdykalikova in conclusion.