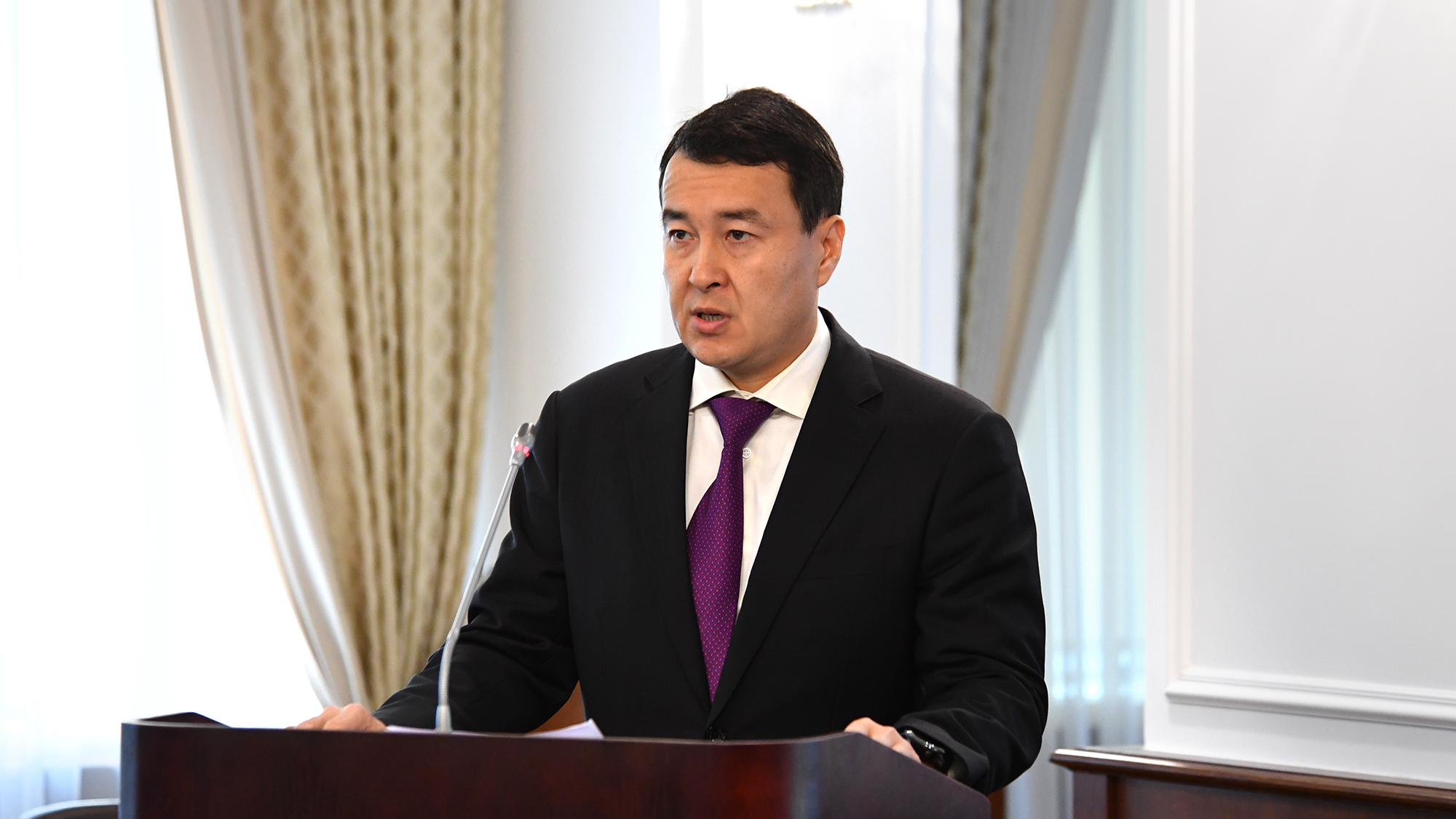 At the Government session chaired by the Prime Minister Askar Mamin, the Action Plan for the Implementation of the Electoral Program of President Kassym-JomartTokayev and proposals received from citizens during the national action “Bіrge” was reviewed.

According to Smailov, the action plan focuses on increasing the responsibility and accountability of government officials for the implementation of government programs and the use of budgetary funds. A set of measures will be developed aimed at improving budget planning, as well as eliminating ineffective image spending.

In addition, measures will be taken to develop and support entrepreneurship, in particular, to stimulate the development of entrepreneurial initiatives and improve the business climate.

In order to assess the effectiveness of the measures provided to support business this year, an analysis of government programs will be conducted. Based on the results, new approaches will be developed taking into account the reciprocal obligations of entrepreneurs.

In 2019, the State Program “Business Road Map-2025” will be developed, under which the business will continue to be supported in a new format.

The “transitional period” of the new norms and the principle of “Bona Fides” presumption will be introduced into the legislation.

An analysis of the situation in key commodity markets will be carried out and a Roadmap will be developed to eliminate barriers to competition and to prevent the abuse of a monopoly position.

Smailov also announced plans to adopt the Law “On Rehabilitation and Bankruptcy” in a new edition using the best practices of OECD countries.

“It is necessary to optimize the types of taxes and digitize tax administration. A mechanism for granting tax credits will be introduced. Measures to improve legislation and law enforcement practice on public procurement and procurement of the quasi-public sector will be taken,” Smailov informed.

As part of the action plan, the issue of limiting the use of transfers from the National Fund and the dependence of the budget on the commodity sector will be worked out, work continues on the development of the stock market and the IPO of national companies.

At the same time, emphasis will be placed on ensuring the transparency and targeting of social assistance, the establishment of uniform standards of guaranteed social support. The accumulative pension system will be improved on the basis of building long-term actuarial models.

It is planned to develop a state program for the development of health care until 2025, providing for new formats of medical care, reducing the shortage of personnel, expanding the possibility of obtaining medical care.

Positive changes are also expected in education. A state program for the development of education and science for 2020-2025 will be developed, with full coverage of children in quality preschool education, completion of the transition to the updated content of secondary education, a phased transition to 12-year education, the introduction of trilingualism, and the increased contribution of science to the development of the country. To support the status of teachers, a draft law “On the Status of a Teacher” has been developed, aimed at increasing their prestige, professional growth, and exemption from performing unusual functions.

In general, expenditures on health care and education are planned to increase by 2025 to 5% of GDP in each area.

The state program "Enbek" will improve the mechanisms for promoting employment, encouraging employers to get their employees new knowledge, development of social entrepreneurship. It is planned to develop an Integrated Employment Monitoring System with the formation of a unified database for creating new jobs, an Atlas of new professions and competencies.

Deputy Prime Minister Zhenis Kassymbek, in turn, said that in the Progress section of the Action Plan, measures aimed at the dynamic development of the economy, infrastructure, affordable housing, ecology, and the creation of a modern aul were included. 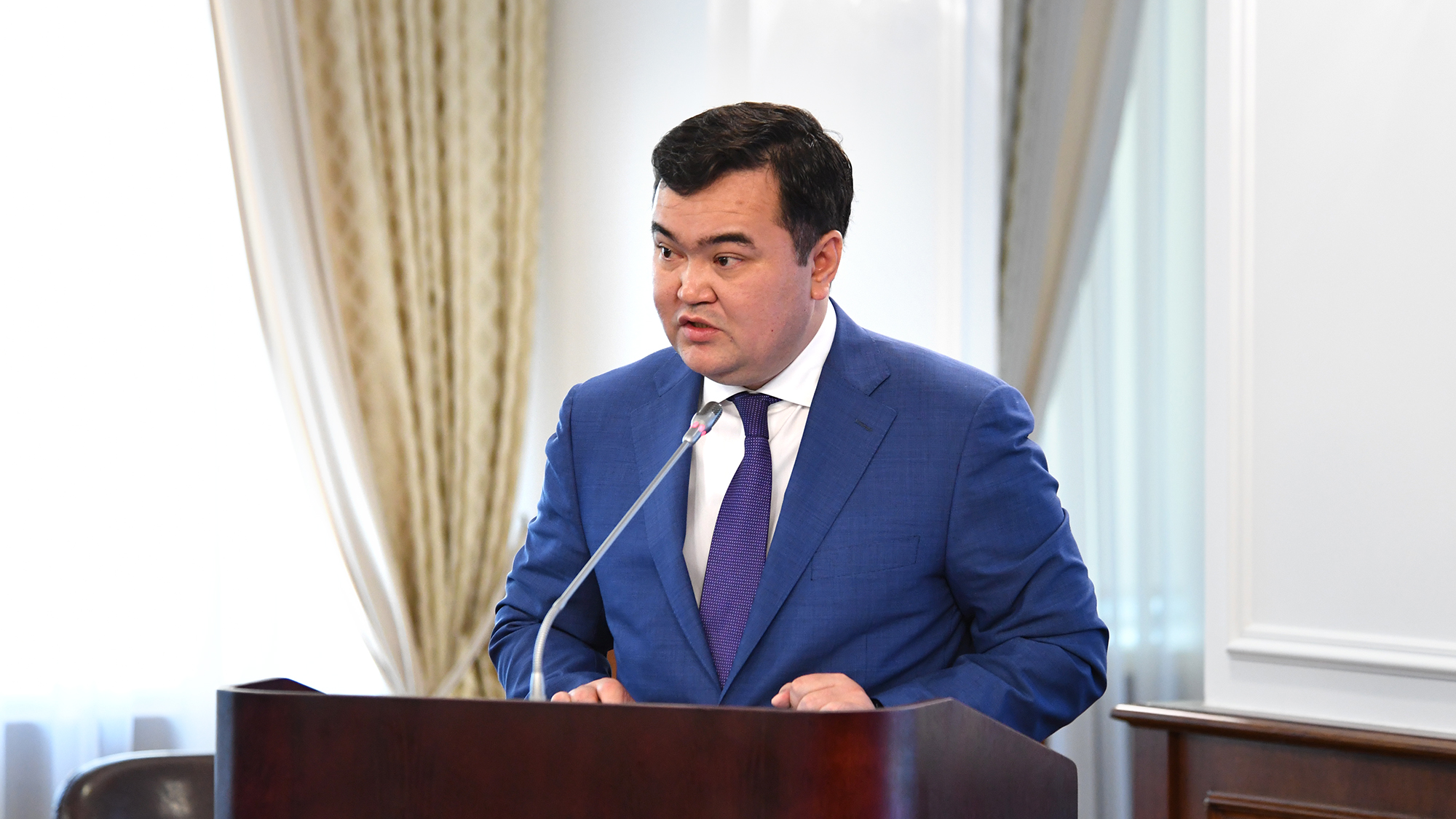 Dynamic economy – the basis of well-being for all

By the end of the year, the state program of industrial-innovative development for 2020-2025 will be adopted, which will focus on further improving the competitiveness of the manufacturing industry.

Particular attention was paid to the increase in local content. Measures developed jointly with the Atameken will allow reloading more than 1,000 domestic enterprises, increasing the local content of manufactured goods up to 60%, as well as stimulating the development of branches of the “economy of simple things.”

As part of the implementation of the Action Plan, a separate package of measures (a roadmap) is being developed to increase local content in the procurement of subsoil users and backbone enterprises.

Until Nov. 1, changes will be made to the state program for the development of the agro-industrial complex, aimed at increasing the efficiency and transparency of subsidizing the agro-industrial sector, rational use of land resources and pastures, and expanding new irrigated agricultural land. As a result, in 2021, labor productivity will increase by 2.2 times compared with 2017, the volume of gross agricultural output — by 1.7 times, the volume of investment in fixed assets in agriculture — by 3 times. All the necessary legislative changes will be provided in the Law “On Amendments and Additions to Certain Legislative Acts on Agro-Industrial Complex Issues.”

At the same time, Kassymbek reported that by the end of this year the Government will adopt the Nurly Zhol State Program for Infrastructure Development for 2020-2025. The formation of a unified transport system of the country within the Center-East, Center-South, Center-North and Center-West corridors will be completed.

In addition, as part of the country's gas supply, the Government will ensure the timely completion of the construction of the Saryarka gas pipeline. The launch of the pipeline will provide natural gas to a population of 171 settlements, including the cities of Nur-Sultan, Karaganda, Temirtau, and Zhezkazgan. This will also improve their ecological condition.

To solve the housing problems of large families in the framework of the Nurly Zher, 40 thousand rental dwellings will be built until 2025. For today, since May, 1,480 large families have been provided with attraction of investments and sponsors. In general, by the end of the year more than 7 thousand families will be provided.

To solve the housing problems of working youth, 3 thousand apartments will be built in 3 years.

As a result of the program, 650,000 families or more than 2 million citizens will be provided with new housing. To this end, it is planned to introduce at least 12-13 million m² per year annually as part of the program.

Also today, the Environmental Code is being developed, under which it is planned to encourage industrial enterprises to introduce the best available cleaning technologies and drastically reduce emissions.

By Dec. 1, 2019, the Government will approve a state program for the development of regions until 2025. The main goal is to improve the quality of life of the population through controlled urbanization, increasing the availability of social benefits to the population according to the principle of “walking distance.”

As part of the state program for the development of rural settlements, a comprehensive program “Aul – El Besigi” on the modernization of rural infrastructure is provided for. Together with the regional akimats, 52 rural settlements were selected in 2019, where 452 events will be implemented. As a result, this year the program “Aul – El Besigi” will cover 700 thousand people, and by 2025 — 83% of the rural population or 6.5 million people.

At the same time, special attention will be paid to the development of the outskirts of the large cities of Nur-Sultan, Almaty and Shymkent, since almost one fifth of their population is not provided with the necessary infrastructure. For the next three years, 85 projects will be implemented, these measures will improve the quality of life for more than half a million people.

“The Government’s primary task is to determine the implementation of the election platform. Timely and high-quality execution of the Action Plan will ensure the well-being of citizens and solve social issues,” said Kassymbek in conclusion.