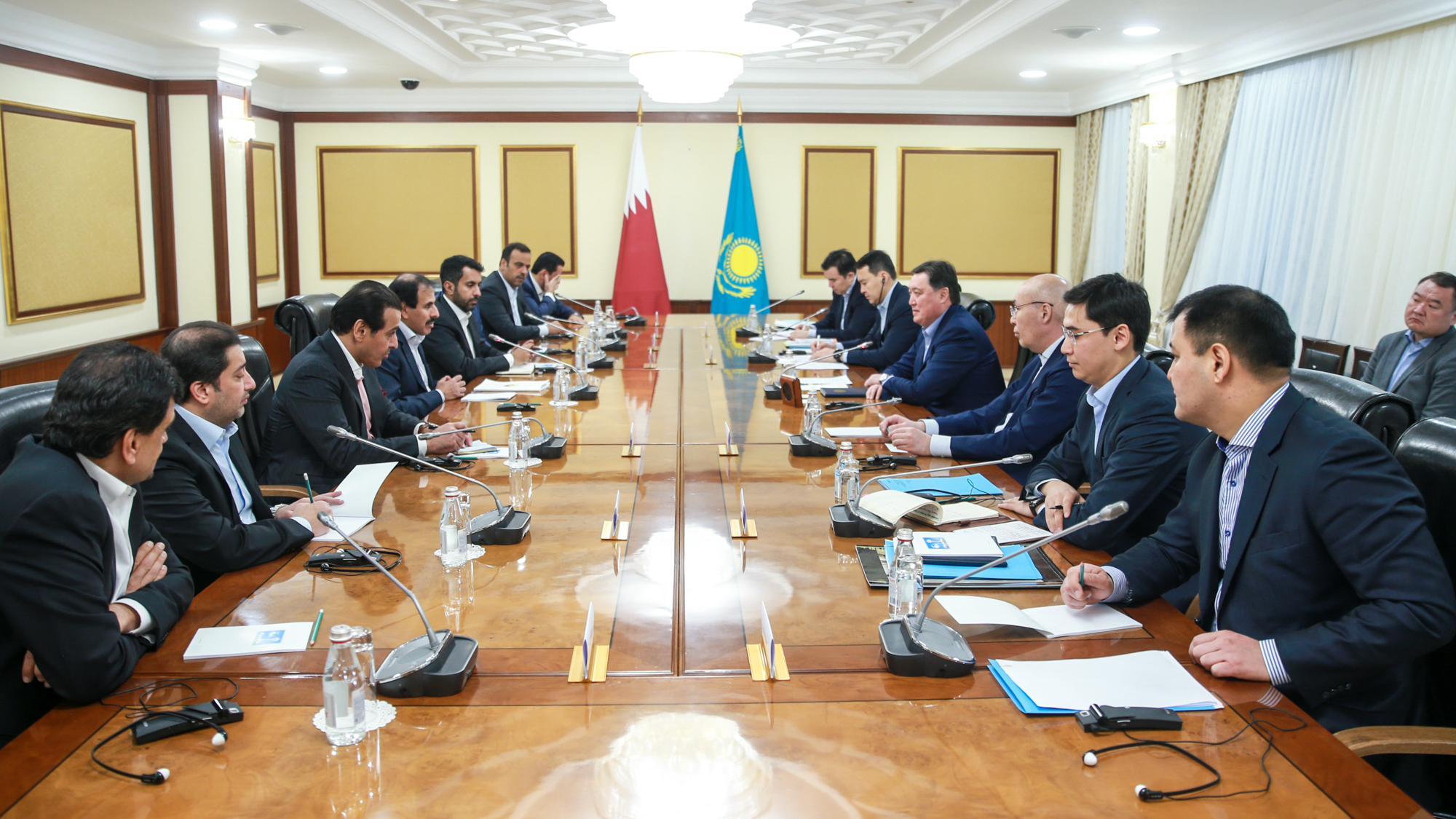 “Qatar is an important political partner of Kazakhstan in the Arab world. A confidential and open political dialogue, founded by the First President of Kazakhstan – Elbasy Nursultan Nazarbayev and the senior leadership of Qatar, has been established between our countries. The Head of State Kassym-Jomart Tokayev, adhering to continuity in foreign policy, pays great attention to the development of cooperation with Qatar,” Mamin said.

The head of government noted a significant potential for enhancing cooperation in trade, economic, investment, financial and banking and other fields.

A visa-free regime has been established between the countries; in the near future it is planned to launch direct flights between Nur-Sultan and Doha. In addition, regular flights seven times a week, not only between capitals, but also between Almaty and Doha, are to be introduced.

The parties discussed the prospects for bilateral cooperation in the investment and financial banking sectors, including the opening of representative offices of Qatari banks in the jurisdiction of the Astana International Financial Center.

In order to develop contacts between entrepreneurs of the two countries and implement joint investment projects, an agreement was reached on holding a Kazakh-Qatari business forum in 2020.